Annihilation shouldn’t feel like a revolutionary piece of science fiction in 2018, but it is. The reason why it is making waves isn’t related to the cosmic horrors lurking beneath its surface or the creeping sense of dread with which it will fill you. Annihilation feels revolutionary because, unlike so many movies hitting theaters nowadays, its story doesn’t revolve around a stubbly white dude hanging out with other stubbly white dudes spouting action movie platitudes and gruff one-liners. Annihilation is a heady, thoughtful sci-fi horror film that focuses on a team of five women, each an expert in her own field—that list ranging from psychology to biology to geology and beyond. These women stare death in the face as they venture beyond a mysterious barrier called the Shimmer that guards a land known as Area X, a place where the rules of nature seemingly no longer apply. However, these characters are not defined by their gender. They are not just “strong female characters.” Rather they are fully realized, complex characters with passions, insecurities, and distinct personalities that make them feel like actual human beings rather than tokenized offerings.

[brightcove video_id=”5735423967001″ brightcove_account_id=”3653334524001″ brightcove_player_id=“rJs2ZD8x”]
“When you have many women, they start being differentiated because of their personalities,” Annihilation‘s star Natalie Portman told our reporter, Maude Garrett, at a recent Los Angeles press day. “You’re not ‘The Girl.’ When you’re one woman in a movie full of men, you’re ‘The Girl,’ and that’s what defines you. But when there’s many people of the same gender, you start being differentiated by what you have to offer—your ideas, your talents, your specificity.”

Nerdist also sat down with stars Tessa Thompson, Gina Rodriguez, Jennifer Jason Leigh, Oscar Isaac, and writer-director Alex Garland to talk about why Annihilation‘s characters resonate so powerfully, how the film flips the script on what we’re used to seeing at the box office, and much more. Annihilation is in theaters now. Read our review! 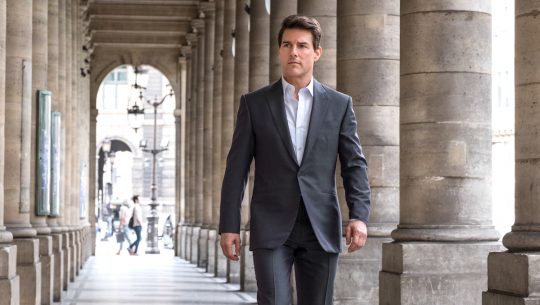 Movies
Everything We Know About MISSION: IMPOSSIBLE 7 & 8
Nerdist
3 MIN READ