Anime for the Non-Anime Viewer - Nerdist

Anime for the Non-Anime Viewer

For American otaku, it’s a decades-old dilemma. You love anime and wish your friends, family and significant others could learn to love it, too. But every time you try recommending a title, your efforts are rebuffed because there’s always some little, arbitrary detail there to confirm outsiders’ worst stereotypes about the art form. If only they could look past the shrieking “level up” sessions, the nosebleed-inducing ribaldry, or worst of all, the saucer-sized eyes and neon-colored hair! If only they could see what they’re missing…

Let’s make the conversion process a little easier, shall we? Here are a few excellent, approachable, hard-to-categorize series that reflect few, if any, preconceptions about anime…

And if there’s ever a Hollywood remake, it’d probably be written by Charlie Kaufman and directed by Michel Gondry. Like Eternal Sunshine of the Spotless Mind, the series uses madcap surrealism to dive deep into a melancholic and all-too-relatable human predicament. Namely, the regret college students feel when graduation approaches and they’re not sure if they got the “best years of your life” they were promised… 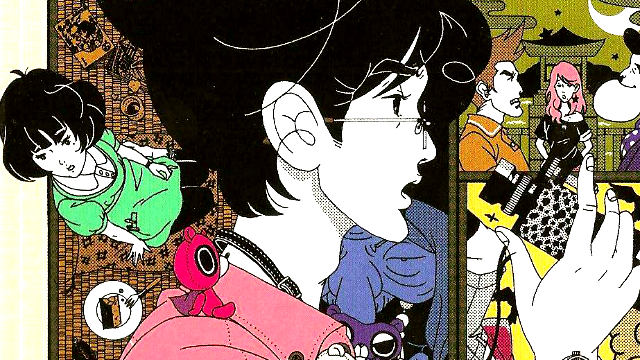 Our unnamed protagonist’s regrets center on which after-school club he joined freshman year. If only he’d have picked a different one, he frets, he wouldn’t have wasted precious social time and been stuck with only one creepy friend by graduation. If he only he’d picked the club his crush was part of instead! Well, after a Groundhog Day-style twist, he can try to rectify that, reliving college each episode in a different club, from debate to tennis to bee-keeping.

Without giving too much away, the lesson our lead ultimately learns is a refreshing alternative to the usual pap platitudes this kind of premise usually reaches for. Be forewarned, though, the show has rapid-fire, Sorkin-esque dialog and has never gotten a dub. So… be ready to read fast. And to rewind a lot.

The elevator pitch might be “Thelma and Louise meets City of God.” A hot-headed convict busts out of prison, rescues her estranged daughter from an abusive foster family, and embarks on a journey to find the little girl’s long-lost father. Their road trip blazes through a pseudo-Brazil’s criminal underworld, but as they run from cops and gangsters alike, it becomes clear that none of their family ties are actually as they seem. 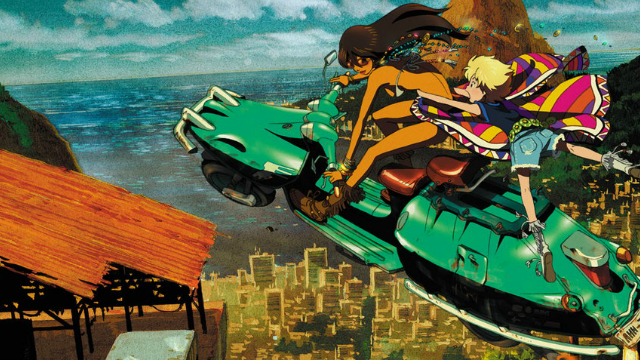 Once again, the art style sharply sets this apart. Michiko and Hatchin sports a rich, saturated color palette, and every frame has a sort of Sun-drenched scratchiness. It looks less like an anime, and more like a gritty independent film playing at Cannes. And it also boasts a flourish rare to animated television, in general: people actually change their clothes! Indeed, instead of making things easier by sticking to the same character model for 22 episodes, the animators mix it up every time, giving the gals new outfits modeled from contemporary fashion.

Cowboy Bebop mastermind Shinichirō Watanabe didn’t write or direct this, but his presence as a producer is unmistakable. There’s an eclectic spread of cultural, musical, and artistic influences on display, making for a thoroughly cosmopolitan ride.

If you liked King of the Hill, you’ll groove to this series’ low-key comic sensibility. Even the character designs look like they’re drawn by Mike Judge. See…? 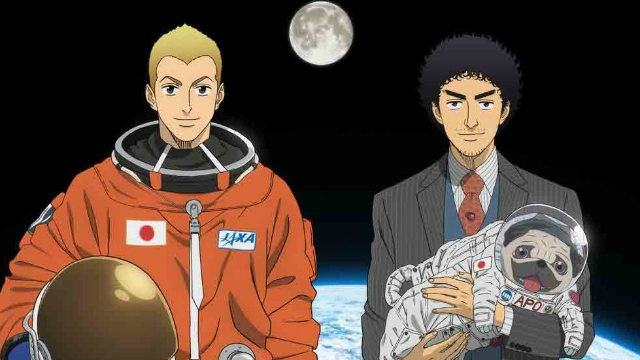 With a title leaving little to the imagination, Space Brothers is indeed about two mis-matched siblings training to become astronauts after years of estrangement. Well, more specifically, it’s about Mutta, a lovable ne’er-do-well who applies to Japan’s space program in a last-ditch attempt to seize his childhood dreams. His brother, Hibito, never let go of those dreams, though, and he’s been pursuing this program all his life. If you think putting an over-achieving straight arrow and a frazzled goofball on the same roster is a recipe for all sorts of comical misunderstandings and shenanigans, then you’ll get more than a few chuckles here.

This could technically be classified as science fiction, being set in the year 2025. Change a few specifics, though, and the plot could work just as well today (or even in the 80s or 90s). It could be classified as a sitcom, too, but it’s not a series of interchangeable told-in-ones. Rather, it’s a leisurely-paced epic, taking its time to show every step of Mutta’s journey to the stars over 99 serialized episodes. Even with the outlandish premise, the stakes are never too high, and character concerns are always put first. By the end, you’ll want to enlist in the program yourself, if only just to hang out more with Mutta.

What shows have you used to introduced your friends and loved ones to anime? Let us know in the comments!