Known worldwide as the godfather of both anime and manga, Osamu Tezuka’s cultural influence can never be over-stated. As pioneering as Walt Disney, and as prolific as Jack Kirby, his choices as a cartoonist have been imitated for so long, and by so many, that they’re essentially artistic institutions, now. Ever wonder where the big eyes of anime came from? It was him.

The rub with legends, of course, is that they can start seeming inaccessible to newcomers. And since Tezuka has such an overwhelming number of titles to his name, it’s tough to decide which to start with. Should you watch Metropolis and Kimba the White Lion? Or should you read Alabaster and Phoenix? Well, let’s make such questions a little easier.

Here are some simple entry points that best represent the different aspects of Tezuka. Check ’em out, and know that once you get through with ’em, there’s plenty more to follow up. 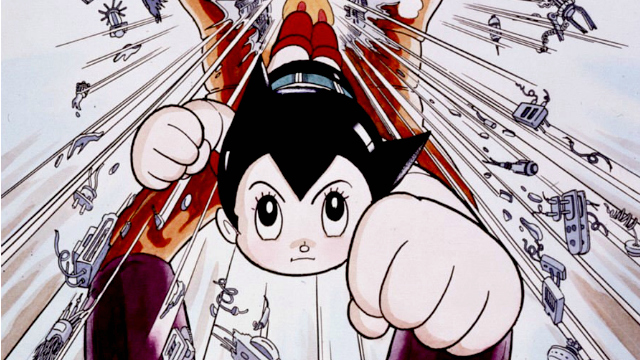 Basically, he’s Superman for the manga industry, and Mickey Mouse for the anime industry. A hero whom all successors have emulated, in one way or another; and a star whose show pioneered techniques still necessary to produce weekly animation. His is the classic story: an artificial child built by a scientist to replace a dead son. The tragedy doubles, however, when this creation is abandoned for not being human enough. After a stint in the circus, little Astro Boy is adopted by a more accepting scientist who, naturally, puts him to work–defending humans from robots gone bad!

Astro Boy’s strips are delightful children’s adventures with boundless whimsy radiating off every panel. However, being comics of the 50s and 60s, they do recquire a lot of patience from the modern reader. In fact, Pluto (by contemporary manga artist, Naoki Urasawa) may actually be a more palatable entry point to this franchise. Like Sandman Mystery Theater, it retells one of Astro Boy’s most famous adventures with modern storytelling sensibilities. 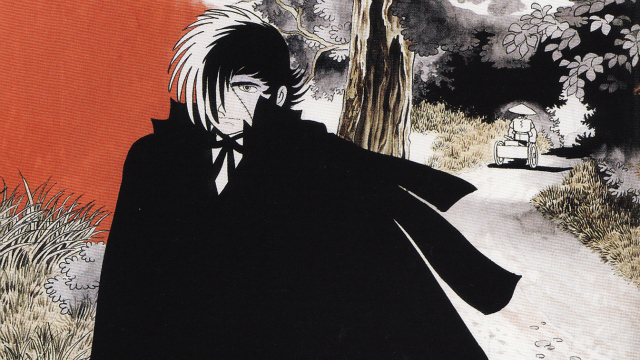 What if Dr. Frankenstein made a monster out of himself? That’s the easiest premise to sum up another of Tezuka’s most enduring characters; but it still undersells how genuinely bizarre Black Jack is. A bit like John Constantine and a bit like House, MD; this rogue doctor with a bad attitude specializes in patients and ailments existing at the outer limits of medicine. In one adventure, for example, he performs “emergency surgery” on a deranged, Skynet-like supercomputer.

Oddly enough, the strip is a highly personal work for Tezuka, drawing upon his earlier training as a physician. The depictions of internal organs, diseases and medical procedures are highly detailed and accurate–almost jarringly so, at times. Indeed, Tezuka never had qualms about rendering macabre subjects with the same whimsical, cartoonish style he’d use for Astro Boy. How macabre? Well…

Black Jack’s Girl Friday, Pinoko, is basically a parasitic growth he cuts out of patient’s body. For mercy, he grants the biological oddity a second chance, assembling her loose organs into a doll-like prosthetic body. The little moppet develops an unrequited crush on Black Jack and, of course, it’s all treated matter-of-factly. 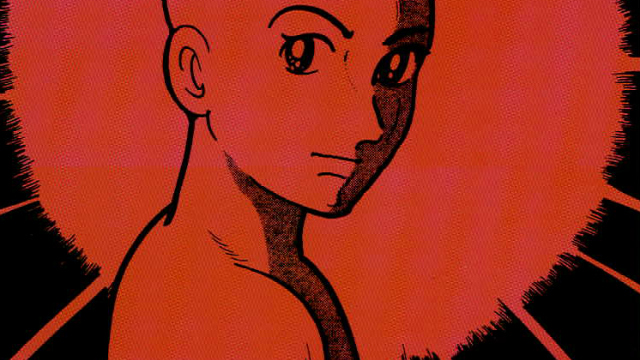 Tezuka’s ambitions grew more meditative in his later years, and few subjects on Earth could be more meditative than this world famous journey toward enlightenment. Produced over ten years, Buddha covers each step of Prince Siddhartha’s life in thorough detail. Everything: from his providential birth, to his rejection of kingly riches, to his reinvention as an ascetic guru. These parts are handled respectfully, and with an almost hypnotic tone.

However, what makes Tezuka’s take intriguing is that he weaves characters of his own invention into the epic. And the more one knows about Buddha, the stranger these additions seem. Indeed, there’s an entire sub-plot about a vengeful orphan with the power to swap his mind with any animal’s. It plays like Apocrypha writ by Disney, with all the slapstick shenanigans of Dumbo.

Great art, unfiltered by corporate homogenization, is really meant to cross wires, though. And only Tezuka could pull off a deeply philosophical reflection on desire, suffering, and reincarnation that can also be described as cute, at times.

What other classics are required reading for a Tezuka 101 syllabus? File your suggestions below.