On Thursday morning, Nintendo graced the web with a Nintendo Direct presentation about the Switch’s upcoming game Animal Crossing: New Horizons. The latest entry to the nearly twenty-year-old Animal Crossing franchise will hit the Nintendo Switch on March 20, becoming the fifth game in the main Animal Crossing series and the eighth overall (including its three spin-off games released between 2015 and 2017). So how will New Horizons distinguish from its brethren? Well, the latest Nintendo Direct shed a little bit of light upon this matter.

The set-up of New Horizons is that Tom Nook’s blooming travel agency, the Nook Inc. Deserted Island Getaway Package, sends the player to a (not quite deserted, despite the name) island, where they might be expected to spend their days doing the usual Animal Crossing shtick: building a life, keeping a home, creating items, forming friendships with the locals, and so forth.

As far as the island you will call home, you’ll actually get a good deal of say in its layout and location. Upon the inception of the game, you will be given the option to choose which hemisphere your island is located within, determining the timing of the season your character will experience. You will also be given four different island layouts to choose between.

On a smaller scale, New Horizons has updated how you’ll be able to arrange things like furniture and other decorative accoutrement; it is instituting an overhead view for placement thereof, making it easier to plop down a couch or flower pot in your spot of choice. And it’s not just your own stuff that you’ll get a say in arranging. You actually get to choose where your neighbors’ homes will stand, which should prove quite a boon to the arrangement and cultivation of your land. Finally on the topic of playing God: as the game progresses, you will have the ability (and legal permission!) to terraform your island, affecting the direction and size of land and bodies of water. 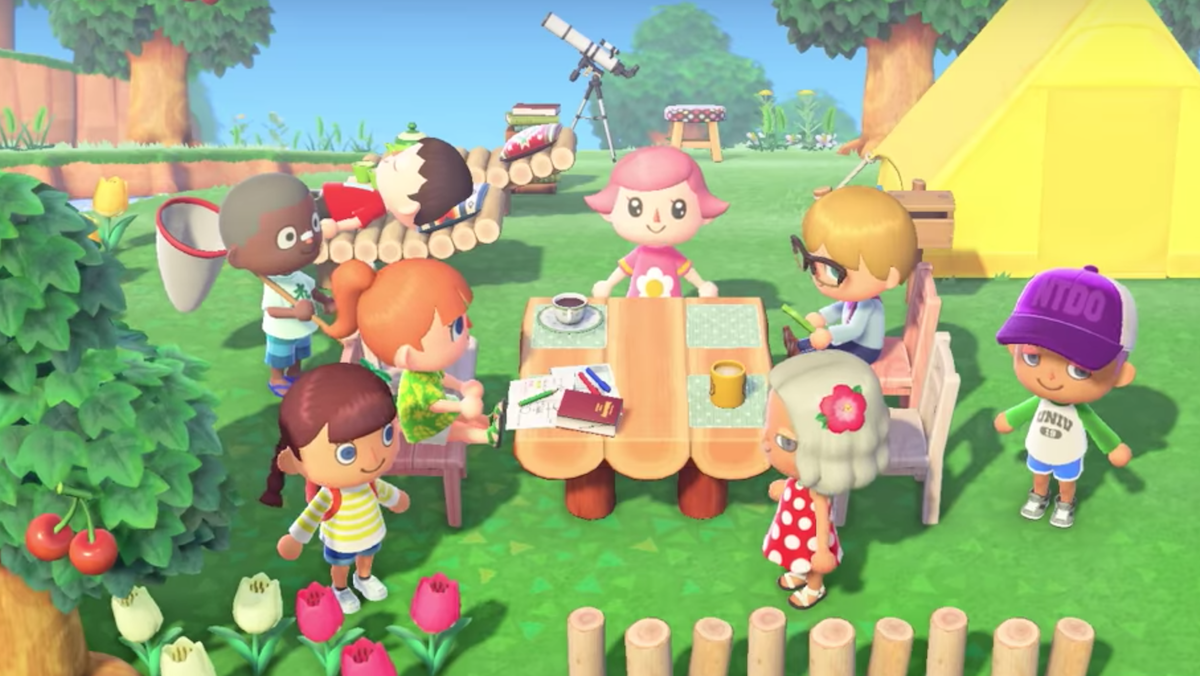 As you can tell, our main takeaway from the Nintendo Direct was that New Horizons seems like it will allot the player more control over the landscape than Animal Crossing ever has before. Beyond this, we also learned that the game will feature a multiplayer mode allowing for up to eight players (though only four players on local multiplayer) in a single game, traveling to and from islands by way of the Dodo Airlines. But do not fret, control freaks and paranoid gamers! Fellow players will not be able to screw with your materials.

Further additions to the Animal Crossing universe by way of New Horizons will be Nook Miles (a form of currency in the game), a feature that helps you find your way back home if lost on your sprawling isle, and an ongoing addition of holidays via free updates. Oh, and if you’re in the market for some educational fun, you’ll be happy to know that New Horizons is bringing in the fan favorite museum!

All in all, pretty exciting mix of new and old.