Horror has historically broken the mold with heroes who don’t fit into the usual expectations and stereotypes. Crypt TV’s Kinderfänger certainly follows this precedent with its protagonist Olivia. She is a mild-mannered Deaf teacher and abuse survivor who works with at-risk youth at a local music and arts center. A missing student sets Olivia on a dangerous mission which leads her right towards a powerful ancient force.  The series, currently airing on Facebook Watch, stars The Walking Dead’s Angel Theory, who has progressive hearing loss. Theory wants to change how the industry (and the world) sees Deaf and Hard of Hearing people on TV and in real life.

Theory works as a Kinderfänger co-executive producer; her input from her personal experiences and research provided the framework for an accurate depiction of Olivia. “I was able to give my ideas and let [the creators] know that the character is doing something in the script that isn’t really realistic for a Hard of Hearing or Deaf person,” Theory told Nerdist. “Throughout filming and scripting, I was in a position where I could say, ‘I want this to be authentic and realistic and this is what would happen in real life.’ And the creators were open to my ideas.” She also reached out to abuse survivors to understand how Olivia’s past would affect her present interactions.

A Different Type of Heroine 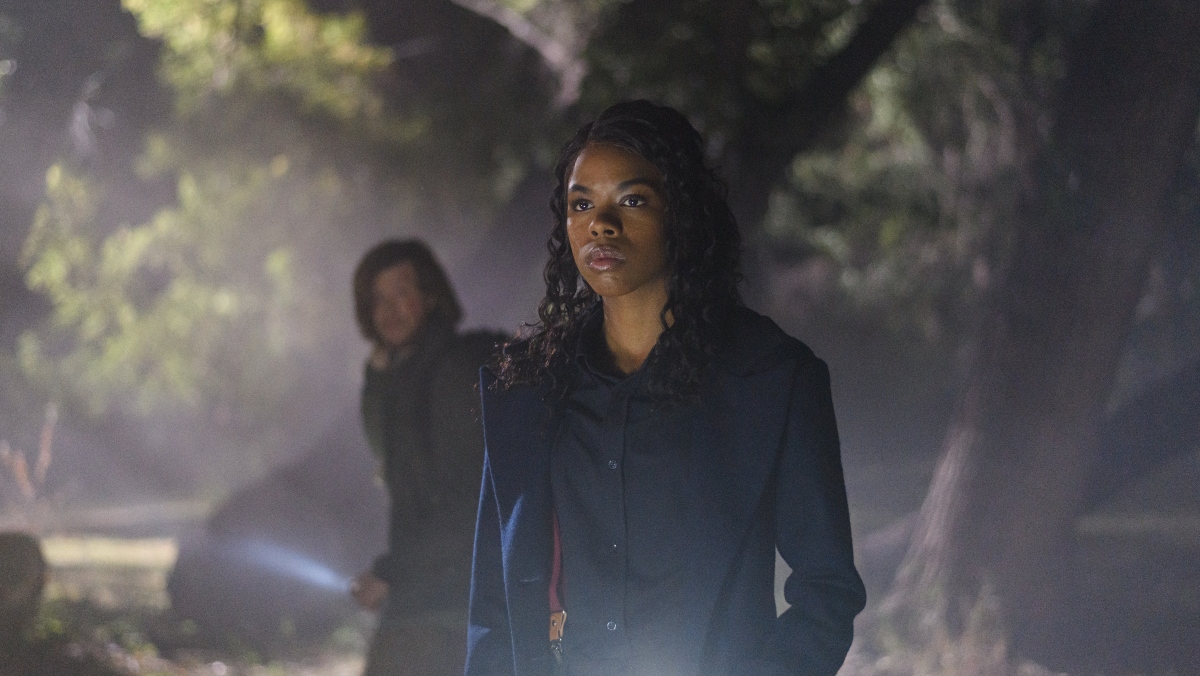 In Kinderfänger, Olivia uses a combination of hearing aids, sign language, and her voice to communicate. She begins to hear (and see) strange things and starts to dig into this dark mystery alongside Wallace, a man with information she needs. They uncover the story behind Kinderfänger, a pied piper creature who uses his instrument to lure and hypnotize children. Many of the kids, like Olivia, come from abusive homes and are essentially the “forgotten” people in society. Her intimate understanding of their plight and ability to hear this haunting song make her the hero who must come to save the day.

Some people would consider being deaf or hard of hearing to be a “detriment” in a horror situation; however, it is not a barrier nor the crux of Olivia’s story. Her core wound stems from childhood sexual abuse by a family member. Like Theory and others who are deaf or hard of hearing, their hearing abilities don’t fully define their lives.

“Yes, being Hard of Hearing and Deaf is a part of my identity, but that doesn’t make up who I am as a complete entity,” Theory affirmed. “People think that because you are deaf that’s your only problem in life…or that it’s a problem at all. And it’s not. Is it something that can be an obstacle? Yes. But it won’t stop someone from doing whatever they want to do. Olivia’s problem isn’t her hearing, it’s everything else. We all go through things, no matter what disability you may have. We all go through drama, family issues, and life. I think that’s something that people need to take away from Kinderfänger.” 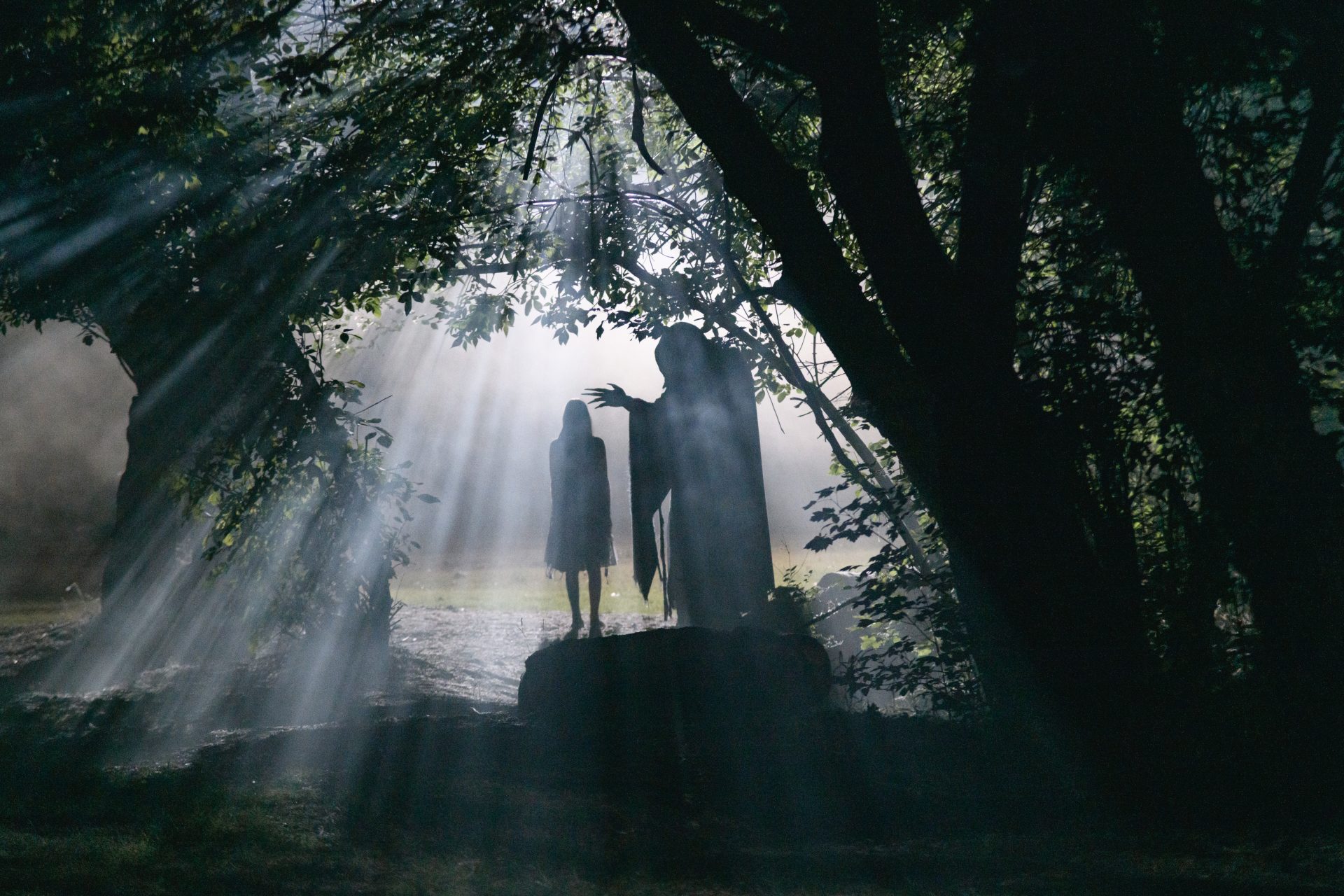 Olivia isn’t the typical “badass female” type that often gets all the shine. She’s decidedly quiet, vulnerable, and sensitive with a very subservient attitude towards her verbally abusive mom. Theory hinted that Kinderfänger will set Olivia toward a reclamation of power, in the direction of healing and self-advocacy. There is often a push to turn characters who are perceived as “weak” into “strong” people. But the core of Olivia’s persona will still remain intact, as she’s already a powerful and great person.

“I think that vulnerability and pain show the most power within a woman,” Theory said. “And I think the strongest thing to do is actually embrace it and find a positive way to get those feelings out…showing Olivia’s pain, sadness, and depression makes [the viewer] appreciate her more. The strongest thing she did was take her pain and hurt and turn it into something that uplifted her. Olivia went through something traumatic and never got the feeling of true love but it didn’t stop her from being able to show love and empathy to others. She was able to find love within herself and give it to someone else like Marcus and her friend Tracy.”

The Future of Deaf Representation in Media 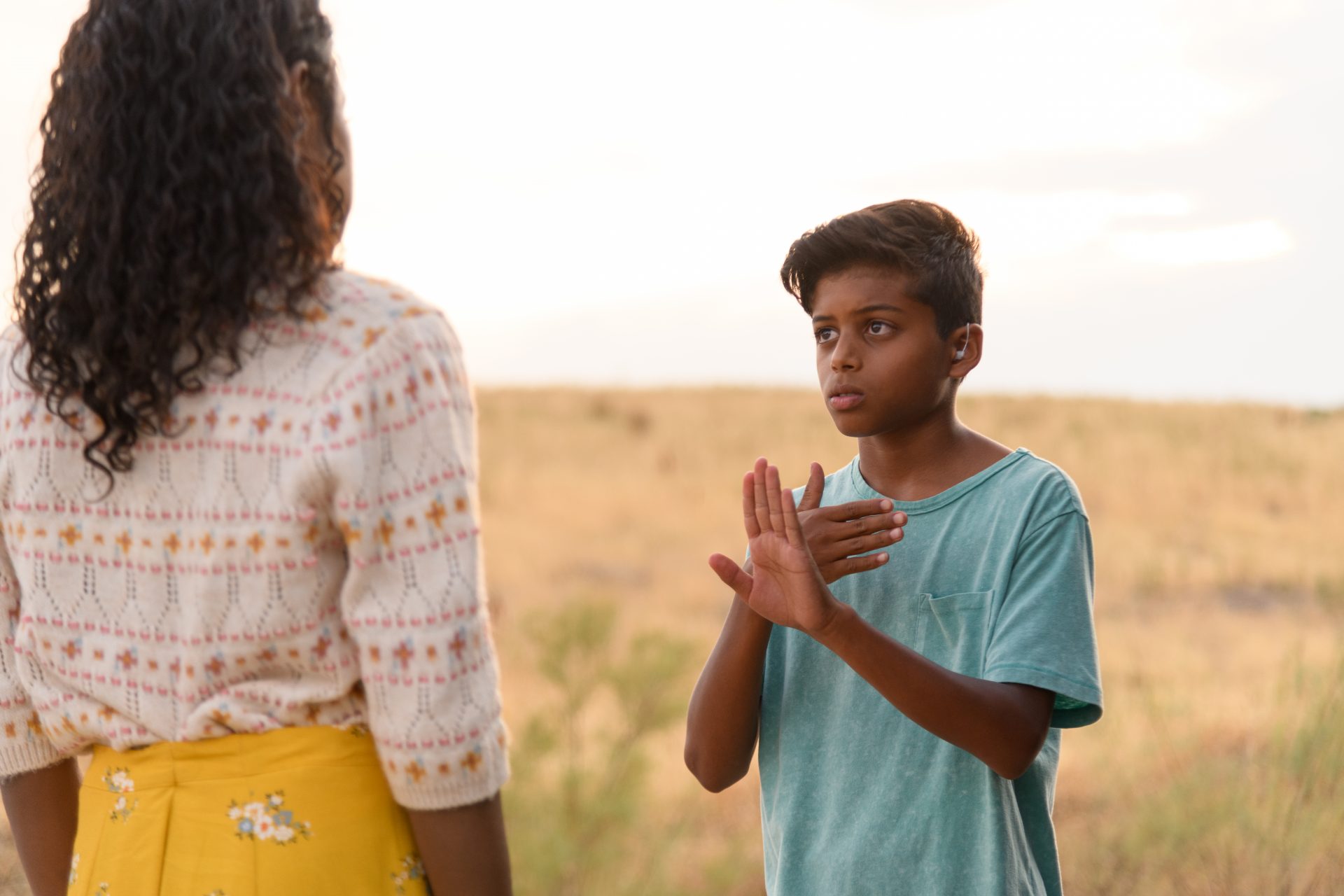 Olivia is the latest example in mainstream media of powerful yet realistic characters who happen to be deaf. There is Theory’s role as The Walking Dead’s Kelly, whose current hearing loss storyline loosely mirrors Theory’s experience. Kelly’s older sister Connie is deaf and solely uses American Sign Language (ASL) to communicate. Both characters are known for their keen survival instincts, fighting skills, and kind hearts as they teach other survivors ASL.

The Society’s Sam, Hush‘s Maddie, and The Quiet Place‘s Regan are all additional examples in the post-apocalyptic/horror genres which further expand onscreen representation for Deaf and Hard of Hearing people. Now we are seeing more ASL interpreters on the news, reality shows like Deaf U, and commercials with signing. It’s a slow shift that Theory hopes will become more of the norm.

“I think it’s so crucial for the hearing world to be able to see and experience things outside of what they consider to be their norm or what they are used to,” she said. “The ultimate goal is to have stories where you’re not having all of these ‘firsts’ [and] it’s just people from different backgrounds and telling the story.”

Right now, Olivia is proving that all it takes to be a formidable force is tenacity and heart. She’s not leaping off of buildings nor bashing in a killer’s head. But she’s willing to put her life on the line to save marginalized people and is learning to save herself too. That alone makes her one hell of a leading lady.