There have been a lot of exciting developments in the ancient Egyptian mummy space this year. In March, paleontologists unearthed a mummification manual. In May, researchers identified the world’s first pregnant Egyptian mummy. Now, a “DNA technology” company in Virginia has digitally recreated the faces of three ancient Egyptian males. And the illustrations may offer an accurate look back at people as they were more than 2,000 years ago.

DesignTAXI reported on the new illustrations, which Parabon NanoLabs unveiled at the 32nd International Symposium on Human Identification in Orlando, Florida. To build its forensic illustrations of the ancient Egyptians, Parabon sourced DNA that scientists at the Max Planck Institute in Germany sequenced in 2017. The Max Planck scientists extracted the DNA from mummies that came from Abusir el-Meleq, an ancient city south of Cairo. 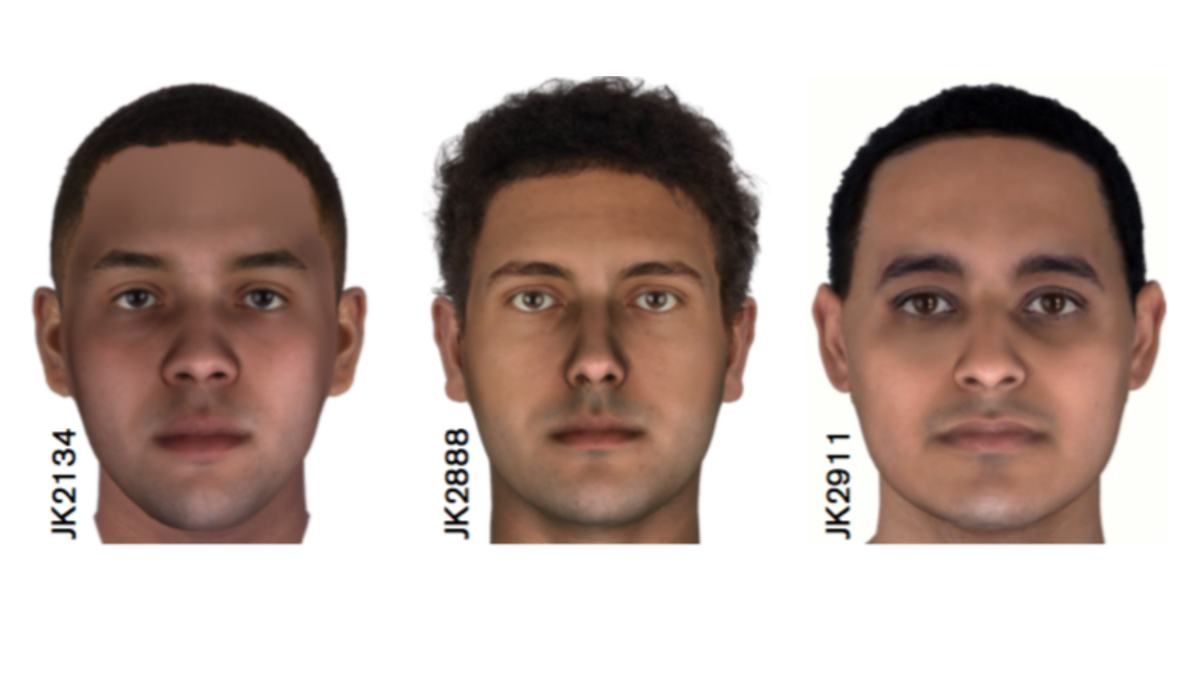 To turn the ancient Egyptian DNA into illustrations Parabon used DNA phenotyping. As the name implies, the process aims to predict an organism’s phenotype—that is, the set of observable characteristics of an individual resultant from the interaction of its genotype with the environment—based on a given genome. These observable characteristics include everything from eye and skin color to the size of one’s nose or ears, etc.

After using machine learning algorithms to identify genes associated with a range of phenotypical characteristics within the three mummies’ genomes, Parabon assembled the above images. The images depict three men, each around the age of 25. Parabon determined that their ancestry is more similar to that of modern Mediterranean or Middle Eastern individuals. Hence why the faces have light brown complexions and dark eyes with no freckles. 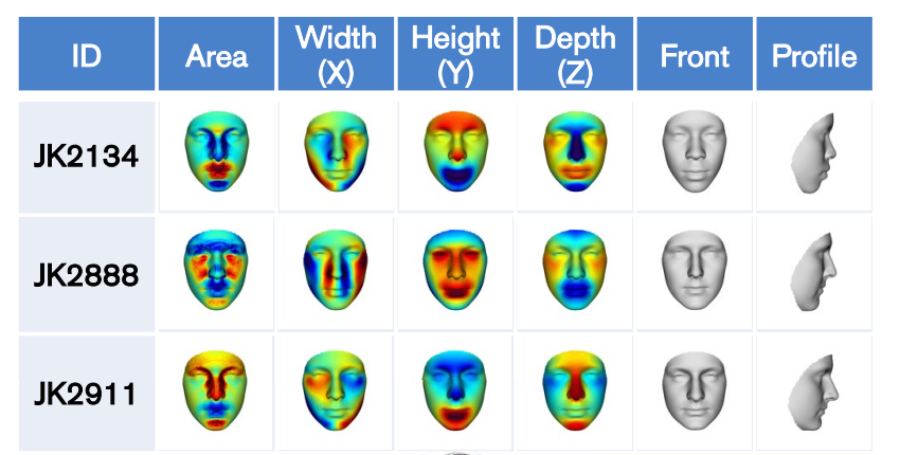 For the faces’ morphologies, Parabon used heat maps (above) to show how they differed in regards to their width or the depths of their features. The company then applied caricature and pigmentation predictions to generate complete composite faces.

As for the accuracy of the faces? It’s obviously impossible to say. Unfortunately, we don’t have any photos of these mummies from when they were people back somewhere between 2,023 and 2,797 years ago to compare these illustrations to. But Parabon does have some evidence it can pull off accurate face illustrations based on DNA. The company usually helps law enforcement find living people. And it’s had a handful of successes so far. Maybe one day Parabon could even help us figure out who’s descended from pharaohs.