Peru’s Ministry of Culture shared some purrfect news recently: archaeologists working at the Nazca Lines site discovered a giant drawing of a cat. We spotted the news at Gizmodo. Yes, people were obsessed with making pictures of cats even 2,000 years ago. This makes me feel better about the hundreds and hundreds of cat images I have on my phone. This massive etching, called a geoglyph, measures over 120 feet long and takes up most of a hillside. It’s been hidden because of the steep slope and natural erosion, but archaeologists successfully uncovered the creature.

They dated the cat geoglyph to the Late Paracas period. In a release, the Ministry of Culture notes representations of felines are frequent in the iconography of ceramics and textiles of Paracas society, a culture located on a peninsula of the same name in Peru. And the Nazca Lines site is home to other such geoglyphs too. The drawings scratched into the surface of the ground there depict multiple subjects. They feature animals such as monkeys, plants, and more whimsical drawings. These unique features led to the site gaining UNESCO World Heritage designation in 1994. 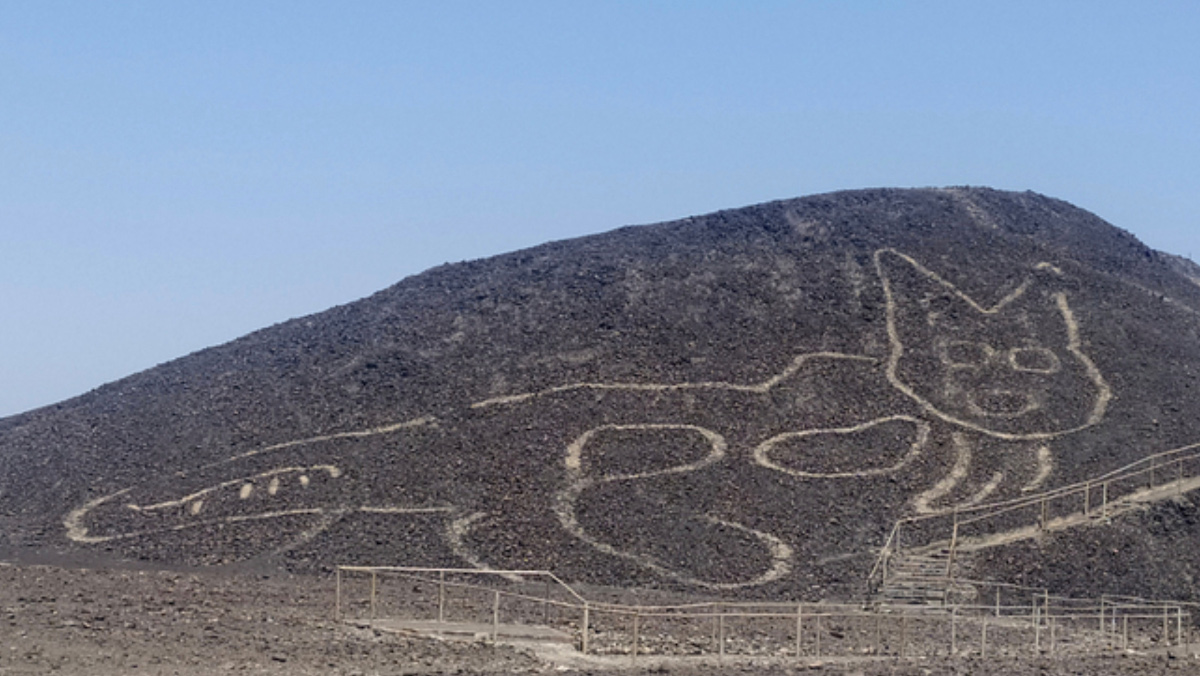 It’s good that designation already exists. Because the presence of a cat geoglyph alone warrants the site being special, so they would have had to do something celebratory if not.

The Ministry of Culture noted the cat drawing predates the more famous geoglyphs at Nazca Lines. The feline features a looser, rounder style than other geometric drawings there. Indeed this kitty looks pretty cuddly—even though it’s a carving in a hillside. In my head, the people who scraped away the tough earth and rocks to create this drawing had a particular feline in mind. But what’s more likely to be true is that the etching has deeper meaning and symbolism to those who created it.