An Introduction To Persona 5: The Best New JRPG In A Long, Long Time - Nerdist

An Introduction To Persona 5: The Best New JRPG In A Long, Long Time

So, you’ve probably heard your more anime-inclined or video game obsessed friends talking about the recent release of Persona 5, and how it is, probably, the best game of the year all years forever. That’s totally not biased, by the way. Really. So your friends are talking about S-Links and talking cats and Phantom Thieves and Persona Fusion and you… Are very, very, very lost. Lost and confused, and considering how ravenous the fandom is, it’s doubtful you want to pipe in. That’s where G&S comes in! Here is everything you wanted to know about Persona 5, but were too afraid to ask. 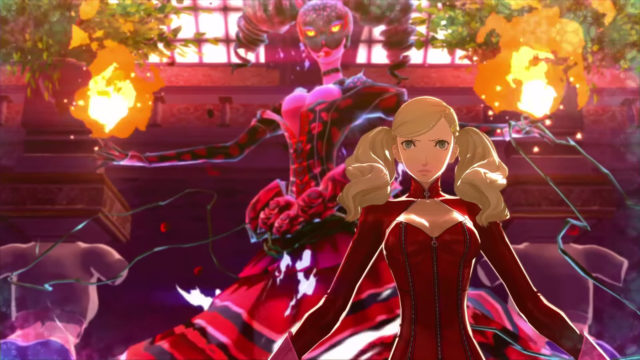 What the heck is Persona?

Persona is a JRPG series about… Well, a lot of things. Originally a spinoff of the Shin Megami Tensei series of games, Persona is a game series that is (usually) about teenagers dealing with real world issues, told with fantastic elements. These elements range from high schools becoming giant dungeons to elemental god-named monsters being summoned via brainpower. The game tends to tackle dark subject matter in a way that most other games don’t, but does so with lovable characters and a good sense of humor that has earned it its cult following.

Do I need to play the previous ones?

Thankfully not! Persona has been running for over twenty years and has – not counting remakes, weird spin-offs where characters take up dancing, or the odd fighting game – about six canonical games in total, with Persona 2 being split into two. However, despite this long history, there isn’t much of a continuity between the games. There’s plenty of Easter eggs and even some cameos, but ultimately each game is a complete package on its own. The only recurring character to appear in every Persona game is the character of Igor, a helpful NPC who runs the area known as the Velvet Room. You can dust off your PS2 and get into Persona 4, or just dive headfirst into Persona 5; You’ll enjoy it either way.

Persona 5 is a combination dating sim, life sim, dungeon crawler, Pokemon, trivia game… It’s a lot of things. The games are – since the third game, at least – split in two. In one part of the game, you are a normal Japanese high school student, juggling studying, making friends, and bettering yourself as a person. You get a sense of how important those elements are from the trailer:

The other part of the game is a more traditional RPG where you explore various dungeons and convert Shadows – nefarious monsters that live in another world – to your side. These monsters become your Persona, and as the main character, you get the awesome ability to swap them out at will, altering your stats and abilities. The games reward players for keeping a balance, as the friendships you make help you while exploring dungeons – either by having your teammates learn new abilities or by making your Persona more powerful.

So I’m powered by friendship?

Will I enjoy this?

Well, that’s… Kind of hard to answer. These games are about psychology and friendship and they are very, VERY Japanese. If you enjoy the more social aspects of Bioware games or a more strategic, turn-based battle system of old Final Fantasy games, then you might just find a new games series worth getting into.

Have you played a Persona game? Got any tips or tricks? Let us know.

Four RPGs To Terrify You This Halloween Season

The Essential Guide to Being The Doctor’s Companion