This AMONG US Game Nook Is Suspiciously Good - Nerdist

This AMONG US Game Nook Is Suspiciously Good

Watch out, video games! There’s an impostor hidden among you! We’ve shown you quite a few incredible book nooks, novel-sized DIY dioramas for your bookshelf, in recent months. But Studson Studio has taken that idea one amazing step further to add some artistry to the game collection sitting on your dusty media center shelves. His Among Us “game nook” isn’t just a brilliant concept for a game shelf insert. It’s also a suspiciously good work of art. 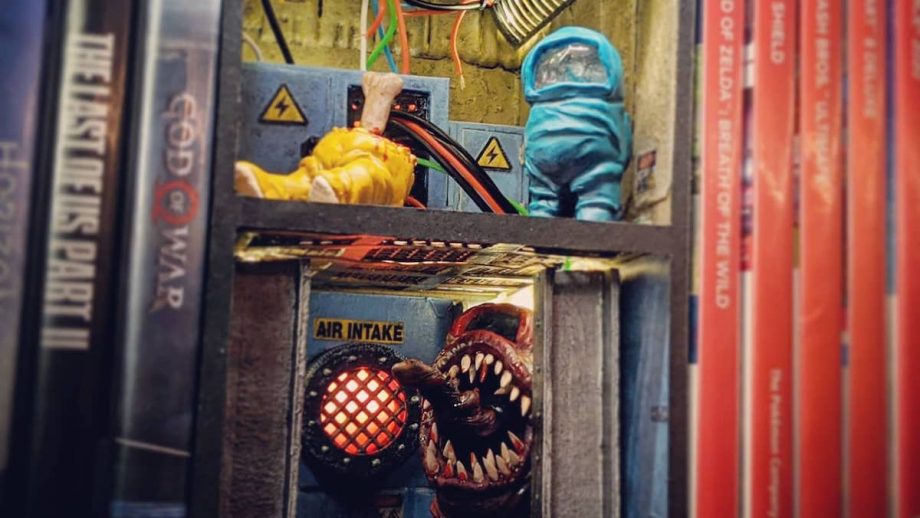 The double-decker diorama is made mostly from recycled materials and crafting supplies from the dollar store. It all starts with a base made from cheap clipboards. Let Studson Studio walk you through the process step-by-step in this helpful and hilarious tutorial.

We’re huge fans of turning would-be trash into something crafty. Studson’s idea to use tofu containers as wall textures for the ship is absolutely inspired. Cross-stitch plastic grids, cheap hair rollers, and more make up the rest of the ship components.

As for the crew mates, Studson expertly sculpted each one from polymer clay. If you’ve ever spent time watching Among Us livestreams, you might recognize your favorite streamers Toast and Corpse among them. 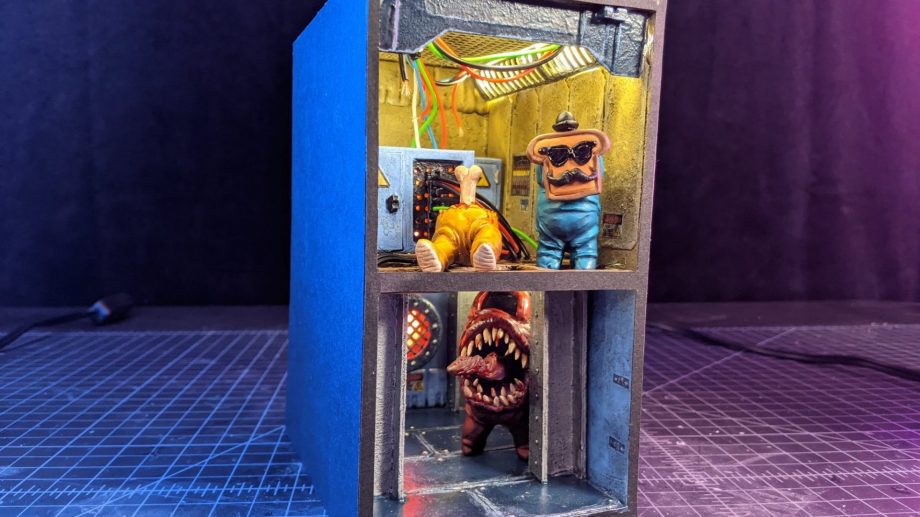 Once you’ve assembled your game nook, simply slide it among your other games to add an eye-catching conversation piece to your collection. We won’t judge you for playing with the figures from time to time.

You’ll find this and other dioramas and miniatures from The Legend of Zelda, Animal Crossing, beloved animated classics, and more on Studson Studio’s Instagram and YouTube channel.

TAGGED: Book Nooks, Among Us