Millions of people traverse through America’s national parks each year. Most of them take photos and enjoy their commune with nature. However, there has been a fair share of mysterious happenings in these places, specifically people disappearing without a trace. What lies in the deep woods of our national parks? There are some obvious answers like bears, coyotes, and other dangerous wildlife. But some theorists believe there is something more sinister in the shadows: feral cannibal humans. And they think these same humans are responsible for disappearances and deaths. This contemporary legend made recent Internet rounds and will certainly arise again after “Feral,” the sixth episode of American Horror Stories.

Alright, it’s time for the spoilery stuff. This story follows Jay, a lawyer who takes his wife Addy and their toddler son Jacob to a California national park. Jay’s family does not share his excitement to be away from civilization for the weekend. Things are going great…for one night. The next day, Jay and Jacob are wandering the woods when Jacob disappears without a trace. A massive search effort ensues but it is to no avail. 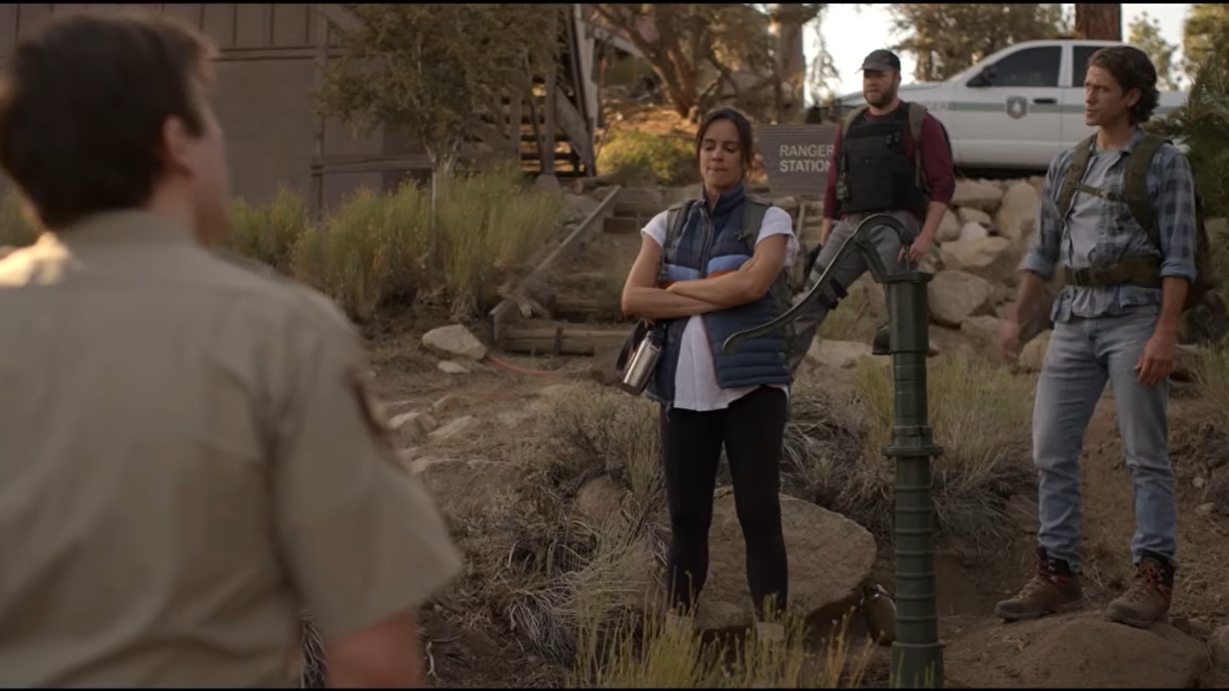 This story is reminiscent of Dennis Martin, whose disappearance might be the origin of this feral human legend. On June 14, 1969, Martin disappeared in the Great Smoky Mountains National Park in Tennessee. Martin, who was six at the time, was camping with his father, grandfather, and brother for Father’s Day weekend.

He went into a bush to playfully scare his family and nearby friends. After a few minutes, his father realized that he didn’t return with the other kids. The search effort to find Martin was massive, including the National Guard and Special Forces, with upwards of 1,400 people searching for the boy. It is still the largest search in the history of that park.

They didn’t find Martin but something curious did appear: two sets of footprints, one matching Martin’s shoeprint and the other barefoot. Park officials and authorities believe he either got lost and died due to exposure, was taken by an animal, or was abducted by someone. The third theory combined with those footprints sparked rumors that Martin may have been taken by a feral person.

One man, Harold Key, claims he saw a strange “wild man” running in the woods after hearing a scream, further anchoring this frightening theory.  Of course, there is no concrete evidence to support this but Jacob’s disappearance in “Feral” is awfully similar.

In the episode, ten years pass with no solid leads about Jacob. One day, a suspicious man named Bob Birch appears with evidence that Jacob might still be alive. Jay and Addy, who are separated, head back to the park. They run into the resident park ranger Stan Vogel (Cory Fern kills this role, btw) who admits that he saw an odd being carrying a young boy the night of Jacob’s disappearance. Birch dismisses his claims but Jay and Addy are curious. They soon discover that Birch is a fraud who set them up for a payday.

Things really derail when a creature rips Birch’s neck apart as other human-like creatures come crawling out from all directions. Birch ends up shooting Jay in the scramble; however, Jay and Addy make it out alive and back to Vogel. After a tense confrontation, Vogel lets them in on a horrific government secret.

National parks are not for preserving the land but for protecting people from feral cannibal humans. He speculates about the origins of the Feral Nation, suggesting that the result of inbreeding and genetic mutations have made them more monster than human. So they are less “wild (wo)man” and more The Hills Have Eyes or the other dozens of mutant flesh-eating beings. 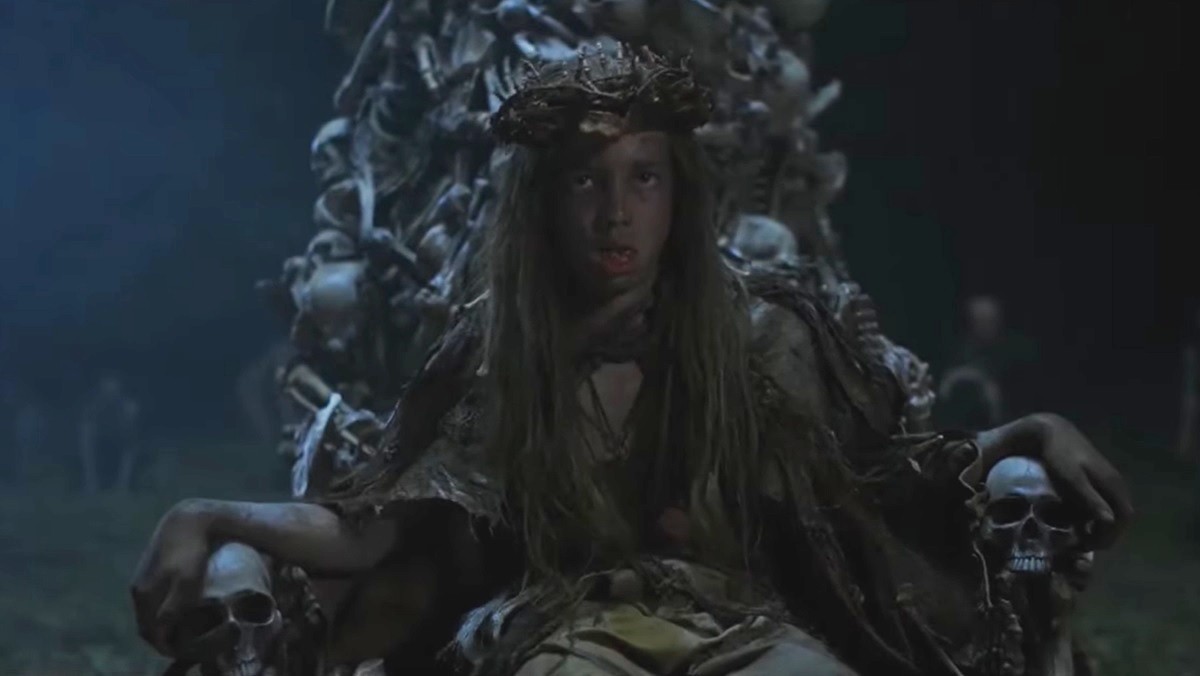 He says there are pockets of them in every national park and, despite thousands of people disappearing, the government won’t say a word. “Governments need their citizens to believe they’re in control,” says Vogel. “Plus, the national parks generate billions of dollars in revenue every year. It’s capitalism baby. I mean, if people knew there were feral cannibals running around, attendance might drop off. Instead, the government chooses containment.” Big yikes all around.

In real life, the feral, cannibalistic theory continues to be a persistent and problematic rumor. Sites like Reddit have threads about feral people and thoughts on Martin’s case decades later. Earlier this year, several TikTokers began to speculate about the disturbing number of missing people in parks.

They suggested that feral people may be the cause of this and are undoubtedly the reason why this episode tackles this subject. These videos have been countered by other TikTokers whose families live off the grid in wooded rural areas. They essentially say these theories are harmful, classist, and disrespectful. And they are right. Note: The following video contains language that is NSFW.

While Dennis Martin’s case remains a tragic mystery, American Horror Stories gives viewers disturbing closure. The Feral Nation finds Jay, Addy, and Vogel. The latter gets ripped to shreds while Jay and Addy go on the run. They come to a spot in the woods where the creatures surround them yet don’t attack. The pair turn around and see their son sitting on a throne. He looks rather wily and is obviously the child king of this nation.

Jacob recognizes them, even saying the word “boo” just like he did when he tried to scare his dad. One member of the Feral Nation asks him (in another language that’s presumably native to them) what they are. Jacob says “dinner” and watches his parents get ripped to shreds. Didn’t see that coming, did ya?

This episode will likely cause people to dig around and wonder if there are feral cannibals in the park. For some of us, it further confirms that we are right to not wander into nature. For others, it may inspire them to go deep into the woods and try to test this theory. (Something I don’t recommend.) But I suspect many of us will simply go down winding Internet roads and wonder what secrets the government is hiding from us.