by Rosie Knight
American Gods season two has been wracked with drama after showrunners Bryan Fuller and Michael Green were fired during production. Though an official reason was never given,Â  rumors abound that Starz was trying to cut the budget on the fantasy show and the imaginative pair were none too pleased. This lines up with a recent comment from Fuller.Â  io9 reported on a now deleted tweet in which Fuller shared some of his vision for the scrapped season; it sounds like it would have been wondrous.

“Me and Michael Green never abandoned American Gods. We were dedicated to cast, crafted the season, wrote 5 episodes, even had Media as Mr Rogers & Princess Leia.”We were in the process of reducing scope due to a dramatic budget reduction when we were fired.” 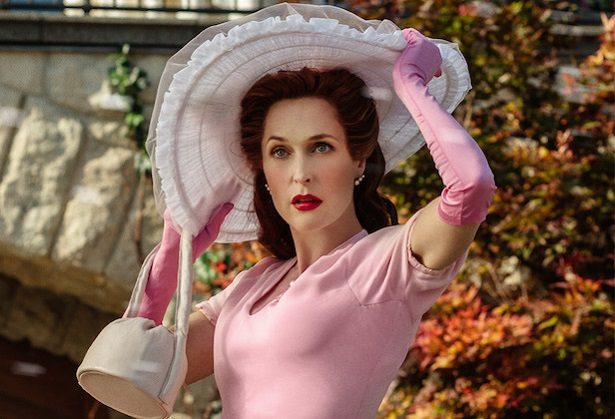 Gillian Anderson, a.k.a. Media, has also left the show, and that she may have appeared asÂ Star Wars‘ iconicÂ  Princess Leia Organa is almost too much to bear. On top of that, the show would have also been paying homage to everyone’s favorite neighbor Mister Rogers. This would have been a sight to behold. We may or may not get to see this (we’re guessing not) when American GodsÂ returns to Starz in 2019. These homages would have been perfect though, given how much Leia and Mister Rogers impacted pop culture. And in 2017, Fuller cited Leia as one of his all time favorite film characters after a fan mentioned how great it would be to see Media as Leia.It’s going to be interesting to see what the new season will be like.Â Kahyun Kim has signed on as Media. And the show-runner who was brought into replace Fuller and Green, Jesse Alexander, has also left; the show is now under the watchful eye of the book’s author Neil Gaiman.