What if there was a space where you could mix your passion for tabletop gaming with your love of cinema? If you’re a Southern California resident you’re in luck, because the new Alamo Drafthouse Los Angeles location is a one-stop shop for gamers and cinephiles! Video Vortex is the theater chain’s retail, community, and food concept space. Connected to the recently opened Drafthouse location, it provides a more interactive layer to the average moviegoing experience. Before you settle into your seats for a night at the cinema, you can stop by Video Vortex to grab a drink, some merchandise, or even to sit down and enjoy one of your favorite tabletop games. 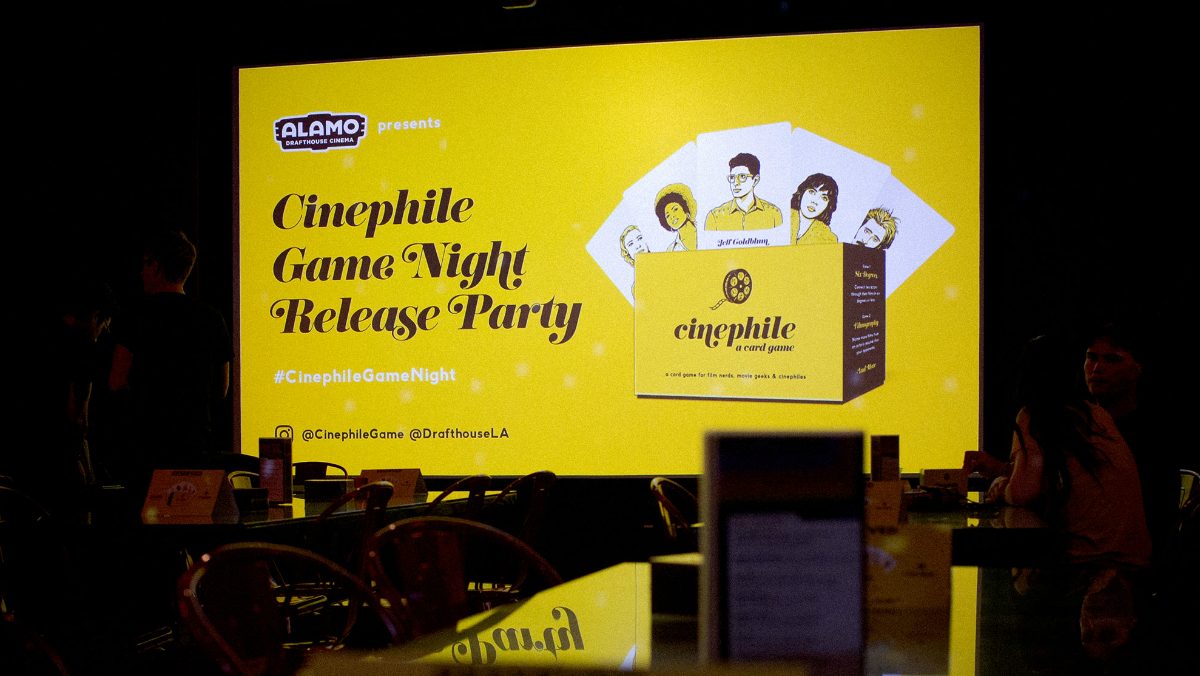 For Ash Minnick, the Gaming Events Manager at the Alamo Drafthouse Los Angeles, the space is an exciting passion project. Video Vortex comes with its own curated gaming library and tables made specifically for playing these games. “They have a side tray, so you can use the entire table for a game and still have space for your food off to the side,” Minnick told Geek & Sundry about the location’s exciting features tailor-made for gaming aficionados.

The idea for this gaming space came straight from Alamo Drafthouse founder Tim League, and coincides with Mondo—the Drafthouse’s sister art production company—getting into game development. Along with its curated gaming library—which visitors can access at any time—the space is also used for events, like the recent It: Chapter Two gathering that served as both a celebration of the horror movie sequel and a way to feature The OP’s new game, It: Evil Below. 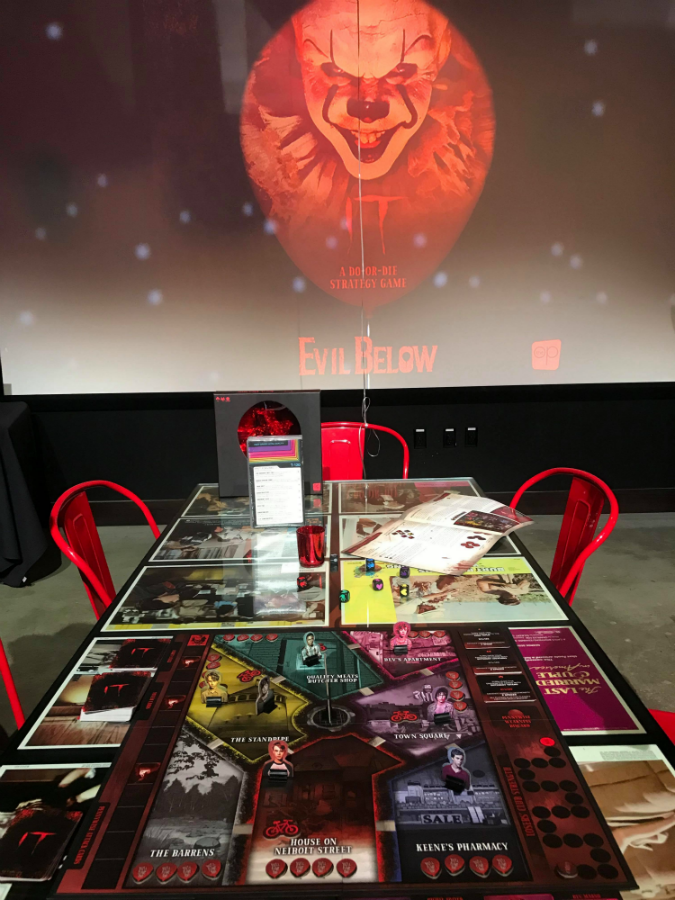 “Because we are next to the theater, and that is a massive part of this sort of environment and space, I love to do tie-in stuff,” Minnick said of the It event, and other planned activations that will mix gaming experiences with film openings. (They’re currently working on an interactive experience centered on the upcoming release of the Downton Abbey movie.) For It: Evil Below, the OP developers were there on-site to teach visitors how to play the game—which was released just five days before the event. The ability to feature and teach new games—from both independent and larger companies—is one of the things Minnick said she’s most excited about as the space continues to grow. 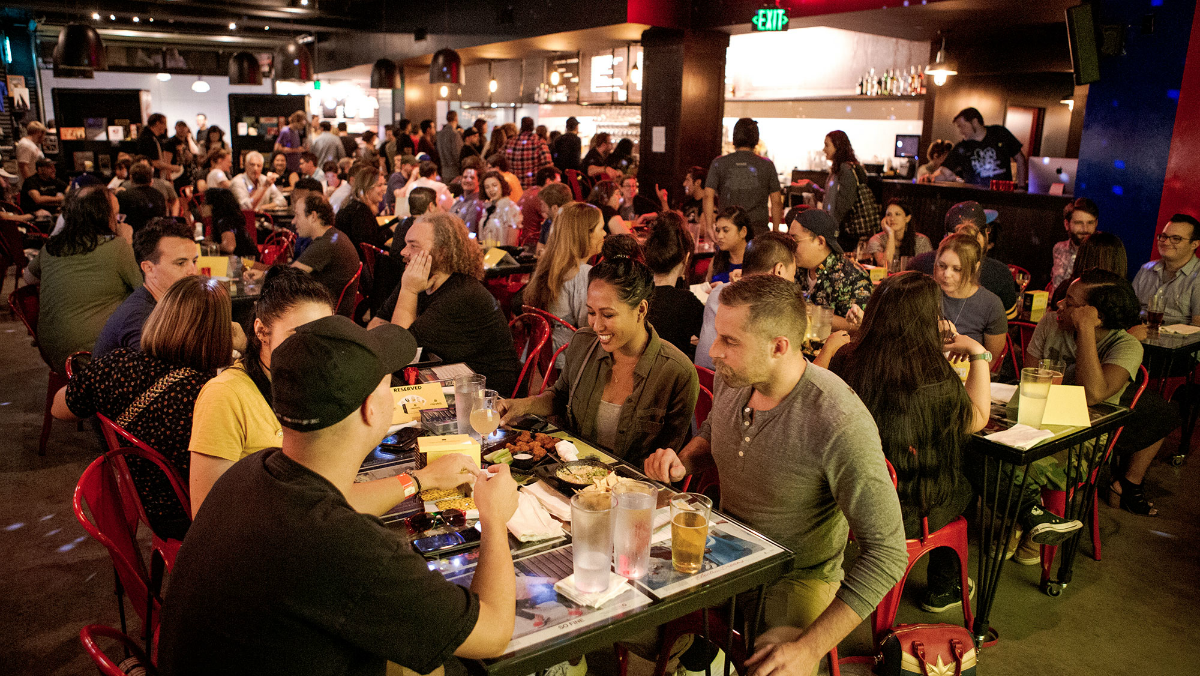 One think Minnick said to expect going forward is a genesis of ideas and events based on audience feedback. “We’re very invested in making sure that this your ‘local neighborhood Alamo Drafthouse,'” she explained. “So we want to hear from the community about what they want to see.” Because each Alamo Drafthouse location is specific to its location, that community element is key to giving the space its own unique identity. Minnick said they’re working with various local businesses and artists to make the Los Angeles Drafthouse its own special thing, and that they’ll continue developing ideas around what the people at that location want to see.

Editor’s Note: This post is sponsored by Alamo Drafthouse.