The Mandalorian‘s second season brought Boba Fett back to the franchise, in one of the show’s best reveals. We’re expecting an even bigger return this year, though. Reports say the beloved animated hero Ahsoka Tano will make her first live-action Star Wars appearance during season two—with rumors that Rosario Dawson is assuming the role of the wildly popular former Jedi. We can’t wait to see her living and breathing in the galaxy far, far away. But we don’t need her to show up on The Mandalorian to have an idea what that will be like. An artist has imagined what an in-the-flesh Ahsoka would really look like.

And what she looks like is the most intimidating woman in all of Star Wars.

Artist Raf Grassetti has created some of our favorite character pieces. His work includes comic accurate takes on X-Men movie characters and realistic Batman animated villains. Now he’s transformed Ahsoka Tano from a cartoon into an actual person who looks poised to play a big role on The Mandalorian. She also looks poised to beat the living Force out of anyone who gets in her way. (Though we know she’ll only do that if she has no other option. Ahsoka is a former Jedi in title only.) 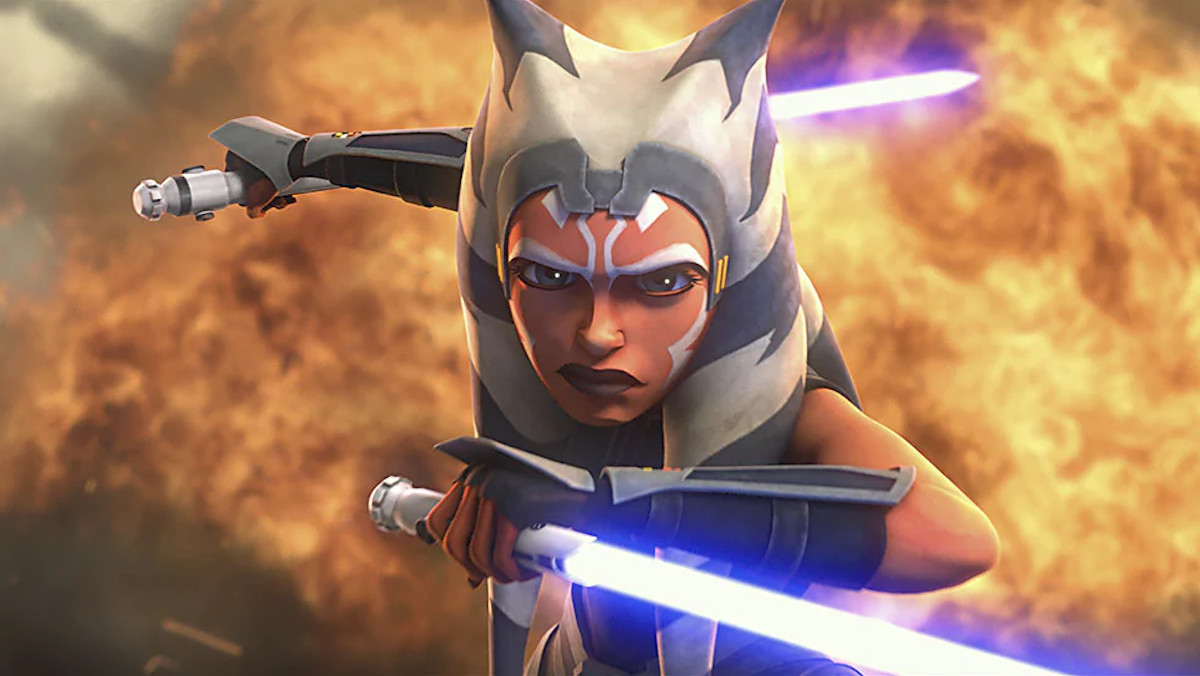 This Ahsoka is physically imposing in a way she wasn’t as a young Padawan on The Clone Wars, or even as an adult on Star Wars: Rebels. She looks like she’s carved from marble with a will to match. Grassetti also created an equally imposing foe for her to contend with, her old nemesis Darth Maul. While we’ve seen Darth Maul on the big screen before, this animated series-style look is far scarier and powerful than his live-action appearances.

This Maul is so incredible we’re actually a little sorry Obi-Wan finally killed him—for good this time—years before The Mandalorian takes place. But we’re sure there are plenty of other bad guys for Ahsoka to fight, including Boba Fett. If she looks anything like this though they won’t want to.