Each week here at Geek & Sundry we take a look at new and upcoming exciting titles on Kickstarter! This week’s Kickstarter of the week is HATE: The Board Game, a Kickstarter-exclusive game by CMON Games which reached its funding goal of $200K within the first 30 minutes of its launch and is and is currently for over $500K as of this writing.

From its foul-mouthed preview video to the unrelenting nature of its gameplay, HATE is R-rated and for mature audiences only: the art and miniatures depict extreme post-apocalyptic violence and nudity.

The world of HATE is filled with savage warriors and brutal combat based on Adrian Smith’s graphic novel of the same name. Each player controls a tribe with a single goal: to crush their enemies and reap rewards. In keeping with the game’s theme, defeated warriors aren’t merely removed from play; players choose to torture them to death to produce Hate or cook them for Resources.

Yes, torture and cannibalism are part of gameplay. You’ve been warned. 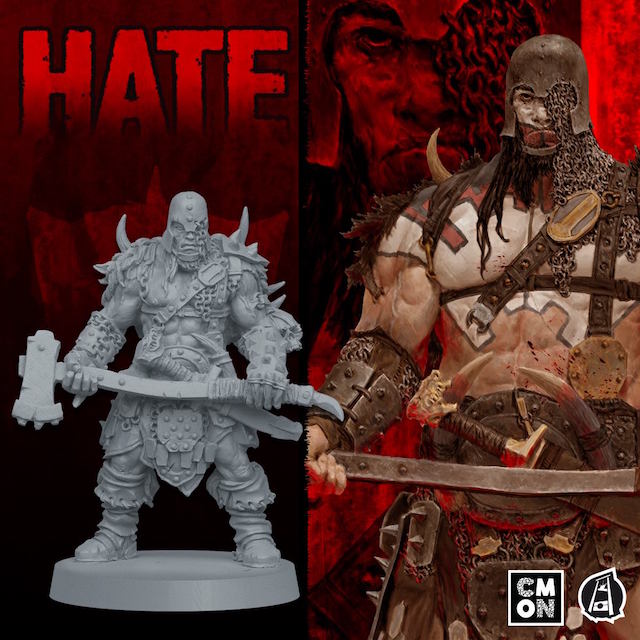 CMON Director of Game Design Eric Lang recently discussed HATE on the CMON website. “It’s not often you get to work on a game that is specifically for an R-rated audience,” he said. “We wanted players to say, ‘Yep, I just cooked my opponent for a resource. That makes total sense.’”

Led by Lang and produced by the teams behind Zombicide and Massive Darkness, HATE features one-on-one Clashes between warring tribes. Each Clash affects future encounters in the overall campaign, also known as a Chronicle, with combat controlled by each tribe’s decks along with a roll of the dice. While the focus is on these two-player Clashes, up to six players can participate in a Chronicle. 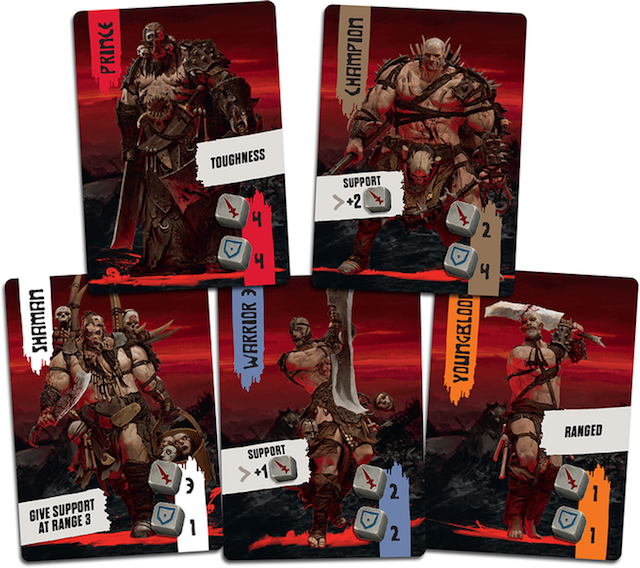 Players have their own Village board for their tribe, where they’ll be able to upgrade their fighting abilities. The Village is also home to the tribe’s Oven and Torture pit, which are exactly what they sound like: opponents are thrown into these areas before their deaths to produce Hate and Resources.

The action takes place over four rounds in this survival of the cruelest. Players earn Conquest points by taking over territories and completing objectives. These Conquest points are added to the lower of the player’s Hate or Resources score. The tribe with the highest score reigns supreme. 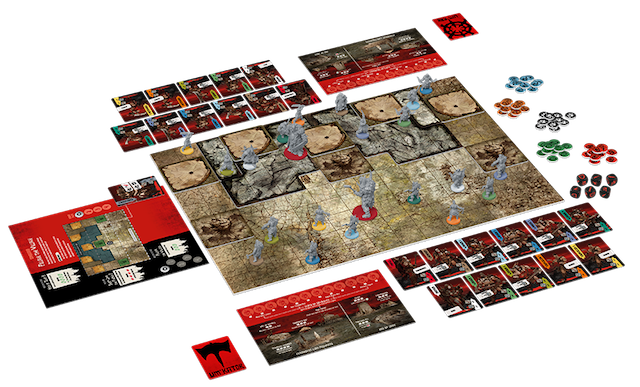 With its successful funding and its growing backer pledge numbers, HATE is the latest CMON title to head straight to the top of BGG’s Hotness rankings. Unlike previous CMON offerings, HATE is not meant for everybody, nor is it a game for the faint of heart. In fact, it’s probably best if you check your morality at the door before you enter the world of HATE. The Kickstarter for HATE runs until February 7th, so if this is a game for you, you have until then for a chance to get your hands on it.

Is there a graphic novel you’d love to see translated to a board game? Tell us in the comments!