Acquisitions Inc. Live Is a Crash Course in Tomb of Annihilation (Literally) - Nerdist

Acquisitions Inc. Live Is a Crash Course in Tomb of Annihilation (Literally)

At PAX West 2017, hundreds of attendees filled Seattle’s Benaroya Hall for a raucous night of Dungeons & Dragons. (Yes, you read that right.) Gamers turned into a chanting crowd lining the tracks of a dinosaur race thanks to the exciting tale spun by Wizards of the Coast’s Chris Perkins for the Acquisition Inc. Live show. 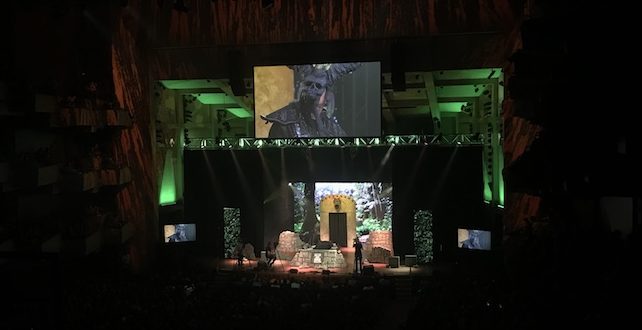 If you’ve been wondering what Tomb of Annihilation, the latest adventure for Dungeons & Dragons, is all about, you couldn’t find a better crash course than this episode of Acquisitions Inc. 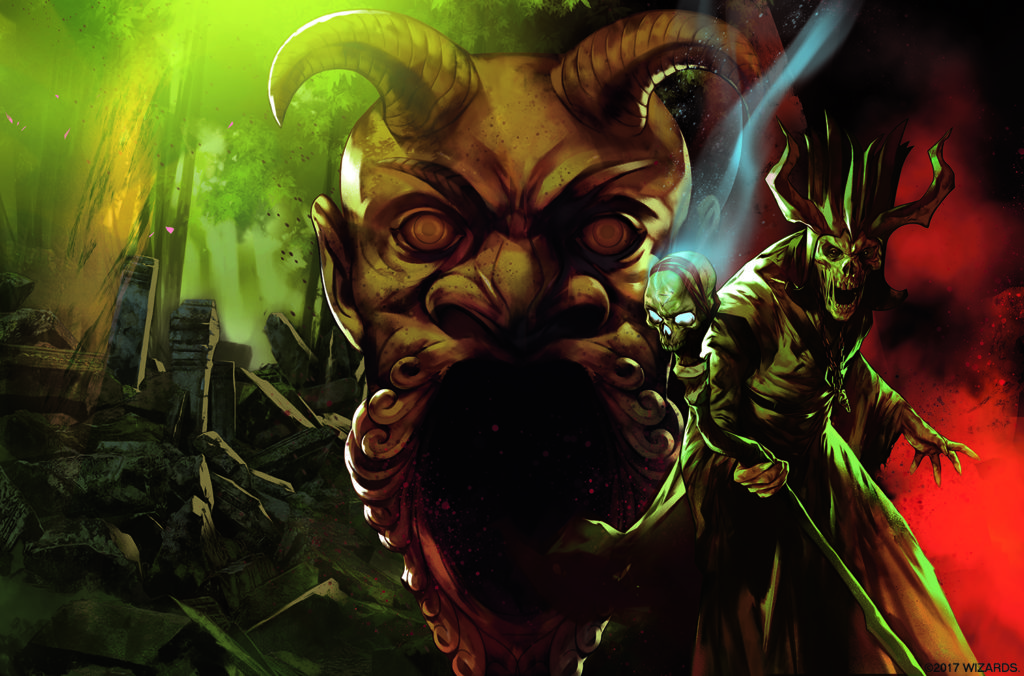 An affliction is ravaging the populace of the Forgotten Realms, and players will uncover it and its cause in Tomb of Annihilation, now available in wide release:

The talk of the streets and taverns has all been about the so-called death curse: a wasting disease afflicting everyone who’s ever been raised from the dead. Victims grow thinner and weaker each day, slowly but steadily sliding toward the death they once denied.

When they finally succumb, they can’t be raised—and neither can anyone else, regardless of whether they’ve ever received that miracle in the past. Temples and scholars of divine magic are at a loss to explain a curse that has affected the entire region, and possibly the entire world.

Acquisitions Inc. members Omin Dran (Jerry Holkins), Jim Darkmagic (Mike Krahulik), and Viari (Patrick Rothfuss) are joined by guest Strix (Holly Conrad) on the island of Chult. Their friend (?) and colleague Jim Darkmagic is also suffering from the death curse, and they are racing against time to help him and the others afflicted.

Even if you’ve never seen Acquisitions Inc. in action before, the show begins with an animated recap that gives you both the summary of the story and a feel for the characters—if you can stop laughing long enough to listen.

Together, their quest leads them to the jungles of Chult, where the story opens with an action-packed dinosaur race careening through the streets.

The energy in the room was electrifying, and you can add the same excitement to your group’s own escapades in Chult thanks to this unforgettable new adventure. Tomb of Annihilation is now available at your local game store and online at Fantasy Grounds, Roll20, and D&D Beyond.

Are you planning to enter the Tomb of Annihilation? Tell us about your adventures in the comments.