QUIET PLACE 2 Teaser Pushes the Abbotts Into a Dangerous World

A Quiet Place: Part II is back for more intense, silent action from the Abbott family. The first film set up an interesting story with this family as they battled terrifying extraterrestrial monsters who use sound to locate their prey. It ended on an interesting cliffhanger of sorts, with Evelyn reloading her shotgun to kill another creature distressed by Regan’s cochlear implant. A Quiet Place: Part II, slated for release on March 20, just dropped a fresh teaser with a flashback and forward look.

The clip unexpectedly starts off with John Krasinski’s Lee, who sacrificed himself to save his children’s lives in the first movie. Lee is walking down a small-town street filled with people who are obviously outside because of some distress. A uniformed officer tells him that some kind of fire in happening nearby and starts walking towards his car.

Suddenly, one of the creatures comes careening in out of nowhere and bowls the police car over as people scream. It’s pretty obvious that this is another flashback that will take viewers back to the very beginnings of this deadly invasion. A Quiet Place started approximately three months into the horror so it will be interesting more of these peeks into that initial panic in the sequel.

Evelyn, Regan, Marcus, and the baby are seen leaving their home and heading out on the road to some unknown location. The baby is in a sling, so the events of this movie obviously take place very close to where the last one left off. Evelyn later speaks to one man who can’t understand why she has chosen to “come all the way up there” and suggests that she will not survive. Evelyn replies that there are people in the world who are worth saving. There are several short clips of people running, things crashing, and a final look at Regan hiding quietly with a creature nearby.

Evelyn’s choice to leave home to travel elsewhere makes sense in a lot of ways. There is strength in numbers, especially during an apocalyptic situation. Supplies, secure shelter, and safety are often found in larger groups along with the feeling of not being alone in the world. The Abbotts have been on their own for a long time and, with Lee’s death, it’s probably hard to continue staying in the same place. Moving on is a fresh start, even though it’s super dangerous with a baby on board. 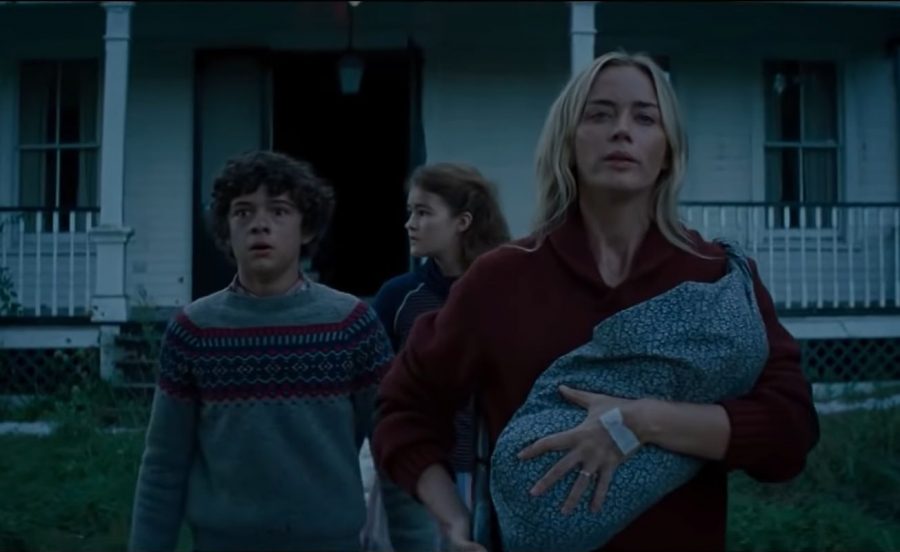 The family can also help others survive by teaching them American Sign Language to communicate effectively. Other people may also have more information about the creature’s other potential weaknesses. And, perhaps they can eliminate even more of these creatures by using the cochlear implant so they can be shot down. It’s not clear how many of these things are running the Earth, but it’s never a bad choice to kill one.

A Quiet Place: Part II’s tagline states that there are other deadly threats in the world. Usually, this means other humans so the Abbott family must be prepared to fight for their lives in more ways that one. Hopefully, Evelyn will be able to keep her children safe in this dangerous society.