A NIGHTMARE WAKES Is a Baffling Ode to Mary Shelley - Nerdist

A NIGHTMARE WAKES Is a Baffling Ode to Mary Shelley

The story of how Mary Shelley’s pioneering science-fiction novel Frankenstein came to be written is as famous as the book itself. First conceived in 1816—the famous “year without summer“—it was the product of a contest of sorts. Mary, who was in Switzerland with her poet lover Percy Shelley, step-sister Claire Clairmont, doctor John William Polidori, and Lord Byron, came up with the story on a whim. The group, stuck indoors due to incessant rain, challenged one another to invent frightening ghost stories. Inspired by the great minds of her Romantic-era companions, Mary dreamt up a story that would become Frankenstein; or The Modern Prometheus. It would change the literary world forever.

The true story of Mary and Percy—whom she’d later marry—had plenty of hardship. They lost children and family aplenty, dealt with various infidelities, and Mary suffered from mental illness. Mary’s story would make a great film, and has been the subject of several, including new Shudder title A Nightmare Wakes. Unfortunately, the movie relies on a few too many upsetting conventions that do a disservice to the literary genius. 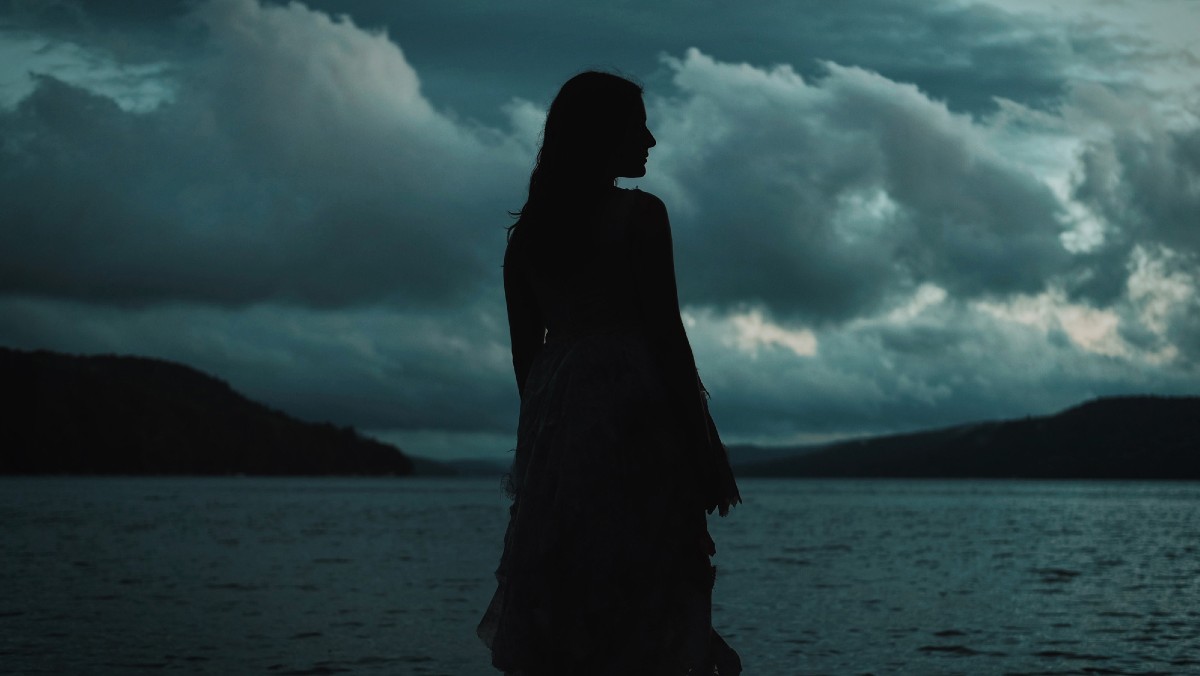 A Nightmare Wakes, written and directed by Nora Unkel, begins with the suicide of Percy Shelley’s pregnant wife Harriet. The perils of motherhood play a role in the tale that follows, so this opening scene is appropriately foreboding. We then meet Percy (Giullian Yao Gioiello) and his pregnant mistress Mary (Alix Wilton Regan), on their way to Byron’s home, with Claire Clairmont (Claire Glassford) in tow. Lord Byron (Philippe Bowgen) is larger-than-life and quite scummy, but attracts Claire straightaway. The couples find solace in one another due to the fretful weather, but tragedy soon strikes and complicates their summer plans.

The fateful night that led to Frankenstein‘s creation is in tact. But very little of A Nightmare Wakes tracks with the actual timeline of Mary Shelley’s life at that time. Which is fine; creative liberties can be refreshing and necessary. However, the choices made here befuddle. And, indeed, they rob Mary Shelley of her fierce intellect and creativity. The film factors Mary’s personal tragedies into Frankenstein‘s writing, which is clever, but it blurs the line between madness and invention in odd ways. 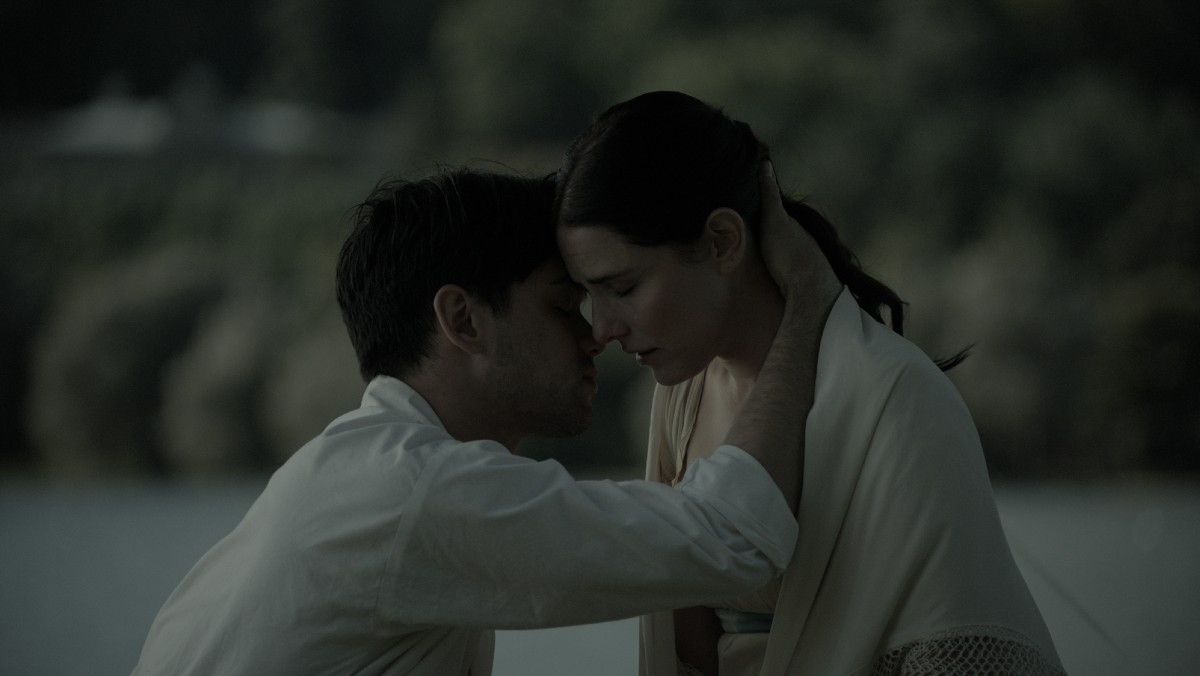 Mary and Percy’s relationship here is pained and tumultuous. While it starts out loving and passionate, it grows volatile. Percy is distant, and quite annoyed when Mary suggests they wed after Harriet’s death. Likewise, Mary seems confused by and obsessed with their love—a condition that infects her creative process. She writes Frankenstein throughout, and in her depleted mental state, envisions Victor as an idealized version of Percy, and herself as his monstrous creation.

There is something interesting within that idea. But A Nightmare Wakes doesn’t have a very eloquent take on mental illness. Instead of funneling her grief and depression into her writing, the film suggests that mania might have forced Mary’s hand. The result is a psychological horror film that relies on troubling tropes, turning Mary into a hysterical woman too fixated on her husband. Something about the whole thing feels off. We don’t see Mary and Percy as the intellectuals they were. Instead, they both come off as fairly shallow, distressed people. 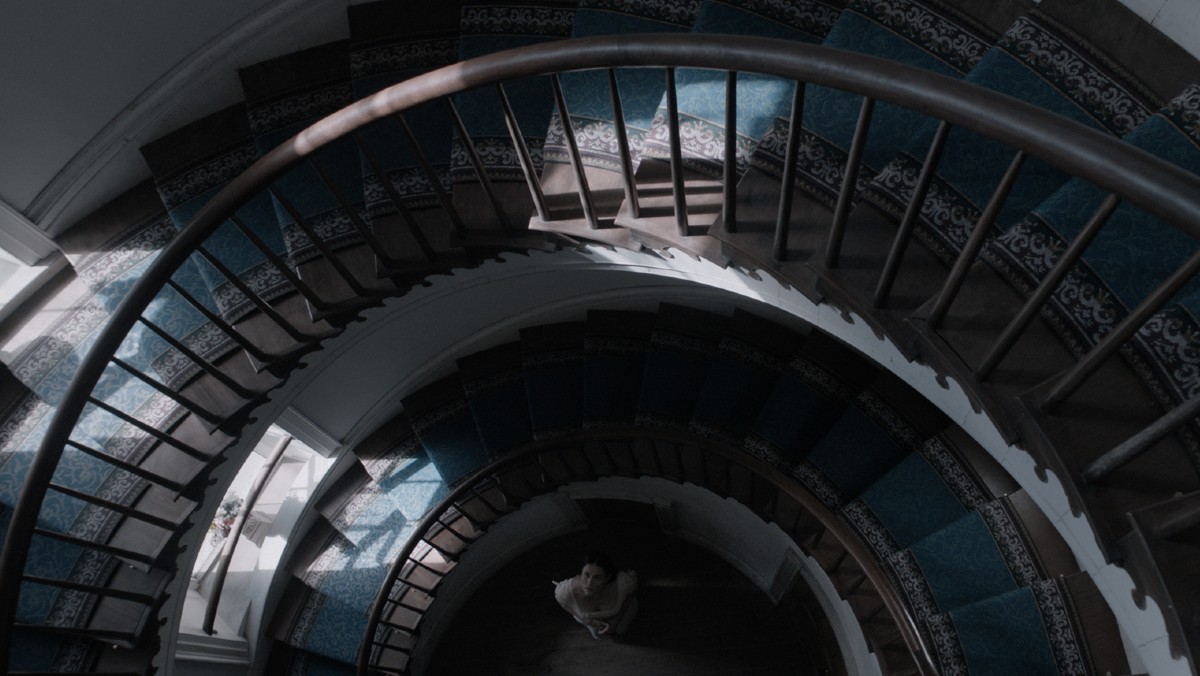 There are things to admire about A Nightmare Wakes. The film used a mostly female crew, and the cast is refreshingly diverse. The acting is also solid; Alix Wilton Regan is particularly impressive as Mary. And Giullian Yao Gioiello makes for a very watchable and interesting Percy. The cinematography is stylish and period-appropriate, as if lit by candlelight. And Mary’s nightmare sequences are haunting and gorgeously rendered.

But ultimately, A Nightmare Wakes wastes its most interesting ideas—especially female creator as monster—on plot points that just don’t work. Mary Shelley was a fascinating, whip-smart, steadfast woman whose depression was a part of her, but not all of her. She deserves a retelling that better understands this, or that at the very least avoids harmful stereotypes about the role madness plays in creativity.