Anyone who’s ever organized a playlist for Halloween knows there’s a pretty broad spectrum of options, from “Monster Mash” to “Let the Bodies Hit The Floor.” But choosing the right music to creep out guests, or just gear up for a night of trick or treating, is an exercise in skill and restraint; if the vibe you’re seeking is ‘genuinely creepy,’ for example, the right choice might be a sound effects album rather than some exhaustively overplayed iconic nu-metal CD from the early 2000s.

But as 2019’s season of the witch reaches its climax, Nerdist wanted to highlight a few older records, several newly pressed onto vinyl, that might be ideal—or maybe just unique—for whatever sort of macabre celebration you’re planning. 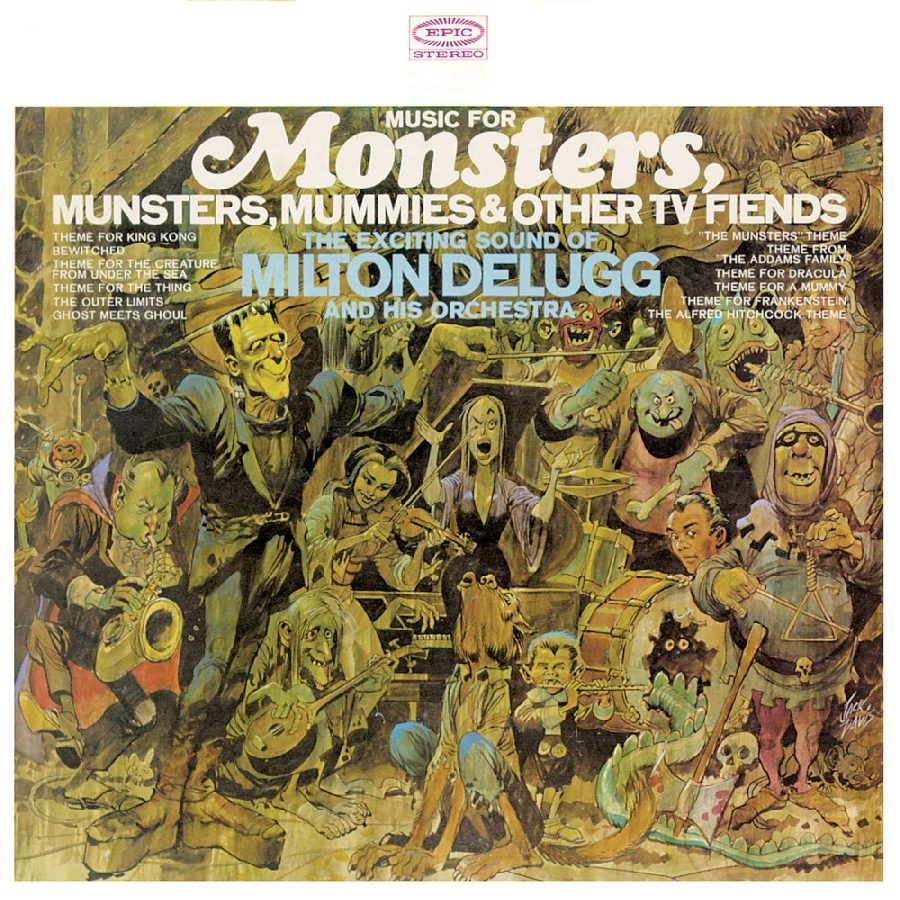 Milton Delugg & His Orchestra – Monsters, Munsters, Mummies & Other TV Fiends – Hired in 1964 by Epic records to cash in on the wave of supernatural-themed series dominating TV programming in the mid-60s, Milton Delugg turned what could have been an easy cash-in into a murderer’s row of cover versions of iconic themes. His orchestra peppers surf guitar, gassy saxophone, and other instruments into their renditions of themes to everything from “The Addams Family” to “The Alfred Hitchcock Hour,” each with more exciting and even more funky results than the last.

Disney – Chilling, Thrilling Sounds of The Haunted House – Disney wouldn’t officially release a soundtrack to its Haunted Mansion ride until 1969, but this 1964 LP has endured—not just a great collection of creepy sound effects, but a time capsule of the company’s outlet during the 1960s. What’s great about the album is how Disney’s Sound Effects Department use effects both as a conduit for storytelling and as a library for consumers: Side One features ten stories, such as “The Very Long Fuse,” where a narrator impishly sets a foundation for each vignette, while Side Two groups related sounds like “Drips and Splashes” for your use to create a mood. 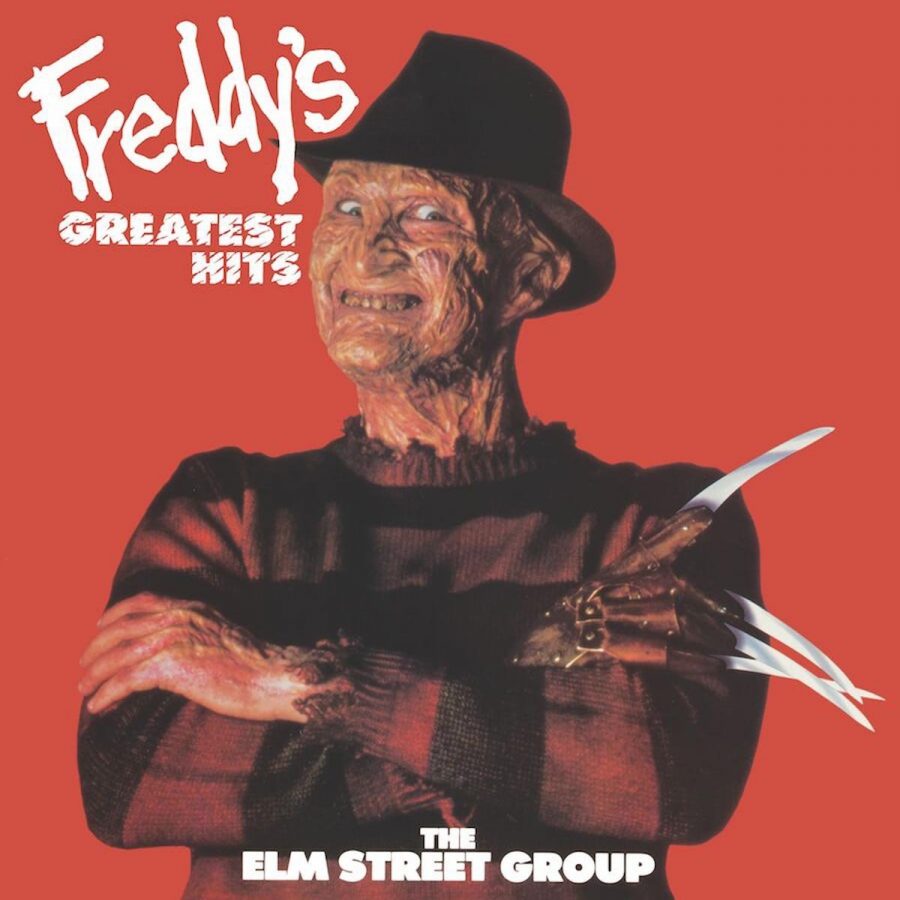 The Elm Street Group – Freddy’s Greatest Hits – By the time RIC Records got around to capitalizing on the success of the Nightmare on Elm Street series in 1987, Freddy Krueger already appeared in three movies with a fourth on the way. This LP, reissued by Strange Disc Records, features a collection of original songs, instruments and covers of classics by Wilson Pickett, The Everly Brothers, and Sam the Sham and The Pharaohs. Best of all, Robert Englund lent his maniacal voice to the record as the glue that holds together its great, goofy concept, so you really get to enjoy the music and experience it as a weird bit of Elm Street ephemera during the heyday of the film series.

The Munsters – The Munsters – Decca first released this album in 1964, recently reissued on vinyl, to capitalize on the success of the CBS television series, but it’s an odd tie-in in that its musical connections to the show are nominal. Unlike Golden Records’ 1965 album At Home With The Munsters, the cast aren’t featured at all. Instead, the jazz label recruited the likes of Glen Campbell and Leon Russell to compose surf-rock songs performed by the iconic session band the Wrecking Crew and male vocal trio The Go-Go’s. With tracks like “Munster Creep” and “T.V. Monster Show,” the LP is decidedly un-scary, but features more than enough groovy tracks to get a party going. 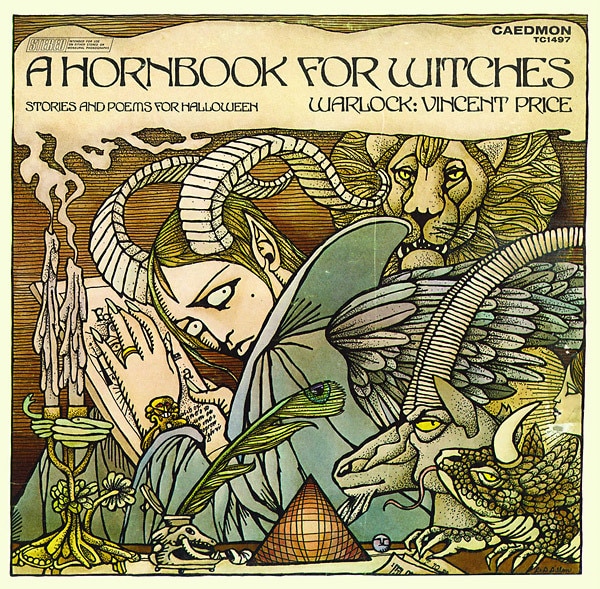 Vincent Price – A Hornbook For Witches, Stories And Poems For Halloween – Vincent Prince had already recorded a number of spoken-word releases, including the 1969 LP Witchcraft – Magic: An Adventure In Demonology, by the time he performed on this delightfully dark album. But what makes this one such a great choice even among Price’s stellar output of Edgar Allan Poe recitals and other works is that it features less obvious choices in its track listing, as well as four suites focused on sound effects like howling dogs and “Monsters Eating.” (It was also reissued on CD with remastered audio not long ago.)

Various Artists – Elvira Presents Haunted Hits – Elvira has long been a curator and advocate for creepy, kitschy horror music; she even performed “3-D TV” with The Vi-Tones in 1982. Rhino Records enlisted her not once but twice as the host of a compilation of some of the most famous horror-themed songs of all time, following a timeline that flows from Bobby Pickett’s “Monster Mash” to The Cramps’ “I Was A Teenage Werewolf.” Though this release is only available second-hand, it’s a good clearing house for seasonal standards, or as a companion piece to Elvira’s Haunted Hills, the score to her second theatrical outing which was released on vinyl earlier this month.