A Brief Visit to Some Of The Planes Of Magic: The Gathering (Part 1) - Nerdist

A Brief Visit to Some Of The Planes Of Magic: The Gathering (Part 1)

The realms in Magic: The Gathering are numerous and breathtakingly captivating. I wanted to take the time with Dominaria returning to give a snapshot of the brilliant planes, some of the major characters on those planes, and some of the big events that happened there.

While I don’t touch on all the planes here, because there are just so many and they all have interesting qualities to get into, I felt it important touch on the most recent planes visited in the current Magic: The Gathering storyline. Dominaria is the plane that started it all and it would be a travesty not to explore the richness that has been built and brought us to this point. 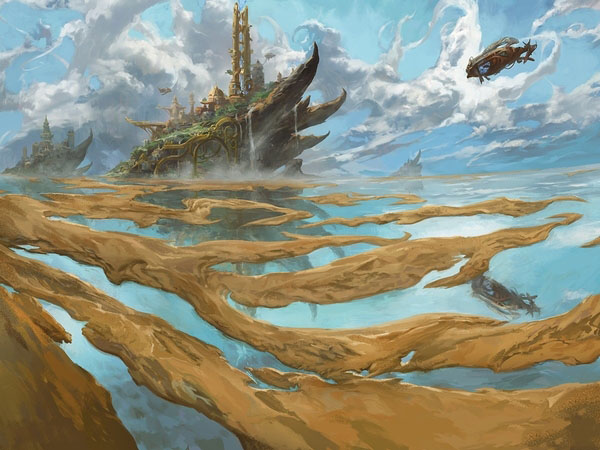 We begin our adventure into discovering Magic: The Gathering’s planes with Kaladesh. Kaladesh is a plane where natural mages are a rarity, so artifacts and devices fulfill such functions that magic might on another plane. It is here that artifacts are both gorgeous and functional and competitions are held to find the greatest of inventors. The realm is overseen by a Consulate whose forces are both everpresent and numerous.

Kaladesh is also the home plane of Chandra Nalaar, Pyromancer extraordinaire and hot-headed member of the Gatewatch. Amusingly to me, fire magic and pyromancy are punishable by death on Kaladesh so it can create some interesting social dynamics and complexities of the story at any given time. Most recently it is where we see Nicol Bolas, perhaps the biggest baddie in the Magic multiverse, pulling together strings for some unseen plot. Personally, I love this kind of aesthetic and have used bits and pieces of this world for RPGs and otherwise. Magically enhanced steampunk? Let me throw my goggles on and climb those smokestacks, baby! 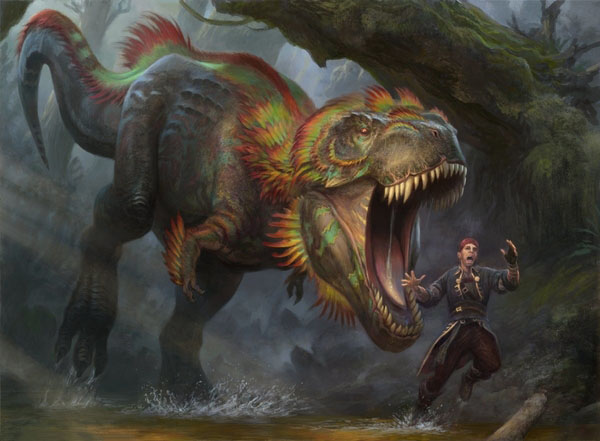 I wouldn’t be doing the storyline any justice if I didn’t talk about Ixalan. Ixalan is a lush plane with verdant jungles and vast seas. This plane easily scratches the itch for pirates and more! Did I mention those ridiculously green jungles? Yeah! I absolutely did. They are full ancient ruins, sacred springs, hidden coves with treasures, and giant, rampaging dinosaurs! Pirates and dinosaurs in the same place? Surely nothing could go wrong here.

Ixalan focuses on the journey of Vraska, a gorgon from the plane of Ravnica (Same as Jace), where her race was always on the bottom tier of society. Rising up to the challenge ahead of her, she escaped her lot in life as a persecuted member of society and became a famous assassin. Tying in Nicol Bolas yet again, Vraska was given an opportunity to be made the leader of her clan on Ravnica if she performed a task for Bolas here.

I also just love how diverse of a cast we get to see from the Magic writers. There are strong characters to relate to at every turn and show the different paths through life one can take. They also show that an accomplishment, no matter the task, is something to be proud of and that we can reconcile differences. Here, a longstanding animosity between these two characters becomes mended opening new story direction down the line. Also, again, Pirates. So many pirates and dangerous beasties! 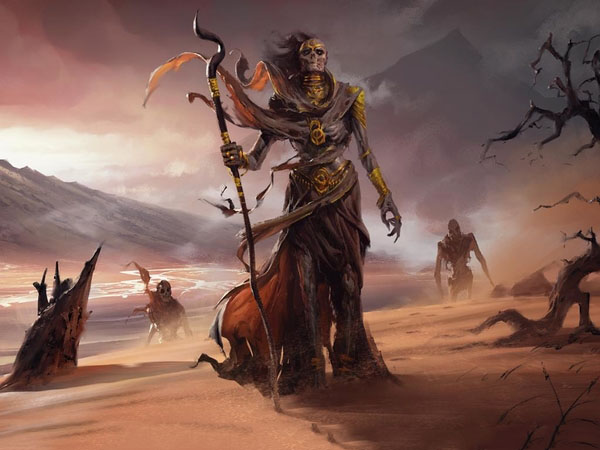 Amonkhet is a gorgeous landscape of dichotomies where luscious trees and oases are surrounded by dangerous desert and unforgiving sunlight. With two suns and no moon, this plane is cast in perpetual sunlight. It is prophecized that when the time comes that the second sun reaches the Horns of Bolas, he will return to liberate these people with eternal life. This eternal life, however, could not be farther from the paradise they believe.

Their eternal life is actually a twisted reflection crafted by the scaly claws of Nicol Bolas: The Deceiver, God Pharaoh, and a being once immortal with power beyond compare. This realm was corrupted by Nicol Bolas before the Mending (Which I’ll talk about briefly in the Dominaria section). This corruption was intended to create an army of superior undead. The inhabitants of Amonkhet train to peak physical condition only to kill one another in ritualistic trials. These trials breed only the strongest for this undead army known as Eternals.

Sadly, every death here, even those not from the Trials, leads to a state of undeath known as the Curse of Wandering. Upon the inhabitants “God Pharoah” returning, they learn the truth of his intentions. Those remaining alive on the plane then fled into the desert with their last remaining god and an uncertain future. It was also here that the Gatewatch was defeated handily by Bolas (after tackling some big issues like Eldrazi on Zendikar) resulting in several members retreating to Dominaria. 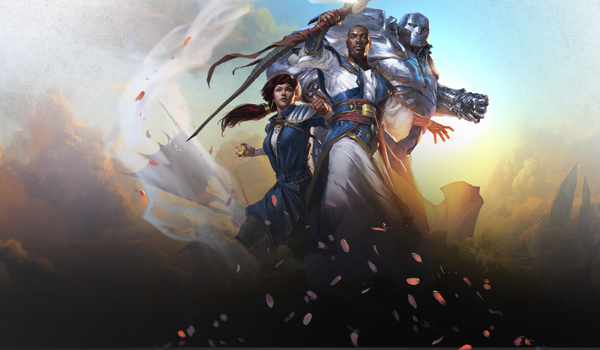 Like many a plane, Dominaria has a rich and vibrant ecosystem in place. You can find a little bit of everything with rich forests, dangerous volcanos, wretched swamps such as Urborg, and even more. Beyond a diverse landscape, many major events in Magic the Gathering’s storyline have culminated here in Dominaria. The Mending was one of the biggest events in the Magic timeline that happened here. It caused the whole of the multiverse to realign with how we see Planeswalkers today and took away the immortality that some beings, like Nicol Bolas, so enjoyed. Most recently, after a major defeat by Nicol Bolas, the planeswalkers associated with the Gatewatch retreated here to try and find a solution to their dragon problem. It is now, 60 years (in-universe) after this event, we as observers and players find a return to Dominaria.

Dominaria gives us a great foundation from a story perspective. It is always scary, but exciting to witness the heroes become defeated. That said, a crushing defeat can lead to redemption, how characters handle such loss and failure, as well as grand opportunities for upward action. As many members of the Planeswalker team depart believing the Gatewatch not up to snuff, we’re left with Gideon and Liliana attempting to gather more power in hopes to defeat Bolas. Given how long it has been since the Mending, we get the amazing chance to see how characters have grown and see these reflected in cards that are associated with them. It’s always a treat to see Planeswalkers add new colors to their identity and to watch how their abilities shift to overcome challenges presented.

Do you love the lore of Magic: The Gathering? Tell us about it in the comments! And be sure to check back every Wednesday for new episodes of Spellslingers, here on Geek & Sundry!