A BRAVE NEW WORLD Comes to Peacock in Unsettling Trailer

As we’re learning in 2020, dystopian nightmares are a lot more fun when they’re fictional. But that’s also why those cautionary tales are always so relevant. They serve as reminders of the bleak future society might face if it follows the wrong path. That includes futures that are treacherous, not because they are dark but because they promise nothing but happiness. At any cost. Now Peacock is bringing one of the most famous dystopian novels to the screen with an original series based on Aldous Huxley’s 1932 classic Brave New World. And the show’s newest trailer promises an unsettling look at what happens when mankind gives over control to technology and strict authoritarians.

Wait…are we sure this is fiction?

“In a utopia whose perfection hinges upon control of monogamy and privacy, members of the collective begin to question the rules, putting their regimented society on a collision course with forbidden love and revolution.”

Peacock, NBC’s upcoming entrant into the crowded world of streaming options, has shared a new trailer for Brave New World. It’s one of the Peacock Originals that will debut when the service launches on July 15. The nine-episode first season stars Alden Ehrenreich ( Solo) as John the Savage. As this promo makes clear, he will be the catalyst to challenge an “upside down” world that is far from the Eden it pretends to be. 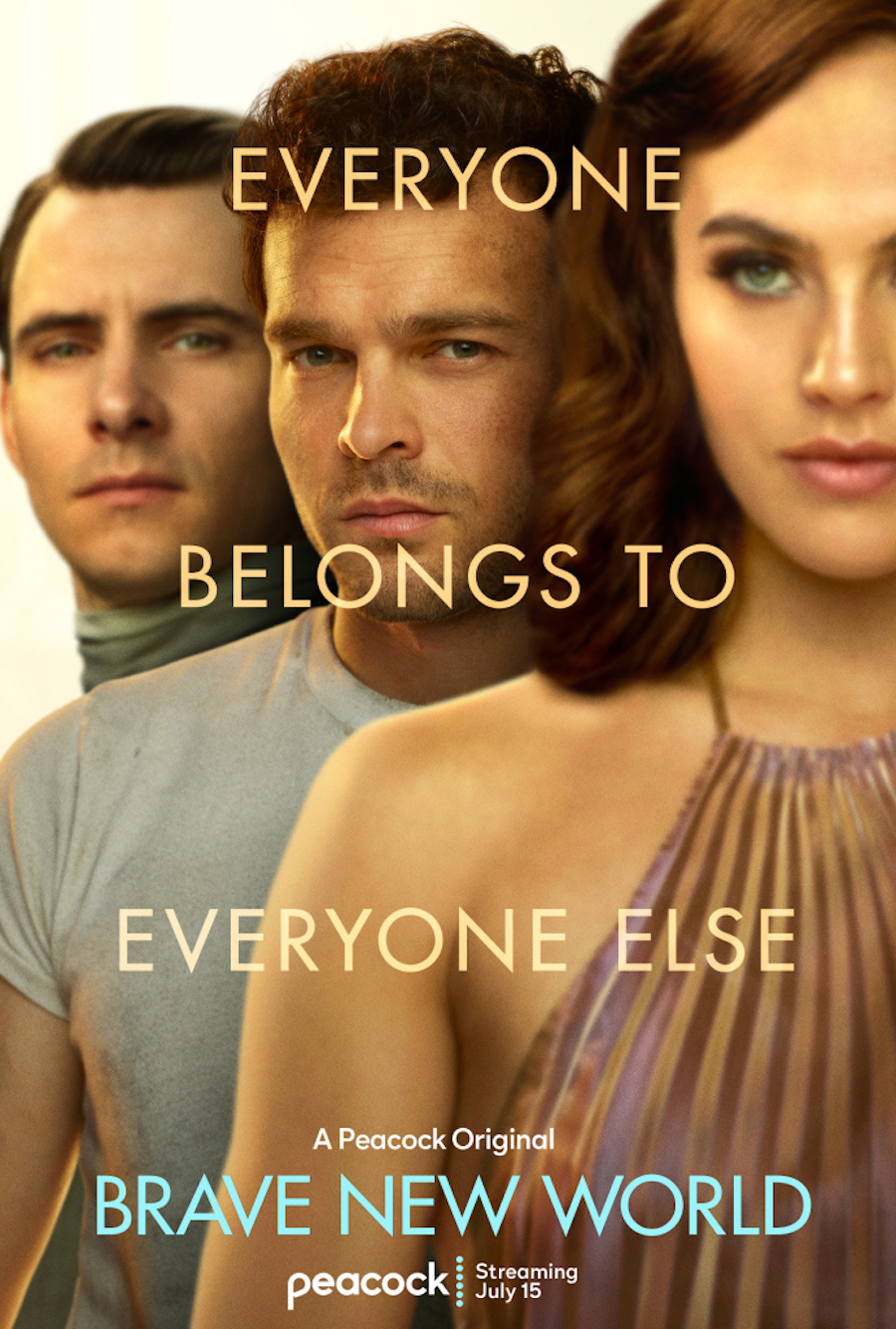 This trailer feels reminiscent of Black Mirror. Of course, Black Mirror is reminiscent of Huxley’s novel and 1984, so comparisons are inevitable. As will be ones with HBO’s Westworld: another cautionary tale about the perils of relying on technology to “fix” humanity.

But it’s not as though the world can have too many of these stories. We now know it’s a lot easier to end up in a dystopian nightmare than we thought.