Ever wonder who would win in a fight between robots and dinosaurs? Better yet, what if you combined them into one super-fighting team against a squad of zombie-ninja warriors?

In Smash Up, there’s no limit to the awesomeness you can throw into battle. With crazy card combinations, eye-popping art, and a ruleset designed to get you playing faster than other card games, Smash Up is a favorite amongst casual and heavily-invested gamers alike.

If you’re new to Smash Up, look no further than this guide. We’ll show you what the game is all about and you’ll be ready to grab a couple of factions to crush your opponents in no time!

In Smash Up you’re trying to rule the world by smashing bases via your personal deck of cards. There are two types of cards: minions and actions. On your turn, you may play one minion and one action, in any order. Then, you draw two cards. That’s your turn. Easy peasy, right?

Each base has a breaking point of a certain number of points and each minion card has a point value. Players may play minions on any of the bases; if the total minion points from all players is equal to or exceeds the base’s breaking point, then the player with the most minion points smashes it and gains the victory points listed. Other players may receive points as well, depending on the base.

Bases are replaced after they’ve been smashed, and players continue playing and drawing cards and smashing bases until the first player to 15 victory points wins the game. You can check out the ins and outs of the game in this How to Play video: 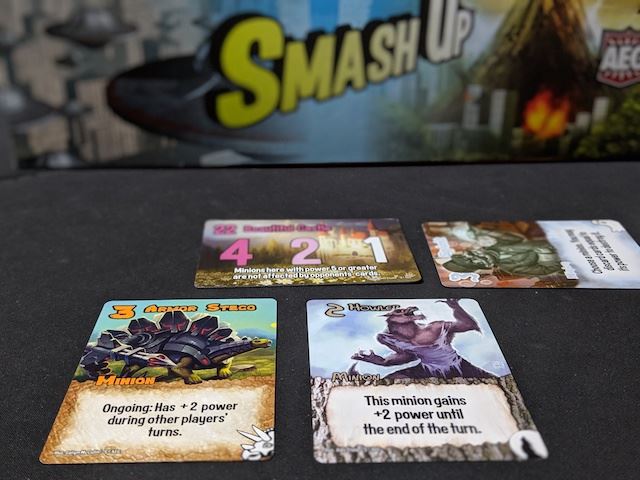 Everything you need to begin playing is included in the base game: eight different factions of 20 cards each, from zombies and dinosaurs to robots and pirates. Simply choose two factions, no matter how odd the pairing may seem, and shuffle both sets together.

Once you get the itch to try out different factions (and you will), there are plenty of expansions that bring more factions into the Smash Up world. In fact, half the fun of Smash Up is exploring all of the different factions and discovering the crazy combinations. 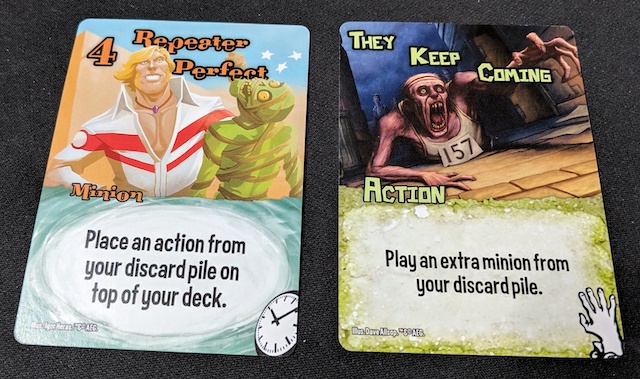 For those of you into the spooky worlds of H.P. Lovecraft there’s the Obligatory Cthulhu Set. Or, if you’re into classic movie monsters, there’s the Monster Smash. My personal favorite: the Cease and Desist set of cards that are similar-to-but-not-enough-to-be-sued characters from Star Wars, Star Trek, Game of Thrones, and Transformers. No matter which factions you choose, you’re guaranteed to have a blast at the tabletop.

Pro tip: It can be a chore keeping track of everybody’s minions scores for each base, so print out the scoring mats from boardgamegeek.com to keep a running tally on each base. It’s much easier than re-adding all of the minions every time you’re trying to figure out if the base has been smashed. Super handy! 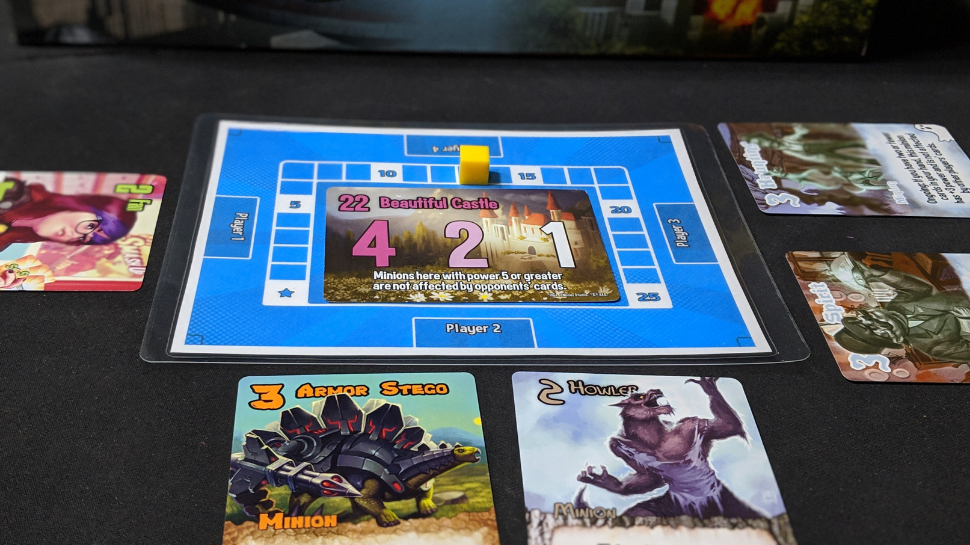 See what it’s all about!

If you want to see the game in action, check out this episode of Game the Game:

What are your favorite Smash Up factions? Tell us in the comments!