7 Characters We Want to See in DOOM PATROL Season 3

A terrifying cliffhanger at the end of Doom Patrol season two sets up a whole lot of potential for adventures yet to come. Over the last 22 episodes, the show has introduced a roster of strange, surreal, and deep-cut DC characters from the cult comic book series. While the first season looked to classic arcs written by Grant Morrison and Rachel Pollack, season two delved into some more contemporary Doom Patrol creations, what with the introduction of the Scants, who debuted in Gerard Way and Nick Derington’s recent comics reboot. With an already impressive cast of characters, it might be hard to imagine that there are more wild creations who could join the series in season three. But we’re here to dispel those thoughts!

The Brotherhood of Dada 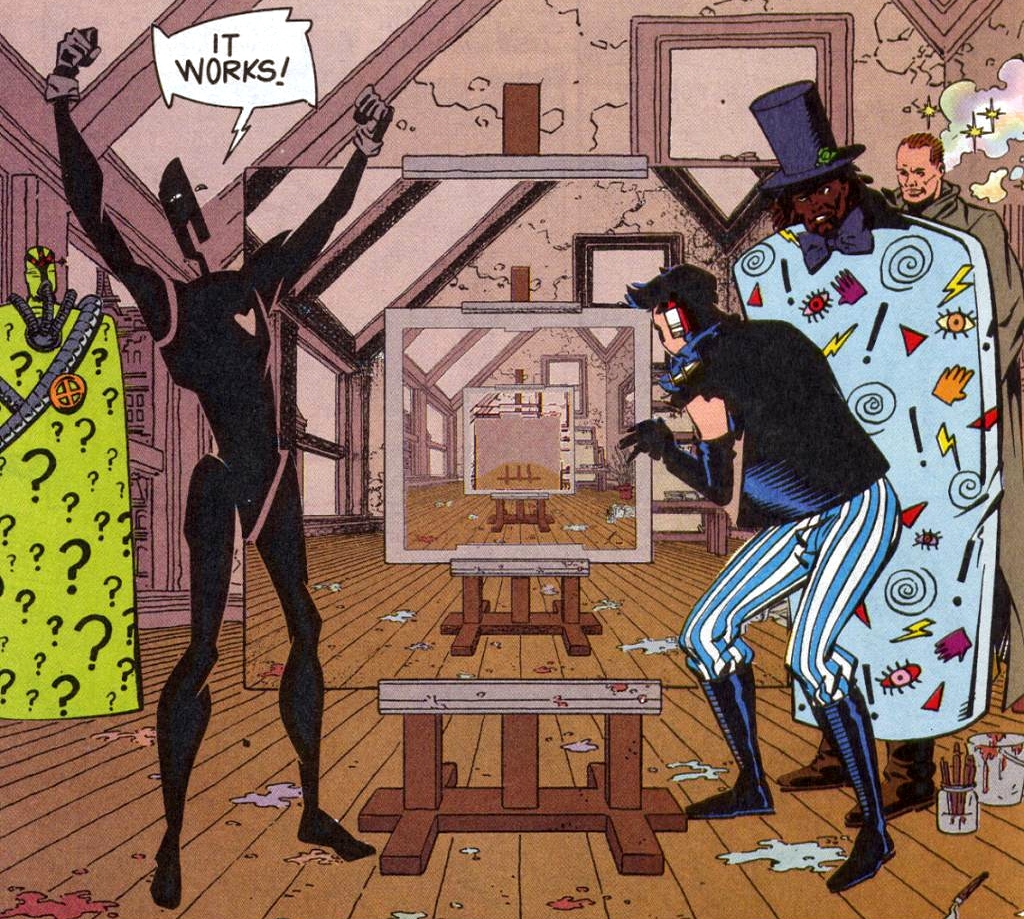 Despite meeting their leader Mr. Nobody in season one, we’ve yet to explore the true weirdness of the Brotherhood of Dada on screen. The arthouse terrorists are recurring villains in the Doom Patrol world with their resurgence during the most recent series. Now that Mr. Nobody is apparently out of the picture, there’s no reason that his cronies wouldn’t be out for revenge. And with that shiny new HBO Max budget, there’s lots of fun to be had with their inventive visuals. 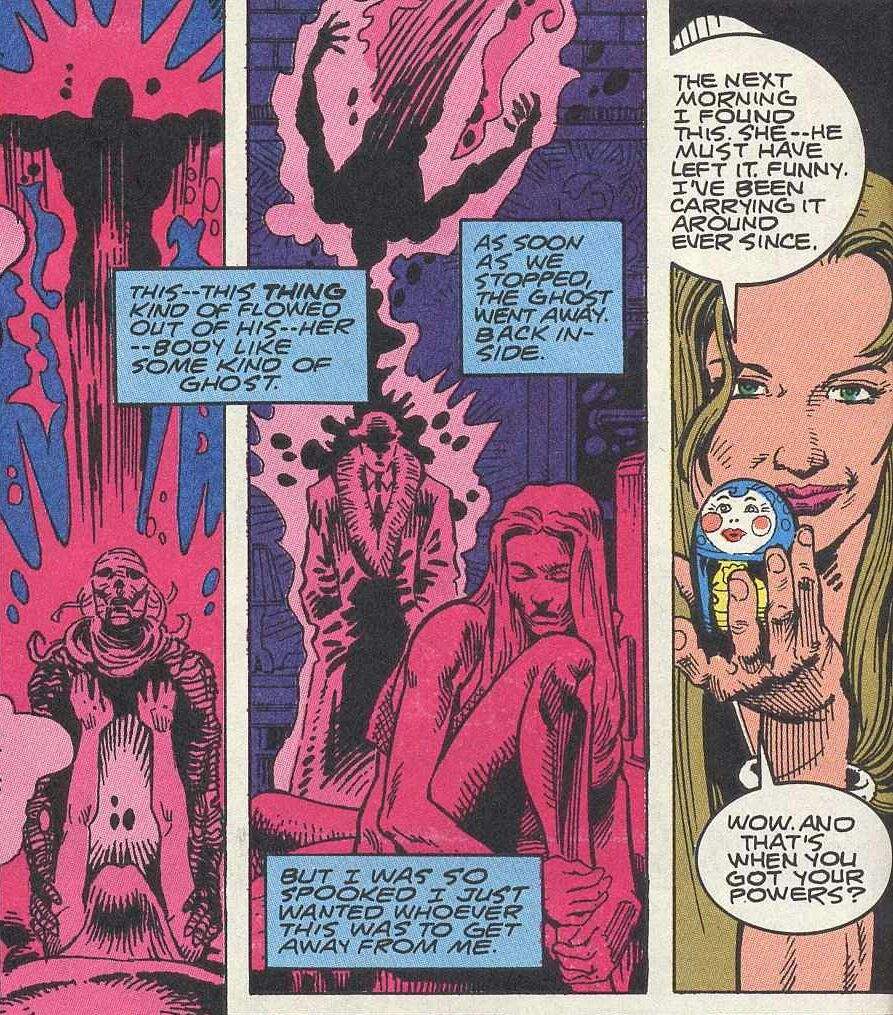 One of the first transgender superheroes in big two comics, Kate Godwin was created by transgender comics creator  Rachel Pollack. She’s a sex worker who gains her powers from sleeping with another character who we’re hoping gets introduced next season. Her power set is a perfect fit for the weird heroes we love as she can dissolve solids and coagulate liquids at will. It would be amazing to see a transgender actor portraying a trans character, and WB has a good track record for this kind of representation. (Plus, Doom Patrol is queer as hell so we’re hopeful.) 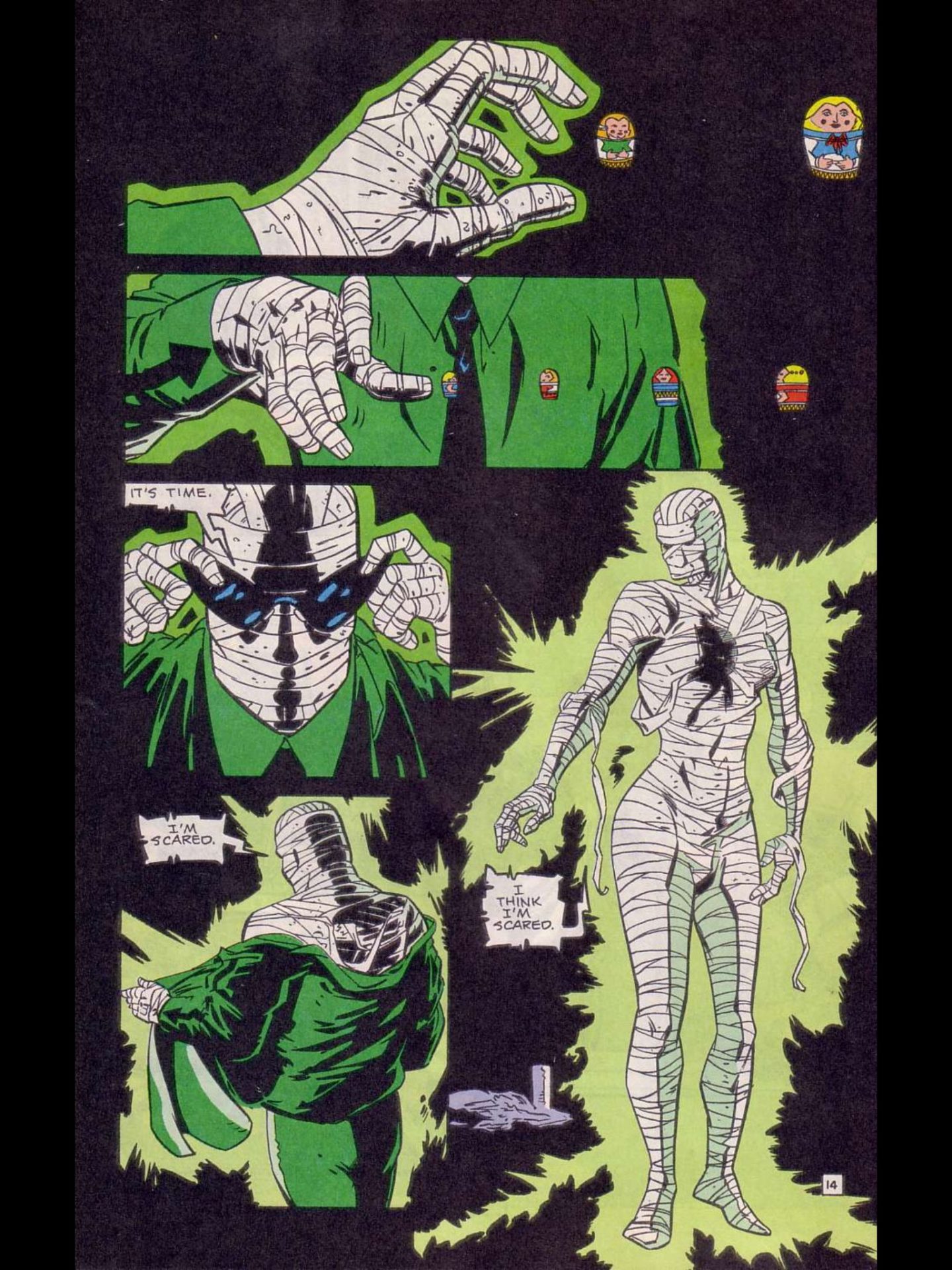 Although Larry is one of our favorite characters, we’re intrigued by the prospect of seeing the Negative Spirit in different guises. Rebis is an interesting amalgamation of Larry, the Spirit, and Dr. Eleanor Poole. Despite some of the dated language and terminology around Rebis from the comics, it would be really exciting to see the thoughtful writers behind Doom Patrol tackle them. Plus, Rebis’ fate is closely connected to the Candlemaker… 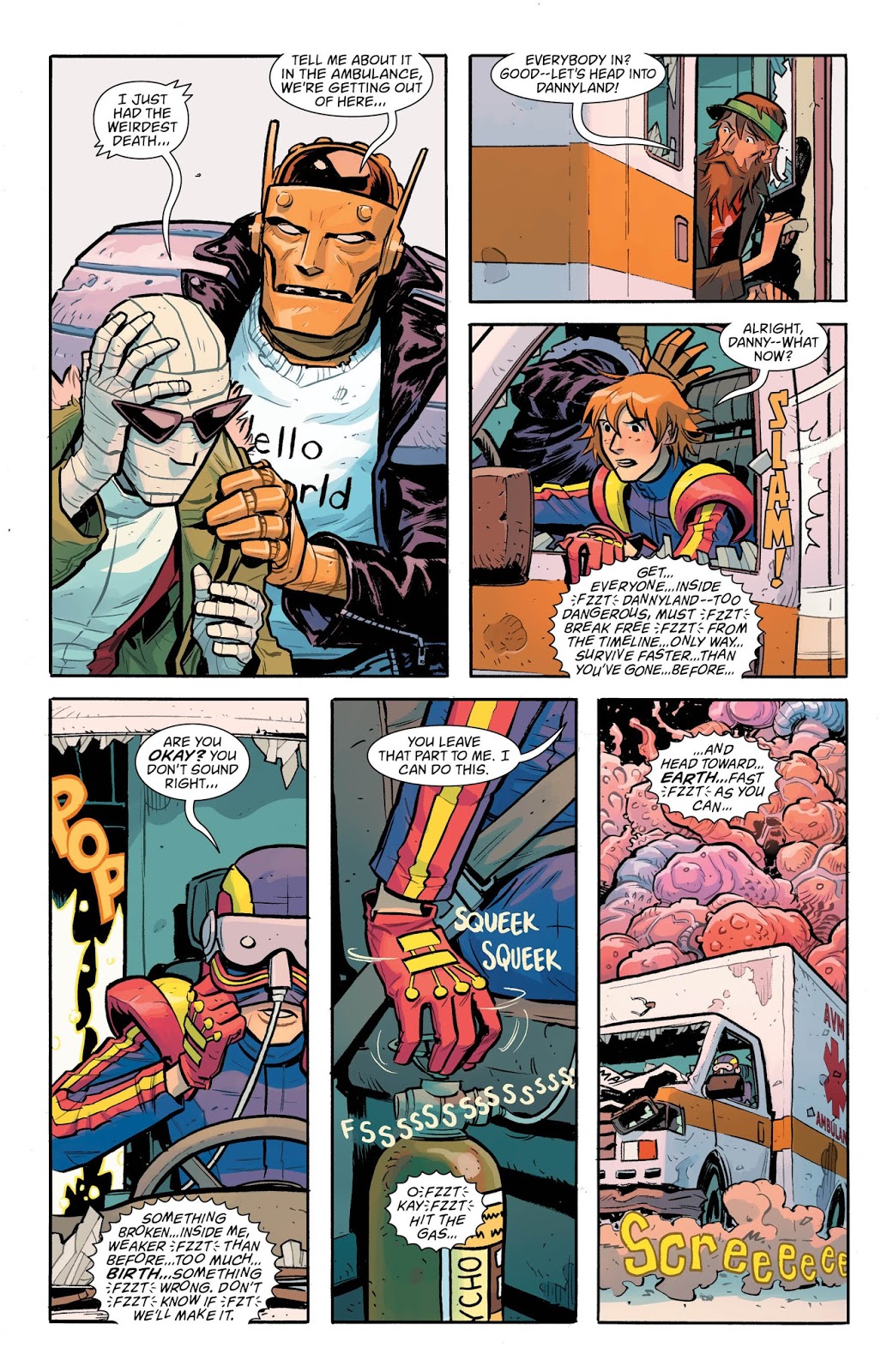 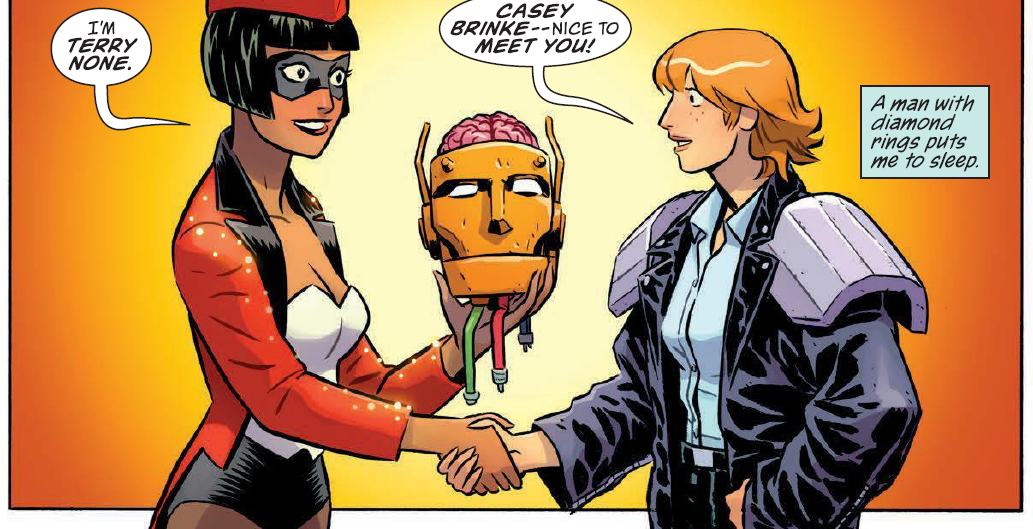 Danny creates a comic book character named Casey whilst he’s Danny the World, in a perfectly meta-twist that we’d love to see brought to screen. In the Derington and Way arc, Casey becomes a part of the team alongside Danny as their driver, confidant, and friend. It would be super cool to see Casey join the team, especially as the rest of the team is out of action right now so the world and the Doom Patrol need a couple more healing heroes who could help. 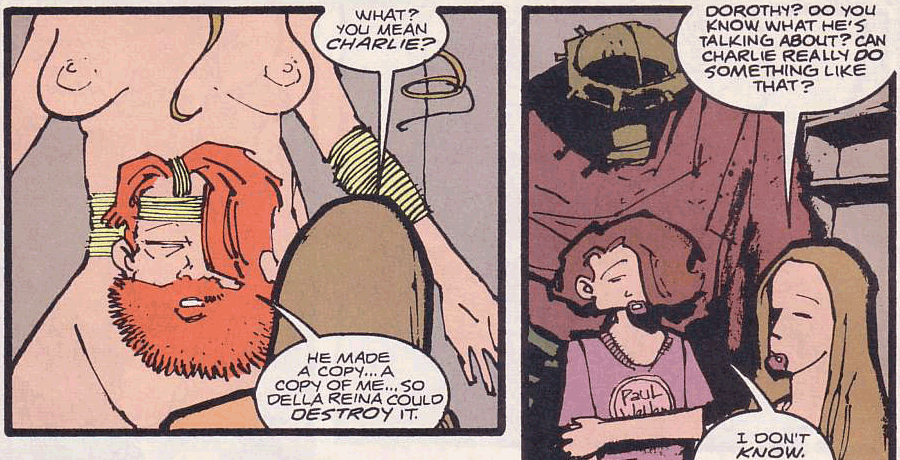 This is a bit of a cheeky suggestion, but it would be a fun nod to his surprisingly regular appearances as a severed head. With Dorothy facing down the Candlemaker and Niles already close to dying, this would be an inventive way to keep him alive without ignoring the emotional arc and driving force behind the entire show: Niles’ quest to keep himself alive to watch over Dorothy. Potentially this could be something that the Chief comes up with himself as a way of gaining a little more immortality. And wouldn’t it be great to see Timothy Dalton acting his heart out with his head in a bucket of ice/tray/strapped to a torso? 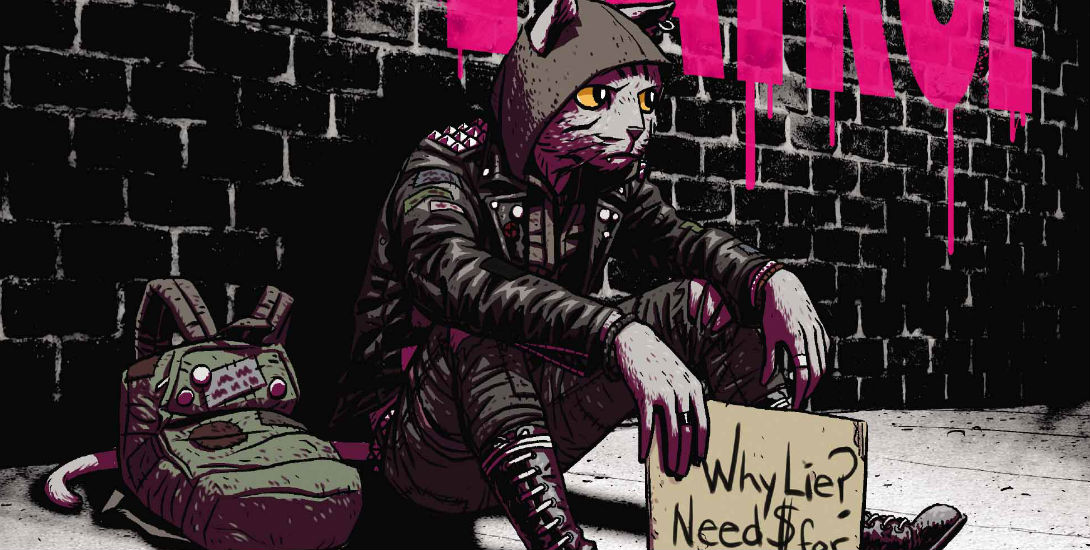 There’s another Way and Derington character we’d love to see too. Casey has a pet cat called Lotion, who goes through some changes before becoming a de facto member of the team. After Lotion has a strange encounter with an astronaut, they become an anthropomorphic hero. Doom Patrol definitely needs more talking animal-human hybrids, so we really wanna see this punk-pet come to the next season of the hit show. Plus, if they follow the comics arc, Furries will be very happy. That’s all we’re saying.