Since her first appearance four years ago, Spider-Gwen has become nothing less than a phenomenon amongst comic book fans. An alt-universe version of Gwen Stacy from a world where she, not Peter Parker, was bitten by the radioactive spider, Spider-Gwen began as the star of a one-shot, but soon became one of Marvel’s most popular characters. With her awesome turn in Spider-Man: Into the Spider-Verse, Gwen has now been introduced to a whole new world of fans, and we’ve picked out six of the best comics to read to get to know the rad hero!

Edge of the Spider-Verse #2 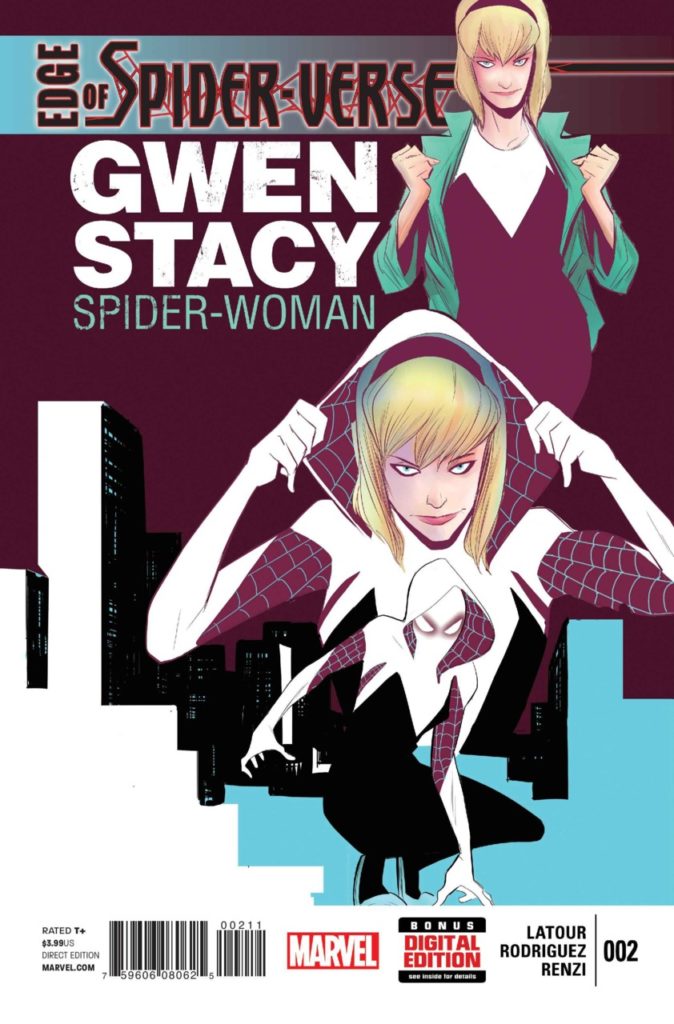 The first appearance of Spider-Gwen came in this Edge of the Spider-Verse comic, which imagined a world in which Gwen Stacy was the one who was mutated on the fateful science trip and ended up with spider-powers. In this issue, Gwen looks back at her life as she practices with her band The Mary Janes (which does also feature Mary Jane Watson) and recalls how she became Spider-Woman. Spider-Gwen’s creators Jason Latour and Robbi Rodriguez do a great job of introducing us to the brilliant new webslinger. 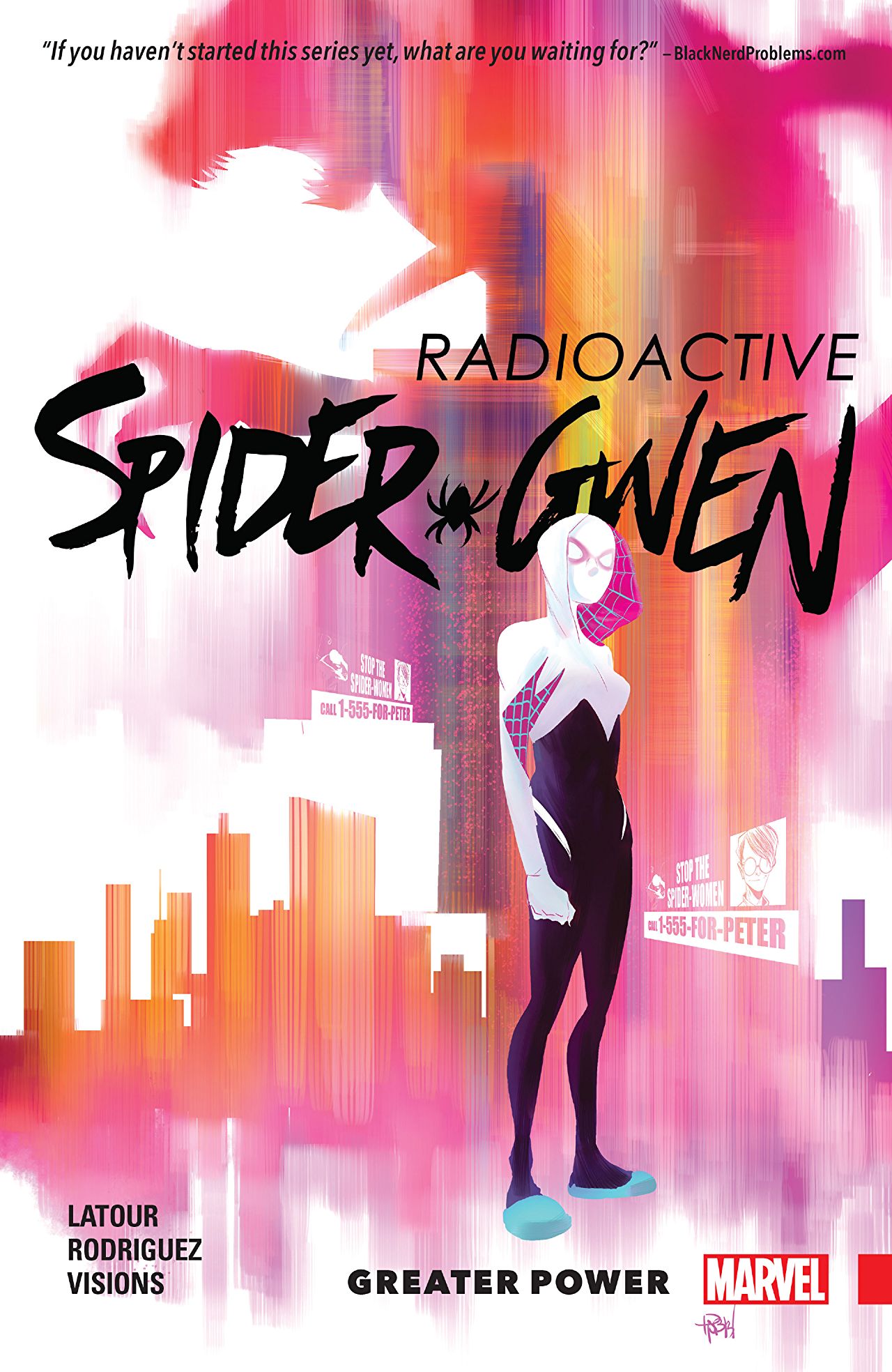 In her first ongoing arc, Spider-Gwen became a wanted woman following the death of her best friend Peter Parker. After a science experiment gone wrong Peter became the Lizard and died during an attempted attack on Spider-Woman. Wrongly accused of his murder, it becomes increasingly hard for Gwen to continue her crime-fighting career. But when a new Lizard appears, Gwen has no choice. This rad story also sees another iconic Spider-Woman team with our protagonist to help her prepare to face down the notorious Osborn family! 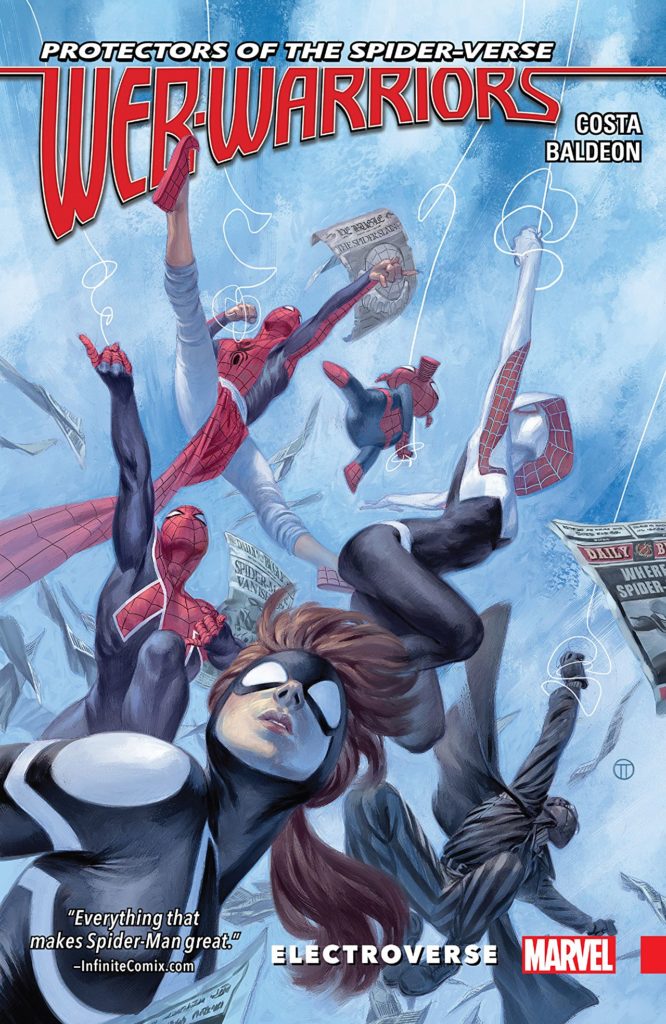 If you’re excited about seeing Spider-Gwen and her spider-pals in Into the Spider-Verse, then Web Warriors is the comic for you. This super fun series sees multiple spider-folks, led by Gwen herself, team up to save their universes against the threat of the classic Spider-Man villain Electro! But when Gwen gets stranded far from home she faces an epic adventure to get back and save the day. 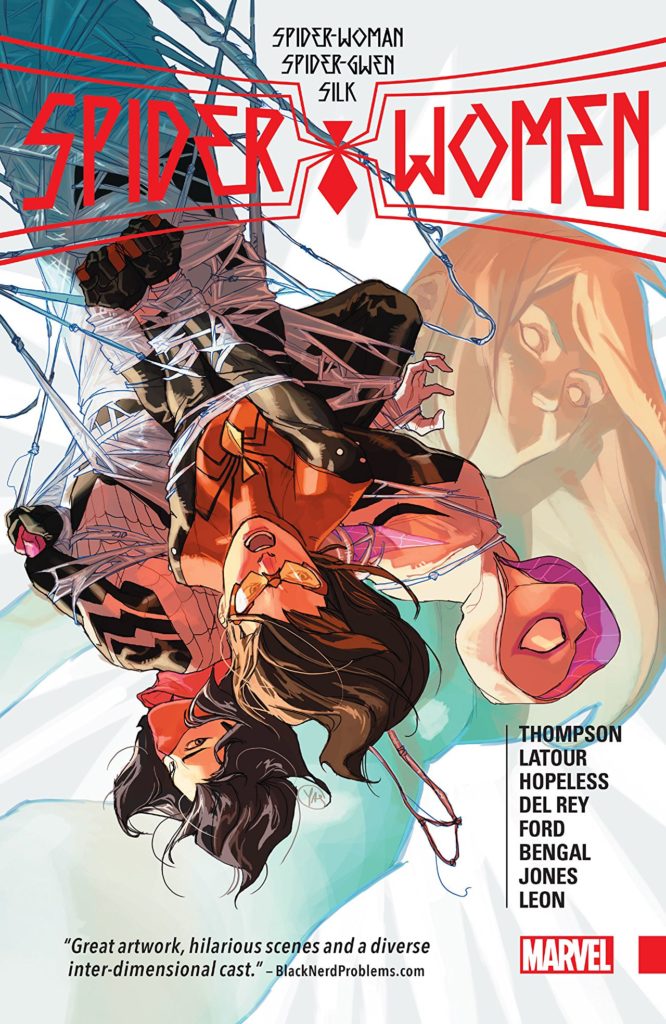 This is a fantastic spider-mashup as the original Spider-Woman A.K.A. Jessica Drew, Cindy Moon’s Silk, and Spider-Gwen spend a relaxing day in Gwen’s universe. That is, until the head of a mysterious spy agency named S.I.L.K. discovers the galaxy-hopping heroes and is less than happy about it. A great way to get to know three of the most important spider-people who have ever graced the pages of Marvel’s comics, Spider-Women is a whole bunch of fun.

Spider-Man/Spider-Gwen: Sitting in a Tree 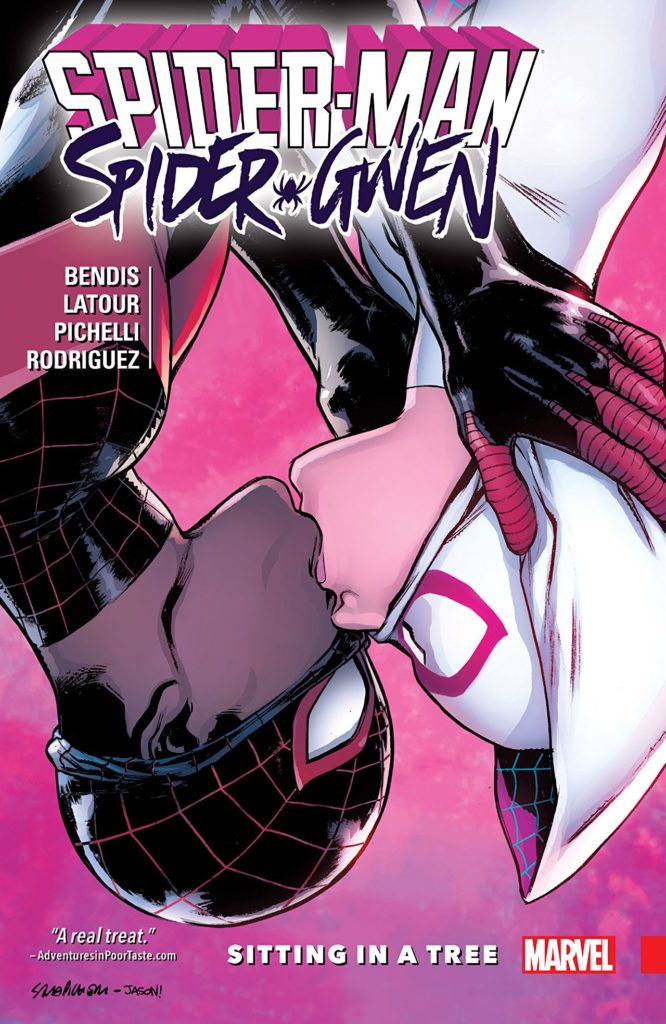 A universe-hopping romance between two of comics’ most famous contemporary web-slingers is just as much fun as it sounds, and it’s a great primer on the relationship between Miles and Gwen. When Spider-Man heads to Earth-65 on the hunt for someone close to him he ends up running into Gwen and together the pair get into a whole bundle of action, trouble, and even a little kissing. 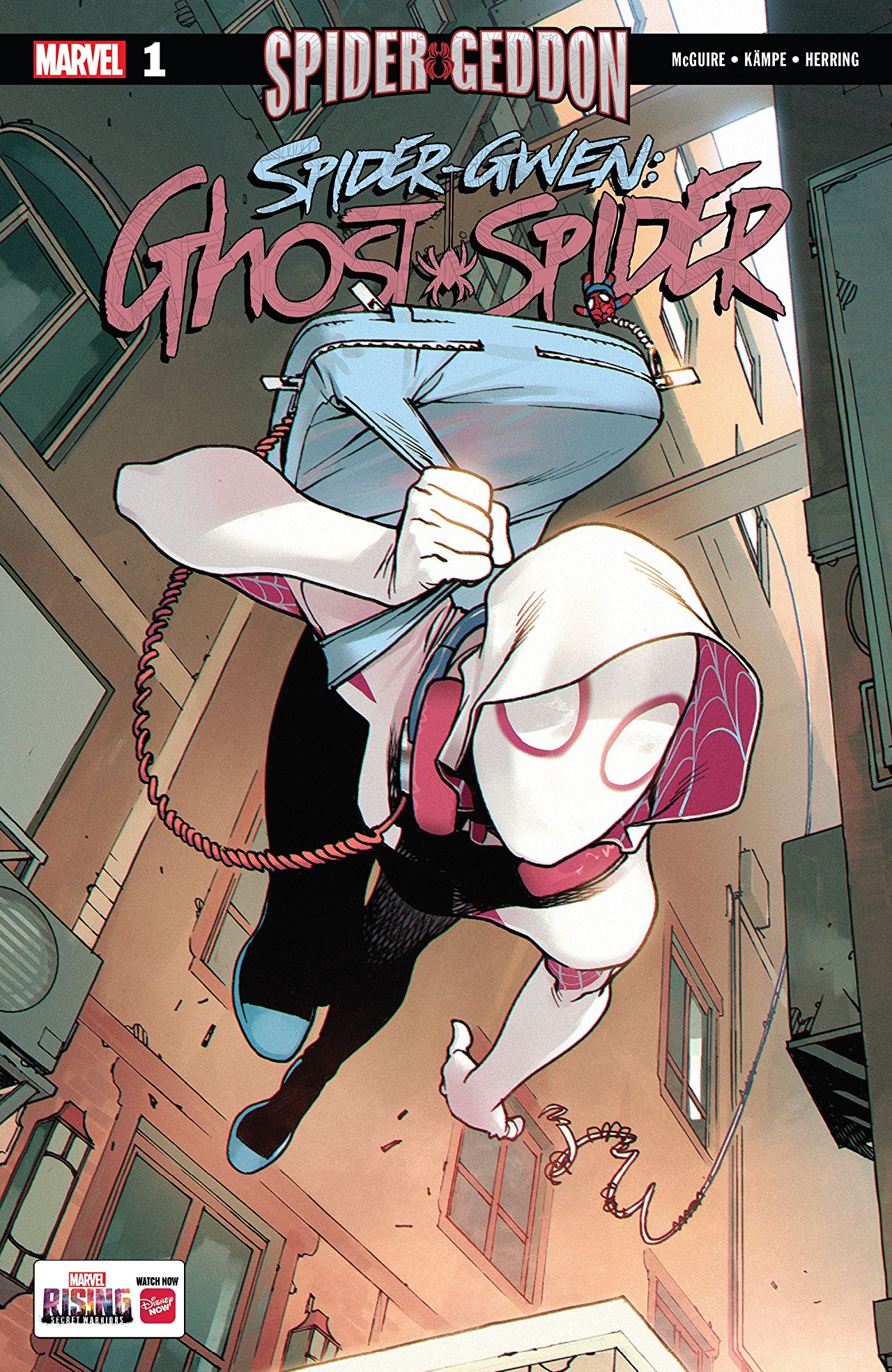 Want to get in on the ground floor of a brand new Spider-Gwen series? Then make sure that you grab this new ongoing book that introduces the new moniker given to the character in the Marvel Rising series. Working as a soft reboot, this rad run from Seanan McGuire and Rosi Kamp reintroduces fans to Gwen and the world of Earth-65, where she is still fighting crime and unknowingly sitting on the edge of another multidimensional disaster!