6 Pairings We Hope To See More In STRANGER THINGS 3

As we get closer to Stranger Things 3, it seems that the Upside Down isn’t the only thing brewing in Hawkins. According to the cast, our hometown heroes will also have a summer of love in 1985. Here are six pairs we think will strengthen their bonds in Stranger Things 3. 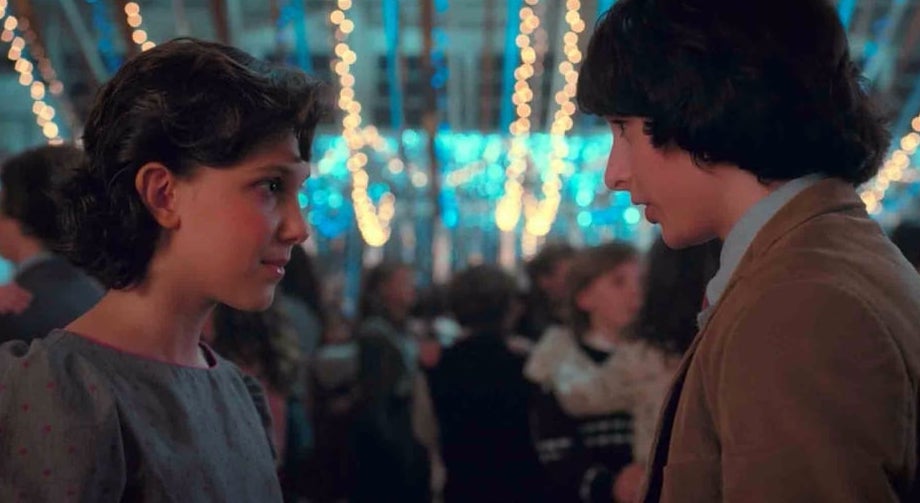 I mean, come on! Mike and Eleven have always been an OTP for Stranger Things fans, and their relationship has grown so much. They already had the strongest bond within the DnD party, since Mike was hiding Eleven in his basement, E.T. style. Plus, Eleven made bully Troy wet himself after his gym confrontation with Mike. (She also broke his arm later on too, in case you forgot). In the midst of the season finale’s chaos, Mike even stole a smooch after asking Eleven to the Snow Ball.

Absense makes the heart grow fonder, and that was definitely the case between these two in season two. Both were seriously worried for each other, and who can forget Mike’s “Notebook” proclamation of love! He called her every night, people—and Eleven even counted the calls, too! Mike was ready to throw hands at Hopper for keeping her away from him and their friends. Luckily, the two were able to share a dance—and another kiss—at the Snow Ball in the season finale.

We can only expect that their relationship will continue to develop in season three. However, nothing seems right in Hawkins, and who knows what effect their exclusivity will have on the group dynamic. 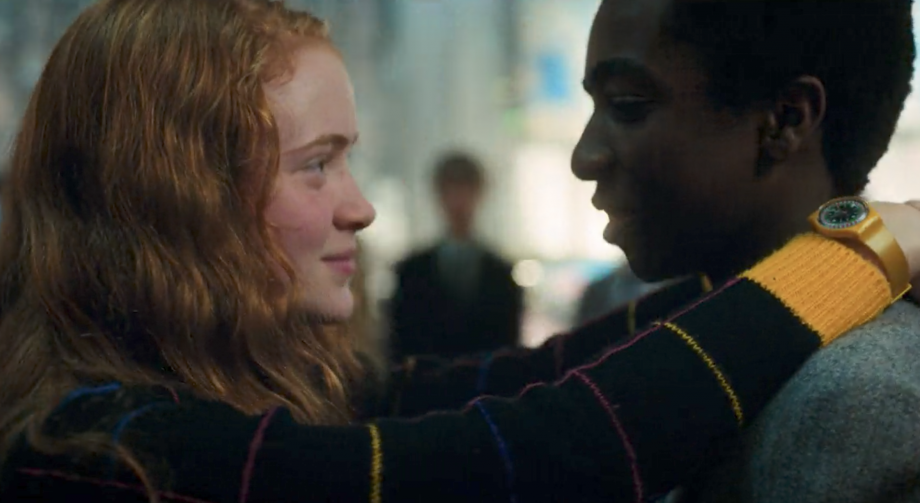 This potential romance took us by surprise last season. As soon as Max entered the scene at the arcade, we knew some competition was bound to happen between the boys. Turns out the fight for Max’s attention was between Lucas and Dustin, and in the end, Lucas came out the lucky one. The pair also shared a slow dance—and kiss—at the Snow Ball.

Recent clips show Max and Lucas having some fun and holding hands, adding on to their chemistry in season two. Like Mike and Eleven, we’re wondering how this pair will operate within the friend group. Dustin looks particularly hurt watching the two walk off with each other in the trailer. Will also seems bummed that all his friends are growing up and entering new stages in their lives. At the very least, this pair will have Mike and Eleven to double date with! 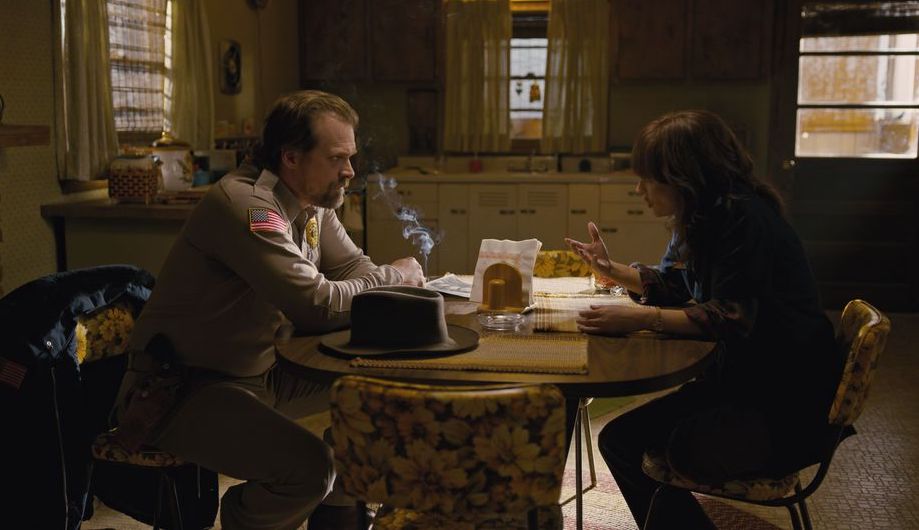 Ah yes, the tried-and-true “Will They / Won’t They” pair. Both have gone through some trauma concerning kids, and they have history already (they went to high school together). We loved it when they got annoyed with each other, and we especially enjoyed it when they paired up to kick some demogorgan butt. Even though we were slightly disappointed to see Joyce end up with Bob in season two, we couldn’t help but feel happy for her. We’re still feeling hurt about what happened to him last season. We didn’t deserve Bob!

Now with Joyce single, our slow burn pair may finally end up together. They could also not. The trailer shows Joyce alone at home and Hopper on a date, so they might not be leaping into each other’s arms yet. Plus, I have a feeling Hawkins’ mayor is going to be an obstacle for the two to deal with. Honestly, I’ll take any Hopper and Joyce moments at this point! 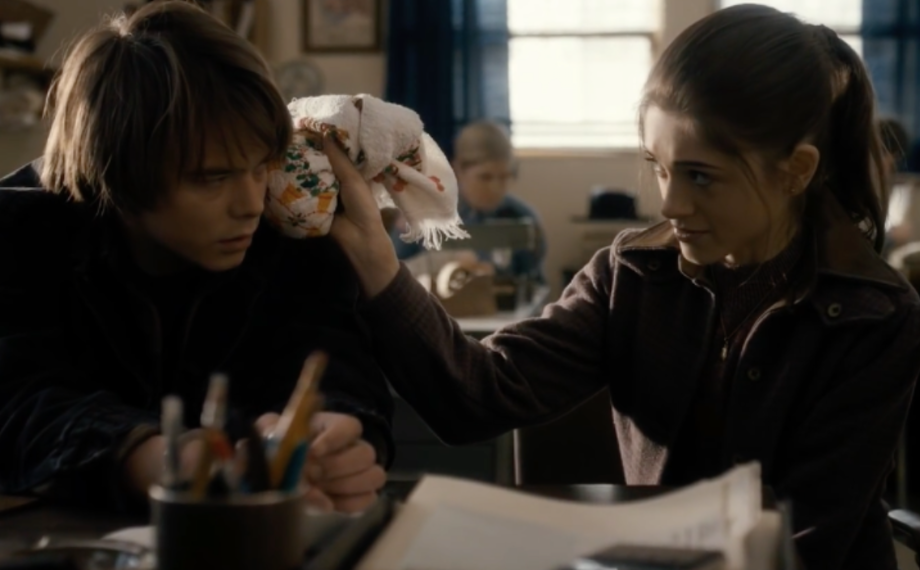 Oh boy, guys, this one is practically Stranger Things canon! Yes, Steve and Nancy’s relationship was never explicitly stated as over, but after season two, it most definitely is. Nancy and Jonathan, since season one, have always been good together. Nancy showed kindness to Jonathan when Steve didn’t, and both lost people to demogorgan attacks. They even helped discover portals to the Upside Down together in season one.

When season two came around, Nancy and Jonathan were practically a pair. The two began shopping their Upside Down story to anyone who’d listen, and had an interesting overnight stay at Murray’s place. Their decision to meet up and kiss in the middle of the night seemed like a fanfiction dream come true. Going forward, this duo seems like they’ll be balancing a romantic and professional life together. The two were spotted sitting anxiously at the Hawkins Post in the trailer. We can only imagine what else they’ll expose about Hawkins in season three. 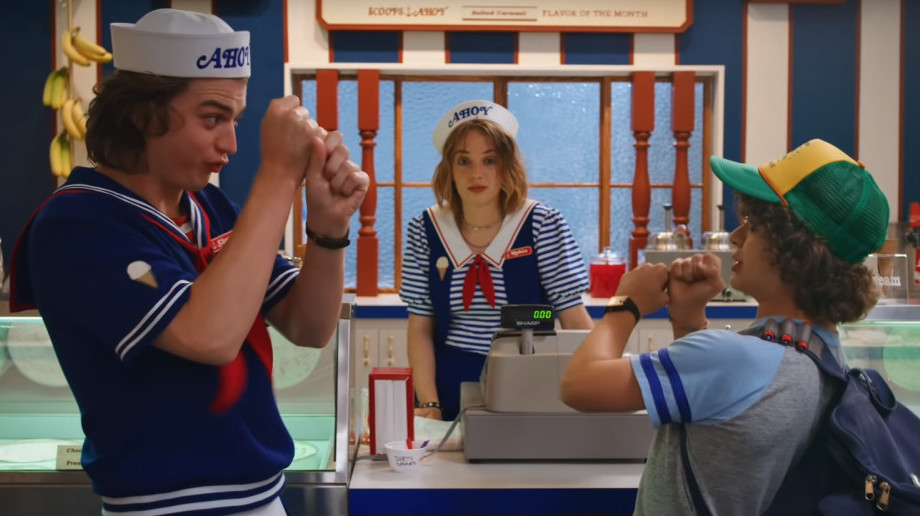 A summer of love doesn’t have to be romantic, you know. One of the best parts of season two was the unlikely bromance between Steve and Dustin. Steve’s been incredibly popular since season one, even when he was a one-dimensional jerk. Dustin was already a fan favorite from the start. Putting the two together, in retrospect, seems like a no-brainer. Or maybe like Milk Duds and popcorn, at least. Plus, both were getting pretty lonely in season two, and needed some new companionship in their lives.

Steve giving dating and hair advice to Dustin, the two searching for Dart, and their ride to the Snow Ball made our hearts gush. Thankfully for us, it looks like this bromance train isn’t stopping anytime soon. Both the New Coke ads and Stranger Things 3 trailer show this friendship still going strong. We can’t wait to see what adventures they’ll have together in the Starcourt mall. 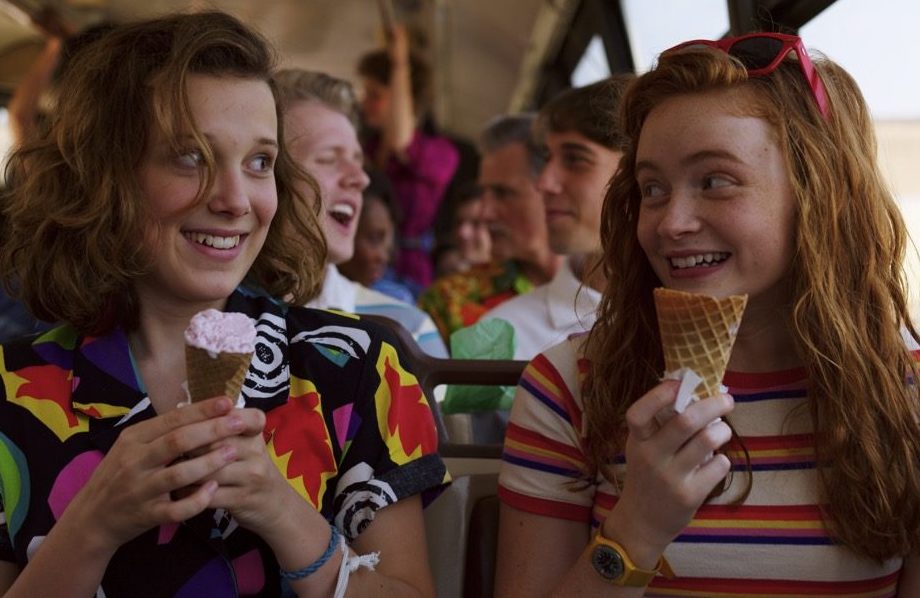 At first glance, this doesn’t seem like a great pair. Both girls weren’t particularly fond of each in season two, and probably felt competitive for the boy’s attention. Eleven brushed off Max’s attempt at saying hello when the gang first reunites.

Now that Eleven is back and everything seems back to normal, we may have a sisterly bond on our hands. Both girls can benefit from having a sister-like friend in their lives, with Eleven alone and Max’s douche brother, Billy. From the looks of the trailer, the two are getting along really well, going to the mall and eating ice cream. We’re glad that these two are on good terms, and that they’ll have each other when the boys become too much.