Thanksgiving is all about appreciating the people we have around us—including our favorite TV characters whom we spend hours with throughout the year. While my real-life Thanksgivings are never quite as exciting or heartwarming as those on TV, many of our most lovable shows find ways to truly appreciate the holiday. Despite surrounding antics or family drama, our favorite TV families of all varieties find ways to warm our hearts for Turkey Day. Here are a few heartwarming moments to make you feel warm on this cold day.

After Snoopy’s idea of Thanksgiving dinner disappoints Patty, she blames Charlie Brown from ruining Thanksgiving. Luckily, Marcie reminds Charlie that Thanksgiving is more than just having the “perfect” dinner. While it’s easy for us to focus on the logistics of the day, Thanksgiving is about spending time with those we are thankful for. Luckily, Linus always has an inspirational word to impart as well.

Friends “TOW All the Thanksgivings”

Over the course of 10 years, Friends provided us with so many heartwarming Thanksgiving episodes. And while choosing a favorite seems impossible, I have no trouble smiling during this episode in the early days of Monica and Chandler’s relationship. Even though Thanksgiving is Chandler’s least favorite holiday, Monica is dedicated to making happier memories. And when Chandler tells her he loves her for the first time, it warmed our hearts. Also, her embarrassing turkey dance is pretty adorable. 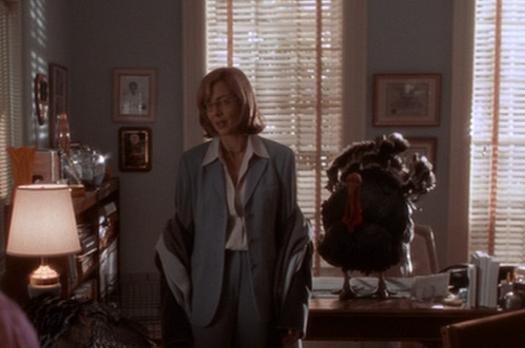 The West Wing has a habit of heart-warming lessons with swelling music scoring them. After a group of refugees request religious asylum on Thanksgiving, President Bartlet gives us a lesson in being grateful for the power of the United States to do some good in the world. It’s that whole “with great power comes great responsibility” thing. While we often have difficult decisions to make, sometimes making those decisions brings great joy. Thank you, for reminding us of that President Bartlet.

The Simpsons “Bart vs. Thanksgiving”

Bart and Lisa Simpson fight like most siblings–Thanksgiving is no different. When Bart destroys Lisa’s centerpiece, he’s sent to his room where he quickly escapes. He makes his way to a nearby homeless shelter, which helps him realize how good he has it at home. There’s nothing like seeing how lucky we are to remind us how much we have to be grateful for. Bart goes home and apologizes to Lisa who gives him a big hug and kiss. Family is an important aspect of Thanksgiving and The Simpsons remind us that we should remember to appreciate them!

The OC “The Cold Turkey” 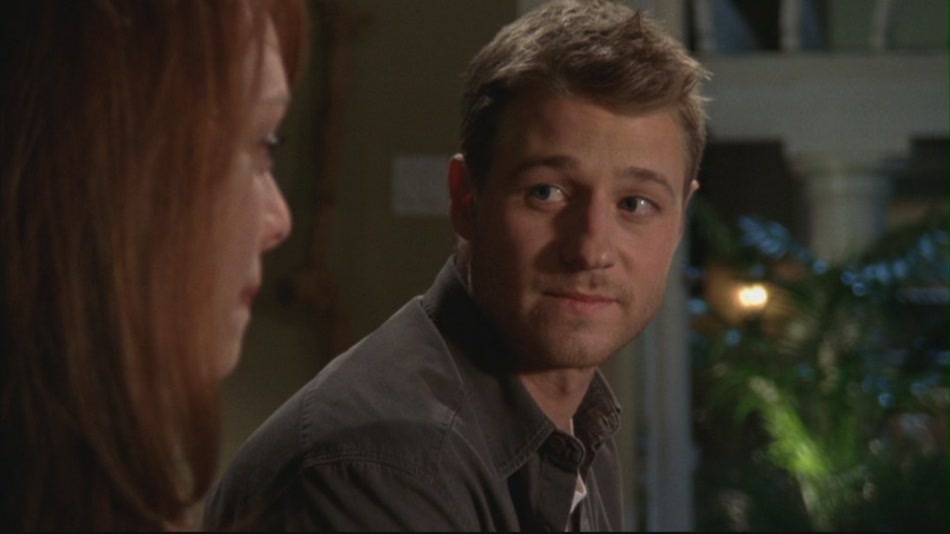 After a rough year, the people of The OC needed some love. Julie Cooper wasn’t always the sweetest lady on the show–basically she was the worst. But missing Marissa brought out a certain vulnerability in her. After swallowing her pride, she apologizes to the Cohen’s, who generously offer to make room for her at their Thanksgiving table. Plus, she finds time to finally reminisce with Ryan. And hey, if those two can make amends, anyone can!

How I Met Your Mother “Slapsgiving 2: Revenge of the Slap”

How I Met Your Mother is known for it’s Thanksgiving episodes. While Barney sits awaiting his Thanksgiving slap, Robin and company demonstrate the generosity of the holiday by all gifting the slap to others. Ted gives the slap to Robin who gives the slap to Mickey who offers it to Lily as a gesture to make up for his lack of fatherhood in the past. Marshall is excited that his gift of the slap brought the group closer together. Cue the “Awwwwww”. So in the spirit of the season, Marshall lets Barney have a pass…until he slaps him anyway! Thanksgiving is a day to be grateful for Barney getting slapped.

What’s your favorite TV Thanksgiving moment? Let us know in the comments!

TAGGED: The OC, The Simpsons, Charlie Brown, the west wing, Friends, Thanksgiving, how i met your mother