We know the inevitable and tragic end of Better Call Saul will be the total transformation of the lovable-but-flawed Jimmy McGill into the amoral monster Saul Goodman, and that means every year brings us closer to the events of Breaking Bad.

And the show’s fantastic season four premiere gave us a number of glimpses at how the events of both series will overlap sooner than later, pointing to levels of bloodshed, scheming, and villainy that will remind us far more of Walter White than Jimmy McGill.

1. THE CHAOS OF HECTOR SALAMANCA’S “STROKE”

Gus Fring told Juan Bolsa that Hector’s illness will lead to someone making a move on the Salamanca family, and that will bring war, “which brings chaos, which brings the D.E.A.” So far the Drug Enforcement Agency has only been a very minor part of the show, despite being a major component of Breaking Bad. But a vulnerable Hector means an even more dangerous Tuco, the ultimate agent of chaos, which means the D.E.A.’s involvement could become very big very quickly. (And maybe eventually Hank!) Furthermore, the agency becoming a larger piece of Better Call Saul should show us how Gus Fring, local restaurant owner, will become a friend of the department. 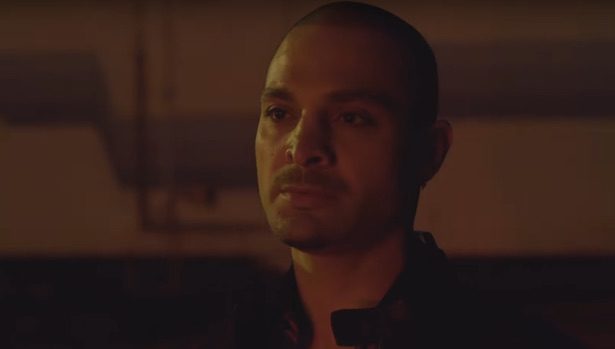 Gus knows Nacho had something to do with Hector’s “stroke,” which gives him the upper hand in his cold war with the Salamanca family. Even without that knowledge, he was a candidate to be the one to make a move on Salamanca territory, but the ability to blackmail and use Nacho makes him even more dangerous. More power for Gus—or any other potential threat to Hector’s distribution—will also increase the Salamancas’ need for the involvement of The Cousins, who until now have only been seen briefly on the show. Now we know why they appeared in the season four trailers; there are few soldiers in the meth war more dangerous or intimidating. 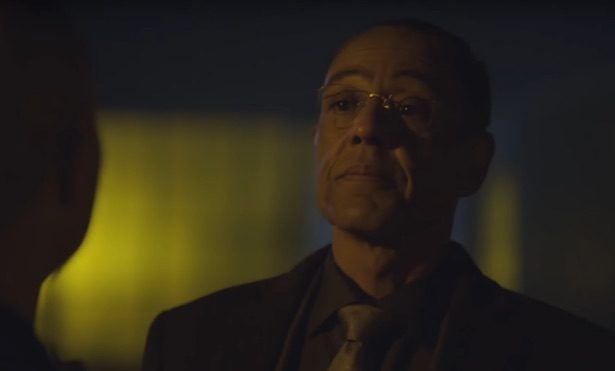 You can’t be a “security consultant” for a major meth dealer and also work in the office of the legitimate company that operates as one of his covers. The boredom that led Mike to do some honest-to-goodness security consulting, combined with his desire to provide for his granddaughter, will push him further and further into the line of fire of the drug trade. Just like Jimmy, Mike is getting closer to becoming the person we know on Breaking Bad, and that means he is closer to being a major player in the inevitable spilling of blood. 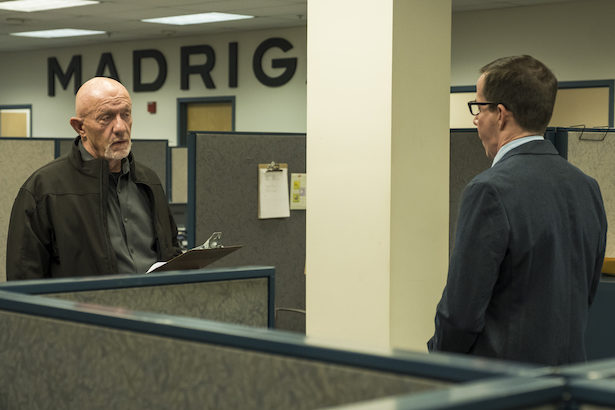 Chuck’s death brought out the most sinister, Saul-like side of Jimmy yet, when he celebrated and smiled at a grief-stricken Howard saying he’s the reason Chuck killed himself. Jimmy has always seemed less like an evil guy and more like a tragic hero doomed by an overwhelming flaw, but the season four premiere was the clearest sign Chuck was right about his brother all along. Now that Jimmy doesn’t have Chuck to drive him in the right direction (even if only out of spite), he has lost some of his morality and taken his largest step yet toward becoming Saul Goodman.

More even than Chuck, Kim has been the number one reason Jimmy doesn’t always give in to his worst tendencies, and now she’s the only person left connecting him to both the right side of the law and to his better side. But when she saw how callously he reacted to Howard’s confession, she saw the worst of him, and it was a side she never knew existed. The more she learns just how dastardly and selfish he can be, the sooner she will leave him, and the sooner Jimmy McGill becomes Saul Goodman. And where Saul Goodman goes, bad things tend to happen.

What do you think? What other ways did the season premiere presage the coming of a Breaking Bad-esque Better Call Saul? Tell us in the comments below.