5 Things We Want in a TRUE BLOOD Musical - Nerdist

5 Things We Want in a TRUE BLOOD Musical

While celebrating the tenth anniversary of his hit HBO series True BloodÂ at the Vulture Festival, series creator Alan Ball reminded fans that a True Blood musical from series composer Nathan Barr is still on its way.

The musical was first announced four years ago, but we haven’t heard a peep about it until now. According to Ball, (via Deadline), it tells the story of vampires coming out of the closet. Ultimately it really departs from the book, because people aren’t ready, and they’re too bigoted and they end up going back into the closet. Ball mentioned that the play is currently being workshopped, so that means somewhere, someone is practicing a ballad as Sookie Stackhouse. Vampire themed musical have not fared very well on Broadway in the past. Dance of the Vampires, Dracula and Elton John’s Lestat all flopped when they hit The Great White Way, so could a musical based on True Blood break the vampire musical curse? Here are five things we want to see from a musical spectacular set in good ol’ Bon Temps Louisiana.

The theme song (and opening credits) for True Blood remains one of the consistently great parts of the show. Jace Everett’s song “Bad Things” was a country jam in the style of ’90s era Chris Isaak, and completely embodied everything that the show was about. Although Everett recorded the song in 2005, the show rocketed it to iconic status. We can’t imagine a stage musical of True Blood not having this song in it. And of course, we want Bill Compton sing it to Sookie Stackhouse.

Speaking of songs that need to be incorporated into the musical, does anyone out there remember Snoop Dogg’s ode to Merlotte’s favorite psychic/fairy waitress, Sookie Stackhouse? The song was released at the height of True Blood mania in 2010, and the video even featured a lineup of dancing Sookies. We think this forgotten piece of True Blood hype should be included too. If only so we can hear someone on stage say “I don’t drink True Blood/I smoke true bud.” 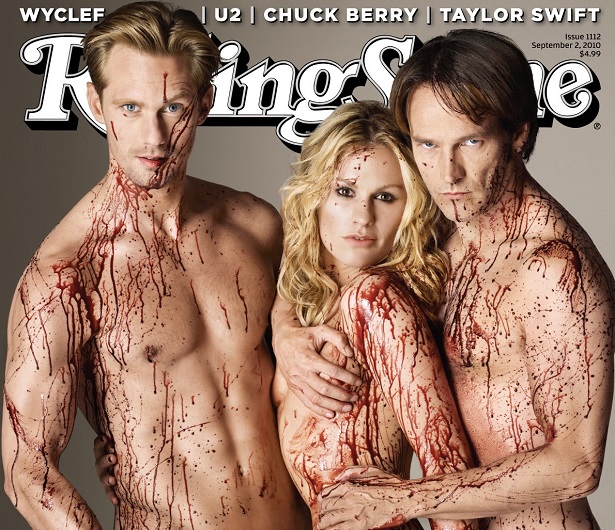 Nudity in Broadway shows is nothing new. Hair and Oh! Calcutta! started the trend of folks singing on stage in the buff over fifty years ago. But in these conservative times, do we need another naked musical? Yes we do! And it should be True Blood, a series that was famous for having its insanely attractive stars running around naked half the time (who can forget that Rolling Stone cover?) We even got some full frontal Eric Northman that one time. Let’s recreate this on stage.

One of the very best things about True Blood since the very first episode was the late Nelsan Ellis as Bon Temps’ resident gay cook/drug dealer/witch LaFayette Reynolds. His incredible, sassy one-liners made even the lamer later seasons of True Blood worth watching. This flamboyant character deserves a big role in the play, with a lot of songs. It would be a beautiful tribute to Nelsan Ellis’ performance on the show. 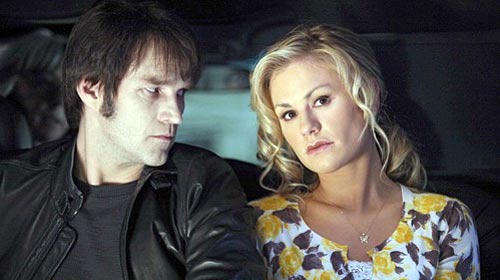 The musical should stick to the main tenets of the series, which are all about the vampires symbolizing an oppressed minority, and the Bill/Sookie/Eric love triangle. Things got pretty crazy as later seasons rolled on, so for simplicity’s sake, we suggest the musical keep out stuff like fairies, werepanthers, brujos and all the later complications. We will give a pass for the werewolves, because if they can find someone as hot as Joe Manganiello to run around on stage, far be it from us to stop them.What do you want to see from a True Blood musical? Be sure to let us know your thoughts down below in the comments.