Whenever a horror movie says â€œbased on a true story,â€ I raise an eyebrow. Like many of you, Iâ€™m a skeptical person. Just how â€œtrueâ€ can this story be anyway? Am I supposed to believe haunted dolls are running around murdering people or that a burn victim with knife hands is stalking me during my REM cycle or that Iâ€™m going to have to figure out a way to invite three different dudes to some Greek island to figure out who my real father actually is? No way! But sometimes the truth really is out there and itâ€™s just as unnerving as what winds up on the big screen. So to cap off Nerdoween in style, todayâ€™s episode of The Dan Cave is all about the true stories behind some of your favorite horror films.Now before we get started, I want to warn you these true stories touch upon some very real tragedies and sensitive subject matter, so if that isnâ€™t your bag, you might want to pull the ripcord now. If it is, make sure you arenâ€™t a Hallowiener in the comments below. 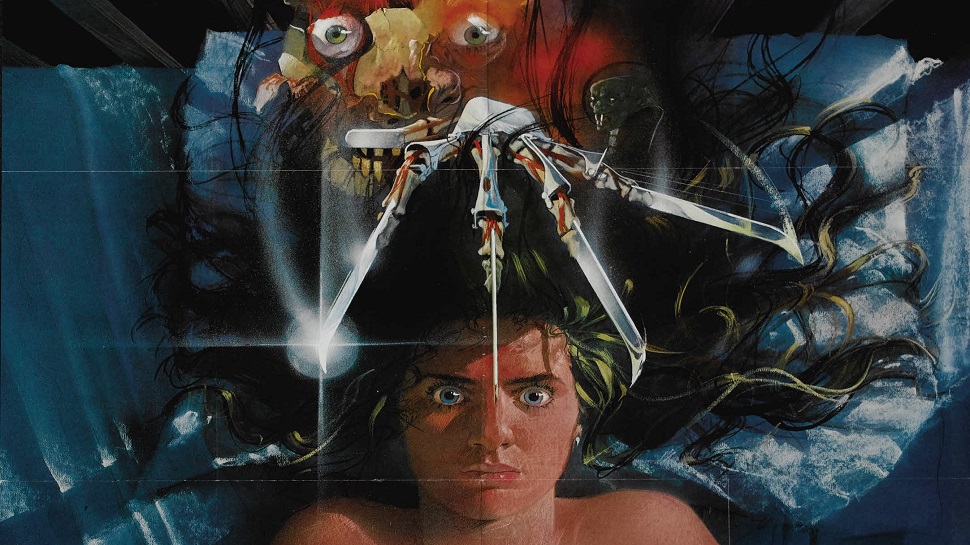 Wes Cravenâ€™s classic tale of a striped sweater wearing murderer haunting the dreams of hapless teens is based on a true story, and no not the one about Johnny Depp getting eaten alive by his bed. He just wears a lot of scarves, so I understand your confusion. Craven was inspired by a series of articles he read in the L.A. Times about young men from Cambodian immigrant families who all mysteriously died while having nightmares.In 2008, he told Cinefantastique about one of the young men whose story shook him to his core. He was the son of a physician. Twenty-one years old. And the third article Craven read about these events.

â€œEverybody in his family said almost exactly these lines: â€˜You must sleep.” He said, ‘No, you donâ€™t understand; Iâ€™ve had nightmares beforeâ€”this is different.’ He was given sleeping pills and told to take them and supposedly did, but he stayed up. I forget what the total days he stayed up was, but it was a phenomenal amountâ€”something like six, seven days. Finally, he was watching television with the family, fell asleep on the couch, and everybody said, ‘Thank god.’ They literally carried him upstairs to bed; he was completely exhausted. Everybody went to bed, thinking it was all over. In the middle of the night, they heard screams and crashing. They ran into the room, and by the time they got to him he was dead. They had an autopsy performed, and there was no heart attack; he just had died for unexplained reasons. They found in his closet a Mr. Coffee maker, full of hot coffee that he had used to keep awake, and they also found all his sleeping pills that they thought he had taken; he had spit them back out and hidden them. It struck me as such an incredibly dramatic story that I was intrigued by it for a year, at least, before I finally thought I should write something about this kind of situation.”

The idea of a young person trapped in a nightmare that all the adults refuse to acknowledge inspired Craven to go on and create Freddy Krueger, and sadly didnâ€™t inspire any parents to actually listen to their kids. Weâ€™re too busy using avocado toast to kill the diamond industry. And youâ€™ll never guess what industry is next! 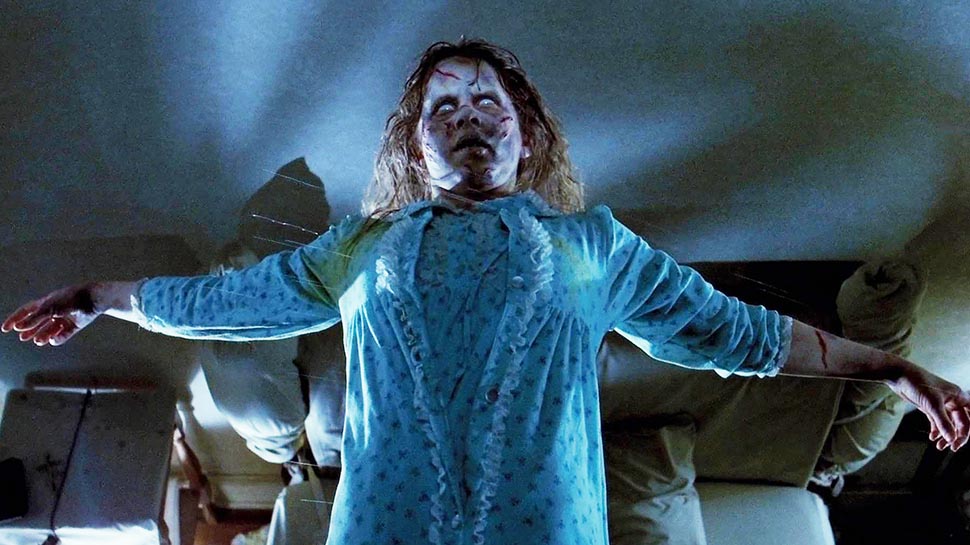 Did you know everyoneâ€™s favorite crab-walkinâ€™, vomit-sprayinâ€™, 360-head-spinninâ€™ possession victim was inspired by a real-life case of demonic possession? Screenwriter and author William Peter Blatty based The Exorcist film and novel on a 1949 Washington Post article entitled â€œPriest Frees Mt. Rainier Boy Reported Held in Devilâ€™s Grip.â€ The article told of a 14-year-old Maryland boy, referred to as Roland Doe to protect his identity, who was believed to be possessed by an infernal spirit. The boyâ€™s parents tried everything–taking him to doctors, psychologists, and even their minister. They were Lutherans, but eventually they went to the Catholic Church, who ordered the rites of exorcism to be performed on the tormented child.Four Jesuit priests–Raymond J. Bishop, Edward Hughes, Walter H. Halloran, and William S. Bowdern–performed 20 to 30 exorcisms on the boy to cast the devil out of him. During their exorcisms, the boy was reported to suffer violent tantrums. As the priests reached the climactic part of the ritual, Roland spoken in tongues, cursing in Latin–a language he did not know–and during one exorcism, objects reportedly moved around the room of their own will. 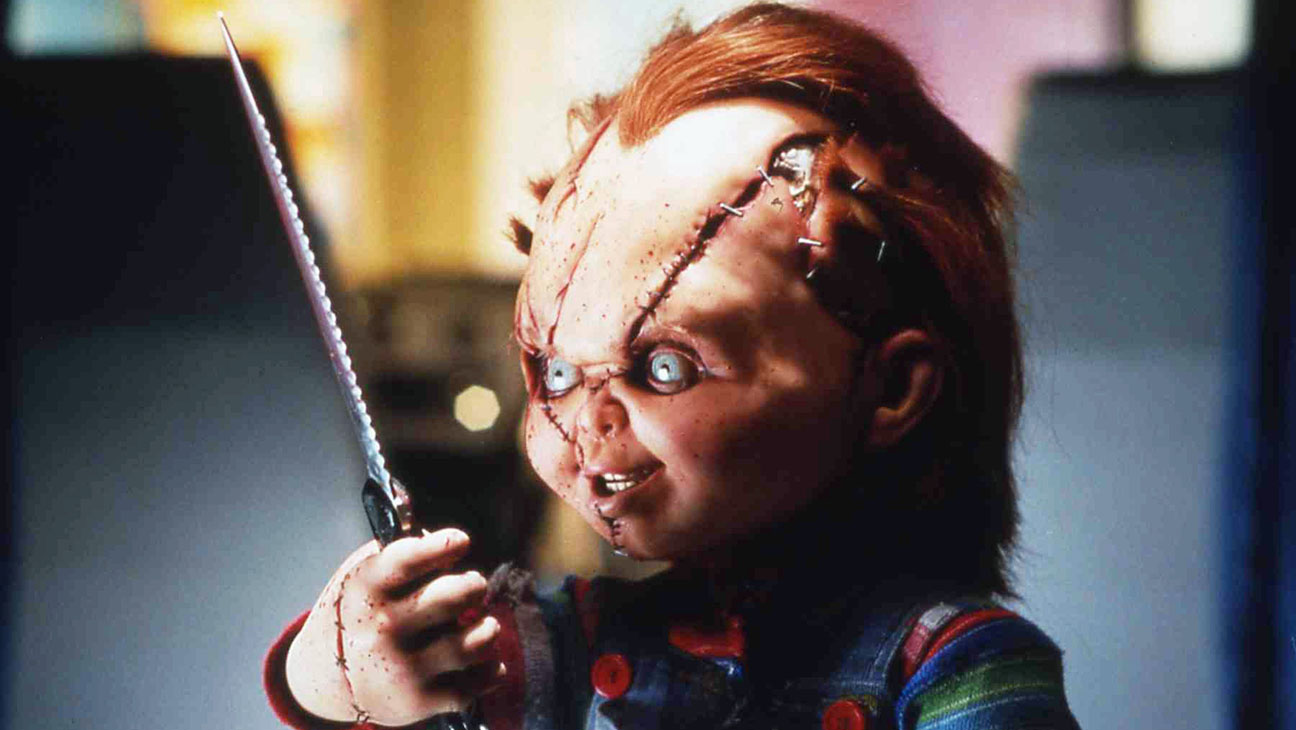 Long before Chucky terrorized a generation of people by showing why you probably donâ€™t want your toys coming to life after all, there was Robert the Doll. Dressed like a little sailor boy and holding a stuffed lion, Robert the Doll was given as a gift to Key West painter Robert Eugene Otto. Like any haunted doll worth its salt, Robert was apparently the target of a voodoo curse by a vengeful servant who wanted the Otto family to suffer. It quickly became apparent that there was something wrong with this doll.Young Eugeneâ€™s parents often heard their son conversing with the doll, which would be well and good if Robert didnâ€™t talk back in a completely different and horrifying voice. Robert could also apparently laugh and run around the house, knocking over furniture and wreaking all kinds of havoc. The doll was locked away in the houseâ€™s attic where sounds of laughter and footsteps could be heard by visitors to the house. Even creepier? Although it was locked up, it still managed to find its way downstairs to a rocking chair in the house.When Eugene died in 1974, Robertâ€™s reign of terror continued as he tormented the young daughter of the new family that moved in. Now, the doll resides in the Key West Martello Museum where it is known to change positions overnight and guests who come to see it often find that their cameras malfunction when trying to photograph it. This all goes to show you that the moral of the story here is never ever live in Florida. 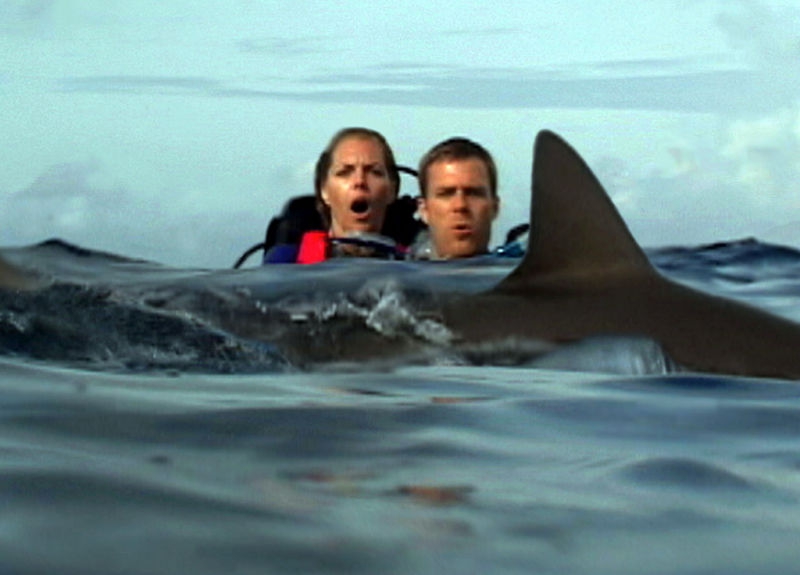 Scuba diving is one of the most exhilarating and rewarding activities you can do in the ocean, but it is also one of the scariest if youâ€™ve ever seen Open Water. The movie tells the story of two scuba divers who get stranded in shark-infested waters after their tour group leaves without them. What makes this so much worse is that it literally happened in real life. Tom and Eileen Lonergan were two American tourists who went on vacation to the Great Barrier Reef to go scuba diving. After three dives, their boat, the MV Outer Edge, conducted a head count and headed back to the mainland. The only problem? Neither Tom nor Eileen were on board and the dive company didnâ€™t realize until TWO DAYS LATER. I notice if I forgot my phone two seconds after leaving my apartment; this is literally unbelievable.A month later, their scuba vests were found nearly 100 miles away from their port of departure. A few months after that, they discovered a dive slate reading â€œWe have been abandoned…By M.V. Outer Edge. Help!â€ Their bodies were never found. Adding further fuel to the creepy conspiracy fire, some people suggested that this was an elaborate ploy by the Lonergans to fake their deaths or they had some sort of murder-suicide pact, but honestly those people can shut the entire here up. 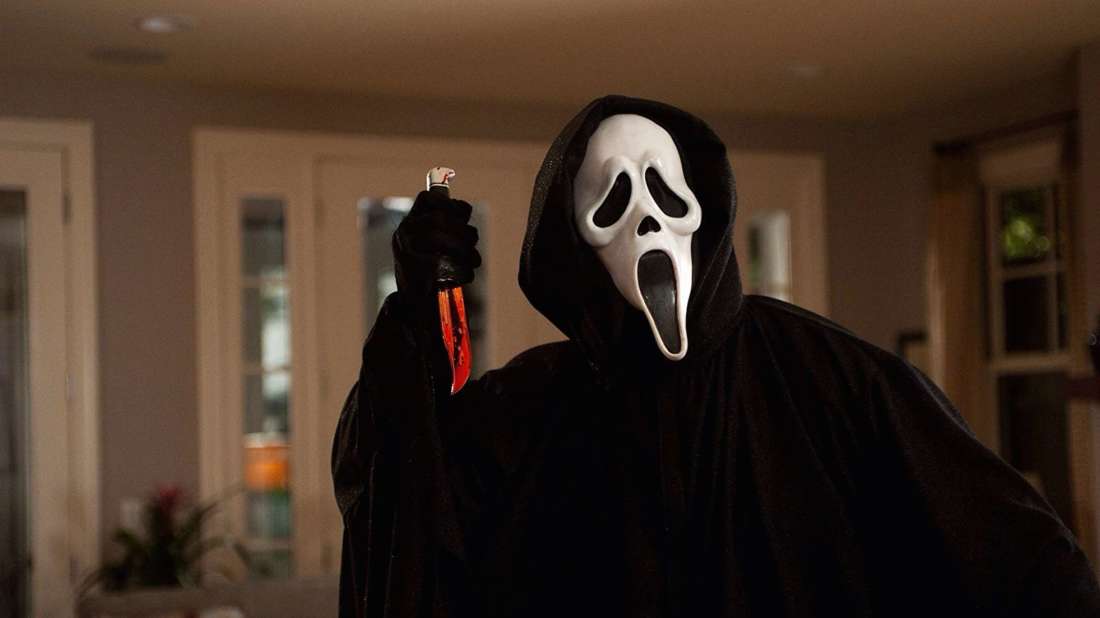 While Screamâ€™s razor-sharp satire of the horror genre is objectively funny, the real-life murders that inspired the film are no laughing matter. Screenwriter Kevin Williamson was watching TV one night when he learned about a series of killings that took place in Gainesville, Florida over the course of a few nights in August 1990.Five students were slain in three nights by a man named Danny Rolling, a serial killer who would become known as the Gainesville Ripper. Rolling killed each of his victims and placed them in suggestive positions for others to find. The most grotesque example is when he severed a victimâ€™s head and placed it on a shelf so that it was looking at the body. Everyone in Gainesville lived in fear after the attacks, waiting for another murder. But it never came.By the time police put it together, Rolling was already imprisoned for an unrelated armed burglary charge. He was eventually convicted of the Gainesville murders too and executed 15 years later in 2006. Why Rolling did it, we may never know, but it certainly adds a chilling layer to Skeet Ulrichâ€™s speech in the horrifying climax of Scream.And those are some of the terrifying true stories behind your favorite scary movies. Obviously there are tons more out there, but tell me — which is your favorite? What would you add to this list? Let me know in the comments below.

Dan CaseyÂ is the senior editor of Nerdist and the author of books aboutÂ  Star WarsÂ andÂ  the Avengers. Follow him on Twitter ( @DanCasey).