5 Superhero Projects That Were Filmed, Then Shelved - Nerdist

5 Superhero Projects That Were Filmed, Then Shelved

We live in a golden era of comic book adaptations, with nearly every comic you can think of getting a loving and faithful adaptation on the big screen and the small. But it was not always this way. In years past, many projects were made and then got shelved with no official release, or barely had one. Here are five examples of superhero related movies and TV shows that actually got made, and then got hidden away in shame. 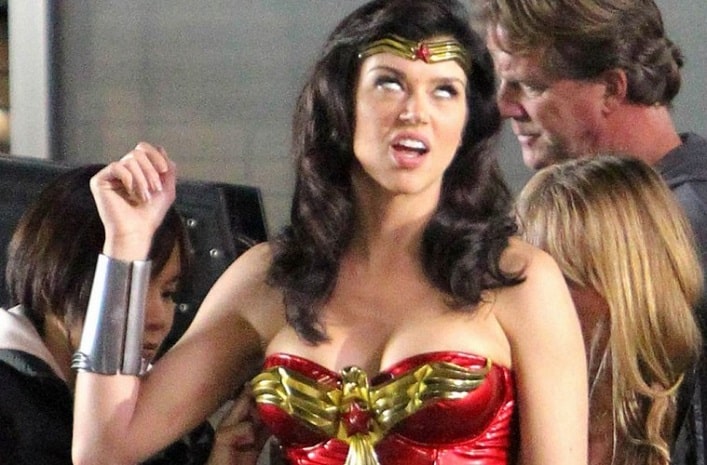 The 2017 Wonder Woman film directed by Patty Jenkins is arguably one of the best superhero movies ever, and is very faithful to the comic book character it portrays. But there was nearly another live-action Wonder Woman between Lynda Carter and Gal Gadot, and it was Agents of SHIELD‘s Adrianne Palicki. She starred in a pilot for NBC produced by Ally McBeal‘s David E. Kelley in 2011. The resulting product is pretty much a textbook example of how not to adapt the character.

The pilot had Diana as a CEO of a large corporation that sells products based on her likeness to fund her crime-fighting endeavors, but she also has a secret identity as an “ordinary girl” who lives in her one bedroom apartment and sips wine and frets about her ex-boyfriend, because reasons. No mention is made of Diana’s Greek mythological roots, nor just about anything resembling the comic book character, except her costume. And even that looks like it came straight from Party City. Supposedly this tested badly with audiences, but one can’t help but wonder if Warner Bros. stepped in, realizing Diana was far too valuable to waste like this. History proved them right. 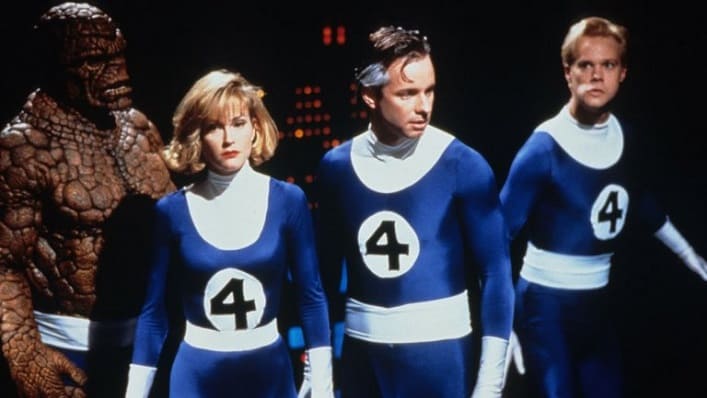 A little over a decade before their big screen debut, Marvel’s First Family had a feature film made about them that you probably didn’t know existed. A Fantastic Four movie, with the staggering budget of a whole one million dollars was fully produced. But unknown to everyone working on it, the movie was never meant to hit theaters. It was made on the cheap by Bernd Eichinger and king of low-budget movies Roger Corman, as a way for Eichinger to keep the film rights. Once that was done, it was shelved. VHS and DVD copies floated around for years at conventions, and these days the whole thing is on YouTube.

The movie itself is staggeringly bad, and comes across as one of those porn parodies of superhero movies, minus the sex and self-awareness. But it’s not unfaithful to the source material, I’ll give it that. Its earnestness is kind of charming. Eichinger’s gambit with this movie payed off, as he retained the rights, and in 2005 he got to make a big budget Fantastic Four, and although fans have never taken to this movie, it was an undeniable hit, meaning Eichinger’s long gambit payed off. It does, however, mean there have been four underwhelming movie attempts at the FF. Here’s hoping Marvel Studios has better luck. 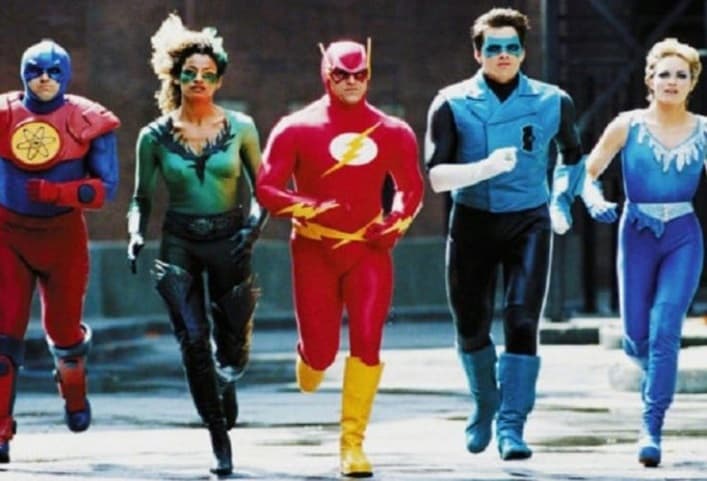 Another superhero tentpole property that almost made it to the small screen two decades before becoming a feature film was DC’s premier super team, the Justice League. Shot in 1997 for CBS, this TV version of the JLA didn’t include the trinity of Superman, Batman and Wonder Woman, and was trying to ape the comedic Justice League International comic series. Only that comics were funny, and this was….not.

The pilot centered on a female meteorologist who gains superpowers and is later inducted into the team as Ice, while the city is held for ransom by a terrorist who is essentially the Flash villain Weather Wizard, although they don’t call him that. Much like Fantastic Four before it, this pilot was embarrassingly cheap, especially for an IP that demands money be spent on it.

Interesting side note; Twin Peaks and RoboCop actor Miguel Ferrer plays a version of the Weather Wizard here, and would also voice the character at the same time on Superman: The Animated Series. Speaking of the DCAU, the production of the ultimately unaired JLA pilot held up Bruce Timm and company from making a proper Justice League animated series for years, so it kind of sucks for this reason alone. 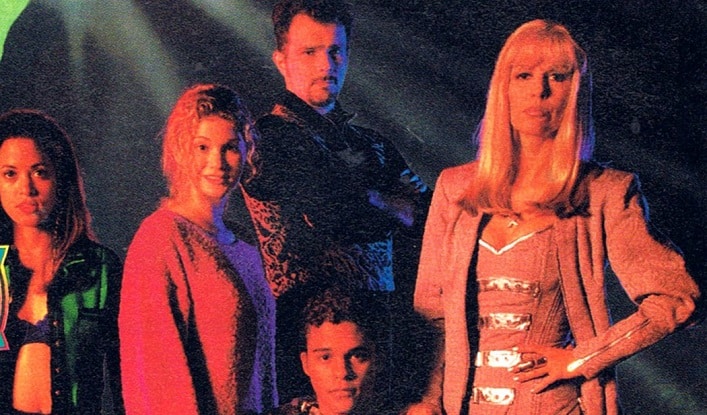 If you think the first live-action mutants from Xavier’s School were the ones we saw in 2000’s big budget X-Men movie, then you are mistaken. No, instead it was the teenage students of Xavier’s fourth class, run by Emma Frost and Banshee. This TV pilot was made for Fox, who had great success for years with the X-Men animated series. One could see why they’d want more, but the final result feels like a spin-off to a series that never existed. The X-Men need to exist as a concept first for their teenage counterparts to really even make sense. Despite airing once, it never had a home video release. For the whole story behind Generation X, be sure to read our whole story on this oddity. 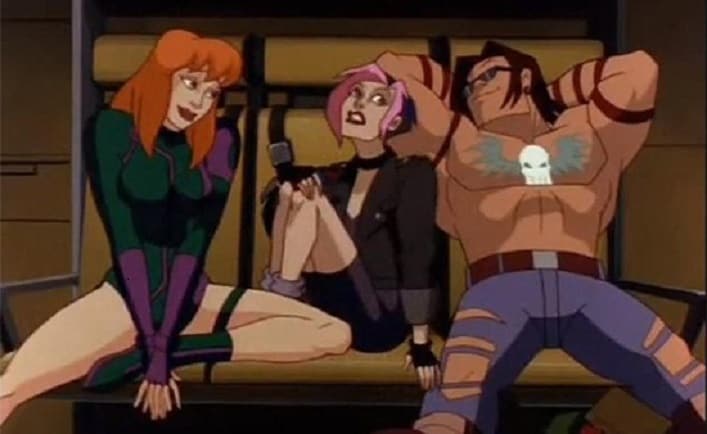 Another ’90s “gen” that got made but ultimately went nowhere was Gen 13. One of the more popular comic books to come out of the early ’90s Image Comics boom was this Jim Lee creation about super powered teenagers. An animated film was made that was meant for the direct-to-video market and was produced by Disney, and featured the voices of Mark Hamill and Star Trek’s Q, John de Lancie. But then, Jim Lee sold his company Wildstorm Entertainment to DC Comics, and Disney didn’t want to release a movie showcasing Warner Brothers characters. And thus, the movie was shelved forever, except in certain European markets and Australia. Like most of the previously mentioned films, bootlegs of this one have been circulating for years.