5 Story Games You Really Should Know About - Nerdist

5 Story Games You Really Should Know About

Story games are RPGs with a focus on storytelling and narrative over mechanics and GM oversight. They are often cinematic, sometimes run with no GM at all, and are usually quite elegant and beautiful to read. Inexpensive, creative, and usually on the short side, they’re great for players who really want to try something new. If you feel like tactical combat kinda drags and never gets to the dramatic point, story games are for you.

Let’s go over a few of the most iconic examples of the subgenre. You’re sure to see something worth busting out your good dice.

Dogs in the Vineyard 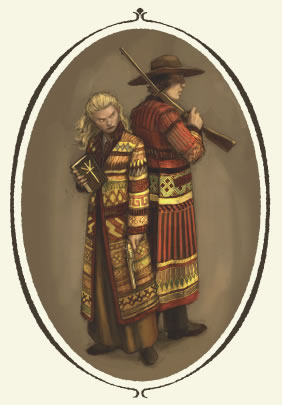 A classic of indie publishing, Dogs in the Vineyard is a narrative game set in a kind of bleak wild west. But this is no cowboy story. Characters are “Dogs” tasked with delivering mail, passing righteous judgement, and exorcising demons. It’s core mechanic relies on the concept of escalating conflict through raised stakes as a character seeks to draw upon more and more resources to help them resolve the scene.

Losers in an encounter may end up with permanent alterations to their character sheet, physical and emotional scars that can actually be called upon later in a positive way. In this way, characters evolve through their trials and have reason to move stories along naturally, creating an ingenious cycle of dramatic play. A feedback loop of story, if you will.

Imagine directing your own movie, where greedy miscreants and unsuspecting patsies get into trouble, and then even more trouble. Fiasco is a roleplaying game with cinema influences, no GM, and very little dice rolling. Its core mechanic is simply a pile of dice in two colors, each representing a scene that goes well or goes bad for the central character. Players get to choose to either set up their scene or resolve it, everyone else does the opposite, crafting personal stories with everyone at the table involved.

Fiasco is perfect if you love acting, movies, or just behaving badly. It’s low on crunchy mechanical jargon and tactics, and high on losing yourself in the messed up situation you’ve concocted.

Tabletop here on Geek & Sundry has a two-part episode playing out a published scenario designed by Wil Wheaton himself, so it’s easy to just take a look and see if it’s for you. 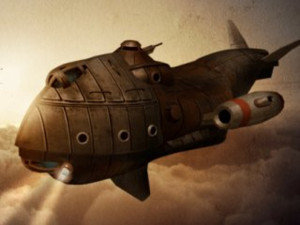 You’re the noble Natasha Syri (Lady Blackbird) and her crew of outcasts and vagabonds aboard the skyship dubbed The Owl, striving for the safety of the Pirate King’s secret lair. You’re on a mission of love, for Lady Blackbird is betrothed to a man she does not care for. Only the Pirate King himself will do for her. Lady Blackbird is a simple, free game that’s famous in story game circles for its replayability and elegant mechanics.

If you’re into Victorian sensibilities and steampunk aesthetics, Lady Blackbird can make for a nice evening of high adventure in the wild blue as you struggle to escape the Hand of Sorrow. 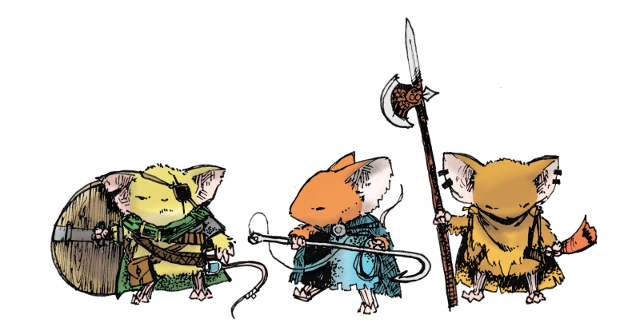 Mouse Guard is an absolutely gorgeous, lovingly crafted story game based on a comics series of the same name. It’s reminiscent of the Redwall fantasy series, with a children’s book style and a predictably plucky theme. You are mice within a medieval world similar to our own dark age, guardians and guides to the commoners, warding off weasels and other threats to the common good.

It’s built on Luke Crane’s Burning Wheel fantasy system and has won more awards than most games ever will (the Origins Award for best RPG, three ENnies, and multiple indie RPG awards).

All the rage right now with those interested in unique stories is Monsterhearts, a game about monsters going to high school. Don’t laugh. This is actually a pretty fascinating game. With deep mechanics for sexuality and social dynamics, the game is about conflicts between the two as your social and sexual lives change against your will. Revered for handling sexuality in interesting, messy ways, the game tackles queerness head on, and people are starting to take notice.

Monsterhearts is perfect if you’re like me and tired of games just focusing on killin’ stuff. Let’s see a little more bow chikka wow wow in our roleplay, with all the good and terrible that entails.

So check out any of the games above that catch your fancy. If these seem to be your jam you might head on over to the storygames community and join up.