5 Reasons To Explore the Iron Kingdoms In Warmachine & Hordes - Nerdist

5 Reasons To Explore the Iron Kingdoms In Warmachine & Hordes

Privateer Press has launched a new edition of its flagship steam-powered game, Warmachine, and it’s compatible fantasy-beast sibling, Hordes. You can download the rules for free right now! This 3rd edition not only brings in an improved core ruleset, but it also ushers in a shift in the game, new characters, and of course, some fabulous looking new models. In short, if you’ve ever been interested in picking up a miniature game that has a strong community, great company support, and terrific rules, now is the time.

Still not convinced? Here are 5 reasons to explore the Iron Kingdoms for yourself:

1. The Iron Kingdoms is Hella Cool 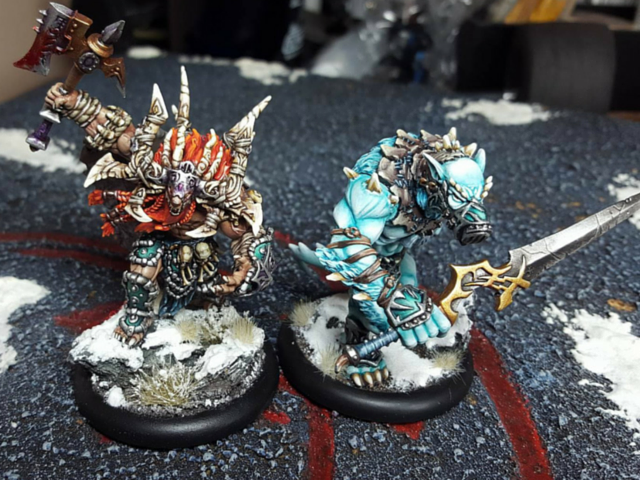 The fictional universe of Warmachine/Hordes is incredibly rich. Humans are the predominant race, but other creatures exist in both the corporeal and incorporeal varieties. Obviously, there are machines of war (ironically referred to as warjacks), beasts of unusual size, spirits, living statues, elves, and trolls to name a few.

Factions are divided, as the kingdom began as many warring city-states, with playable factions being: Cygnar (a blue-clad kingdom who has a thing for lightning), Protectorate of Menoth (religious fanatics who bring choirs to the battlefield that actually help them fight), Khador (a disciplined military who are size queens about their jacks), Cryx (an undead army so evil they look at Joffrey Baratheon and think he’s cute), Retribution of Scyrah (a dying elven empire not to be confused with syrah, a very drinkable red wine), Trollbloods (an army comprised of fictional trolls, rather than those who leave nasty comments online), Circle Orboros (an army of druids and their not-so-cuddly pets), Skone (modeled after ancient Persia, complete with both kooky and relentlessly terrifying army leaders including an obese man who cannot walk on his own and a masochist who cuts himself to make himself tougher), Legion of Everblight (the army of a freaking dragon named Everblight), and various minions and mercenaries who lend their talents to whomever pays the most or scares them into fighting others rather than taking on their oppressors.

2. There’s Something For Everyone

As each faction has a unique play style, you’ll find an army to suit you. Moreover, each army is characterful on its own. The game uses warcasters (like the king in chess) which defines how an individual force beneath it will play, adding flavour to every players’ own army.

Moreover, the game is one of the most representative in terms of gender. Women within the lore of WarmaHordes influence the world and leave an indelible mark on the history of universe as it unfolds. Moreover, women are scattered within the forces, with female models represented not only in notable casters and playable characters, but also in unnamed infantry, where they are, remarkably, attired and posed in a way that does not differentiate them obviously as female when compared to their male counterparts. I’d conservatively estimate that one third of the infantry model range is practically armoured/attired female sculpts (jacks and beasts are genderless), which is a staggering number compared to other miniature wargames with a similarly sized player community.

One example is Sorcha, dressed like it’s actually cold outside, which it is in Khador. 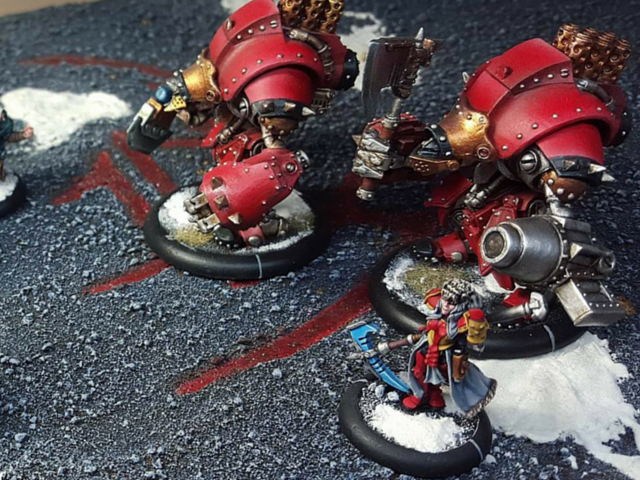 3. The New Edition Brings New Priorities In An Established Community

I’ve said it on my own personal channel: WarmaHordes has an open and accepting community. Privateer Press as the game’s publisher, however, has taken it a step further and started shifting its focus from a primarily competition-driven game to one that is accessible to all involved in the hobby. This includes accessible faction starter boxes of fully playable battlegroups (each balanced against each other, complete with models and a rulebook to start playing off the bat with an MSRP of $40) as well as prizes for casual events, including best painted and best sport. This is a significant shift in culture which is being championed by the publisher, which really helps set the tone for the game when it comes to newcomers.

Moreover, with the size of the community, you can find WarmaHorde players with relative ease, given that it’s one of the most popular minis games in the market. That means you won’t be stuck with models playing an obscure game nobody around you plays.

4. The Models Are So Very Pretty 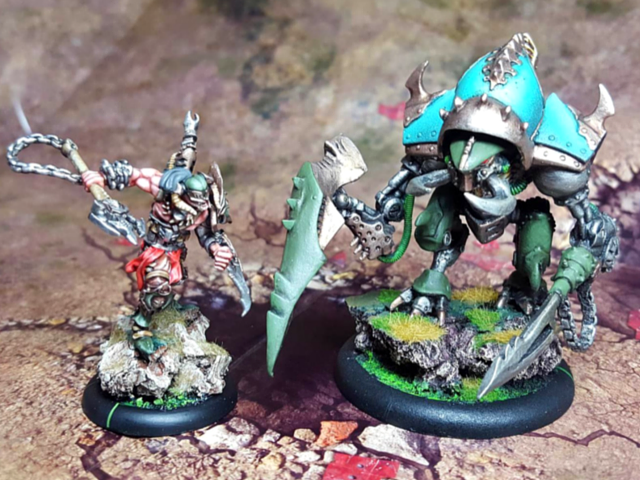 Moreover, the new starter set have beautifully cast plastics (an upgrade from previous starter set plastics, I assure you) that are easy for newcomers to miniatures to work with.

5. Everyone Is A Beginner Again

One of the most hindering factors that newcomers find is that the learning curve of an established game with experienced players is very steep and can be dissuading. New rules means everyone is on a level playing field again. Vets and newcomers alike are learning how the game works, which makes the game far less intimidating when you’re just starting out.

Are you a Warmachine/Hordes player? Share this article with your friends and get them into the game, and let us know in the comments which faction is your pick and why!

Teri Litorco is a YouTuber, past Geek & Sundry Vlogger, and all-around tabletop gaming geek. Find her on Facebook,  Twitter and Instagram. She loves seeing your photos of painted models, like those featured in this article from her friend Steve. She’ll be spending a lot of time this summer YouTube posting videos of her (re)learning to play Warmachine, as well as painting up her models to play WarmaHordes at NOVA Open.