5 Reasons Sinestro Is The Greatest Lantern

Within the Green Lantern Corps, Sinestro was touted as the greatest lantern. After breaking with the Corps, the Green Lanterns  stopped referring to him as such, but that didn’t mean he stopped being the greatest. Nothing showcased this better than Geoff Johns’ take on the villain and occasional antihero, essentially creating a story arc that reads as a love letter to this distinguished and complicated character. Below are five reasons why Sinestro is truly the greatest lantern in comic book history.

Spoiler warning: if you haven’t read Geoff Johns’ run through the Green Lantern mythos in Blackest Night and associated tie-in comic (including New Guardians) or Injustice: Gods Among Us, there may be some showstopping spoilers below.

More to the point, you’re missing out on an incredible read. Stop right now, go read it and come back. This post will still be here for you.

Sinestro was right: the Guardians are a bunch of douchebags. 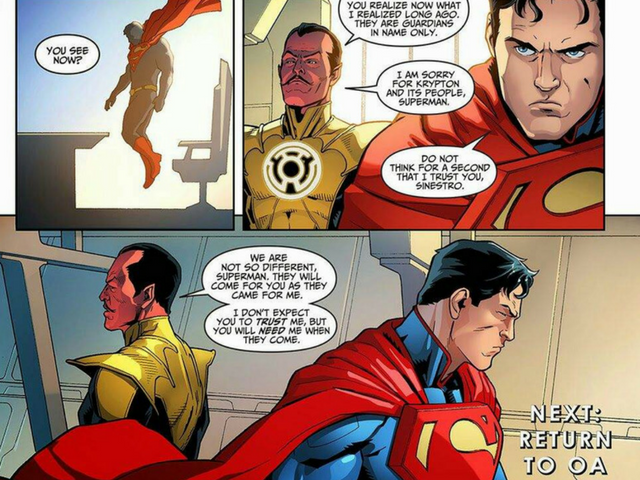 Sinestro never fully trusted the Guardians. He knew they didn’t teach new recruits the full potential of the rings, and he always suspected there was a nefarious side to the little blue men who sat in the circle, looking down upon their corps. Nobody else seemed to have that level of mistrust in the guardians. Of course he was right about them all along. Any group of people who would create the Manhunters and then decide to mulligan it and try again have something up their (oversized) sleeves.

He reverse-engineered his Green Lantern ring and created his own corps. 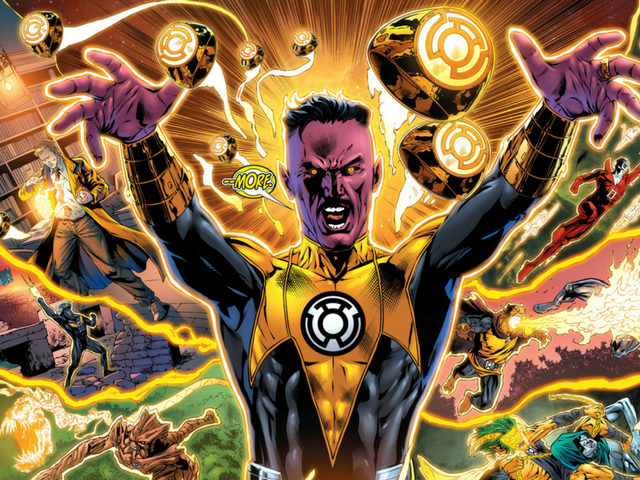 Sinestro’s yellow rings are incredible. Not only are they capable of making constructs like the green rings of the Guardians, he was able to add in his own failsafe into each of the rings (which he  programmed on a molecular level) to never harm him, as well as a failsafe in the yellow power battery to shut down if ever a Green Lantern should enter it (anticipating he may one day be reinstated as a Green Lantern, which he was also right about.) There’s a reason why his corps isn’t called the Yellow Lantern Corps, but rather the Sinestro Corps (megalomania notwithstanding).

He can do things with his ring (green or yellow) that are unfathomable to any other ringbearer. 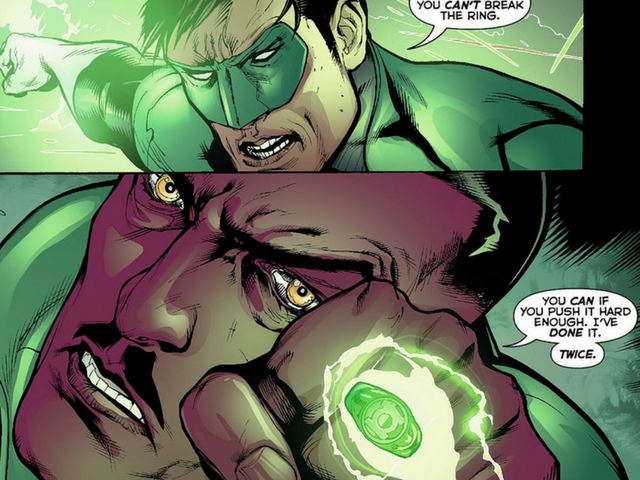 Sinestro’s will and imagination are so boundless he’s actually broken 2 of his own rings. Hal Jordan didn’t even think such a thing was possible. Furthermore, because of his knowledge of the Green Lantern rings, he’s actually created constructs of GL rings.

He’s complicated. And that’s why he saved the universe. 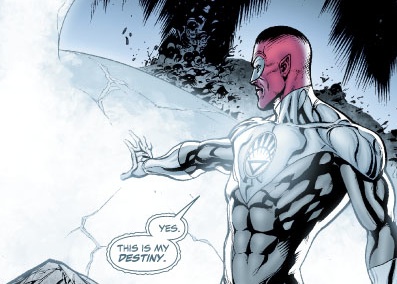 He’s neither a hero nor a villain: he’s too complex in terms of morality to fit in such a constraining box. That personal complexity gives him the ability to harness the rings of every Lantern Corps of the emotional spectrum. Because he was the only person during Darkest Night capable of wielding all the rings of the emotional spectrum (red, yellow, orange, green, blue, violet, indigo), he was the first White Lantern and he is the reason there was an end to the Blackest Night.

He’s willing to make the hard, but right, decisions.

He mentored and taught Hal Jordan, and then spent an awful long time trying to kill him. Despite their many confrontations, Sinestro considers Hal his friend. It tells us that he was willing to kill a friend who stood in his way, but if you look at the history of those characters, whenever Sinestro needed help, it was Hal he reached out to.

Speaking of getting help from Hal, the help he needed was to destroy his own corps. The corps he founded, in the end, he fought and destroyed.

His tough decisions don’t always end in death. Yes, he killed nearly all of the Guardians, but he spared three. He gave one Guardian to the Red Lantern Atrocitus, whose family was murdered by the Guardians’ Manhunters (spoilers: that Guardian died by Atrocitus’ hand). The other two were Ganthet and Sayd. He negotiated Sayd’s freedom from Larfleeze by giving him a secret nobody else had: Ganthet was alive. He reunited the two Guardians and let them live together, as they were in love. Sinestro punished the Guardians for taking everything from him, but he spared Ganthet and Sayd, because he knew what it was to lose everything. He gave them a chance because he believed that love needs a chance. 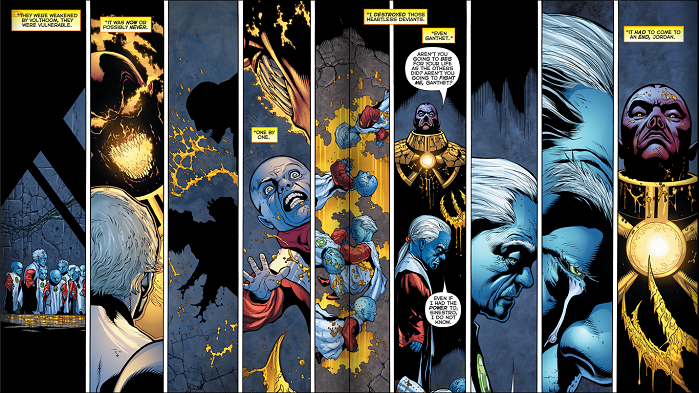 The fact of the matter is that Sinestro isn’t a flat villain, but his willingness to do things where the ends justify the means prevents him from being hailed a hero. Hero or no, his abilities and his personal traits make him the greatest lantern, far and above.

Do you agree or disagree? Who is the greatest or your favourite lantern? let us know in the comments below!

Teri Litorco wishes she could cause great fear, but standing at 4’8″ has its own limitations. She’s also the author of The Civilized Guide to Tabletop Gaming (available for pre-order now). If you order her book, she will literally squee and she’ll send you a little gift as thanks. Shoot her a message on social media if you do: Facebook, Twitter, Instagram and YouTube.