Pokémon have been around for decades now and with each passing year, people find themselves wondering how on Earth they’re able to come up with these cute but bizarre designs. There are chickens breathing fire, palm trees with coconuts that have faces, ice cream, and garbage. If you’re anything like me, you might find yourself thinking what will they come up with next. The truth is most Pokémon stem from Japanese mythology and urban legends. Here are 5 Pokémon based on real Japanese myths and folktales: 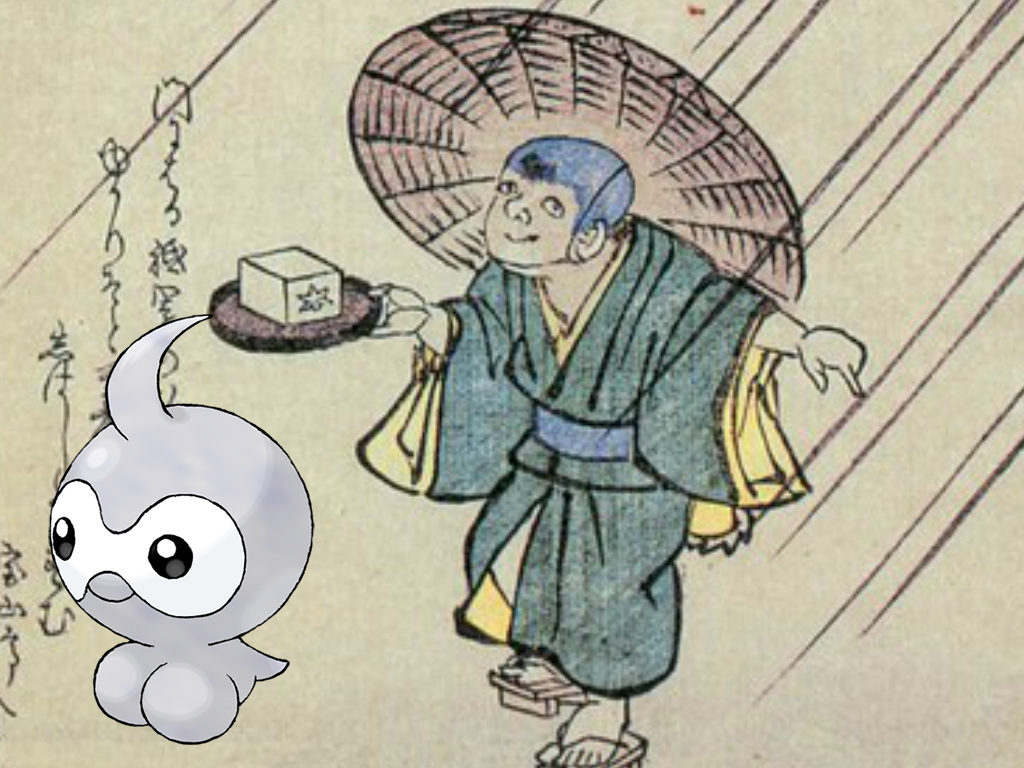 Castform is tiny, adorable, and known for weather-inspired powers and has the least elaborate of the legends attached to it. But it’s loosely based on the Amefurikozō, which is a childlike spirit that controls rain and delights in seeing people troubled. It also wears a hat that if stolen and used, the wearer will never be able to remove it. 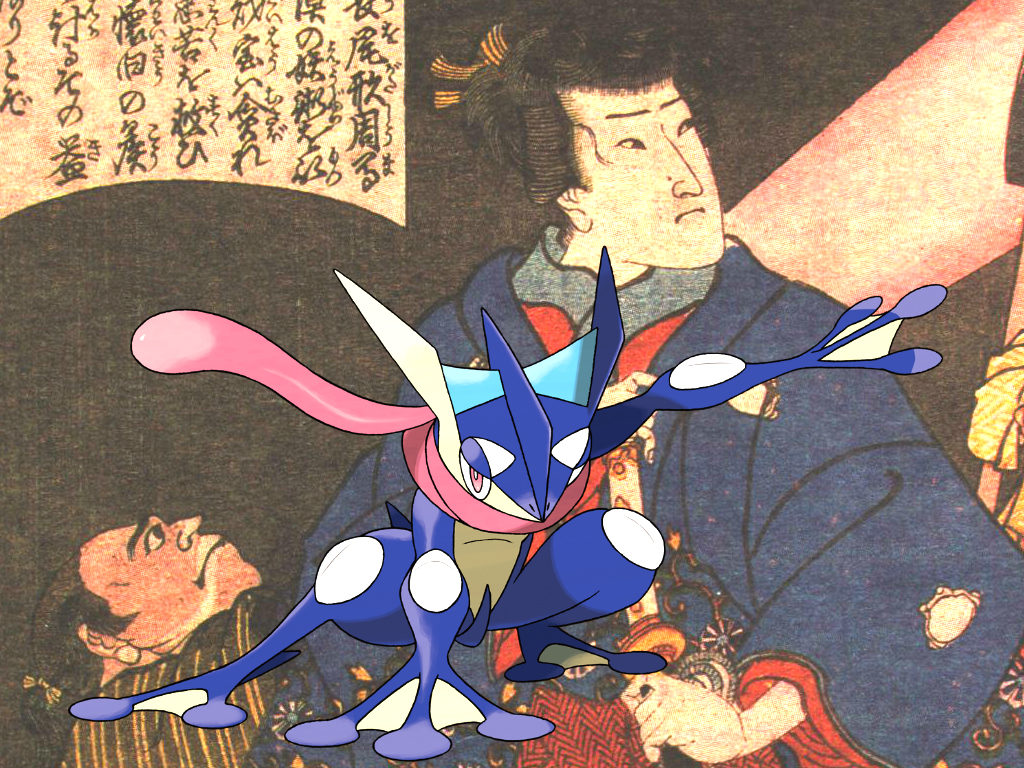 I may just be partial to fire starters and haven’t really used a water starter since Squirtle, which explains my curiosity about why anyone would create a really weird water type toad/frog-ninja Pokémon. After doing a bit of research, however, I came to find that Greninja is based on the great Jiraiya (if you’re thinking of Naruto then you’re not far off).

Jiraiya was a ninja who could summon giant toads or transform into them in some versions. His arch-nemesis was the great Orochimaru who controlled serpents (this goes back to the 19th century, I promise). Greninja is inspired by this toad-riding ninja and to fit the “pocket monster” style, they made him a literal toad-ninja. I still would rather rewatch early Naruto than use Greninja as a Pokémon. 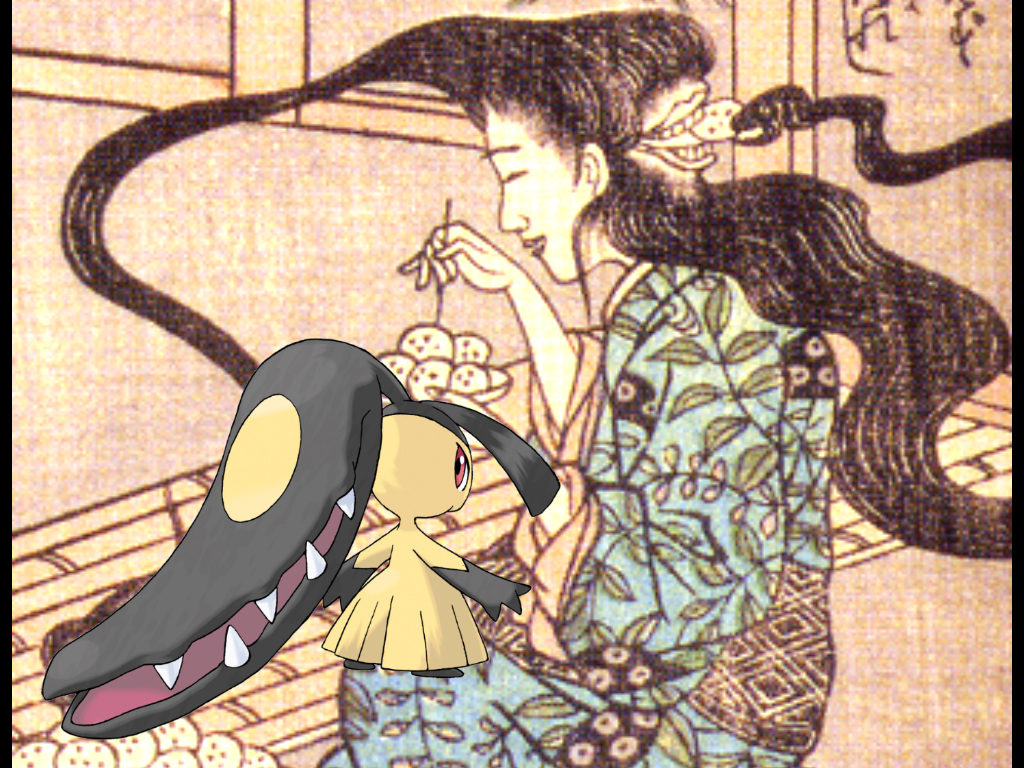 I love this Pokémon because it can kick some major butt. I have yet to have a Mawile fail me in combat and once you get passed the crocodile mouth-head, it’s kind of adorable. However, the legend that Mawile is based on is far from adorable.

It’s the legend of the Futakuchi-onna, a woman with the mouth on the back of her head. There are many versions of the story but the most common one is that a stingy rice farmer marries a woman who never eats. He loves this because it saves him money on food but he begins to notice that his rice crops are getting low. One day he spies on his wife to realize that her hair forms serpentlike tendrils that feed a giant mouth on the back of her skull. She had been eating his rice crops the entire time. The moral of the story is buy food for your wife even if she seemingly never eats. One other common version that is just terrifying is that of a woman who turns into a Futakuchi-onna after starving her stepchild to death but still feeding her normal children. It is assumed that the mouth is the vengeful spirit of the dead child. 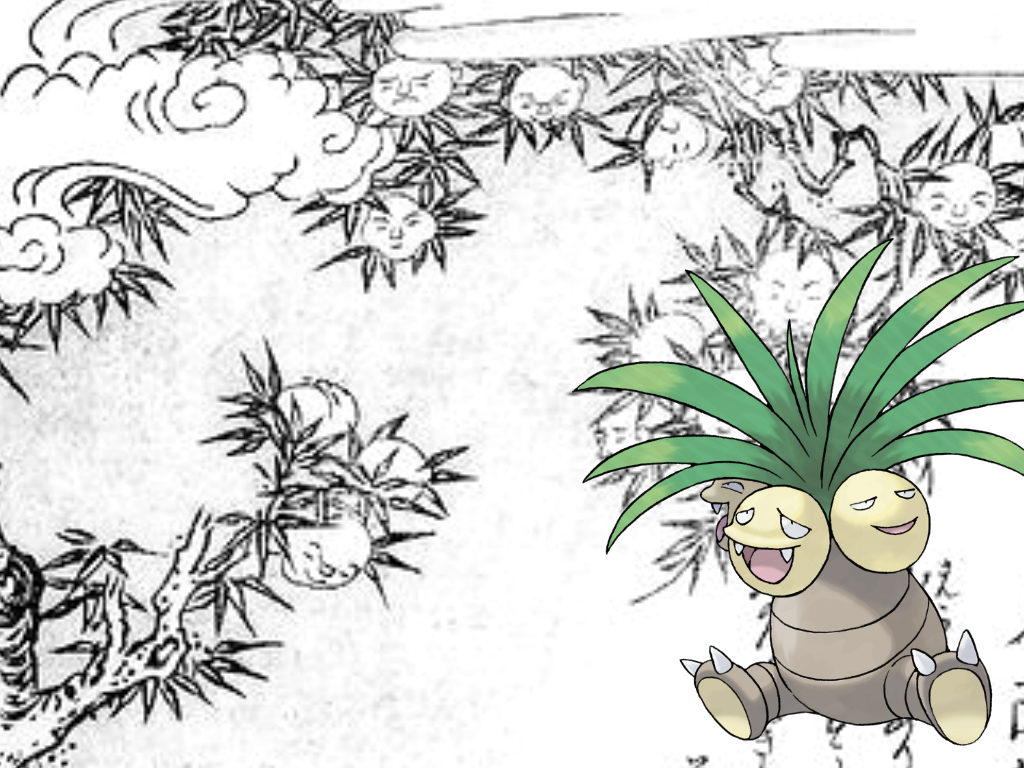 Exeggutor has always been a more humorous Pokémon. It’s a tree with some kind of fruit (assumed coconuts) that have faces that look more or less stoned out of their minds. Turns out, there is a Japanese monster, or yokai, that is a tree and it grows fruit known as jinmenshi which resemble human heads and whose faces are always smiling. The legend originated from China and was passed onto Japan.

It is said that the fruit is always laughing, if they laugh too hard then they fall, and that they have a sweet and sour taste. Apparently, they were all eaten and eventually died out, which is why we don’t see them today. But what I want to know is why anyone would eat a fruit that looks like a smiling human face. 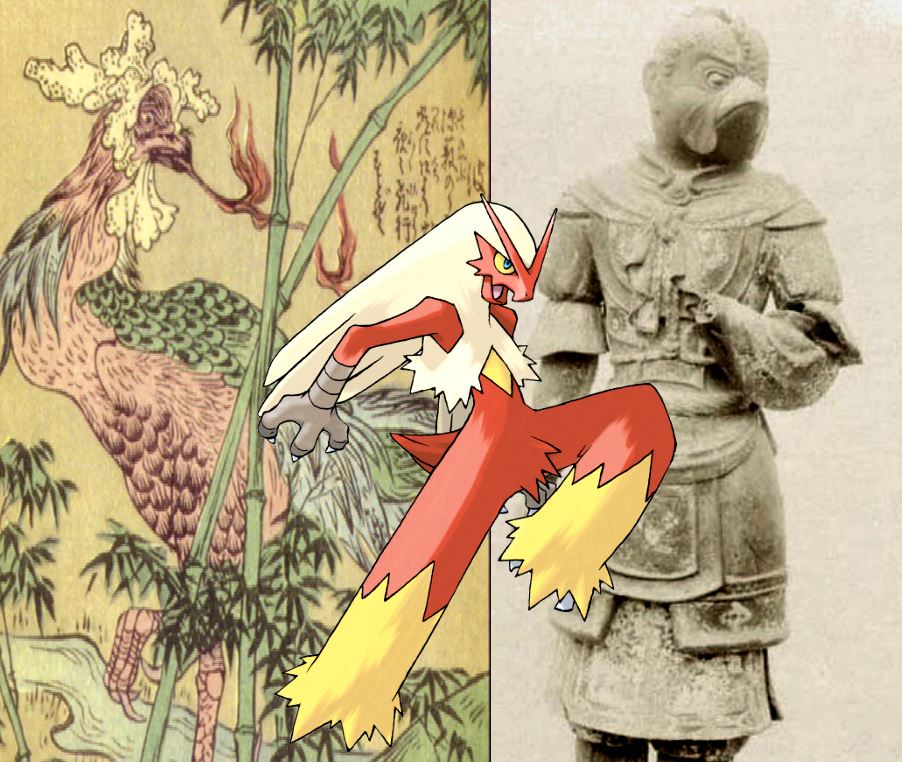 Blaziken is one of my favorite starter evolutions to this day and I will fight tooth and nail for how badass it is. But I know a lot of people who give the idea of a fire-breathing chicken a lot of flack. Welp, blame the two Japanese legends that were combined to create this beast of a Pokémon. Blaziken is a combination of the Basan and the Karura. The Basan is just a straight up fire-breathing chicken and the Karura is a chicken/human hybrid; it typically consists of a bird-head, human torso, and wings instead of arms. It is known for devouring serpents and dragons. Only dragons with special protective Buddhist talismans or have converted to Buddhism are safe from the Karura.

Have you come across any Pokémonbased on Japanese myths or just want to tell us your cool Pokémonrelated stories? We would love to hear them below in comments!

Jump Drive: Build the Galactic Empire of Your Dreams in 30 M...

How Steve Trevor’s Role Took Inspiration From Another ...

Be The Secret Agent Of Your Dreams in Warehouse 13: The Boar...

Immerse Yourself in The Kingkiller Chronicles With Tak: A Be...