With Oscar Isaac taking on the role of Moon Knight in a Disney+ series, Marvel’s once cult superhero will soon find more public interest than ever. So just who is Moon Knight? For starters, he’s Marc Spector, an ex-mercenary/superhero whom the ancient Egyptian god Khonshu revives after death. Suffering from dissociative identity disorder, Spector’s other non-costumed personalities include rich playboy Steven Grant and taxi driver Jake Lockley. For more background info on the wild comics history of the character, you just might want to watch Dan Casey’s Explainiac video:

But with 40 years of stories, which are the best ones to read before the show comes out? Below are five of our favorite Moon Knight runs from the character’s long Marvel Comics history. 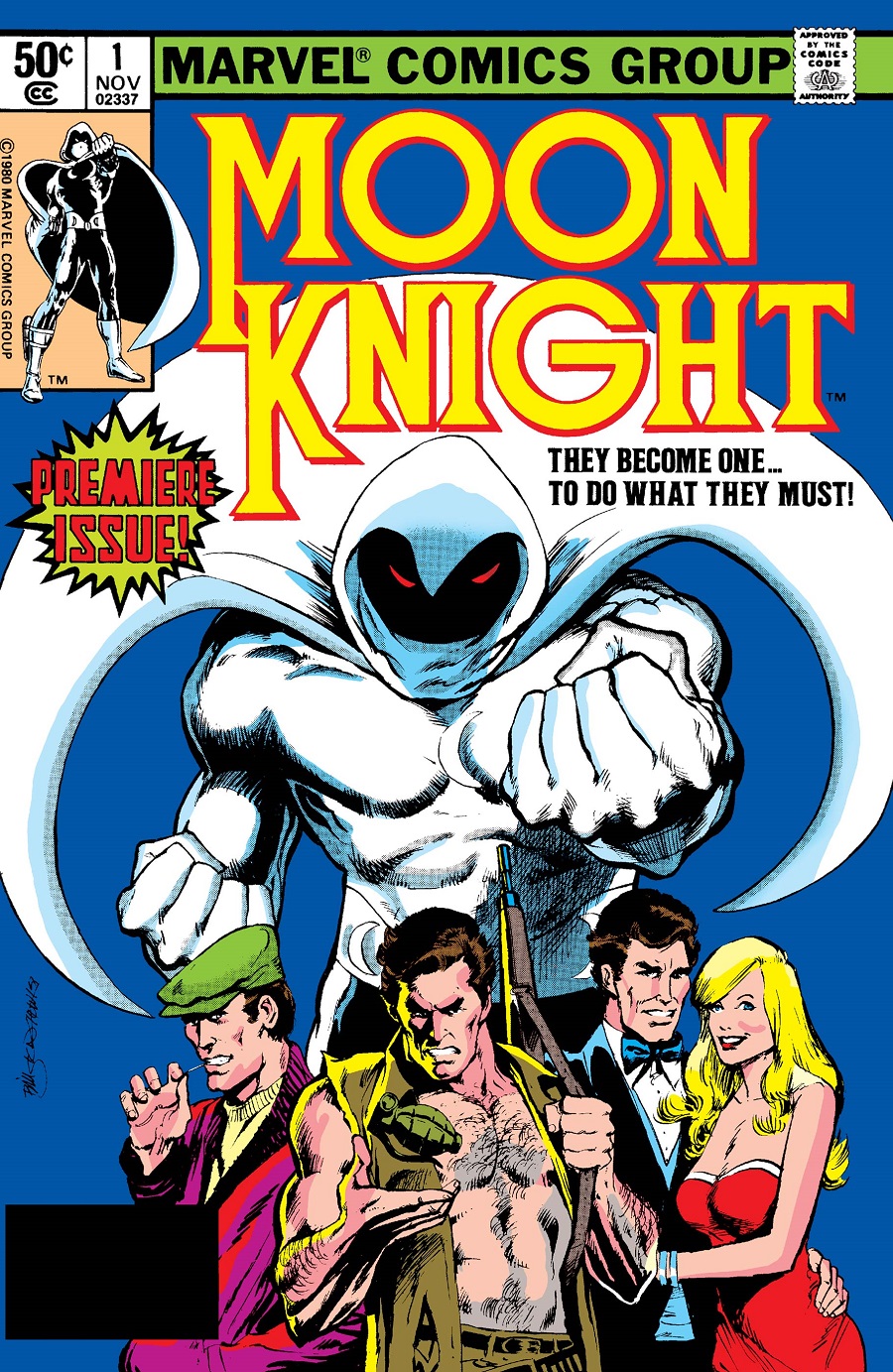 Even though Moon Knight as a character had already been around for a few years at this point, it wasn’t until 1980 that Marvel gave Marc Spector his own ongoing series. Writer Doug Moench and artist Bill Sienkiewicz gave the series a moody atmosphere. They instilled the character with many of the attributes other creators draw from to this day, including Mark’s multiple identities. This creative team only did the first 30 issues of the run, but their influence looms large. This run of the series is collected as Essential Moon Knight. 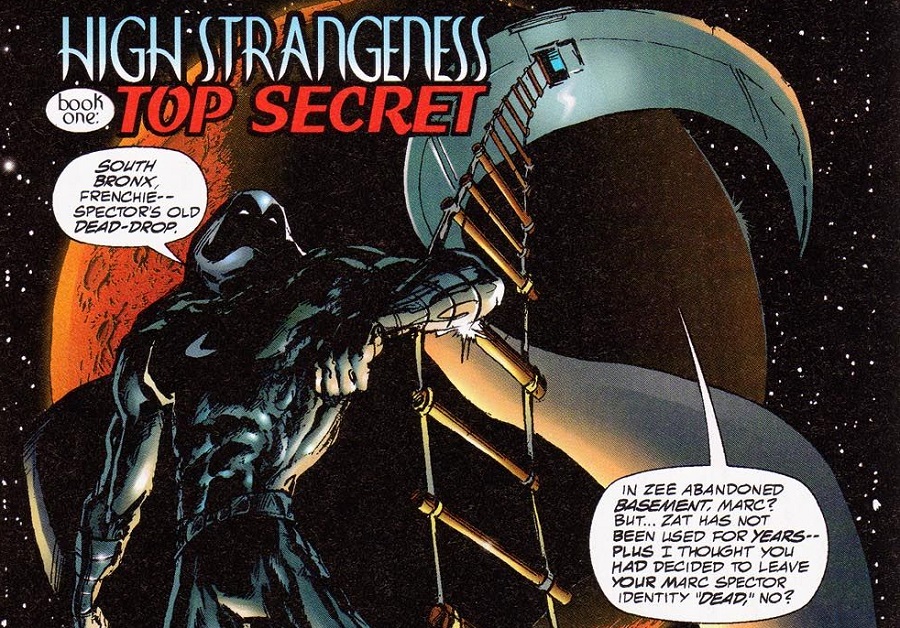 Doug Moench returned to the character with this often overlooked mini-series, published by Marvel in the late ’90s. This one was pretty wacky. Marc Spector discovered a huge conspiracy involving mind control, aliens, dimensional portals, and UFOs. The biggest stand-out: the art by Mark Texiera, best known for his work on the ’90s iteration of Ghost Rider. Sadly, Marvel Comics hasn’t collected this one, so you’ll have to hunt down the individual issues. But it’s worth getting, as it’s a hoot. The series’ covers call it High Strangers, but the interior of the comic calls it High Strangeness. Who knows what its real title is? 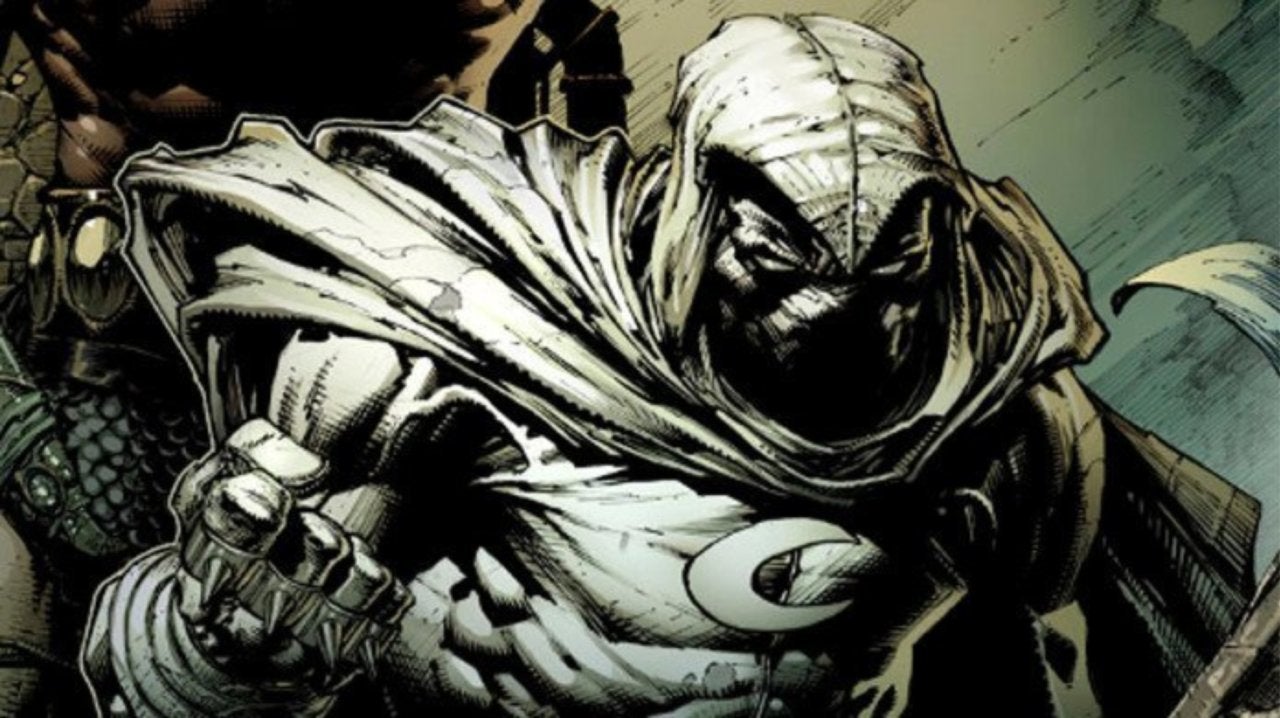 After years out on the sidelines of the Marvel Universe, writer Charlie Huston and artist David Finch brought Marc Spector back into the spotlight in 2006. Huston, a famous crime novelist, took Moon Knight to perhaps his lowest point ever in his life. Once his most notorious foe died, Spector was just a shell of his former self. But he forced himself to climb his way back up. Artist David Finch’s renderings were very action-heavy and bore a ’90s vibe, which fans ate up.

This run really started playing up Marc Spector’s multiple personalities. They became more than just different aliases; other writers have built on this amendment ever since. The first six issues of the Huston/Finch run are collected as The Bottom. Another great arc from this run was Midnight Sun, which featured Moon Knight crossing paths with Captain America, Spidey, and the Punisher. Later issues of this run were co-written by Mike Benson, with several different artists taking over for Finch. 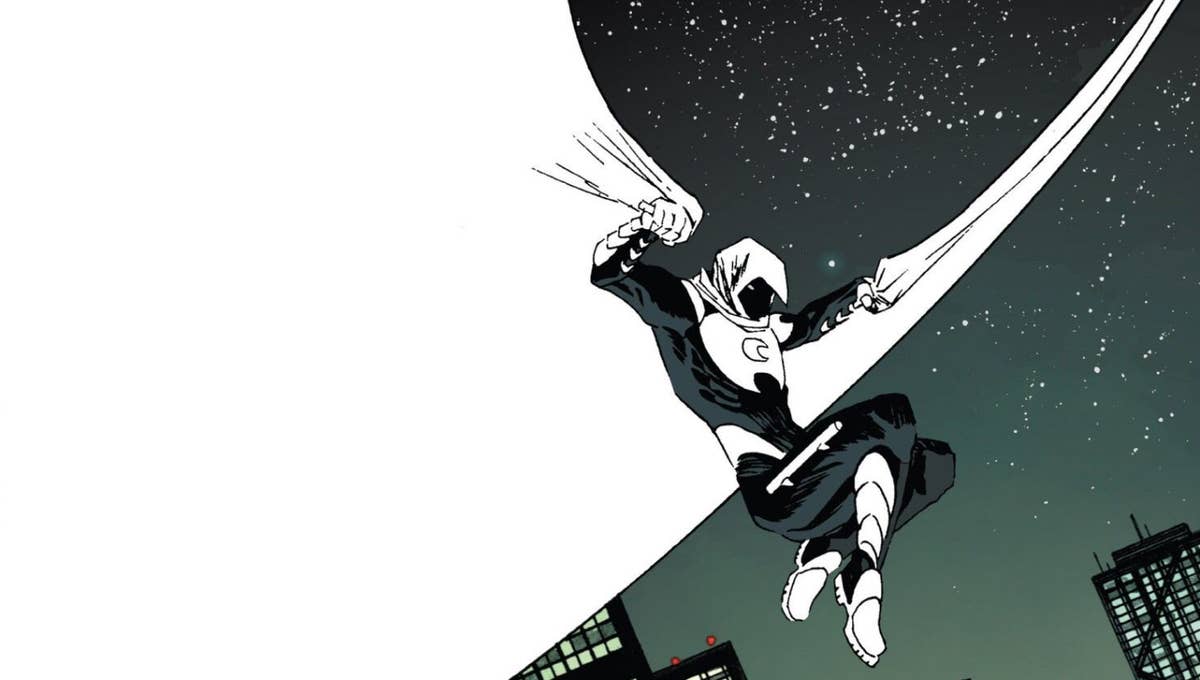 Writer Warren Ellis wrote Moon Knight for a mere six issues, but those issues changed the game for the character of Mark Spector.  This run, which featured some amazing art by Declan Shalvey, contained the stories where Moon Knight famously punched ghosts, investigated a sleep experiment that drove people insane, and also found him traveling to a mushroom graveyard planet.

In only a handful of issues, this creative team added new layers to the mythos, including the “Mister Knight” persona. This “classic detective” version of the hero dressed in an all-white three-piece suit. Shalvey’s cool-as-heck supernatural battle suit also arrived in this run of stories. The Warren Ellis/Declan Shalvey run is collected as Moon Knight: From the Dead. 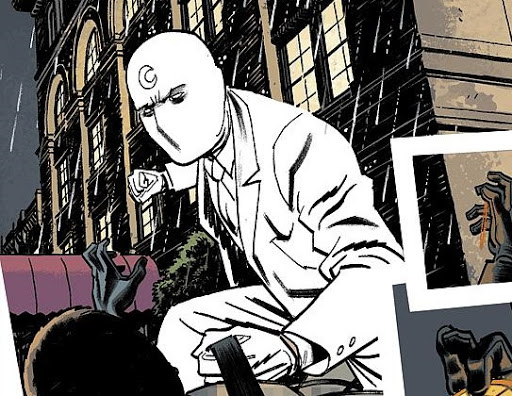 Moon Knight’s most recent run was also solid, thanks to writer Jeff Lemire and artist Greg Smallwood. This iteration began by finding Marc Spector waking up in a psychiatric hospital with no powers, and the validity of all of his various identities called into question. Did the Egyptian god known as Khonshu build a trap for his mind? This was one of the most ambitious takes yet for the character, and also one of the most trippy. It’s collected in three volumes: Lunatic, Reincarnations, and Birth and Death.