5 Dystopian Books That Will Really Make You Fear the Future

Dystopian fiction is everywhere lately, especially with books-turned-movie-franchises like Hunger Games, Maze Runner, and Ender’s Game, but sometimes it can be tough to really picture a future where kids would be forced into an arena to fight to the death for sport. While we can see some frightening parallels between our world and occasional aspects of these stories, sometimes they’re so crazy and out there that these tales don’t really give us a healthy dose of future-fear. But what are we as humans if we can’t look at the future with at least a bit of terror, right? So for those of you who want a solid, literary reason to fear the future, here are five books you definitely need to read:

The Road by Cormac McCarthy 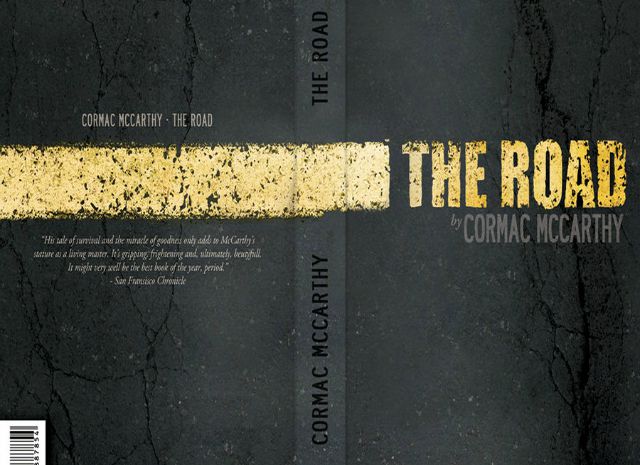 Basic Plot: After the earth is destroyed and all civilization has been reduced to mostly roving gangs of cannibals, a man and his son travel across the barren country to find some semblance of normalcy and humanity.

Why It Will Scare You: With rampant war, nuclear warfare, famine, disease, the loss of natural resources, and climate change, a wholly destroyed earth is a totally feasible idea. And since a large portion of humanity is pretty comfortable with modern commodities and not used to “roughing it” for longer than your average camping trip, complete devolution of humanity is easier to understand than I’d like to admit.

The Windup Girl by Paolo Bacigalupi 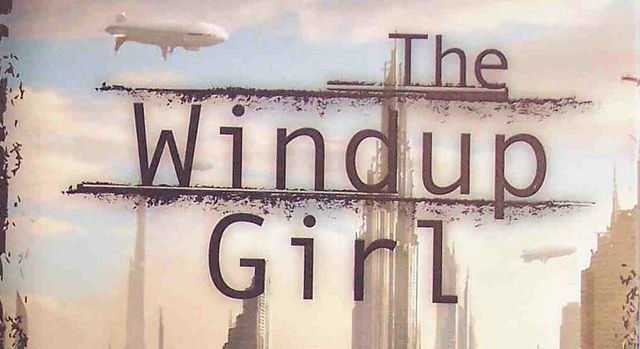 Basic Plot: The world has been ravaged by global warming and biotechnology companies essentially rule the world, since they control food production and distribution. It also means that bioterrorism runs rampant and plagues wipe out entire civilizations due to genetically modified foods. The story is set on this backdrop as the protagonist Anderson Lake tries to find the Thailand seedbank with the help of The Windup Girl, a genetically modified person who had been engineered for beauty.

Why It Will Scare You: The story itself is exciting and thrilling, but Bacigalupi does such a great job of building his dystopian Thailand. By blaming global warming on the cause of the breakdown of society as we know it, he plays on a very plausible–and all too real–fear that we all have. It also makes sense for science to start stepping in to help our continued survival after we’ve tapped out all of our natural resources. It’s also not hard to imagine a big corporation taking control and using its food production capabilities for a heartless power-grab after our current civilization has collapsed. 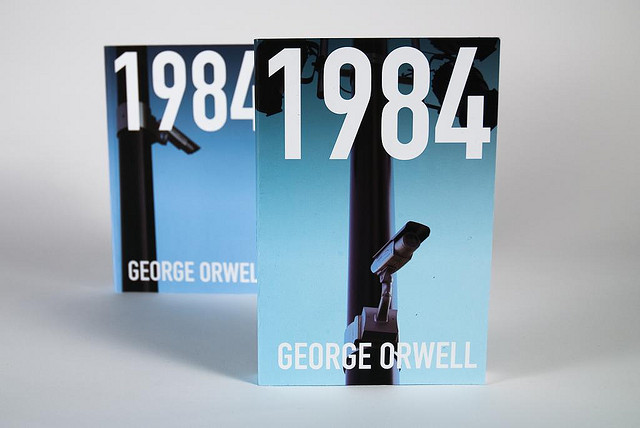 Basic Plot: 1984 follows Winston Smith, who works in the records department of the Ministry of Truth and is a member of the Outer Party. The Ministry’s job is, essentially, to re-write, distort, and change historical records. Despite his position in the Party and his work with the Ministry, Winston hates the government and its invasive surveillance. Winston rebels by starting a diary where he allows himself to think–and doubt–freely, which of course make him a major criminal in the eyes of the law.

Why It Will Scare You: With organizations like the NSA, things like the Patriot Act, and other disturbing reports of the government  probing into our personal lives, it can be enough to make you want to start wearing a tin foil hat. Orwell plays brilliantly to those fears, and paints a frighteningly believable world where government control and surveillance has run amok. 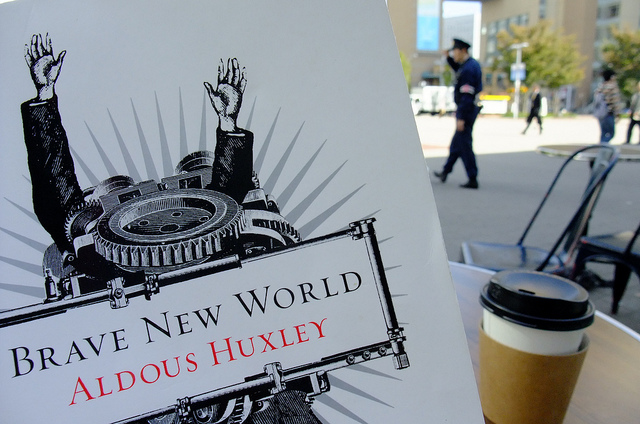 Basic Plot: Like 1984, Huxley presents a world where the government has absolute control. After society was wiped out by war, life was rebuilt and peace was kept by sorting humans into rigid caste systems with clearly defined social boundaries. People don’t get married and people no longer have kids. Instead, they are grown in labs and genetically modified to excel in the societal roles picked for them by the government. When a young man living in the “Savage Reservations” is discovered to be born from a woman in one of the upper castes is brought back for testing and integration into society, civil unrest and rebellion ultimately ensue.

Why It Will Scare You: People in Huxley’s novel are essentially kept in control by offering them a drug–soma–to keep them blissfully happy. The idea of keeping people oppressed and infringing on basic human rights, such as the right to choose your own path in life, with external stimuli can feel a bit too real in our world of instant gratification and desire to remain comfortable rather than rock the boat.

A Clockwork Orange by Anthony Burgess 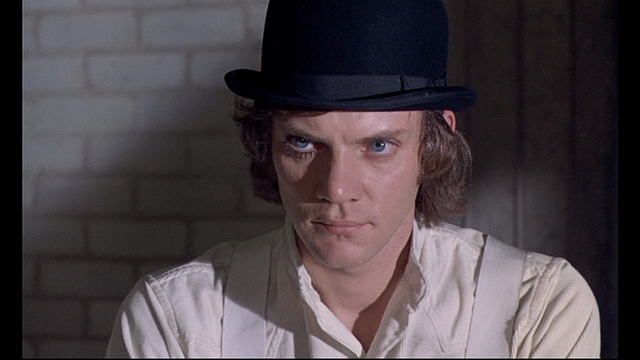 Basic Plot: Set in futuristic England, Clockwork focuses on a gang of boys–the Droogs–led by Alex. Alex and his Droogs set out for a night of “ultraviolence” and commit several heinous crimes. After Alex’s arrest, he’s subjected to severe and brutal behavior modification, and eventually reintigrated into society. However, he’s completely helpless thanks to his “therapy” and ends up becoming a victim himself.

Why It Will Scare You: There is a ton to freak you out in this book, frankly. Alex and his Droogs are downright scary, with their lack of empathy for their fellow man. We live in a society that is becoming more violent by the day, and watching some teenagers embody heartless violence so wholly is freaky. After his arrest, the methods used on Alex to “fix” him are quite rough to work through. They essentially destroy him. As we argue about issues of the death penalty and torture, it’s frightening to see a fictional society relatively close to our own adopt such a cruel “therapy” method.

It’s 2015 and our present isn’t hoverboards and pizza that comes from a microwavable capsule, so that can only mean that the future is going to look a lot more like the bleak pictures we see in dystopian fiction, right? *dons foil hat, begins hoarding cans* Which dystopian stories freak you out the most, and why? Let me know in the comments!