This 4K Hyperlapse of L.A. Is a Beautiful, Barf-Inducing Ride - Nerdist

This 4K Hyperlapse of L.A. Is a Beautiful, Barf-Inducing Ride

Time-lapse photography, which allows for the speeding up of events happening at their real pace, is always good for fresh perspectives. But so-called “hyperlapse” photography, which not only speeds things up, but also changes viewpoints, is a whole different perceptual paradigm. The below 4K hyperlapse of Los Angeles attests to that fact, with its rocket-fast ride through both time, and space. (Incidentally, the rocket ride through L.A. may make you barf.)

Peta Pixel reported on the visual rollercoaster ride through L.A., which is a part of FilmSpektakel’s “Taste of …” video series. FilmSpektakel, a Vienna-based production company founded in 2013, began its “Taste of …” series the same year, assembling hyperlapse videos of different popular spots from around the world.

“Beside [sic] our commercial work, we love to tackle new personal projects at least once a year. That’s how ‘A Taste of …’ started 7 years ago,” the Spektakel team wrote in a blog post. The team, led by Peter Jablonowski and Thomas Pöcksteiner, says its goal is “to take you on a fast-paced journey through some of the most iconic locations” and “leave you in awe.” 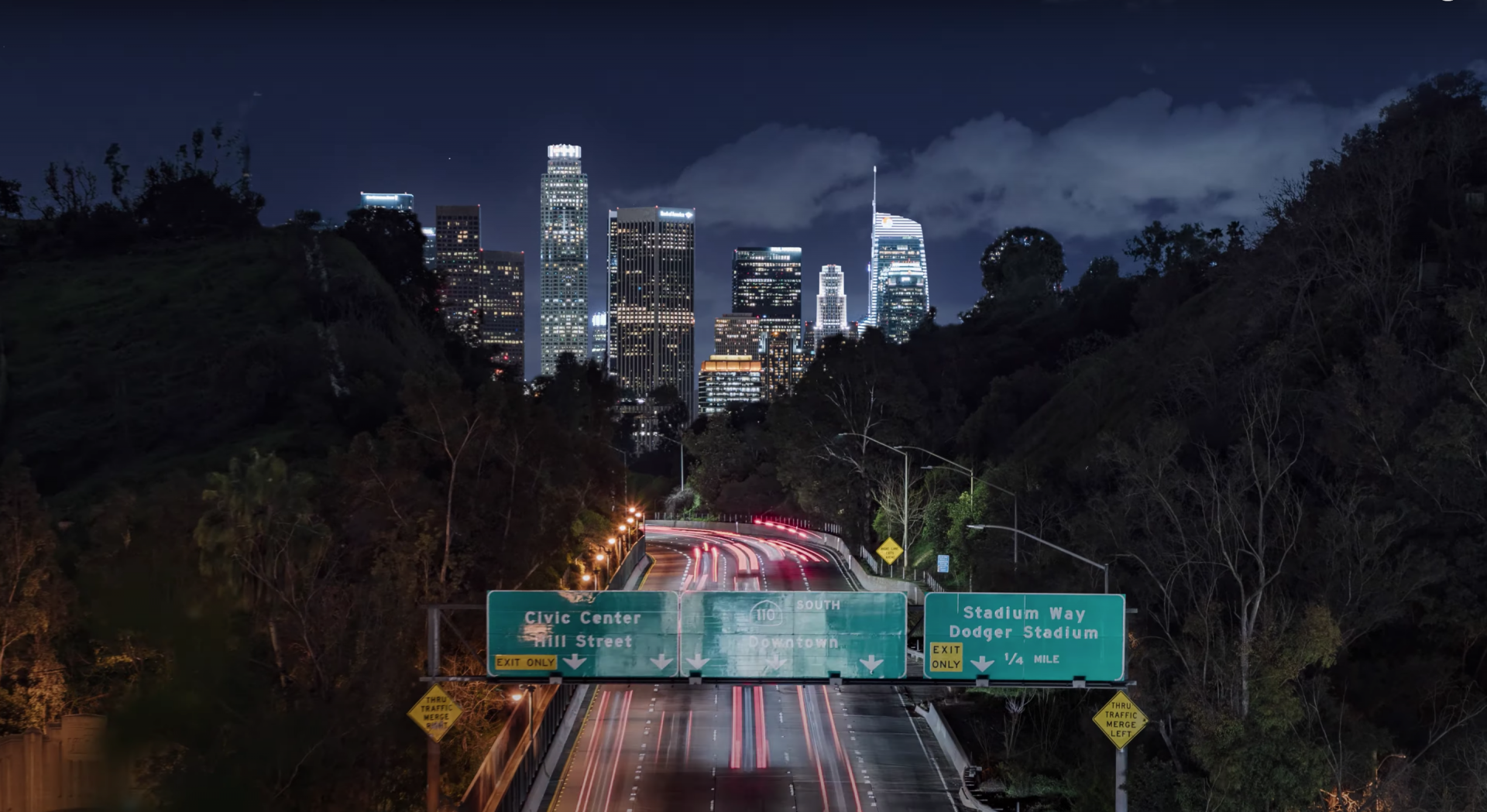 This taste of L.A.—for those who can watch it without the need for an Advil—is indeed awesome. The 4K hyperlapse takes viewers on a rip-roaring tour of angel city, U.S.A., ducking beneath bridges, leaping over buildings, and zooming behind cars. Just about every major attraction in the city appears in the video, during both day and nighttime. Dodger stadium, the Griffith Observatory, and, of course, the Hollywood sign, all make their cameos.

To achieve this blisteringly fast whipcrack tour of California’s largest metropolitan monster, Spektekel says it captured 155,568 high-definition photos over the course of 13 days. That massive amount of visual data required more than 5.3 terabytes of storage, as well as 64 days to stitch together and polish. The company says that if it showed every frame it shot for this three-minute short film, it would be nearly two hours long.

For those who want more hyperlapse tastes of cities, may we recommend A Taste of New York (above). While just as gorgeous and rapid as the L.A. video, The Big Apple one does have a very different flavor. Although, for dessert, nothing beats a visual treat from Europe.