For those readers who aren’t into Sportsball, football season is here. It’s a fall tradition for many people to clear out their Sunday afternoons to sit back, relax, and watch several hours of games. So why not do the same for board games?

We all have one or two of those games in the collection that take up the better part of a day to set up, play and take down. We recommend some of our favorite big games below and, if anyone laughs at the suggestion of playing a board game while watching football, ask them if its really that much geekier than fantasy football.

Through The Ages: A New Story of Civilization

Sid Meier’s Civilization has a excellent board game adaptation, but many board game fans looking for that same feeling turn to Through The Ages for the tabletop experience. The card centric nature of the upgrades and strategy also make the game a good choice for board gamers looking to take the next step away from casual games into something that can fit the entire epoch of human history into the same time it takes for six pizzas to get ordered, delivered, and destroyed. 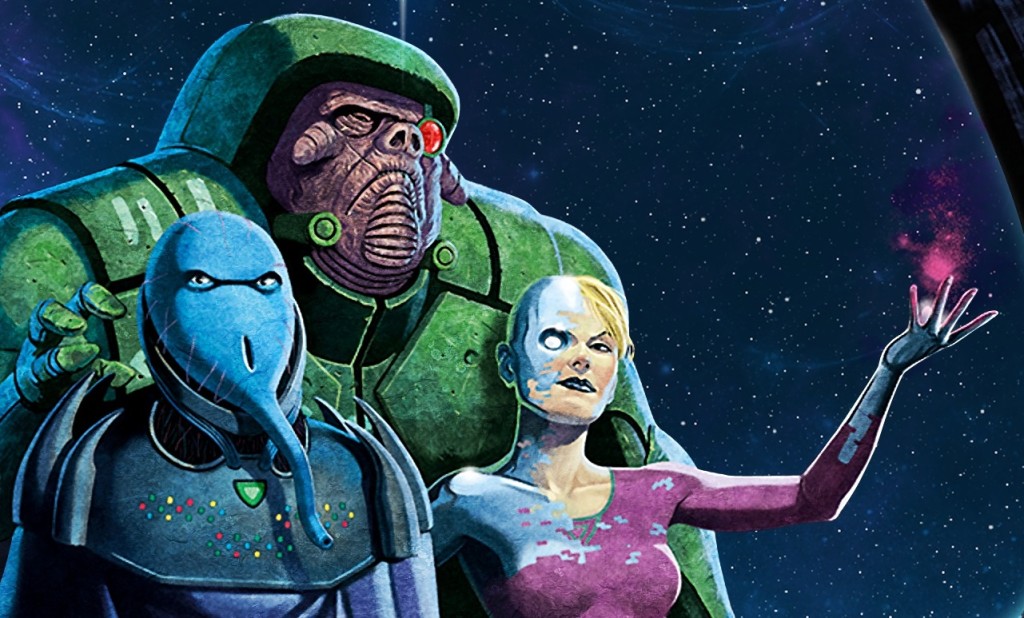 There isn’t much bigger than trying to build your own star empire. While games like Roll for the Galaxy and Tiny Epic Galaxies have tried to get empire building game play down to a manageable size, Eclipse went the other way in bringing back memories of great computer games like Master of Orion and Sid Meier’s Alpha Centauri. The players lay tiles as they explore space between their homeworlds and try to keep their economy together while expanding their empire. If the main game isn’t big enough, a variety of expansions exist to keep everyone’s eyes on the table.

Fantasy Flight Games could probably occupy every space on this list, since long thematic games are how they became the powerhouse in the industry they are today. Android introduced the cyberpunk universe that got explored in Android: Netrunner and later games. The game throws players right into the middle of a New Angeles murder mystery. They must spend the rest of the game balancing cracking the case, discovering the conspiracy behind the crime and devoting time to resolving their character’s personal issues.

This game of epic samurai warfare was also known as Shogun and Samurai Swords when released as part of Milton-Bradley’s Gamemaster Series. The most famous creation for that series was Axis & Allies, a game that launched a million board game obsessions that ate up weekends for board gamers of all ages. Ikusa offers a lot of great samurai strategy, a tiny castle area for each player with a screen perfect for scheming, and a chance to hire ninja to assassinate important  pieces before they can turn the tide of battle.

What is your favorite day-long board game? Take a break to tell us in the credits.

TAGGED: android, ikusa, Through the Ages, eclipse, Board Games