3 Multimedia Novels That Could Change the Way We Read - Nerdist

From self-published e-books to Twitter fiction to transmedia web series to Wattpad fanfics being optioned for book and movie deals, the way we read and tell stories using digital media has been changing quickly in recent years. Here are three notable books at the forefront of finding new, revolutionary ways to read and write novels — and not only are they innovative books making huge strides in bridging the gap between print and digital publishing, they’re also just really good reads. 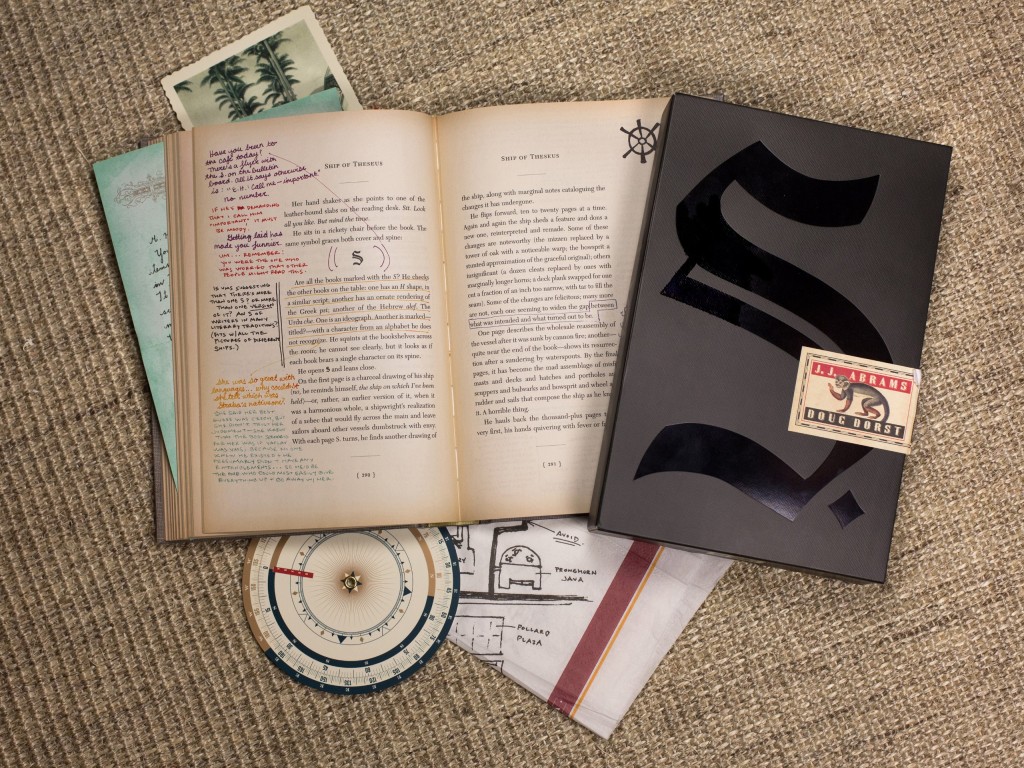 Conceptualized by J.J. Abrams (yes, that J.J. Abrams) and written by novelist Doug Dorst, S. is unlike any book you’ve read before, and can only really be described as an English major’s dream. The story of S. is couched within the fictional novel Ship of Theseus, packaged to look like a library book and filled with postcards, newspaper clippings, notes on napkins, old photographs, and even a decoder ring — as well as colorful handwritten notes in the margins from two readers who begin to uncover a decades-old mystery within its pages… while their own story begins to mirror both that of the actual novel and that of its mysterious writer, V.M. Straka. 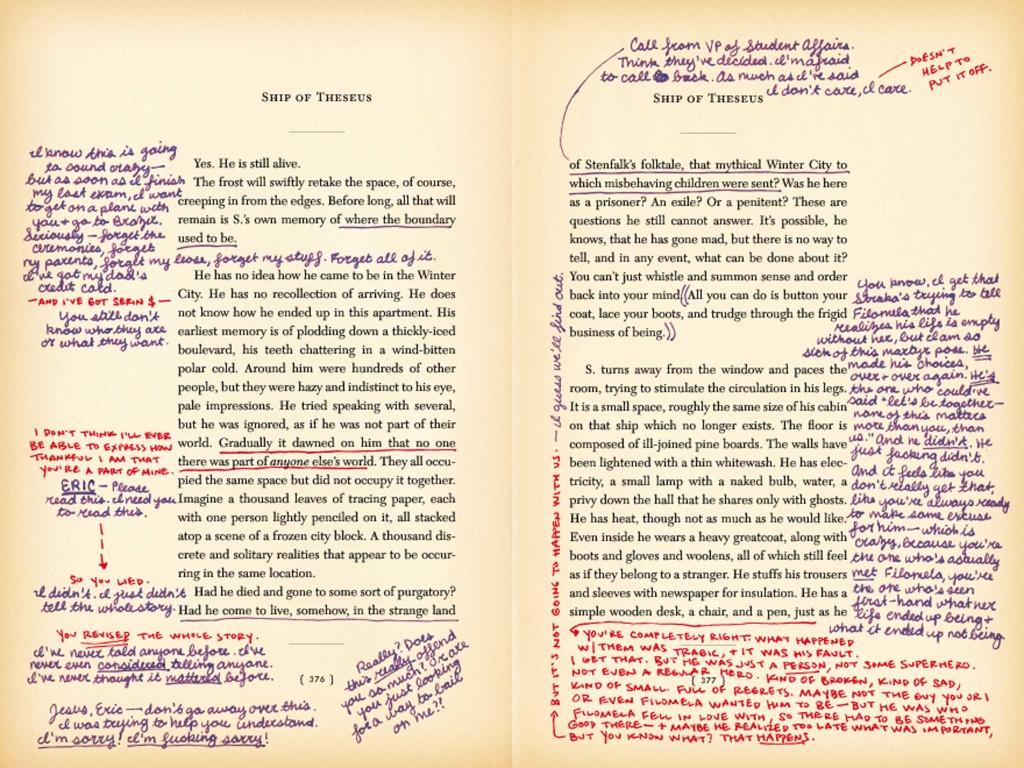 This is not a book you can read passively with minimal brain engagement — you will be forced to think, and think hard: not only about the story (both stories, the text-as-story and the story-as-text) but also about how you yourself are reading and interpreting it. Can you figure out the subtextual clues and nuanced variances of meaning before our marginal heroes do? S. challenges you to try. And unique to our digital age, this is one novel that doesn’t translate as an audiobook or e-book — to fully absorb and appreciate it, you have to hold the physical copy in your hands, complete with all its physical clues and pieces of evidence.

The Silent History by Eli Horowitz 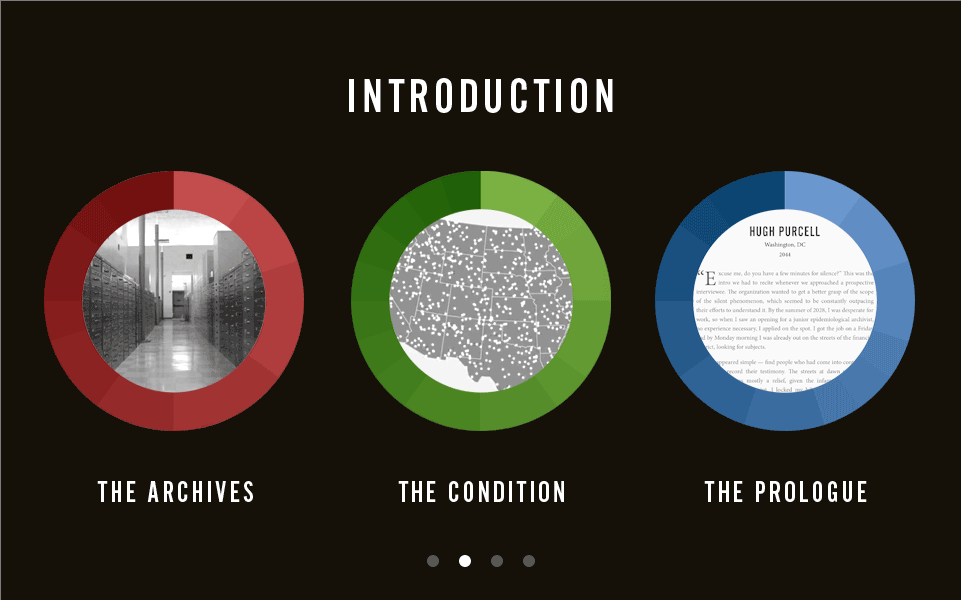 Eli Horowitz’s The Silent History is arguably the first novel to be written with an iOS app in mind as its ideal publishing format. Though it has since been translated into a printed book, it is still best experienced as originally intended: read in serialized chapters on your iPhone or iPad, with additional GPS-responsive elements that unlock whenever the reader passes through certain physical locations. 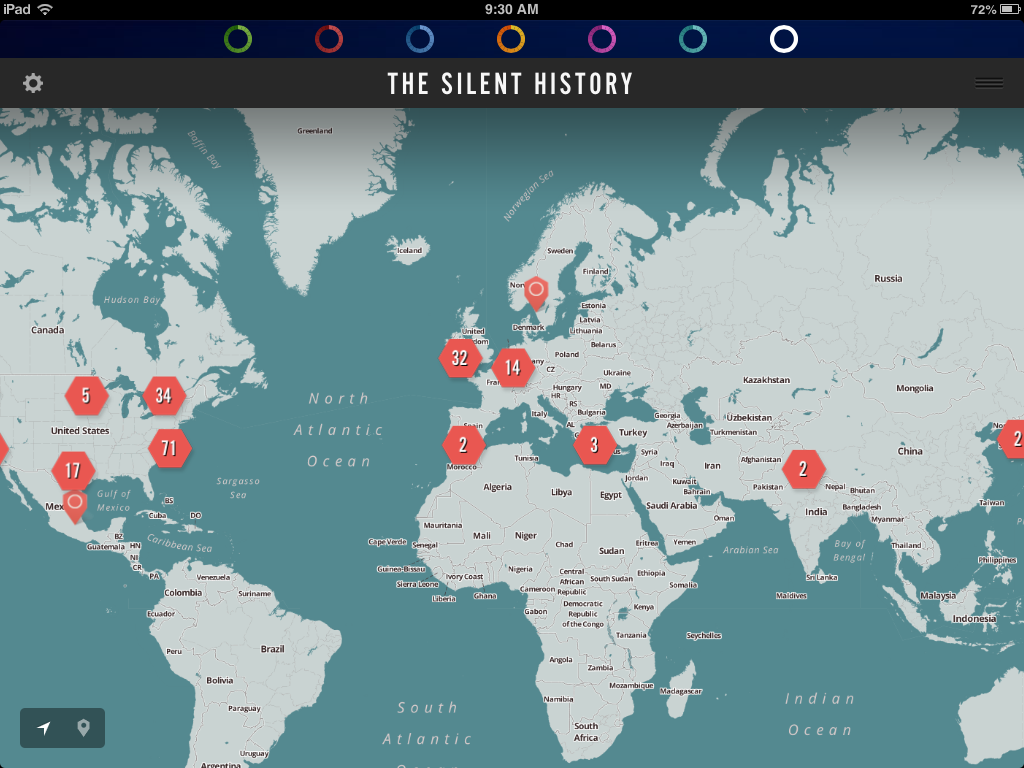 Part dystopian science fiction and part Dickensian epistolary, with hints of supernatural horror, the novel’s intriguing, high-concept premise is that a generation of children, eventually known as Silents, is born without speech or the ability to comprehend language. We follow a fascinating ensemble cast of characters — parents, doctors, teachers, and more — across decades, in first-person testimonials ranging from 2011 to 2044. Mixed-media aspects from in-app videos to GPS-discoverable stories by other Silent History readers across the globe called Field Reports create a wholly immersive reading experience that opens up new possibilities for digital storytelling.

Night Film by Marisha Pessl (author of Special Topics in Calamity Physics) presents itself less as a straightforward thriller and more as a multimedia package. Its pages are filled with fictional forum posts, digital correspondences, old photos, crime reports, news site screenshots, and satellite maps, all combining with the compelling first-person narration of an investigative journalist to give the reader a multidimensional understanding of the gradually unfolding (and possibly occult) mystery at the heart of the story, which starts when the daughter of an infamous reclusive film director is found dead under suspicious circumstances.

Plus, when you download the official decoder app and scan select images in the novel, you can unlock additional multimedia content — video, audio files, PDFs, and more —on your phone as you read to add a deeper (and even creepier) aspect to the tale.

Marisha Pessl’s YouTube channel has several eerie video tie-ins to the novel, but start with the official book trailer:

What are your favorite examples of innovative multimedia storytelling in fiction?