3 “Dead” Card Games That Are Still A Joy To Play

One of the big heartbreaks in tabletop games are when a serialized game stops producing new material. The most recent casualty of expandable card games occurred with the recent announcement of Android: Netrunner’s license expiring. The last set, Reign and Reverie, marked the end of an excellent game of bluffing, deception and anticipation. But it also marked the potential beginning of a new era. Many gamers enjoy these games more once they’ve been declared “dead” by the general public.

Dead games have some advantages over those games still seeing regular expansion releases. When a game stops being published, many players flood the secondary market with their collections out of anger, sadness or simply because they aren’t interested in the game without new releases. This is an excellent time for new players to get in and try out new games with huge collections. Sizeable chunks of the game can be had for a fraction of the price. It also means new cards won’t be coming in, so completing a collection will be far easier. Players that have a preferred deck or playstyle don’t have to make adjustments to new cards. Sometimes, the fan bases will get together to put out new sets or DIY kits for people to create their own cards. These fan bases also keep people playing the game and even in a few cases like Netrunner or Doomtown:Reloaded, can bring a game back from the dead.

Netrunner’s fanbase isn’t going quietly; it’s got a lot of great resources for play such as online deckbuilders and browser capable ways to play the game. For anyone looking to play other great dead card games, we’ve included a few of our favorites below, and encourage our readers to include their favorites in the comments. 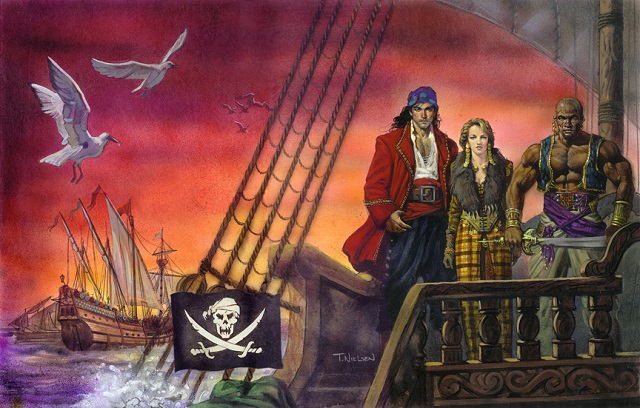 While the RPG has returned with a series of blockbuster Kickstarters, the CCG that tied into the original has yet to rise from the briny deep. It’s too bad, because the card game put players into the role of saucy sea captains seeking out adventure, excitement, and treasure. The cleverest mechanic in the game featured captains playing cards back and forth during battles that felt like an old pirate movie swordfight. 7th Sea Info has been around since the game’s original release. It is a great resource for unofficial fan sets, resources for making new cards and old promo cards that can be a little hard to find. 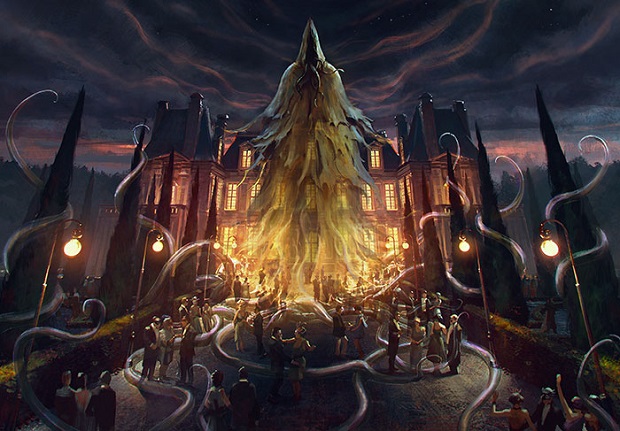 Fantasy Flight Games’ original Lovecraftian card game has really proven to take “that is which is not dead can eternal lie” to new depths. The game was designed by superstar game designer Eric Lang as a two-player duel that allowed players to mix and match their favorite investigators, monsters and Old Ones. This game began as a CCG and when Fantasy Flight started to push the LCG format, made the jump over to that style of game. It was laid to rest a few years ago, but still has an influence on the Arkham line. Many of the characters created for this game live on in Eldritch Horror, Elder Sign and its successor, Arkham Horror Card Game. This subreddit shows the game still has plenty of life, with big card collections available for very cheap. 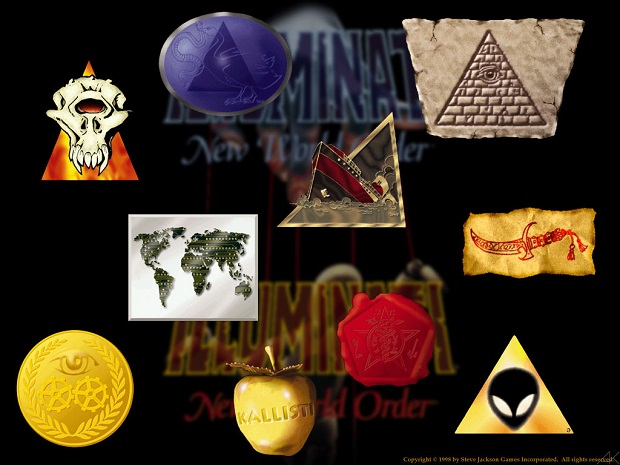 This conspiracy theory game began life as Illuminati, a darkly satirical game where players built power structures right out of the darkest pages of the Weekly World News. Players created ridiculous conspiracies that controlled everything from the NRA to the Ark of the Covenant. Steve Jackson Games released a CCG version in 1997 that updated the groups and streamlined play called Illuminati: New World Order. At the end of INWO’s life the company released a collector’s block with one of every card from the main set that included new rules on how to play with the single set. Longtime fans of the game should rejoice; a new non-collectible edition is rumored to be releasing before the end of the year.

What out-of-print games do you love? Tell us about them in the comments!