For American fans, there may be some novelty in the notion of a “darker” Power Rangers. However, Japan’s tradition of tokusatsu (special effects) hero shows has already offered many mature riffs on the premise of young costumed people fighting monsters every week. So, if you dug how the MMPR just changed with the times,  you’re sure to find much of interest in our recs here. 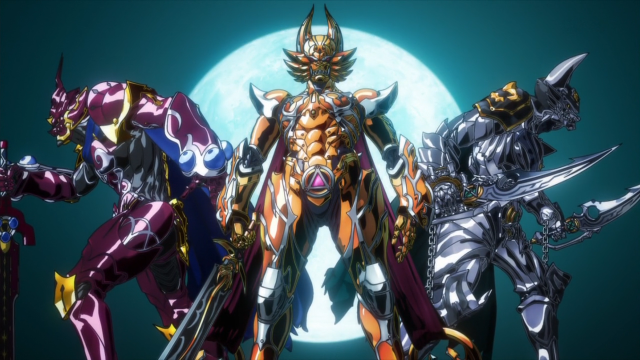 When the hero wears a fearsome wolf-faced armor that could’ve been taken out of the wardrobe of Bram Stoker’s Dracula, and the villains are actually called “Horrors,” you can be sure this isn’t going to be carefree escapism. Garo‘s most recent iteration is an anime prequel series, but this multi-headed beast started with a live-action show that drafted creatives from both tokusatsu stalwarts like Kamen Rider and psychological chillers like Uzumaki, and that tension of heroics and horror is apparent at all times.

We follow the Makai Knights, a lineage of lupine superheroes who defend weak humans against a ceaseless onslaught of demons. And there’s a suitably bleak fatalism in the story that gets this franchise running. When Kouga, the latest Makai Knight, rescues a girl from a Horror, he’s saddened to learn she’s been tainted by the monster’s blood. She’s cursed to die in a hundred days, but Kouga can’t bring himself to put her out of her misery like his knightly duties require him to. The first season features monster battles aplenty, to be sure, but its main focus is the developing relationship between Kouga and his doomed charge, and his seemingly futile bids to defy what fate has dictated. 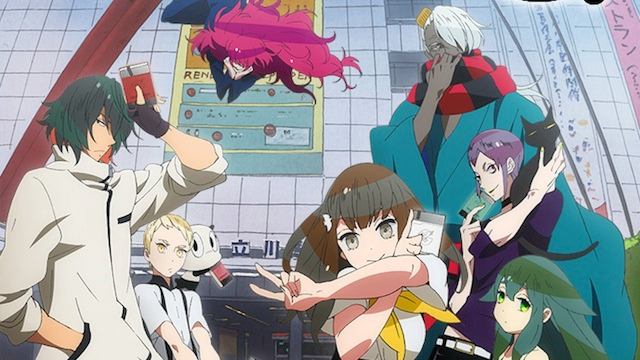 If Warren Ellis re-imagined G-Force, it might look like this. Super Sentai, the tokusatsu series from which Power Rangers derives, has always had a bit of a… symbiotic relationship with this storied anime franchise. The Jetman season of the show is even directly “inspired” by Gatchaman. While both shows have always been about young superheroes in color-coordinated uniforms, this “po-mo” riff features youths so disaffected, they opt to crowdsource superheroics with an app.

There’s a central FreakAngeles-esque question in the show about whether humanity in the 2010s needs a group of heroes to save them, or if it should become some kind of super-collective. Also, these Gatchamen are so over traditional heroics, they opt to operate in regular (though still fashionable) outfits instead of colorful tights–a choice Mr. Ellis would surely approve of. 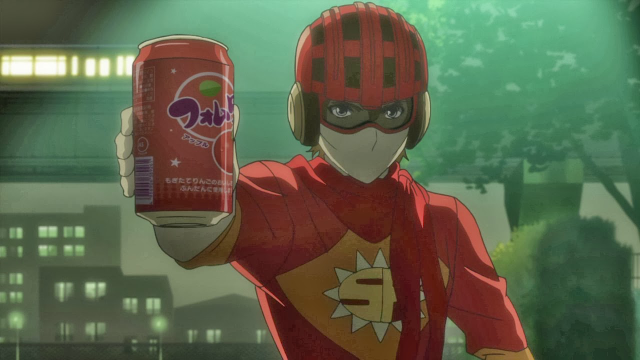 This takes a very meta angle on tokusatsu as both a genre and medium, with the Lynchian journey of a male model, Masayoshi Hazama, who believes a little too much in the colorful costumed characters he grew up watching. At the start, it’s a goofy romp about an amateur vigilante, with plenty of Kick-Ass-style pratfalls as “Samurai Flamenco” learns how fighting crime in real life is a lot messier–and more painful–than it looks on TV. Masayoshi’s even finds a new friend in Goto, a police officer who plays the perfect sitcom straight man to the vigilante’s ill-advised antics.

However, reality and fantasy continue to blur as the series goes on, and by the end it has more in common with the unsettling, surreal superheroics of DC Vertigo titles like Animal Man. The arrival of the villainous King Torture may show that Masayoshi is actually right about super villains being real, or it could be a sign of a delirious man’s confusion about his sexuality. And while Goto may seem to be firmly rooted in reality at first, we come to learn about his own detached breaks, centering on a tragically disappeared girlfriend.

Is there more to Sentai and tokusatsu than you ever expected? Would you want to explore any of these series further? Sound off in the comments.