Researchers working in England have re-analyzed a 200-million-year-old squid fossil, and found that it’s actually a snapshot of an ancient battle. The battle was between the squid and a fish, and the researchers say this is now the oldest known example of a squid-like creature attacking its prey. Which is a claim that definitely deserves a world record for most esoteric world record. 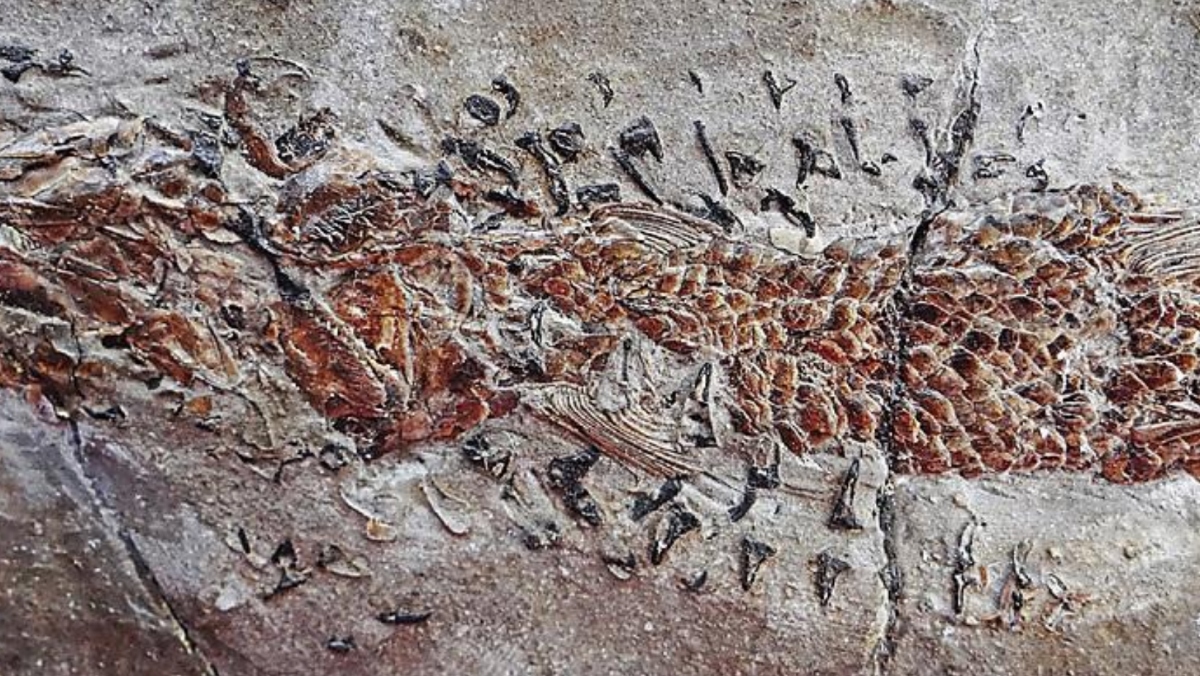 The fossilized battle between squid and fish. Malcolm Hart, Proceedings of the Geologists’ Association

Gizmodo picked up news of the epic, ancient-battle fossil, which was recently announced by the University of Plymouth in England. The research describing the new take on the fossil—which was originally found off the coast of southern England in the 19th century—has been outlined in a paper accepted for publication in the journal, Proceedings of the Geologists’ Association.

Benjamin Cotti, an expert in marine biology at Plymouth and one of the co-authors of the paper, told Plymouth news that these fossilized remains are indicative of “a brutal incident.” This can be gleaned from the fact that the fossil indicates the head bones of the fish were crushed by the squid’s jaws.

The researchers have identified the squid as belonging to the species Clarkeiteuthis montefiorei, and the herring-like fish to Dorsetichthys bechei. Both of these species existed during the Sinemurian period, which dates from roughly 191 to 200 million years ago.

It’s not exactly clear how the battle went down, but there’s no doubt there was some kind of struggle. The researchers speculate that the captured fish was too large for the squid and was thusly trapped in the latter’s jaws as it was consumed. Alternatively, it’s possible that the squid took the fish down to the seafloor to avoid being attacked by another predator while it dined, but ended up suffocating from a lack of oxygen.

Scientists have discovered the world’s oldest known example of a squid-like creature attacking its prey, in a fossil dating back almost 200 million years.

The research was led by the University, with @UnivOfKansas and The Forge Fossils.

Malcolm Hart, the lead author of the study, told Gizmodo that it’s hard to figure out why these two creatures would’ve died in this kind of embrace. “The arms with the hooks are clearly holding the fish, but why they survived to settle to the sea floor and then be preserved is exceptional,” Hart said. He added that it’s also still a mystery as to why no other animal came along to eat the pair before they could be fossilized.