What Makes the 1994 MIRACLE ON 34TH STREET Remake a Christmas Classic? - Nerdist

What Makes the 1994 MIRACLE ON 34TH STREET Remake a Christmas Classic?

For many, the best part of Christmas is watching the same beloved holiday movies over and over again. In turn, we’re paying tribute to our favorites by breaking down everything that makes them annual must-watches, from our favorite characters and moments, to all the ways they celebrate the most wonderful time of the year. In this Classic Christmas Movie Breakdown we’re looking at a remake of another staple of the season, one that somehow lived up to impossible expectations, the 1994 version of Miracle on 34th Street.

The original 1947 version of Miracle on 34th Street remains a near flawless entry into the Christmas movie pantheon, and yet that didn’t deter anyone from making three different TV movie versions, which you might remember if you were literally in them. One remake, however, you do remember. It’s when the story of a sweet old man who insists he’s the real Santa Claus returned to the big screen almost 50 years later. For a whole new generation of kids and families the 1994 movie starring Richard Attenborough as Kris Kringle and young Mara Wilson as the non-believer Susan Walker is the definitive version. It took a classic story and made it its own, without losing any of the magic of the original.

“Ask yourself this one simple question: do you believe in Santa Claus?” 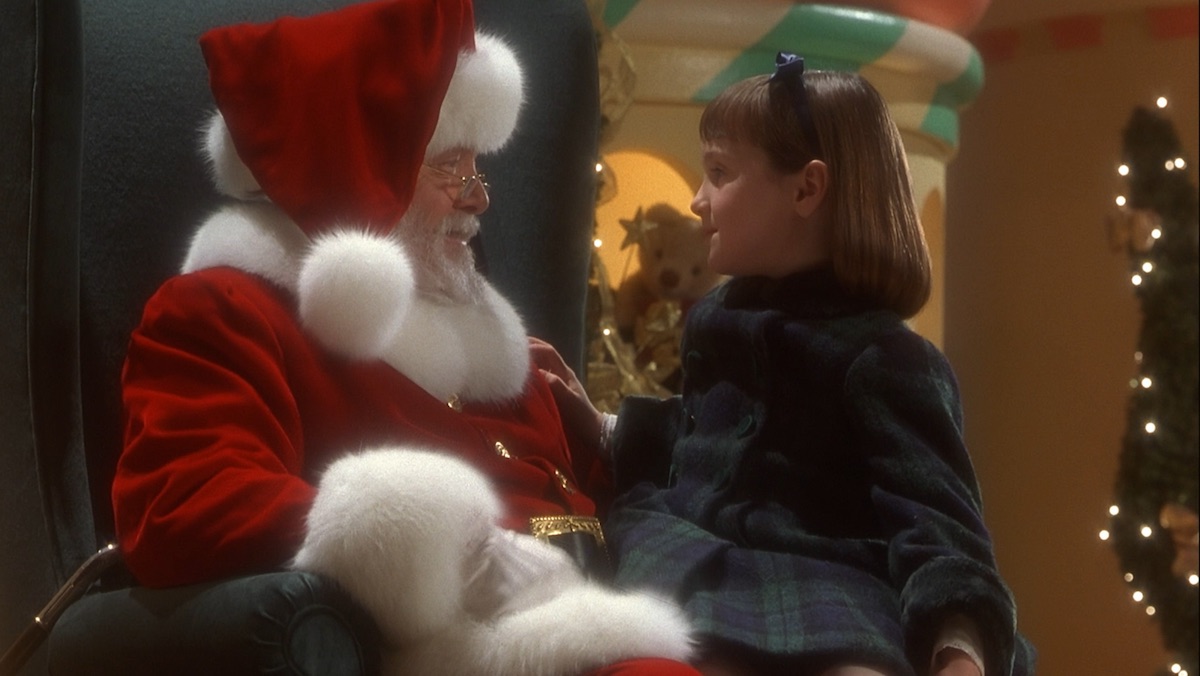 Only if a bearded white guy who says he’s a 1300 year old saint who can bend time and space counts.

Only in a few spots, but they are noticeable. Dylan McDermott’s Bryan says grace before Thanksgiving dinner. An expert on Santa Claus testifies about the real Saint Nicholas and his history with the church. And Bryan and Elizabeth Perkins’ Dorey (surprise) marry in a huge Catholic church after midnight mass on Christmas Eve. 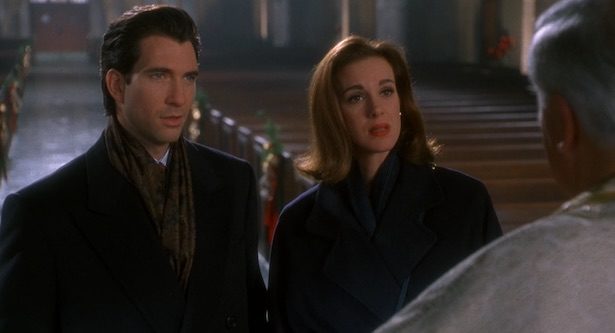 Both main characters are delightful and make the film a worthy successor to the original. Richard Attenborough’s Kris is sweet, charming, and his tendency to get angry only makes him more endearing. Mara Wilson’s Susan is equally fantastic, funny and smart beyond her years, but still enough of a kid to love. Although what she wants for Christmas – a house, a new dad, and a baby brother – is a totally absurd list.

Unlike the original 1947 version, this adaptation gives us a distinct main villain to root against: Shopper’ s Express owner Victor Landberg played by Joss Ackland. He wants to destroy Cole’s and everyone who works there, even if it means bringing down a man kids love. Landberg has two ruthless minions who set Kris up after they failed to recruit him to their store. They hire another movie villain — Tony Falacchi, the drunk Santa who was fired from Cole’s — to goad Kris into hitting him. That leads to Kris being arrested and then institutionalized.

Unlike the D.A. in the original who didn’t take any pleasure in committing Kris, J.T. Walsh’s prosecutor Ed Collins is mean and definitely not entirely on the up and up. He yells and has a “grumpy face,” but he also clearly is acting on behalf of Victor Landberg. Landberg wants Kris committed, and Collins is happy to push that along quickly, telling the judge Landberg is eager to donate to his reelection campaign, a quid pro quo the Judge is only too happy to oblige before Bryan stops him from signing the order. 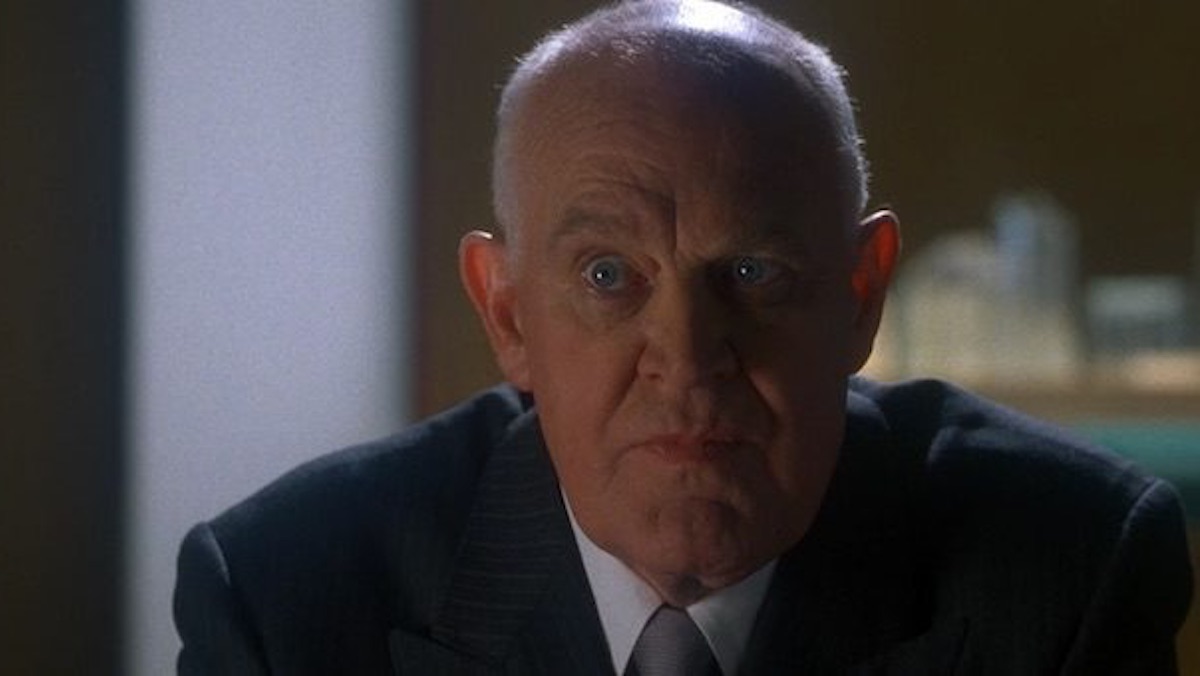 Everyone villain gets a moment of redemption at the end, except for Landberg, who was so angry he went back in time to try and kill Bill and Ted.

Very, but not necessarily in the way you might think. While it definitely views Christmas as a wonderful time where magical things can happen, it’s less about the power of the season than it is about what the idea of Santa Claus represents. He shows us what can happen when we have faith in something greater than ourselves, and how that can lead us to all be better people at all times. The film puts its trust in St. Nick more than the holiday we remember him for.As he says himself, “I’m a symbol. I’m a symbol of the human ability to be able to suppress the selfish and hateful tendencies that rule the major part of our lives. If you can’t believe, if you can’t accept anything on faith, then you’re doomed for a life dominated by doubt.”

Richard Attenborough’s Kris Kringle whistles “Jingle Bells” at the start of the film, but the only time anyone sings is when he signs it with a deaf girl who comes to see him. They each sign the song while Kris quietly sings it, in a truly perfect Christmas movie moment capped off by a knowing wink.

While greed is definitely one of them, just like the original it’s not quite as anti-commercialism as you’d think. Cole’s (not Macy’s in this version) benefits tremendously from Kris’s worldview when they adopt his policy of putting kids and families first, but only because it’s good business.

They are about to abandon Kris when Dorey, who sincerely cares about the old man, talks them out of it. Her pleas wouldn’t have worked if it weren’t good for the company financially, though. But even if Cole’s isn’t wholly good, at least the overall message is that you get ahead in life by treating others with kindness. That’s also reinforced when Shoppers Express’ attempt to ruin a sweet old man’s life over money blows up in their face.

There are also Christmas theme staples like family, love, kindness, and, most importantly, believing in something greater than yourself. 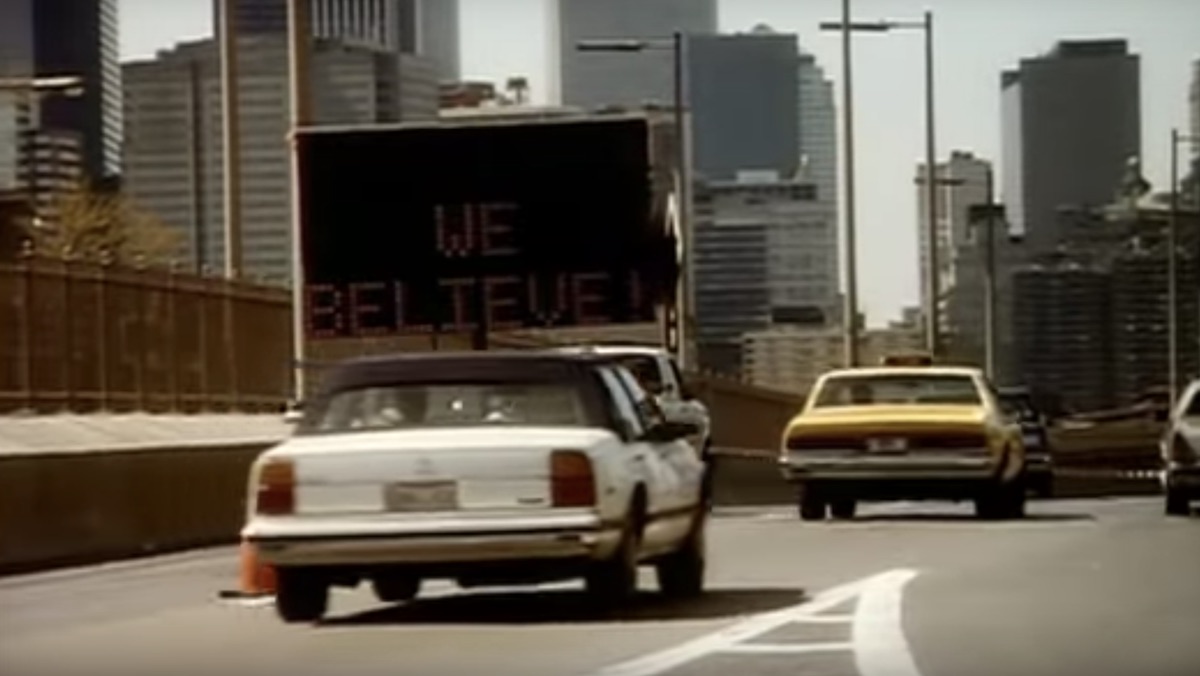 Some of our favorites include:

“Nuts. I should have got his autograph.”

“Well, tell me something, Daniel could that man be Santa Claus?”
“Nope.”
“Why not?”
“Cause Santa don’t got a grumpy face.” 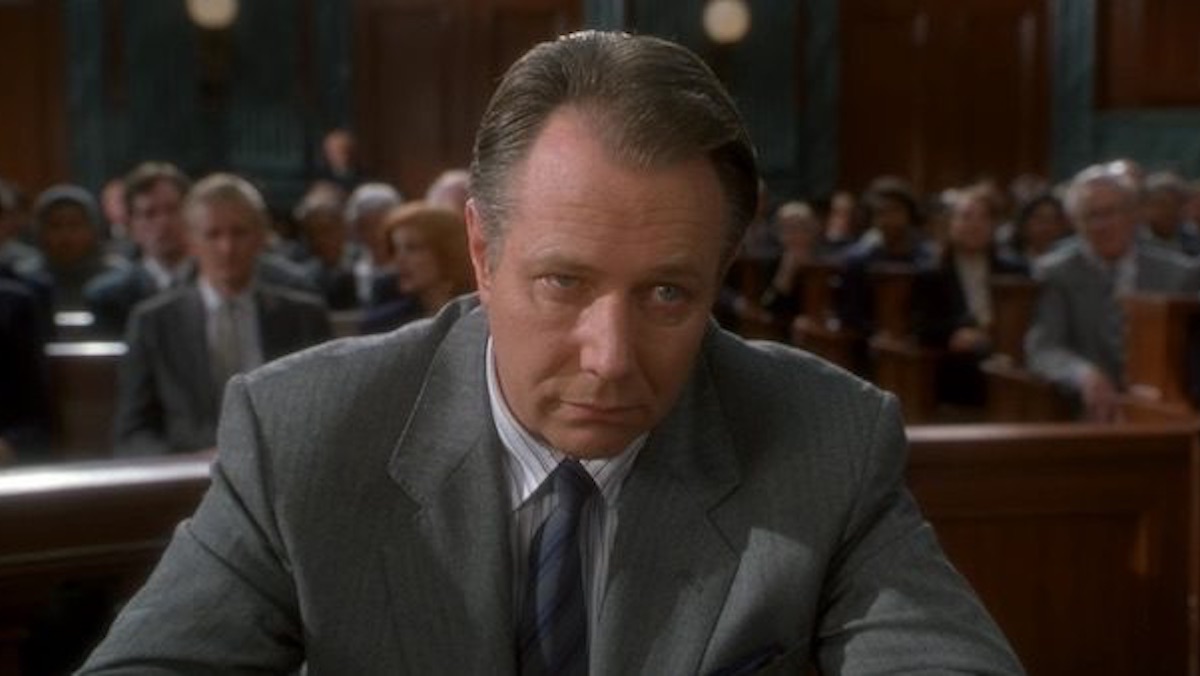 “Would it please the court if I gave you your Christmas card? I don’t think I’ll see you again. Unless I get arrested which is highly unlikely because it’s Christmas Eve and I’m going to bed uncharacteristically early.”

“I’m very sorry Mother, you have it perfectly wrong.”

But the top spot goes to maybe the funniest moment in the movie. Mr. Collins brings a reindeer into the court for a big stunt. Unfortunately for him the old man bests him.

“Well, I would greatly like to oblige, Mr. Collins, but I cannot make this reindeer fly.”
“I didn’t think so.”
“He only flies on Christmas Eve!” 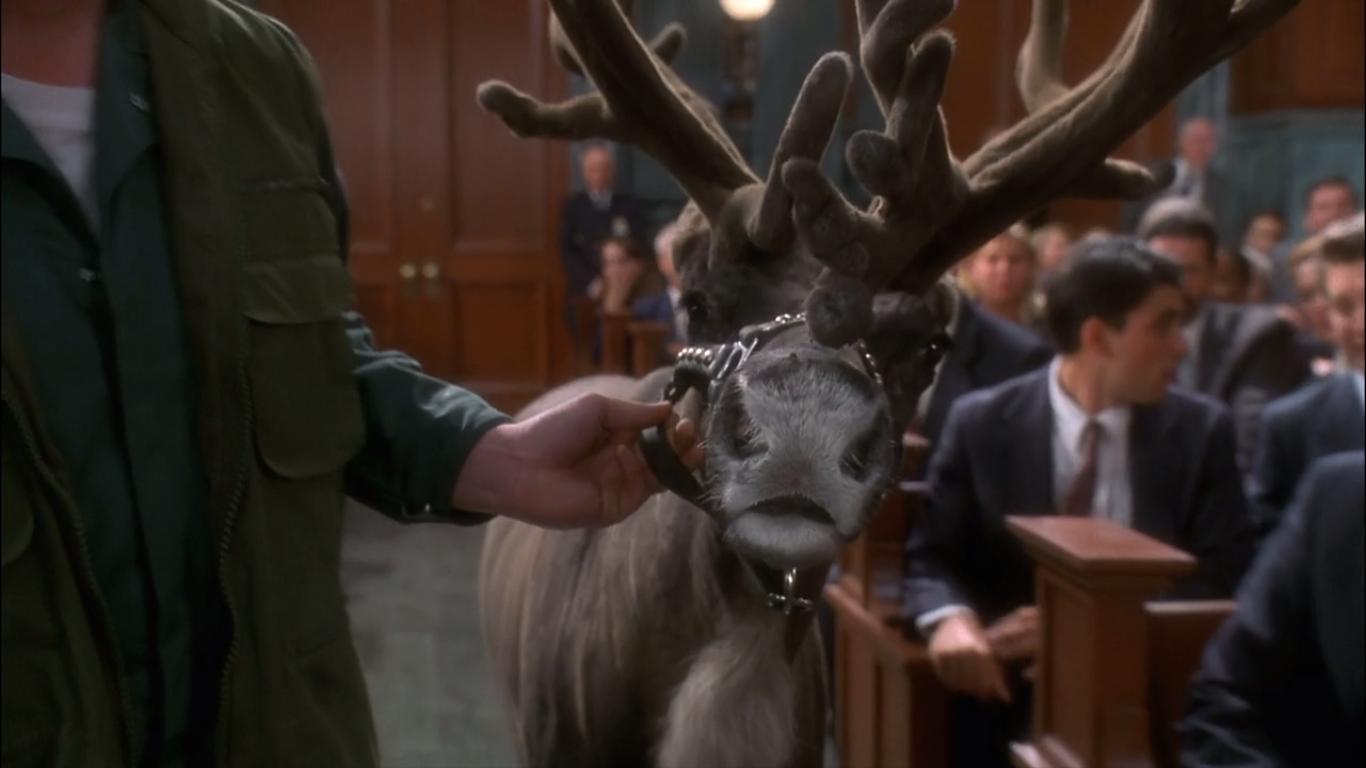 Since we already mentioned Kris signing with the deaf girl, and we can’t say “every scene with Mara Wilson,” we’ll use this spot to mention what happens after the Cole’s commercial asks everyone if they believe. New Yorkers put up signs all over the city saying they do in a fantastic montage.

We’re also partial to moments of redemption though. We also love when the Shopper’s Express minions flash their own “I believe” buttons behind the defeated Landberg’s back. 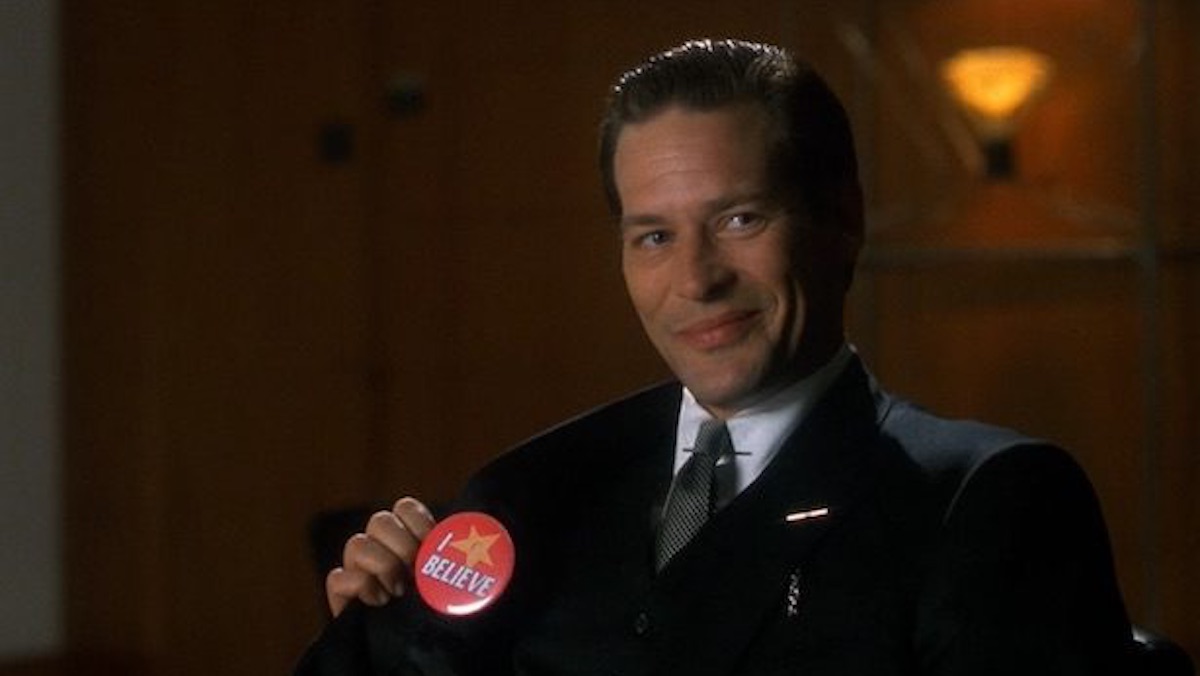 We will always be suckers for Christmas movies where kids get what they wanted the most. Even though it’s insane a little girl asked for a new dad, a new house, and a baby brother, it’s still amazing when she actually gets what she wants. 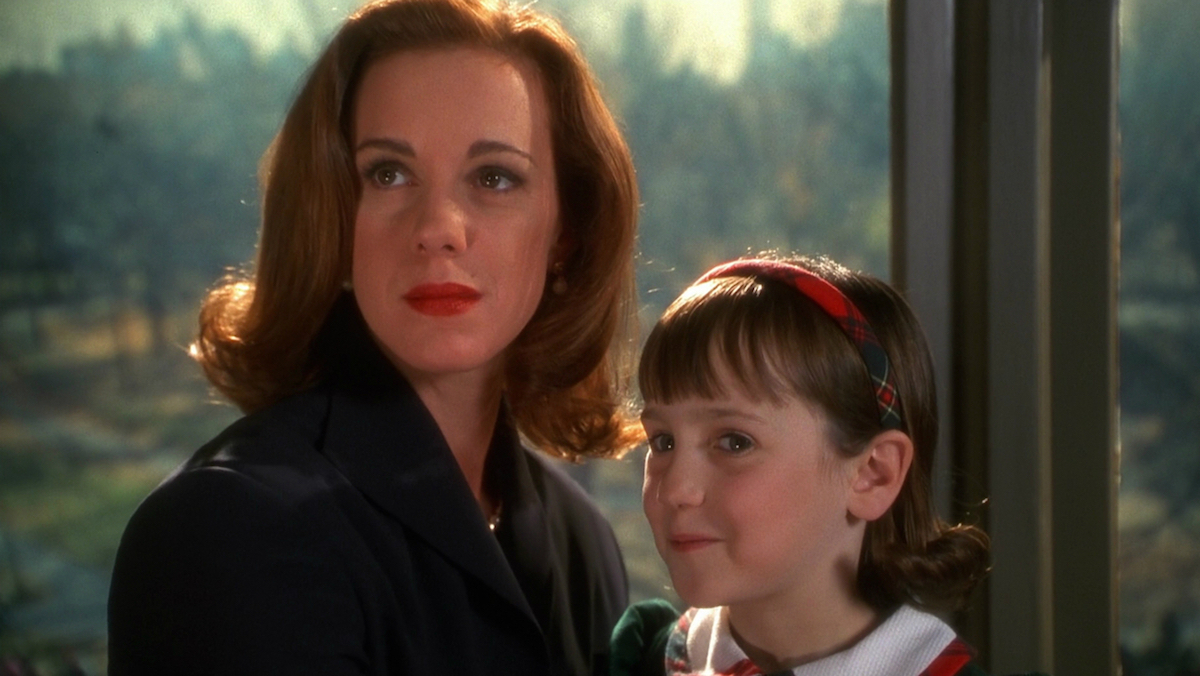 And all she had to do to get them was believe. Just like we do every year when we watch both big screen versions of Miracle on 34th Street.