Back in the halcyon days of TGIF and Must See TV, there were several unifying factors across all sitcoms: Very Special Episodes, celebrity guest appearances, and, perhaps most importantly, seasonal stories. Consistently, the best among those were Halloween episodes, when shows could be as spooky, shocking, and silly as they wanted. Hereâ€™s a collection of some of the best, most of which you can find on a streaming service or YouTube. Happy hauntings.

Frasier is a lot more playful than you probably remember. Itâ€™s arguably the funniest sitcom on this list, and that was rarely more evident than in its Halloween episodes. The first among them involves a heavy dose of Big Misunderstandings, an art perfected by the ’90s sitcom that still persists in comedies today, and everyoneâ€™s decked out in literary-themed costumes. Itâ€™s perfectly Frasier and worth an annual rewatch. 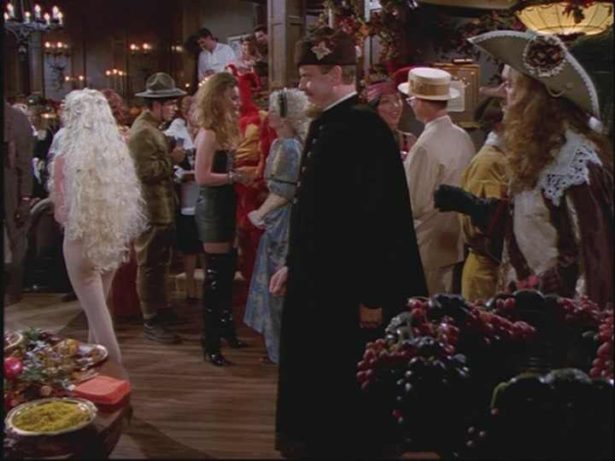 Itâ€™s easy to forget how deeply weird some ’90s sitcoms were. Within the first ten minutes of â€œA Halloween Story,â€ a talking cat has already referred to a fellow talking cat as a lush and every male guest at a high school Halloween party is dressed as James Dean. The crux of the episode is Sabrina cloning herself to simultaneously attend Harveyâ€™s party and a family gathering. Streaking is involved. Donâ€™t ask why. Just watch. 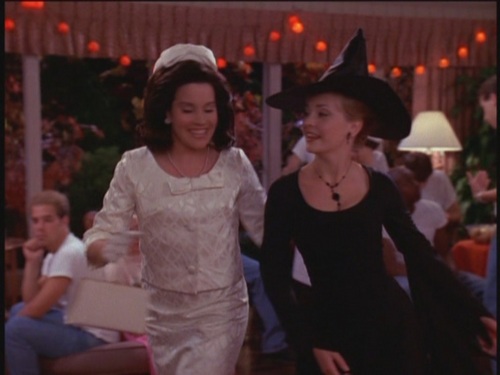 Speaking of â€œdeeply weird,â€ letâ€™s dig into Family Matters, which went from heartwarming tales of the Winslow family to The Wacky Adventures of Irrepressible Nerd Neighbor (Steve Urkel) and Put-Upon Cop (Carl Winslow) over the course of several seasons. Stevil is a ventriloquistâ€™s dummy made in Steveâ€™s image whoâ€™s hellbent on stealing his soul. The less said about this, the better. 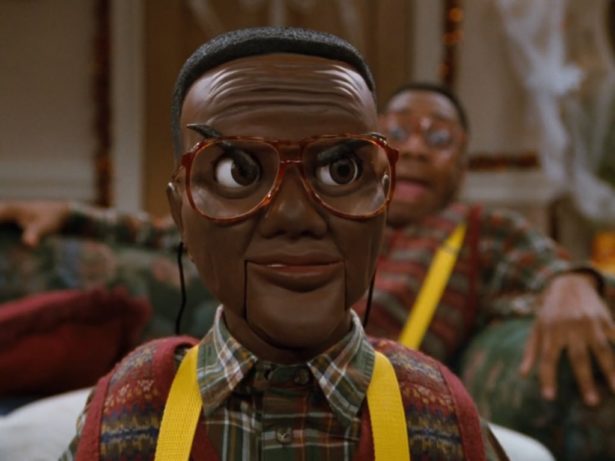 THE FRESH PRINCE OF BEL-AIR, â€œHEX AND THE SINGLE GUYâ€

First, take a moment to appreciate that punny episode name. Next, picture, if you will, a Fresh Prince episode in which Will makes a psychic angry enough to individually hex every member of the Banks family. (Carltonâ€™s fateâ€”bleached hair thanks to a botched Macaulay Culkin costumeâ€”is particularly cruel.) The show was just as good at goofs as it was sincerity; here, the silliness takes the spotlight. 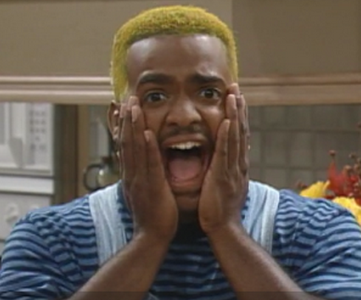 BOY MEETS WORLD, â€œAND THEN THERE WAS SHAWNâ€

Sex jokes, jump scares, and general hijinks abound in Boy Meets Worldâ€™s best Halloween outing, which sees the gang stuck in the school, pursued by a mysterious masked killer. Itâ€™s genuinely creepy, and itâ€™s got a good twistâ€”it is, of course, all a dream, Shawnâ€™s dream, but heâ€™s the killer and only wants to reunite the recently split Cory and Topanga. As with many BMW episodes, itâ€™s both funny and oddly poignant. 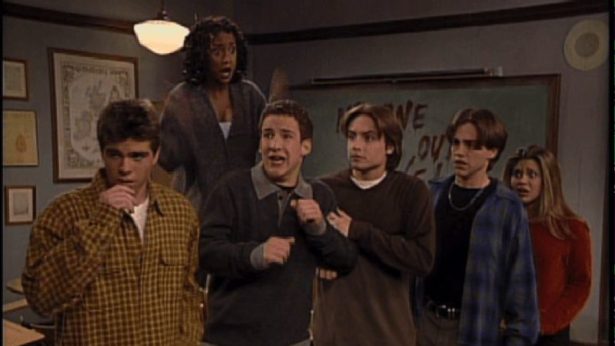 Given the length of its run (six seasons!), itâ€™s strange that Sister, Sister has been largely forgotten by those who made TGIF appointment television. It was a show that truly embraced the wackiness of ’90s sitcoms, and thatâ€™s obvious in â€œHalloween,â€ which follows Tia and Tamera to the Canada-U.S. border as they search in vain for a Halloween rave (which sounds awesome). They even make the evening news. Classic! 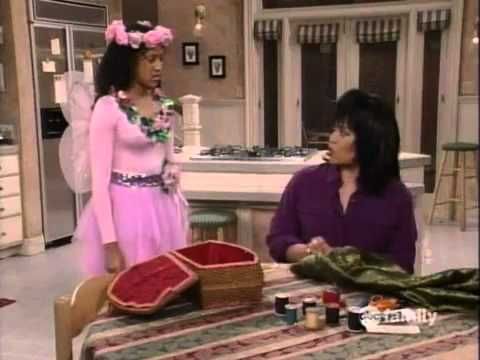 FRIENDS, â€œTHE ONE WITH THE HALLOWEEN PARTYâ€

Technically, this episode first aired in 2001, but Friends is so quintessentially ’90s it gets a pass. In â€œThe One with the Halloween Party,â€ Chandler and Monica host a soiree, Ross continues to be the worst with his hybrid Sputnik/potato costume (â€œSpudnik,â€ get it?), and Rachel is an absolute mess when it comes to interacting with children. Basically, itâ€™s Friends in costume. What more do you want? 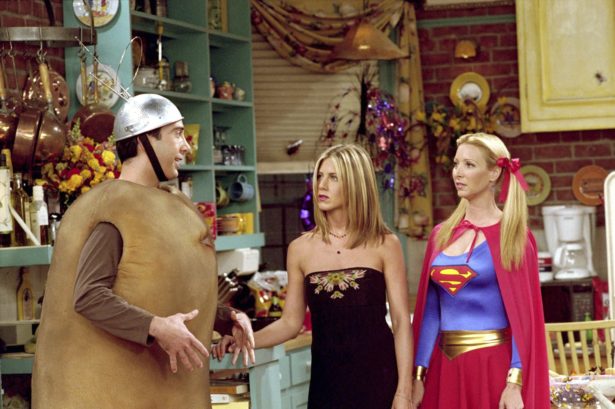 Before he was the Merc with a Mouth, Ryan Reynolds co-lead Two Guys as Berg. The role was usually fairly roteâ€”which is why â€œTwo Guys, a Girl, and a Psycho Halloweenâ€ is so delightful. Someone masquerading as Berg begins murdering his friends and colleagues and itâ€™s up to Pete to stop his best palâ€™s doppelganger. Reynolds has a lot of fun with the slaying, and the audience canâ€™t help doing the same. (Having fun, that is. Not murdering.) 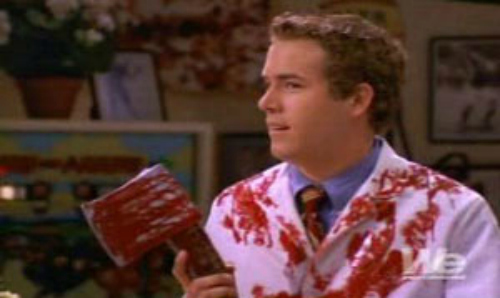 Roseanne perfected the art of the Halloween episode. Every one of its offerings couldâ€™ve made the cut, but for nostalgiaâ€™s sake, letâ€™s look at â€œBOO!â€ The second season episode documents a scaring competition between Dan and Roseanne and emphasizes the importance of Halloween to the Conner family through their production of a haunted house for trick-or-treaters. Itâ€™s full of the irreverent comedy the show was lauded for and a fun rewatch end to end. 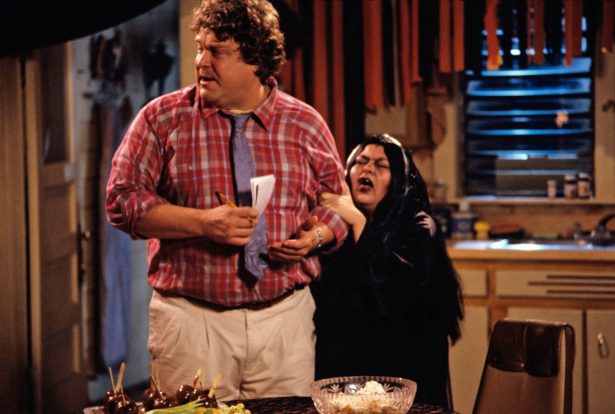 Ask anyone (me) who the most under-appreciated character on Home Improvement was, and theyâ€™ll cup their hands around their mouth and scream â€œMark!â€ at the top of their lungs. With Markâ€™s mall goth aesthetic and constant sarcasm, itâ€™s fitting that one of the showâ€™s terrific Halloween episodes would feature him making a horror movie that reveals his insecurities regarding his black sheep status. Itâ€™s silly, sweet, and spookyâ€”the perfect formula for a successful Halloween episode. 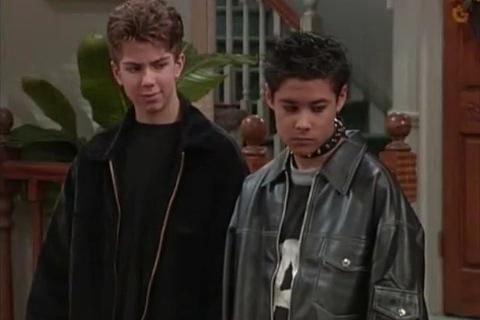 Why not dig into main charactersâ€™ daddy issues with an otherwise lighthearted Halloween episode? In â€œRoom Full of Heroes,â€ Frasier throws a party at which everyone dresses as their hero. Niles puts on his best Martin disguise, and things get awkward. Frasier often toed the line between funnily awkward and cringeworthy, and thatâ€™s exactly what it does here, and to great effect. 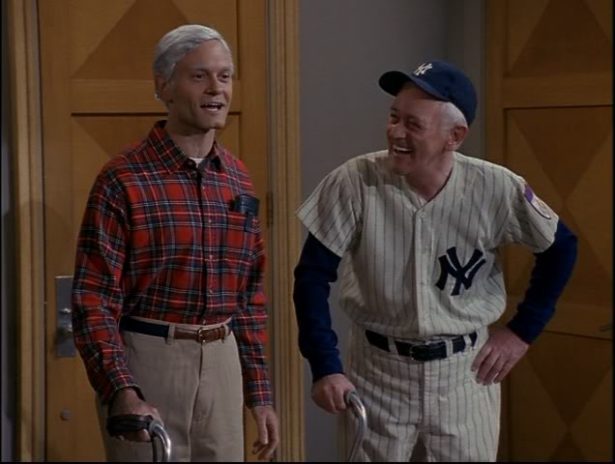 Whatâ€™d we miss? Let us know in the comments!

[brightcove video_id=”5596007280001″ brightcove_account_id=”3653334524001″ brightcove_player_id=”rJs2ZD8x”]Welcome to Nerdoween! Throughout the month of October, weâ€™ll be celebrating everything spooky, macabre, and just plain weird. Nerdoween 2017 is presented by Alpha, our interactive membership service, which offers you exclusive content from Nerdist and Geek & Sundry, as well as a 10% discount on all of our merch.