100 Jellicle Questions We Have After Watching CATS - Nerdist

100 Jellicle Questions We Have After Watching CATS

It’s finally happened. The biggest, most important, and most exciting film of the year has arrived. No, silly! We’re not talking about The Rise of Skywalker, we’re talking about Tom Hooper’s surreal fever dream adaptation of the classic smash Broadway musical Cats. Words can’t really get the magic of Cats across (though you can read our very positive review here) watching the CGI heavy story about a tribe of so-called Jellicle cats who have to have a dance off in order to be chosen to ascend to the Heaviside layer (heaven?) does raise some questions.

Here are the hundred biggest queries we have after watching this exceedingly strange and uniquely terrifying film.

1) What the f*ck is a Jellicle cat?
2) If there are Jellicle cats, does that mean there are other tribes of cats?
3) How exactly does a regular cat become a Jellicle cat?
4) Humans do exist in this world–we see one abandon Victoria at the beginning of the film–so how do they feel about these large/tiny monsters?
5) Has Cats ever been sued by Popsicle or Jell-O brand snacks for their Jellicle name?
6) Why did Tom Hooper think this movie would work with all that awful CGI?
7) Seriously, the costumes are so iconic. Why wouldn’t you just spend $100 million dollars on those and some nice-to-look-at sets?
8) Did this movie really cost $100 million dollars?
9) How many times will you have to leave the theater to stop laughing and catch your breath during Cats?
10) Why was that one actress playing a gray cat in a completely different, emotional, and completely serious adaptation?
11) How many Razzies will Cats win? 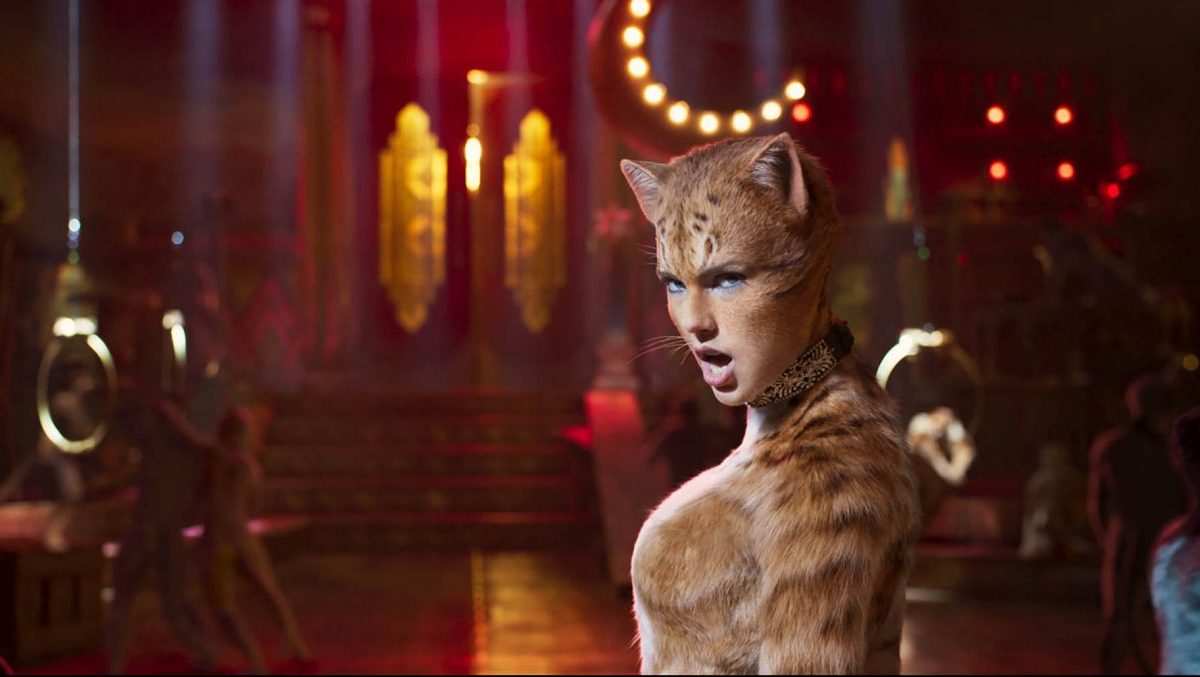 12) Why do they keep talking about what “Jellicles do” when it’s totally unclear what they do except for constantly reintroducing themselves to each other?
13) Did you realize that Cats is a musical made up entirely of introductory songs?
14) Where do the Jellicle cats get their cat names?
15) Is it the graveyard? Because if so, the humans in this world have weird names.
16) What was Victoria’s secret cat name?????????????
17) What is a Gumby cat?
18) Has Andrew Lloyd Webber actually ever seen a cat?
19) Speaking of which, has Tom Hooper ever seen a cat?
20) Is Cats the new The Room?
21) Is there an alternate reality where Cats beat Star Wars at the box office?
22) Why was the wrong cut of Cats released to theaters with unfinished fx work?
23) Did you see Judi Dench’s human hands?
24) In ten years, will Cats super fans be petitioning Universal to release the “Hands Cut”?
25) Will you back my Indiegogo to release the “Hands Cut” on 4K Ultra HD Blu-ray?
26) Speaking of which, why did all of the cats have human hands? Is it a Jellicle thing?
27) Why did they put CGI collars on the characters instead of real collars?
28) Why did Tom Hooper insist on making the cats a third as big as the sets? 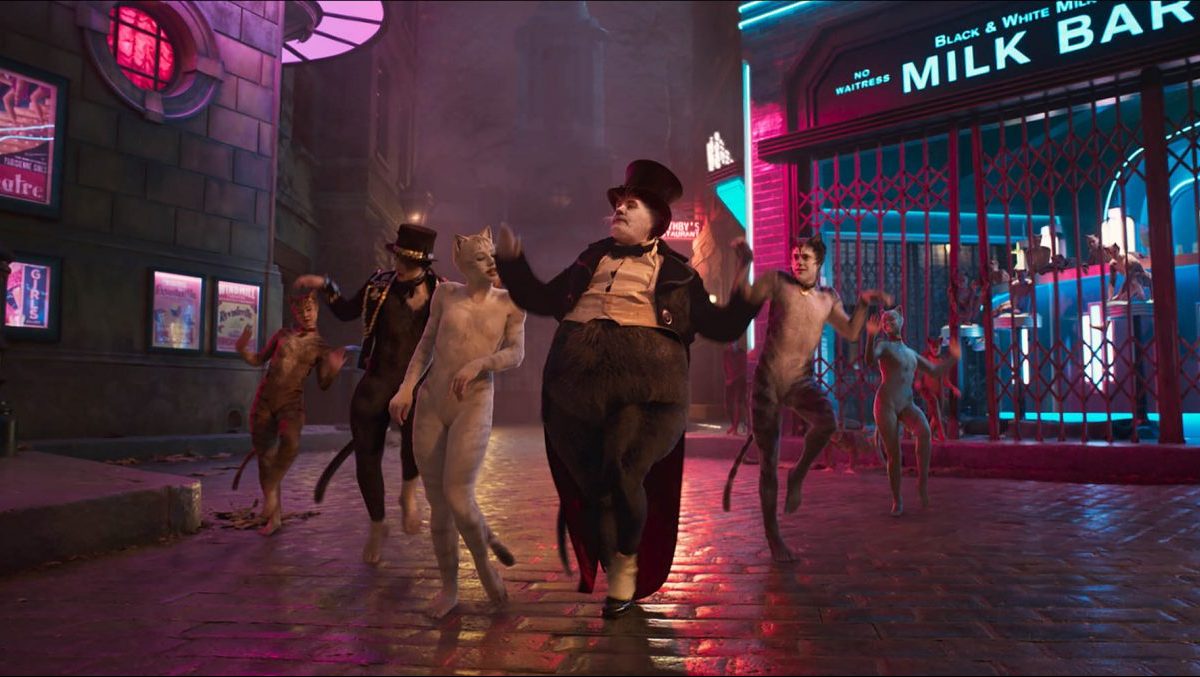 29) Where on Earth did he get that scale?
30) Is the Heaviside layer heaven?
31) If it is, does that mean that the Jellicle choice has to die to get there?
32) Does that mean Jennifer Hudson’s Grizabella was sacrificed?
33) Is Cats actually about human/cat hybrid sacrifice?
34) Who made Judi Dench’s Old Deuteronomy the Queen of the Jellicle Ball?
35) Is Old Deuteronomy immortal? Apparently she’s lived 99 lives…
36) Who will take over the Jellicle choice after Old Dute?
37) Why do they want a second life? They apparently have the run of weird London.
38) Also, when is Cats set? They keep talking about Queen Victoria, so…
39) What kind of magic gives all of these cats human faces? Is it a curse? We think it’s a curse.
40) Is Idris Elba’s Macavity meant to be the devil?
41) If so why do all the cats keep falling for his schtick?
42) How did Macavity get the power to turn cats to dust/teleport them to his barge?
43) Where did he get a barge?
44) Did you know Ray Winstone was in this movie?
45) We didn’t either. It’s as good as you imagine, but does he die at the end?
46) Why does Macavity want to go to the Heaviside layer layer so much?
47) Have any of the Jellicle cats met before the night of the Jellicle Ball?
48) How old is Victoria meant to be? Because she looks creepily young.
49) Why are they doing a patch to fix what is a near perfect movie?
50) How did this chaotic madness ever actually get released? 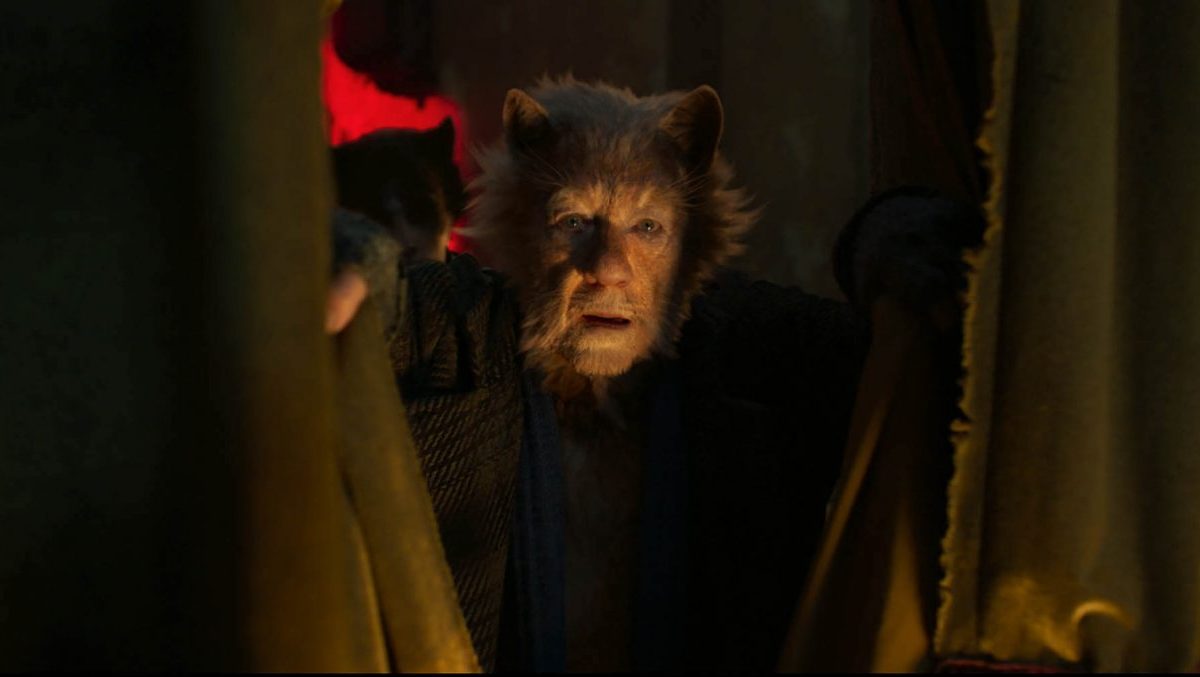 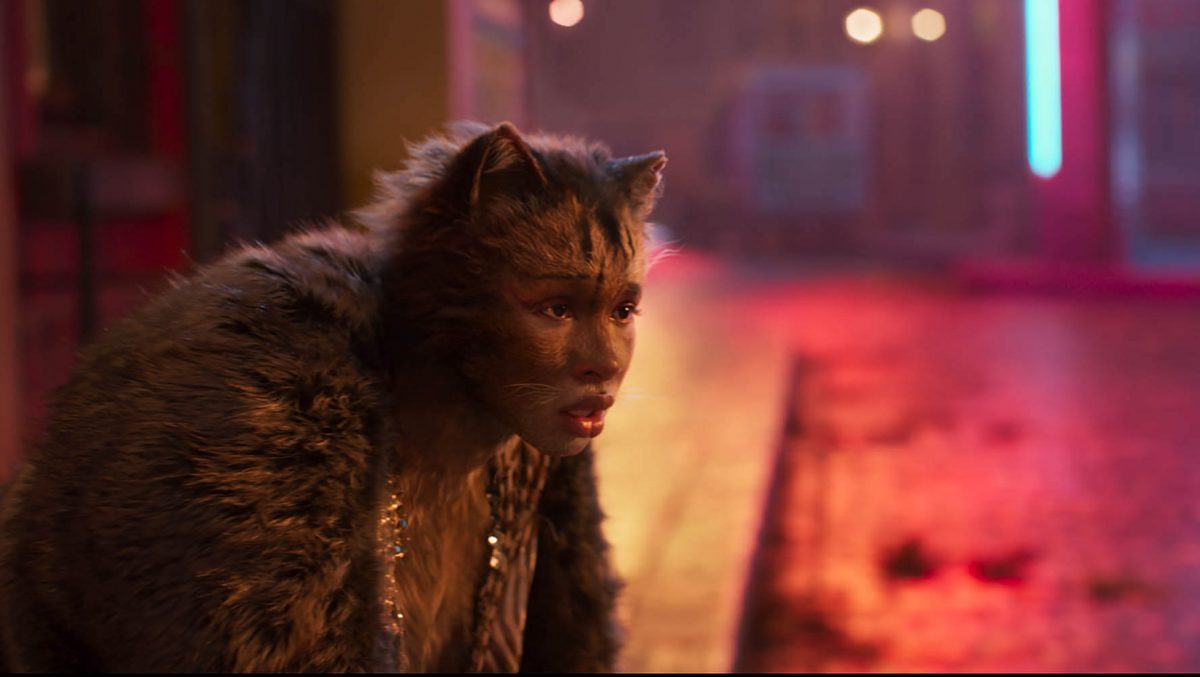 72) Jellicle… humans????
73) Do each of the separate groups have their own Jellicle Ball?
74) Why are the Jellicle cats so good at dancing?
75) Is their entire economy built on the performing arts?
76) They mention money, but how would they earn or spend it?
77) If there is Jellicle money does that mean there are Jellicle jobs?
78) If there are then are there Jellicle hobbies?
79) They say that a cat like Macavity can never reach the Heavyside layer, but the question is why? If the Jellicle leader judges by cats souls then how can they know that one day a cat like Macavity won’t be the right soul to go to the  Heaviside layer?
80) Remember that bit when Macavity magicked away Ian McKellen and said “Macavity?”
81) What was Ian McKellen’s whole deal?
82) Was Old Dute married to Ian McKellen’s theater cat?
83) That was a joke about the OG cut of Cats.
84) What can Jellicles can and do?
85) How did Rebel Wilson unzip her own skin… TWICE?
86) Do you know how to get to the Heaviside layer?
87) Why did Rebel Wilson cat have clothes under her skin?
88) Why do all the mice in this world have children’s faces?
89) Are they Jellicle mice?
90) Why are all the cats so horny yet chaste?
91) Why did Skimbleshanks want to go to the Heaviside layer when he clearly loves trains and being in charge of them? Also, did he really think that song showed his soul?
92) How many Jellicle cats are there in total?
93) Can the Jellicle cats have kittens or are they just all special abandoned/house cats?
94) Can you look at a king?
95) Would you sit on his throne?
96) If you were a Jellicle cat, what would your name be?
97) Will Cats get a sequel? We really want one.
98) Will Tom Hooper’s career ever recover?
99) Was Thundercats just ripped off from Cats??
100) Will Tom Hooper make a Zoobilee Zoo movie next?