A few days ago, Akira Toriyama dropped a spirit bomb of an announcement on us all. There will be a new Dragon Ball series and it will begin airing (in Japan) this very summer. The series is currently being called Dragon Ball Super, though that translation has yet to be set in stone. The setting for the show is the aftermath of Goku’s ridiculously long battle with Majin Buu, during a time of fragile peace.

What with the release of 2013’s Battle of Gods and this year’s Resurrection F, you could almost swear that the 1990s had somehow figured out time travel and supplanted modern day. Make no mistake: Dragon Ball’s return is real, and that is awesome. There’s just one thing I’m worried about (well, ten actually):

Sometimes when the things we loved as children make a comeback, they don’t quite hit the mark. When that happens, these wayward reimaginings of our youth can actually poison the memory of their predecessors. Thankfully, there’s no sign that Dragon Ball Super will do anything of the sort. In fact, as long as the following ten Dragon Ball traditions remain unbroken, then I think we’re all gonna be in for a great ride. 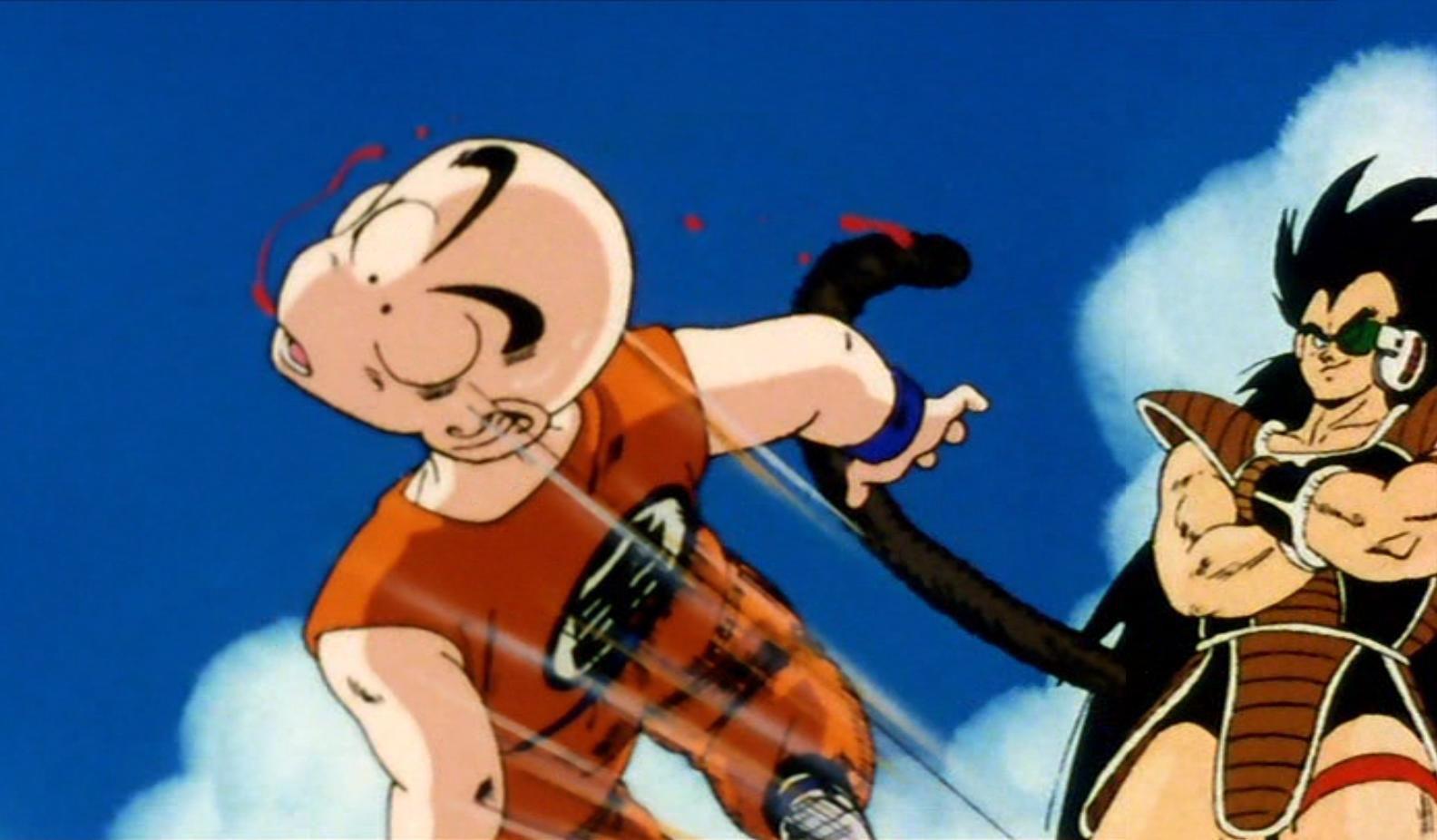 1. Krillin gets owned. Ok, this is important. Krillin’s shortcomings as a fighter are as central to Dragon Ball as Goku’s ability to shovel unlimited amount of food into his ab-riddled belly. If Krillin doesn’t take a beating at least two or three times during the run of Dragon Ball Super, it doesn’t count as canon. 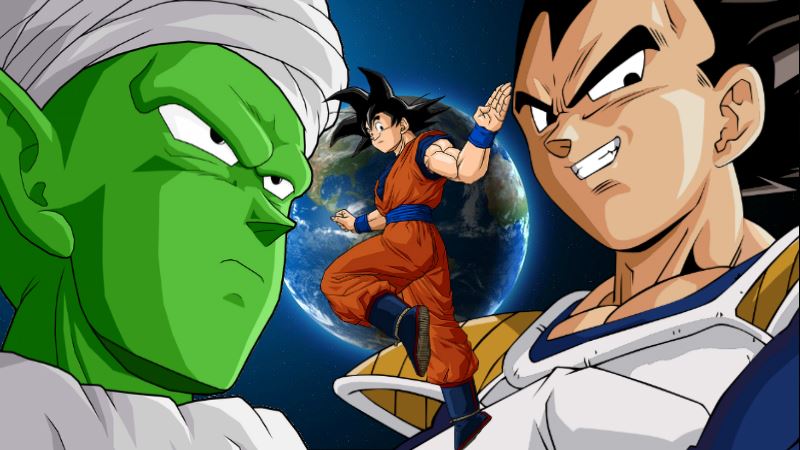 2. Piccolo and Vegeta upgrade dramatically, to no effect. So, besides Frieza and that whole “blowing up their world” thing, Piccolo is pretty much the reason there aren’t nameks around. Dud just cannot stop fusing with them. And Vegeta is practically Goku’s understudy. Their overall impact due to these epic gains in power: basically nothing. 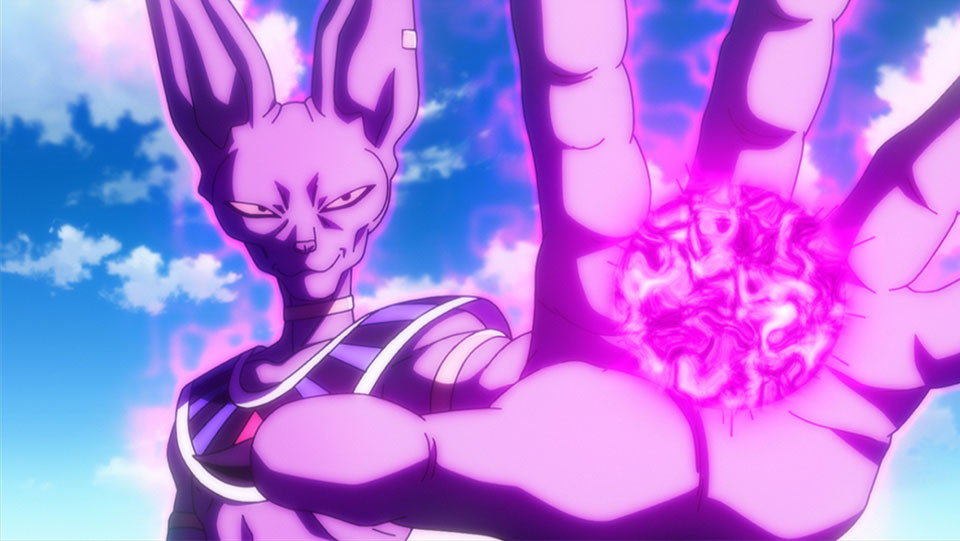 3. The bad guys get cuter the stronger they are. This is Beerus, the God of Destruction, from Battle of Gods. Nobody but nobody messes with him. The thing is, he should kinda be named something more like The Purple Kitten Of Supes-Adorbs Oopsie-Death. The first time we meet him, he legit licks himself and then does a Looney Tunes gravity-defying prat fall. Also, the baddies that change form tend to become cuter as they do so. See Frieza, Cell, and Buu for further evidence. 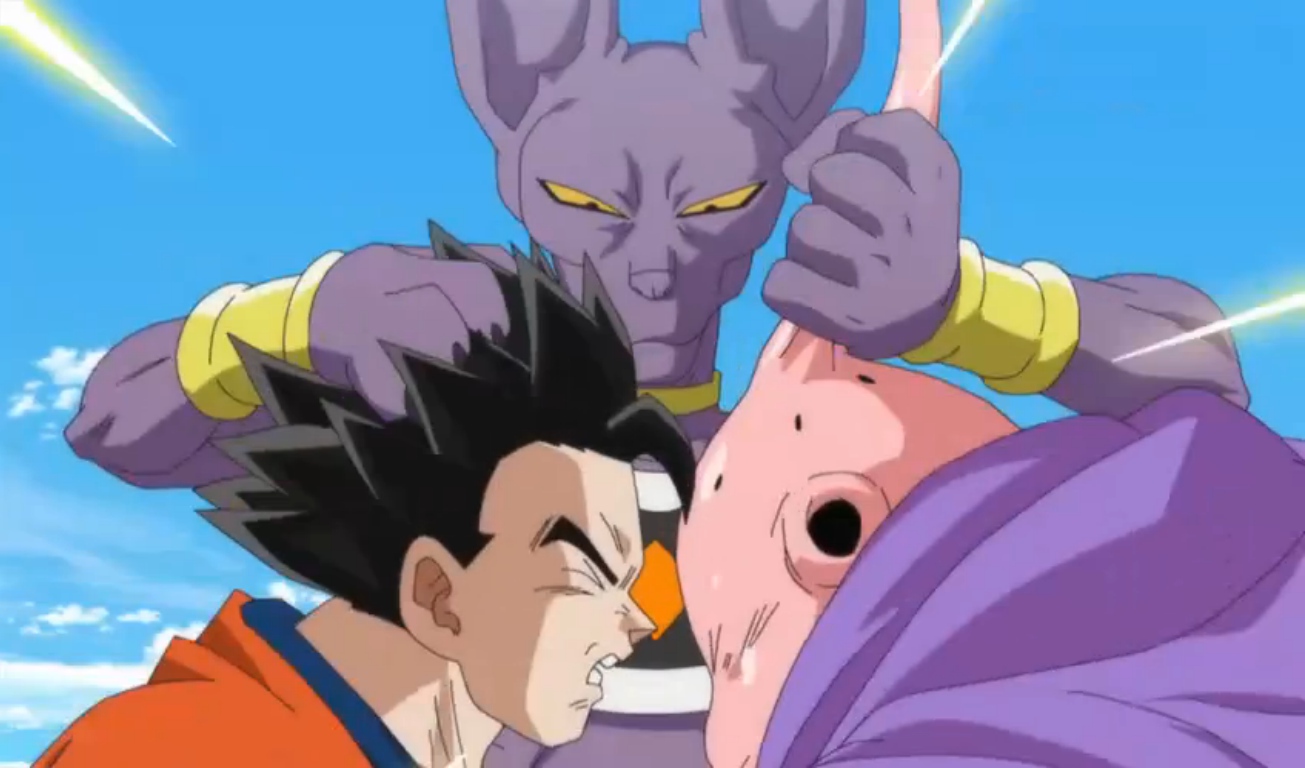 4. Past villains are our friends now, and also inexplicably wimpier. Here’s a fun little image, also from Battle of Gods. Pictured are Gohan (we’ll get to him later) and Majin Buu. These two get owned in just about 10 seconds flat, despite that it initially took the whole of the Z fighters something like 60 episodes to deal with Buu the first time. For more evidence of this tradition, see: Piccolo, Vegeta, Frieza, etc. Basically, the next time we see The Purple Kitten Of Supes-Adorbs Oopsie-Death, he should basically be a house cat. 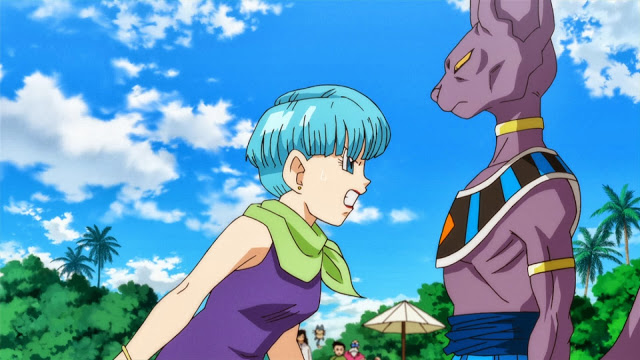 5. Bulma’s entitlement knows know bounds. We have to hand it to Bulma. If she hadn’t invented the Dragon Radar and set off to wish for a lifetime supply of strawberries (later a perfect boyfriend), we would never have met Goku at all. That said, she’s also the most ridiculously entitled person ever. Here she is gnashing her teeth at The Purple Kitten Of Supes-Adorbs Oopsie-Death, who is basically already looking for an excuse to obliterate the Earth. Keep that ‘tude, Bulma, we love you for it. 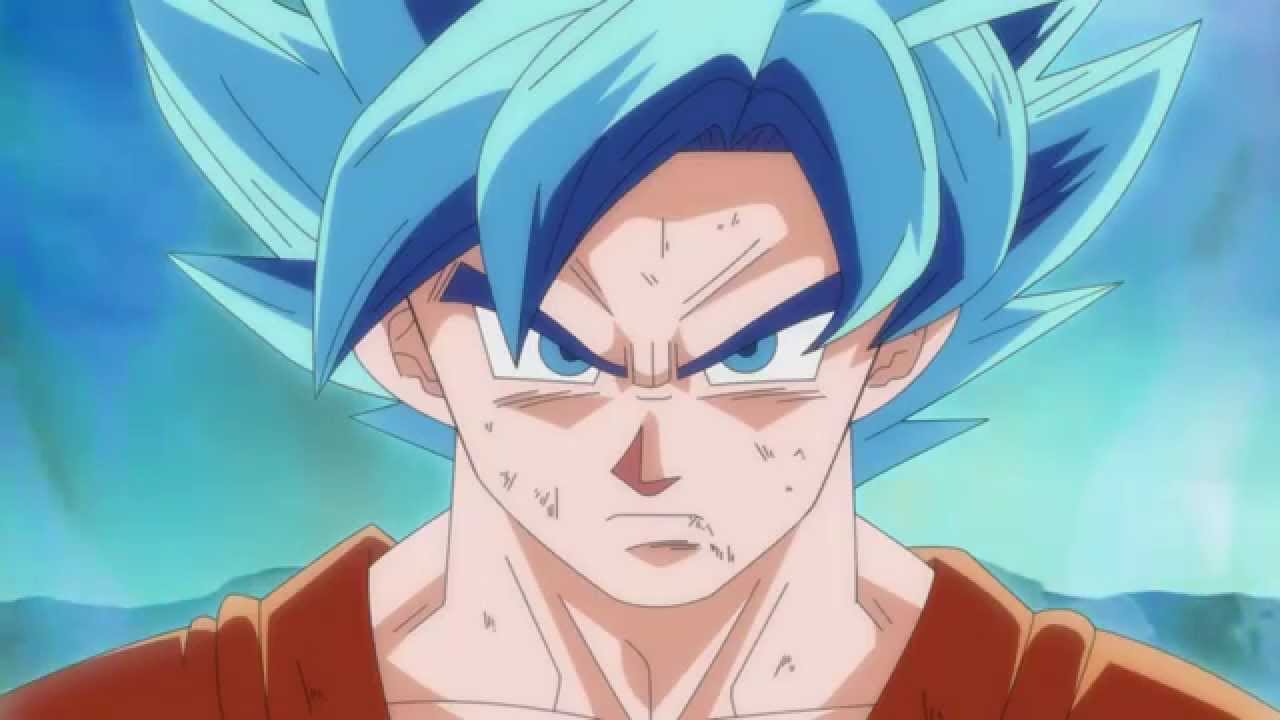 6. Precident for further levels of Super Saiyan is set and immediately met. Ever since Goku’s hair first went blonde, we’ve been hearing stories of him having achieved the holy grail of all saiyandom. Personally, I can’t wait to see what Super Saiyan God Super Saiyan 3 looks like. 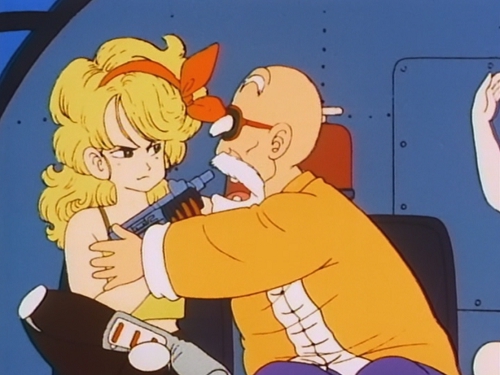 7. Master Roshi letches it up. This guy. You just gotta love Roshi. He’s at once the ancient martial arts master who teaches Goku the kamehameha wave and the total creeper who trades Bulma a dragon ball for a look at her junk. If he ever stopped poorly hitting on any and all women, I just don’t think the world would be the same. 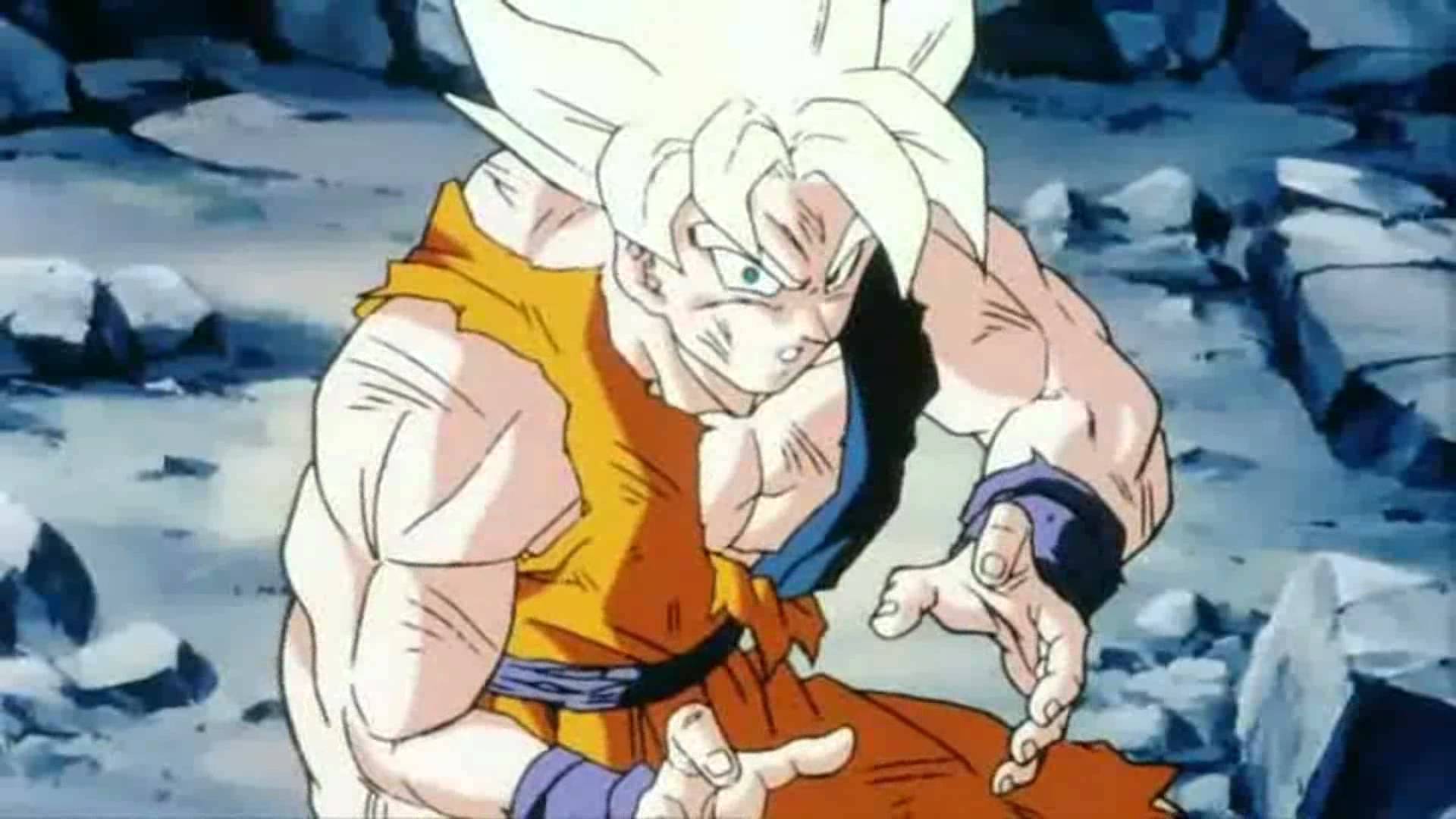 8. Goku nearly dies, still not using his full strength. Pretty much every fight Goku has ever been a part of starts with someone proving to him that they threaten all human existence. He then powers up to about 15 percent and gets owned for a few episodes. There’s an art to the building up of suspense, and for Dragon Ball this is a key ingredient to that process. 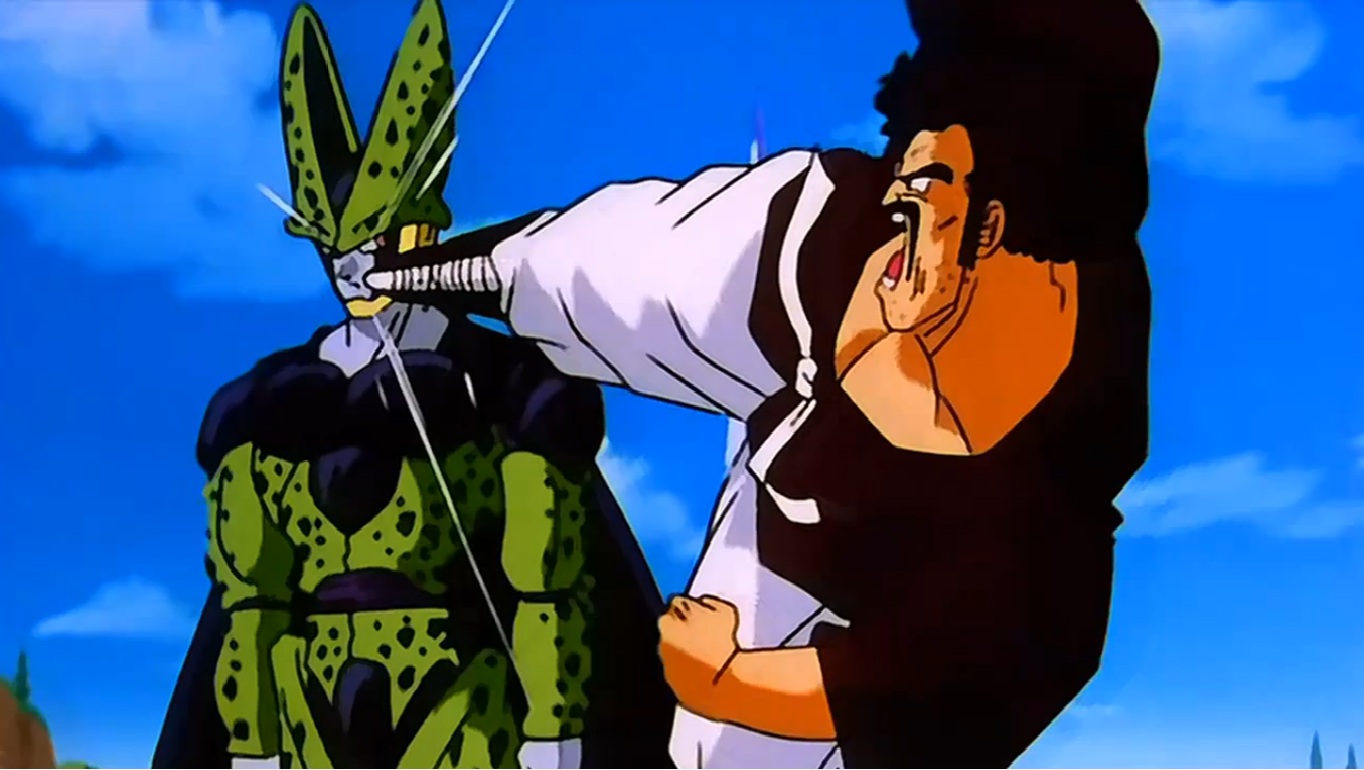 9. Hercule wastes everyone’s time. Apparently, Hercule (or Mr Satan as he’s known there) is beloved in Japan. For me, each appearance of his heralds shenanigans that will surely amount to nothing. I’d actually be upset with that, except that basically all of the other characters in Dragon Ball are just as done with his crap as I am. As long as he’s more scenes like the one above, Hercule can stay. 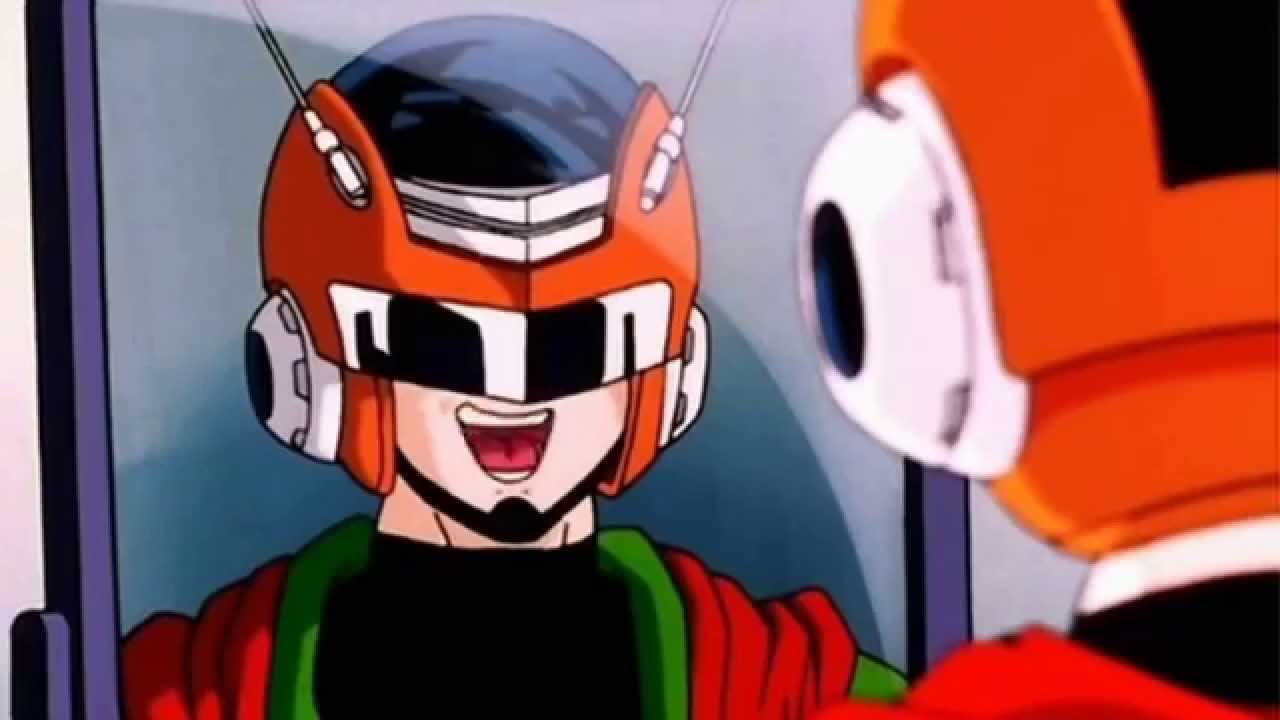 10. Gohan continues to disappoint. Remember when this kid totally surpassed his dad and defeated Cell? Every moment before and after that one shining day, Gohan has sucked. We forgave him as a kid because, well, he was a kid. Nowadays, I’m pretty sure Gohan was a one-hit wonder. In fact, if he ever stops being the family embarrassment, I’ll be strangely upset.

Ok all, that’s it for my wish list. What are you most looking forward to from Dragon Ball Super?