BATMAN BEYOND Getting Blu-ray Box Set

Updated: 07/18/2019 Batman Beyond might not get nearly as much love as its parent show Batman: The Animated Series, but creators Bruce Timm, Alan Burnett, and Paul Dini’s sequel series was a worthy followup that expanded on the world created in the original in ways that the comics never had.

Just announced at San Diego Comic-Con, at a panel celebrating Batman Beyond, the show is getting its first ever Blu-ray box set. It’ll bring together all 52 episodes of the series along with the spin-off movie Batman Beyond: Return of the Joker, transferred to HD for the very first time. 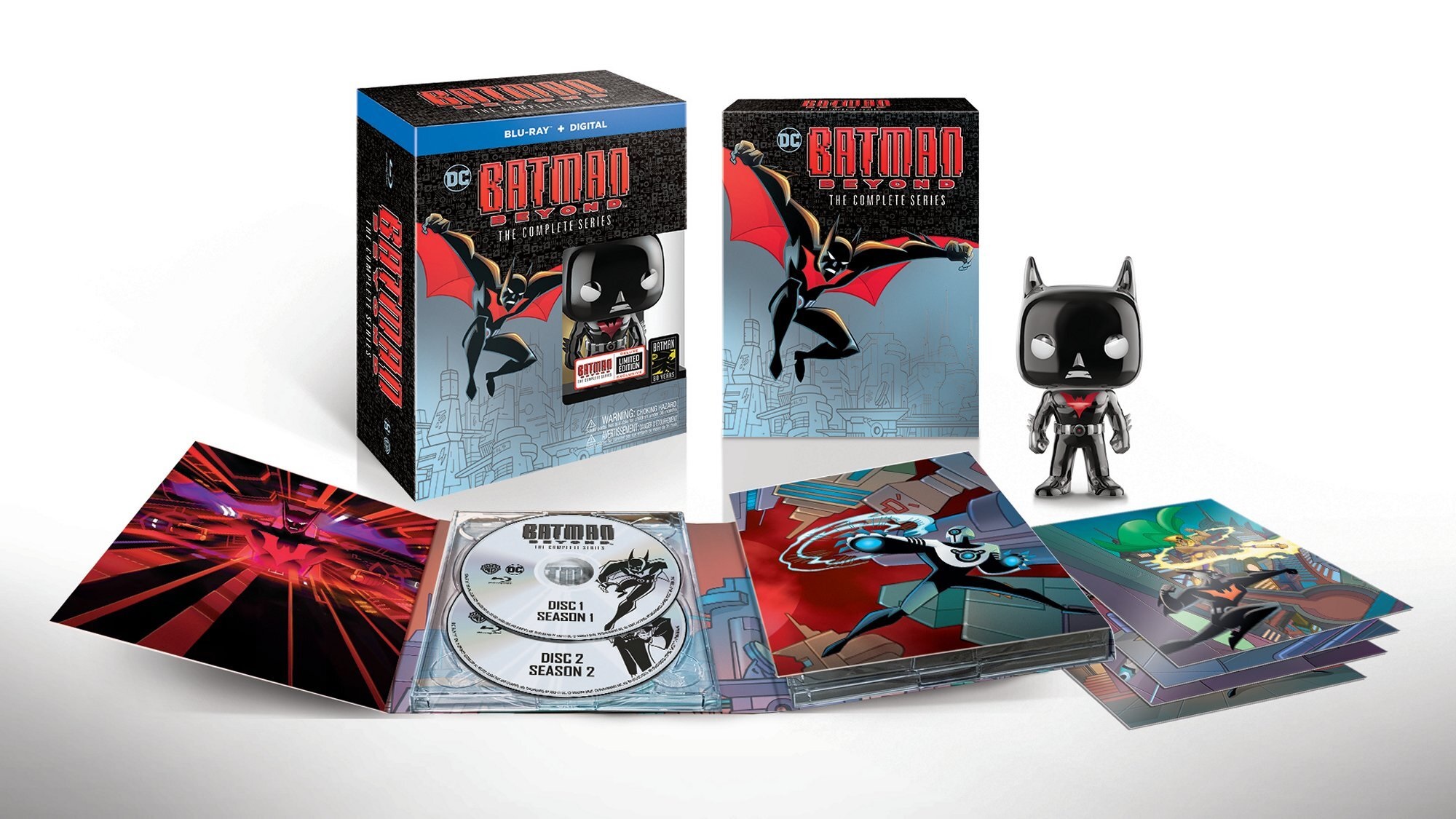 The other all new featurette is “Knight Immortal,” a celebration of Batman’s 80 years of crime fighting excellence. Not sure what that means, but there we go.

The Batman Beyond HD set will be available digitally on October 15 and on Blu-ray October 29.

And now, let’s revisit some of the best episodes from its three-season run. Here are our picks for the ten best episodes, beginning with the one that started it all back in January of 1999. 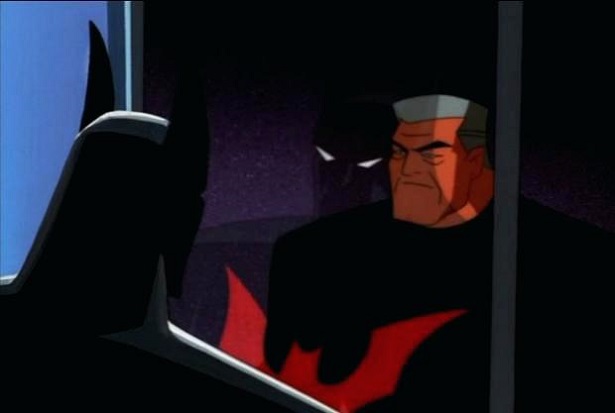 The first two episodes, written by Batman: The Animated Series veterans Alan Burnett, Paul Dini, and Stan Berkowitz, aired as a one-hour “movie” in January of 1999, and created one of the best first episodes of the entire DCAU. In a mere 40 minutes, we are introduced to Terry McGinnis, “Old Man Bruce,” and the entire future landscape of Gotham City. Add another hour to this, and “Rebirth” would make for the perfect template for a live-action Batman Beyond film. 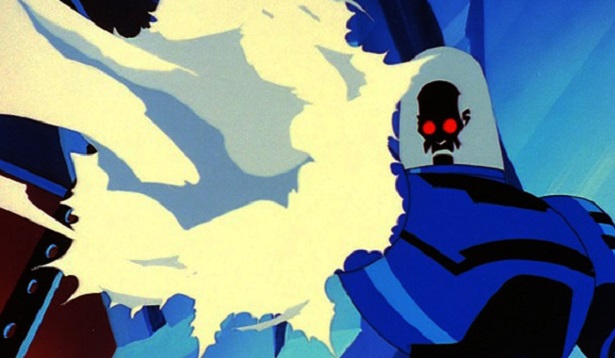 One of the more delightful aspects of this series was seeing what happened to various characters decades after we left them in B:TAS. While most of the old Batman Rogue’s gallery is dead in the future, one still lives: Victor Fries, a.k.a. Mr. Freeze. Once again voiced by Michael Ansara, we see how his story is brought to its fittingly tragic conclusion in Neo Gotham. 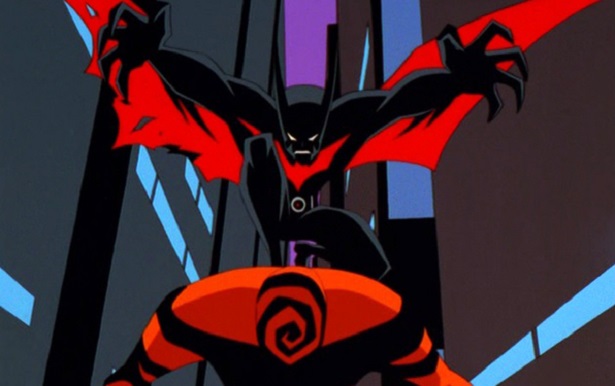 Although the original B:TAS gave us brilliant interpretations to classic Batman villains, Batman Beyond took lesser known bad guys from the comic book history, gave them cool new designs and origins, and made them into adversaries for Terry McGinnis instead. One of the coolest of these was Spellbinder, who used mind control on his victims, specifically the students at Terry’s high school. 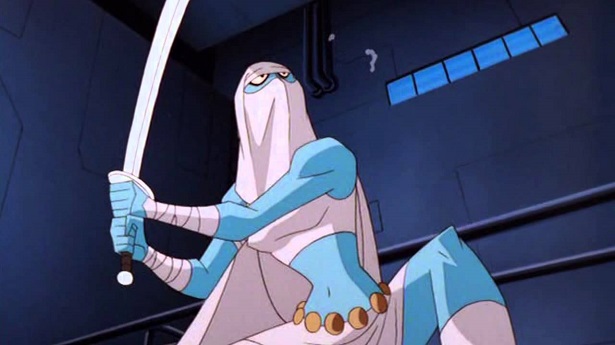 Every superhero worth their salt has that one villain who is an unstoppable assassin-type character, who tests their mettle like no one else in battle. For Terry McGinnis, that adversary was Curaré, a blue-skinned member of the Society of Assassins who never missed her target… until Batman, that is. Of the new villain introduction episodes of Batman Beyond, this is one of the best.

“Out of the Past” 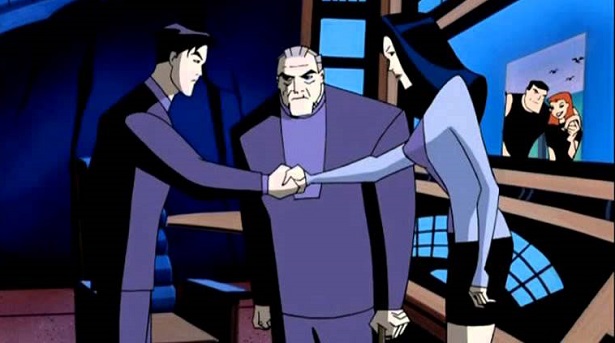 Given that Batman Beyond takes place when Bruce Wayne is an octogenarian, not a lot of his former villains alive in the timeline of the show. But this episode revives one particularly significant and dangerous character: Bruce’s former love Talia, looking as young as ever. But she’s carrying a truly startling secret, one concerning her villainous father, Ra’s al Ghul. This one has a pretty disturbing ending. 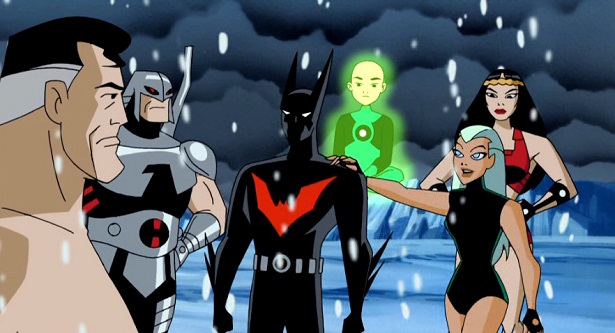 Another standout chapter from the third season introduces us to Superman, who has aged much better than Bruce thanks to his alien DNA. When Supes offers Terry membership in the Justice League Unlimited, the starstruck kid says yes, before realizing there is more to this offer, and Superman, than meets the eye. This is also the first mention of a “Justice League Unlimited,” foreshadowing their own animated series by four years. 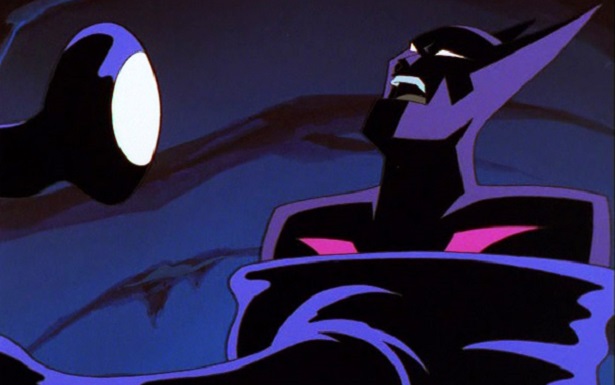 Another standout early episode, which introduces us to Inque, a villainess who is a combination of classic Batman villain Clayface and his femme fatale enemies like Catwoman and Poison Ivy. Like all good Bat-villains, Inque has a tragic backstory that makes us feel empathy for her plight. This episode also has a great visual callback to the classic B:TAS episode “Beware the Gray Ghost” that alone makes this one worth the price of admission. 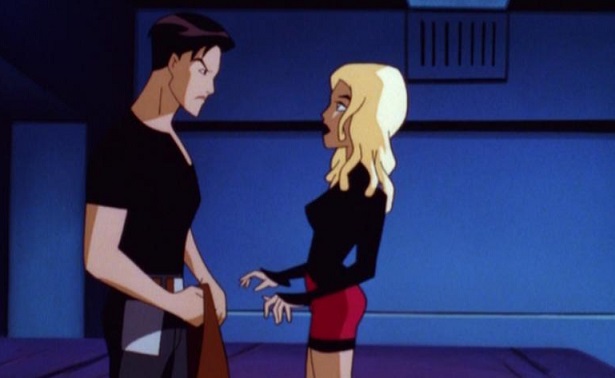 Although Dana is Terry’s true-blue girlfriend for most of the series, when the two break up for an episode, Terry gets involved with a mysterious young girl with a dangerous family… who just so happen to be Batman’s enemies the Royal Flush Gang. A nice “star crossed lovers” story with an almost film noir-ish feel. 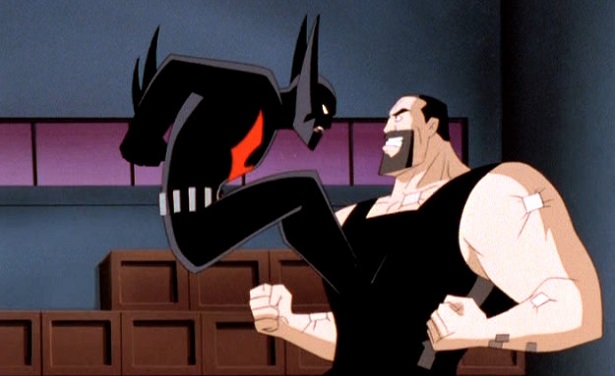 Every high school-centric show for kids back in the day had to have a drug awareness episode, and Batman Beyond was no exception. But Bruce Timm and company found a way to make this one less preachy and legitimately compelling. They also found a way to tie the whole thing into a classic Batman villain. Bane makes his return, only not in any way one would expect.

“Ace in the Hole” 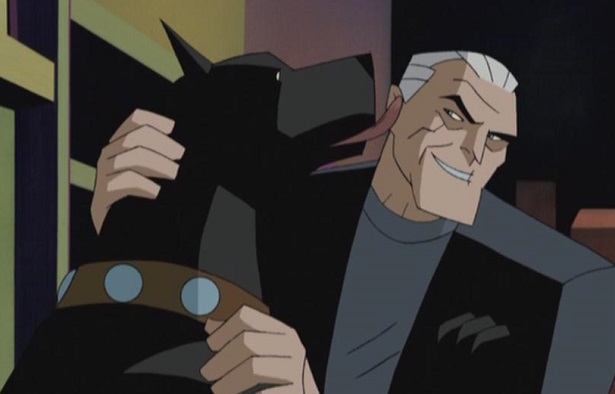 Bruce’s black Great Dane Ace, who was named for “Ace the Bat-Hound” from the 1950s, was shown as his loyal dog companion since the pilot. But in this heartwarming second season episode, we learn the origin story of Ace, how he was saved from a dog-fighting ring, and how it all ties in to Bruce Wayne’s yearly pilgrimage to Crime Alley.