Turns out, anime and Game of Thrones share an almost warg-like connection. We rec’d five fantasy titles that are just as dark and brutal as the show, and readers’ responses were warmer than Queen Dany at a Khal-beque. If they love getting their hearts ripped out, week to week, then it seems they want ’em ripped out even more often, and from at least five different angles. Readers concurred, most fervently, with our list’s inclusion of Berserk and Claymore.

Stanley Bowles : “I’ve only seen about half dozen anime, but I loved Claymore. It was one of the first I saw and it made me really excited for more.”

William Goff : “Oh Berserk, like a beautiful Greco-Roman nightmare from the depths of my total darkness.”

Chris Morgan : “Yeah. Claymore is not your “feel-good” show of the year.”

However, many were quick to point out that both titles’ manga versions are better. In a way, it’s refreshing to see “book vs. show” arguments aren’t just the purview of George R. R. Martin adaptations.

Sarah Ivey Kellum : “I know people say this a lot about manga, but the Claymore manga is way way better than the anime.”

Joseph Sawczyn : “no no no….Claymore anime is no good. The manga is what you should be looking at instead.”

Caleb O’Keefe : “It’s sad to see both Berserk and Nausicaa on here for their anime. These two both have manga which are so vastly superior there is no comparing them to their anime.”

Adam J Chenevert : “Two of these (Claymore and Berserk) don’t really finish the story in the animes, the manga has more. “

If readers saw glaring omissions, though, we challenged them to suggest better picks–and they rose to that challenge. Out of the dozens of suggestions in our talkback, these are the three that fit best. Those still itching for swordplay and cynicism in equal measure will find a satisfying scratch in this trio. 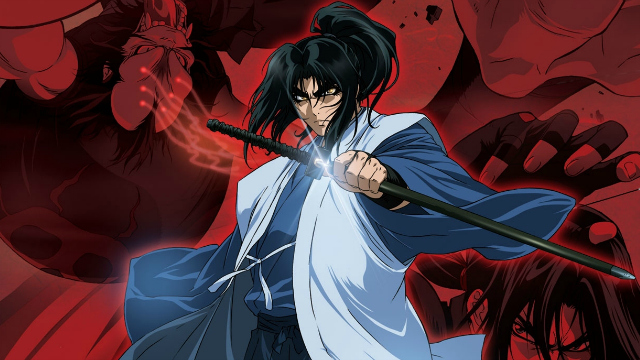 Chris Rockwell : “It’s not quite fantasy but Basilisk is pretty brutal.”

Jessica Kwasny : “Basilisk was the first brutal anime I watched and a favorite to this day.”

Showing how “games of thrones” occur throughout all traditions, this adaptation of Futaro Yamada’s classic novel sees two rival ninja clans war over who’ll inherit the shogunate (“kingship”). What’s the only fair way to settle such an argument? Obviously, a deadly tournament–much like Tyrion’s preferred “trial by combat” process–wherein ten master warriors fight as proxies for heirs claiming the crown.

Blade of the Immortal 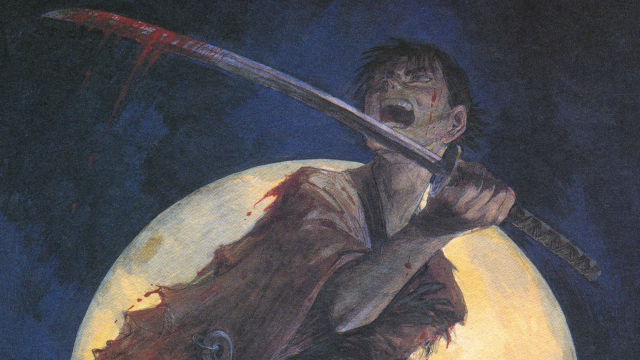 Mike Fantacone : “Blade of the Immortal was very brutal and dark, why is it not on the list and Nausicca is?”

Brooding Jon Snow might think he has it tough–being brought back for another life of pitiless combat– but his sorrowful affliction hardly compares to Manji here. In repentance for his wicked crimes, he’s cursed to live forever until he slays 1,000 evil men. That might not sound like an awful deal, but the swordsmen’s existence isn’t actually much of a life. He’s kept alive by worms that continually stitch him back together. Eesh. Like Beric Dondarion, you’d envy mortal humans, too. 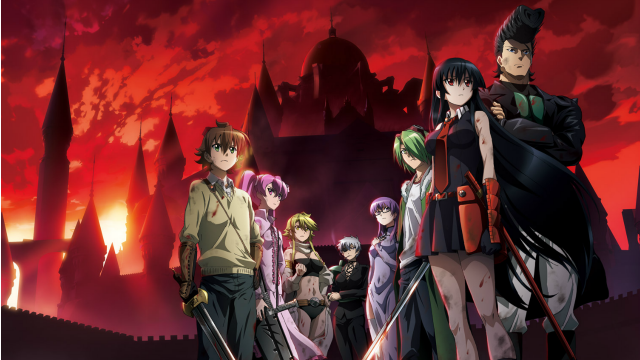 Granted, when the leads include a sniper and a lady wielding giant scissors, there’s generally less interest in historical realism than in Westeros. Still, this show has a keen interest in subverting tropes, too. Much like Thrones tricked us into thinking it was about true blue Ned Stark, Akame ga Kill follows a small town boy who’s too pure-hearted and simple-minded for his own good. After getting ripped off and conned in quick succession, he must lower his standards and throw in with a reprehensible band of assassins he previously looked down upon.

Any more Thrones-esque anime deserve a rec? Fill up the talkback with suggestions. As you’ve seen, we read all your comments. And sometimes we’ll even feature them here.