You Can Compete to Be the Next MAGIC: THE GATHERING World Champion - Nerdist

You Can Compete to Be the Next MAGIC: THE GATHERING World Champion

Wizards of the Coast has announced your path to Magic: The Gathering glory! The new Magic Esports program offers players worldwide the opportunity to win $1 million through multi-platform tournament play. Wizards of the Coast is planning seven tournaments, called Mythic Championships, which kick off this month. Here’s Director of Esports, Bear Schmiedicker, to lay out the points changes and what the year has in store for players.

Championships are held both in real life in Ohio, England, Spain, and Virginia, and online in three different MTG Arena tournaments later this year. With a Magic World Championship in December with 16 players battling it out for a prize of $1 million in the grand finale, that’s an incredible total of $10 million waiting to be won in this year’s prize pot.

One slot in the World Championship goes to Javier Dominguez, the 2018 Magic World Champion. The remaining spots are given to the winners of each of the seven 2019 Mythic Championships (four tabletop and three MTG Arena), the top four spots with the most Mythic Points in the Magic Pro League (MPL), and the top four non-MPL challengers with the most Mythic Points. 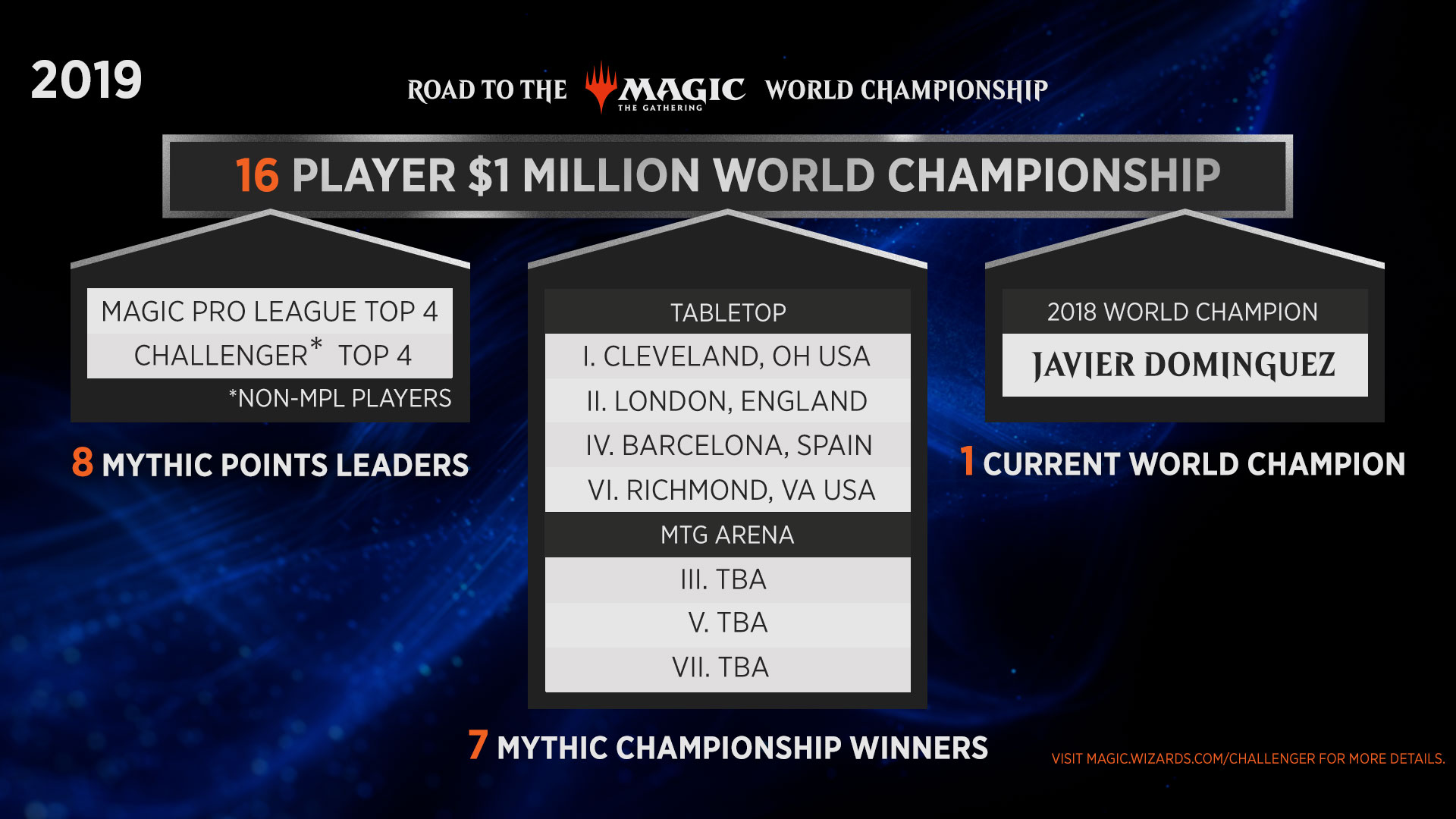 Mythic Points are earned through competitive play at Mythic Championships both online through MTG Arena and the tabletop game. (Wizards of the Coast lays out the points on their website so you can start your planning for Magic domination now.) This year’s events are the culmination of efforts by Wizards of the Coast to make Magic: The Gathering competitive play more open and available to players worldwide.

The first Mythic Championship is being held the weekend of February 22 – 24 in Cleveland, OH! Tune into  twitch.tv/magic starting on February 22 at 9 AM Eastern to catch all of the action firsthand if you can’t be there in person.

If you could win prize money by playing any game of your choice, which one would you pick? Tell us in the comments.