The developers at Renegade Kid are no strangers to old-school game design. A couple of years back, they released Mutant Mudds, an engaging side-scrolling adventure where a kid with a squirt gun acts as the last line of defense against an invading force of muddy aliens. The game gathered a huge cult following after its release, mainly due to its challenging level design and entertaining presentation.

But there’s more where that came from, as Renegade Kid recently followed that release with Xeodrifter, a game that originally found a following on the Nintendo 3DS and Steam. It has since made its way to the Wii U, where many players first discovered Mutant Mudds – so this feels like a homecoming, of sorts.

This sci-fi adventure has many similarities to Mudds‘ design, as it’s decidedly 8-bit in both visuals and sound, looking like something that was home brewed for the 8-bit Nintendo. It also harkens back to the older days of Nintendo’s older Metroid games, relying just as much on exploration as it does on shooting baddies throughout a stage.

Xeodrifter puts you in control of an astronaut who finds his spaceship damaged after running into an asteroid. He sets down on a nearby planet, which is connected to three adjacent planets, and seeks out the proper parts needed to repair his shift. As with other games of this type, the search for these won’t be as easy as planned, but that’s part of the game’s design. 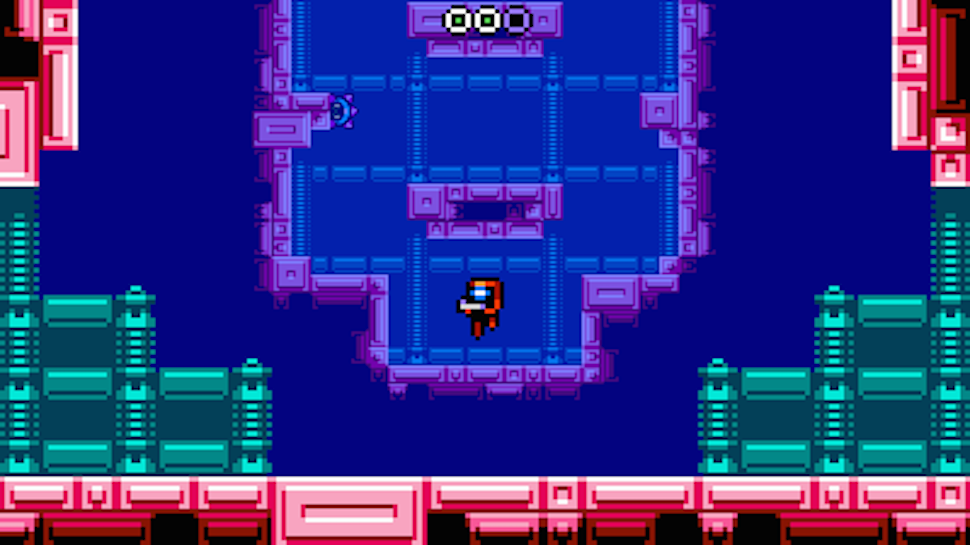 As you proceed across each planet, you’ll be able to equip your astronaut with new weapons and abilities that will enable them to continue your journey, like a speed-up option to get through lava pits. This will take a bit of exploring, however, as well as facing boss enemies that require a great deal of firepower to bring down. Fortunately, the game is more than fair with its checkpoint system, and you can explore the planets however you please – a great aspect that gives Xeodrifter a “wide-open” appeal.

The game does provide a challenge in some places, and sometimes you’ll die and have to restart at the checkpoint. Still, Renegade Kid wouldn’t have it any other way, as other games of this type – particularly the original Metroid – worked the same way, forcing you to learn from your mistakes and eventually become a better space warrior in the process.

Even though it’s rather short in length – it can probably be beaten in about four or five hours on a good weekend day – it’s the kind of Metroidvania (a term defining open-world exploration on a 2D level, like the Konami classic Castlevania: Symphony of the Night) experience that fans of the developer will appreciate, while newcomers will get something out of it as well. And who knows, this may just be the sort of game that introduces a new generation to classic Metroid games in the process – after they beat this one, of course.

Renegade Kid’s Xeodrifter is available for download now on Wii U, Steam and 3DS. It’ll also release for PlayStation 4 and PS Vita this Tuesday. To get a better idea of how the gameplay comes together, check out the trailer below.