Netflix has become a bit of a hot spot for interesting, unexpected, and experimental movies like The Night Comes For Us and Okja. Netflix’s new martial arts series Wu Assassins looks to take that to the next level with a food anime-inspired story about a San Fransico chef who discovers that he actually has the powers of the titular Wu Assassins.

The trailer is an all-out action explosion as The Raid’s Iko Uwais showcases his incredible fighting skills as the central chef who discovers that his life is actually far more complicated and exciting than it originally seemed. The official description of the show hints at the time-hopping story that is hinted at in the trailer. “Wu Assassins follows Kai Jin, a young Chinatown chef in present-day San Francisco, as he becomes entangled with the Chinese Triad’s pursuit of deadly ancient powers known as the ‘Wu Xing.’ After an encounter with a mystical spirit, Kai reluctantly becomes the Wu Assassin, using his enhanced martial arts skills to recover supernatural powers from five modern-day criminals threatening to use them to destroy the world.”

We’ve been a fan of Uwais since he blew our minds in The Raid so we’re happy to see him in another starring role here, he’s not the only impressive martial artist though as he’s joined by Lewis Tan (Iron Fist), Mark Dacascos (John Wick 3), and JuJu Chan (Savage Dog.) Though the fantastical story is at the center of this trailer we’re hoping that the series takes advantage of the top tier martial arts talent that they have with some awesome fight choreography alongside the bonkers magical boy storyline. 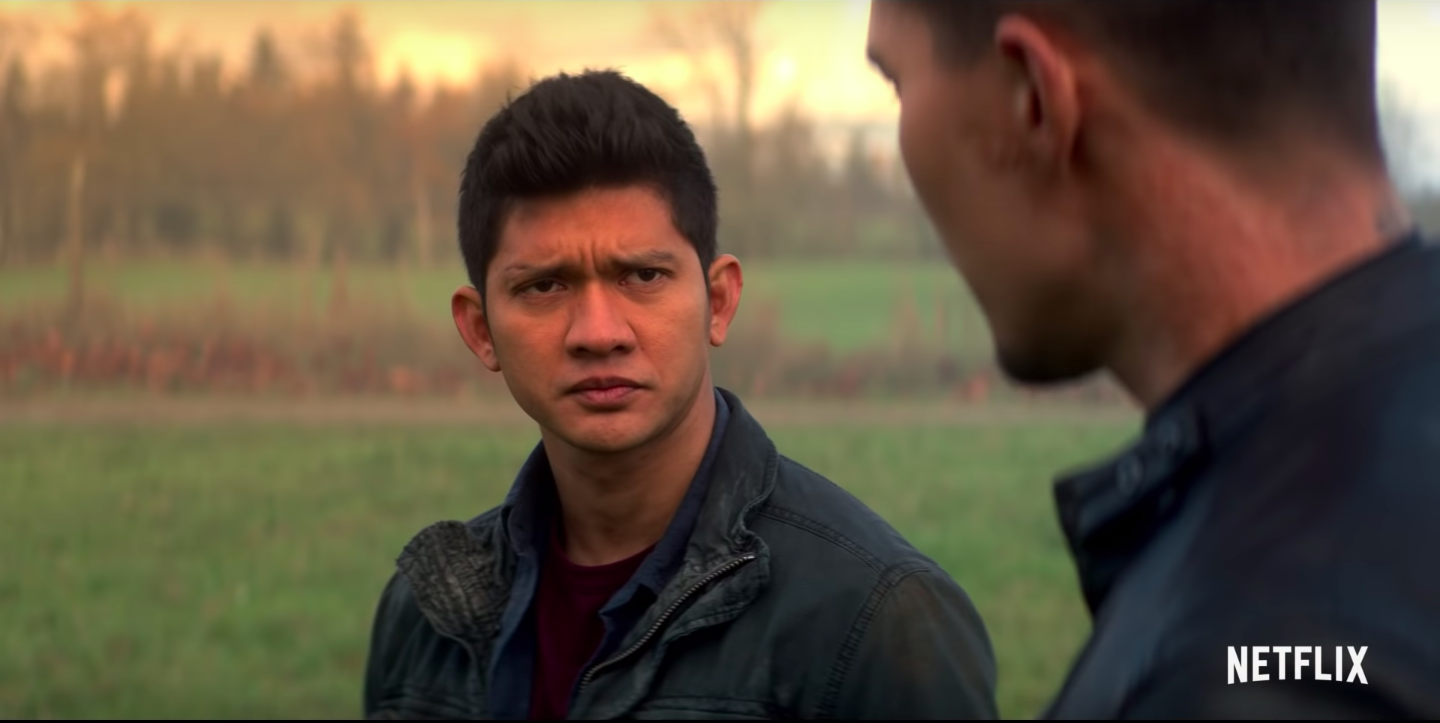 The show hits on August 8 and we cannot wait to see if it lives up to this wild trailer that hints at cooking, killing, and a whole lot of butt-kicking. The show comes from an unexpected creative team of John Wirth (Terminator: The Sarah Conner Chronicles) and Tony Krantz (Mullholland Drive) so we have high and very weird hopes for this strange martial arts/live-action cooking anime series.